Glentoran came from a goal down to win at Carrick Rangers on Tuesday night. A second half double from Jonathan Smith and Curtis Allen was enough to overcome TJ Murray’s opener and give the Glens 3 points. Manager Gary Haveron made 4 changes to the side which lost in disappointing fashion on Saturday with Karl Hamill, Salou Jallow, Jonathan Smith and Chris Lavery replacing James Ferrin, Ross Redman, Conal Delaney and Stephen O’Flynn. 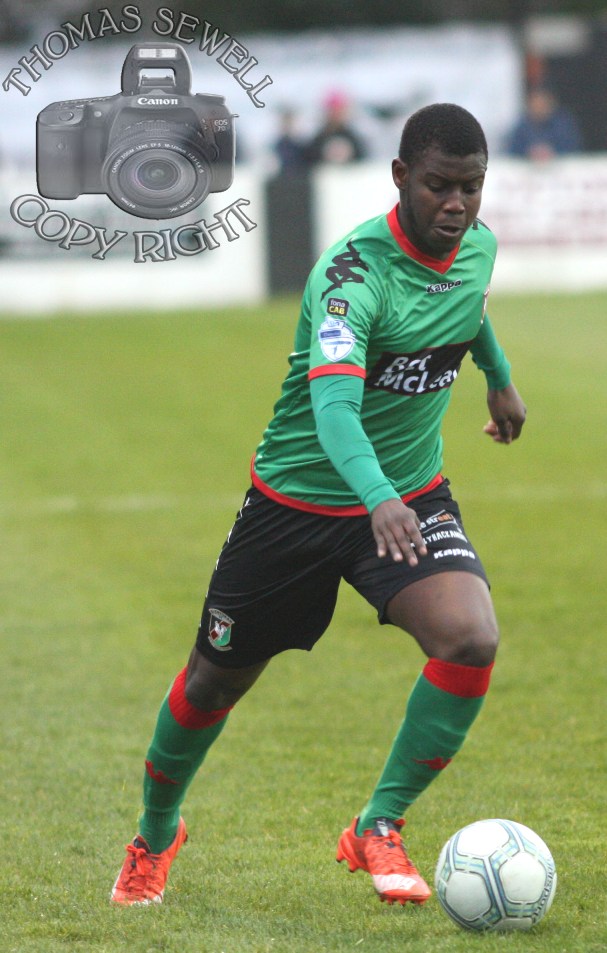 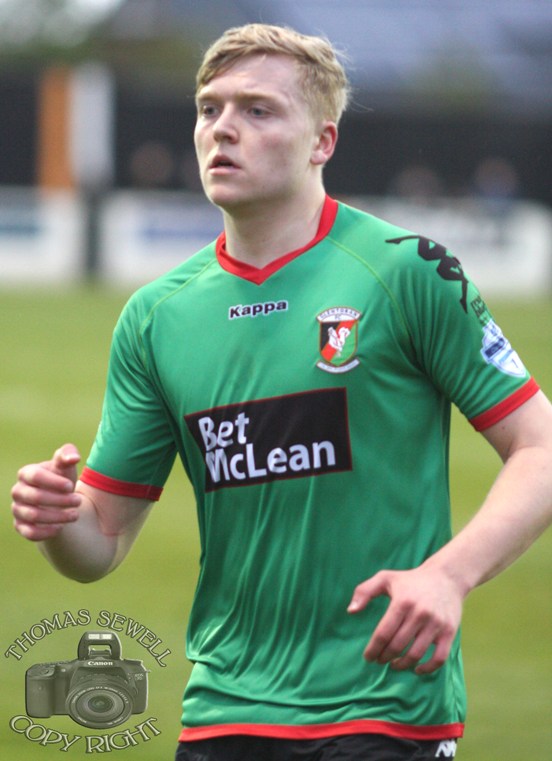 Glentoran were the brighter of the two teams in the first half, Karl Hamill showed promise, attacking from right back and Chris Lavery displayed flashes of skill on the left but couldn’t find a final ball to carve out a chance.  Despite this, the early stages of the game had an end of season feeling, with the only real goal bound effort coming from Marcus Kane, his header from an excellent whipped Foley free kick was straight at Neeson in the home goal. Both sides were struggling to create clear cut chances, Sean Noble looked lively enough for Carrick, on the half hour he combined well with Rice but his cross couldn’t pick out Daniel Kelly at the back post, Hamill just doing enough to cover. With 10 minutes to the break the first real flurry of activity came, Chris Lavery got to the bye line and crossed low for Smith but the forward could only deflect the cross weakly at Neeson. Immediately Carrick responded with the best chance of the half, Noble drilled in a cross which Morris parried, Lee Chapman got to the loose ball first and probably should have scored but Morris saved well. Just before the break Hamill was once again on the attack but his shot was blocked after excellent work by Jallow to win possession 25 yards from goal. Halftime in a largely uneventful half Carrick Rangers 0-0 Glentoran. 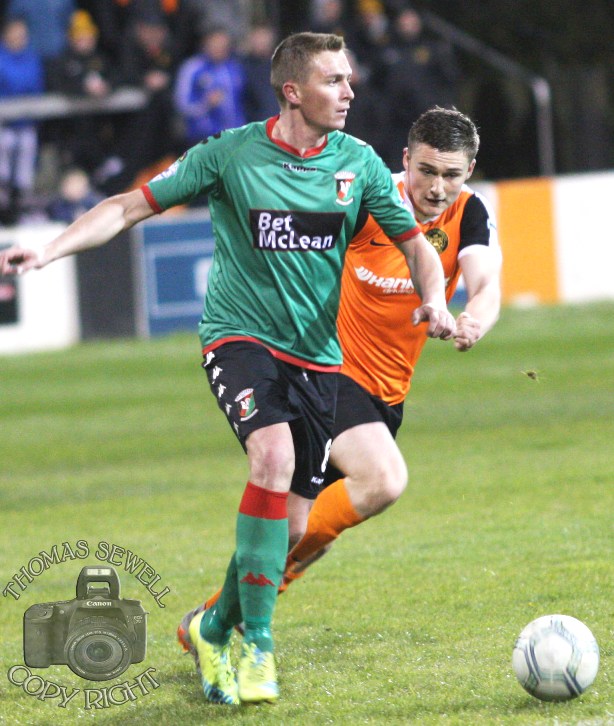 As they did the first half, Glentoran started the second on the attack, Smith forced a couple of corners from which Magee headed over and Neeson rose well to prevent a certain Curtis Allen tap in after Hamill and Jallow linked well to cross. However after 58 minutes the home side took the lead, Chapman was allowed to get a cross in from the right and TJ Murray out strengthed two defenders to loop a header beyond Morris. In a strange sequence of play after cushioning the initial cross directly up the air, Murray was able to reset and win the ball a second time before a challenge came in, perfectly picking out the corner of the net. In a perfect response, almost instantly Glentoran were level. Salou Jallow skipped by McCullough and crossed deep for Allen, Curtis headed down into Jonathan Smith’s path and he athletically poked the ball beyond Neeson to equalise. Glentoran then went close again as Addis headed Foley’s corner over the bar from close range. Carrick responded well to the Glentoran leveller and created a series of opportunities. With 20 minutes remaining Jay Magee recovered well to deny Noble just as it looked like the Carrick front man was in on goal, then shortly afterwards Aaron Smyth scuffed his shot well wide after good hold up play from Eamon McAllister. 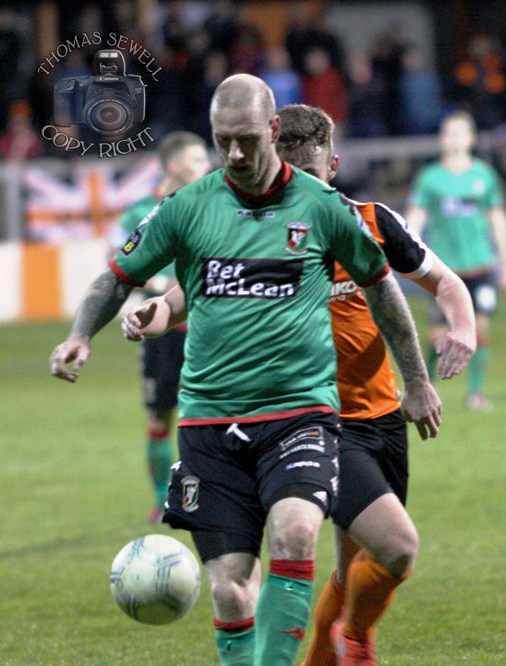 The home side had appeals for a penalty waved away after Glens substitute Stephen O’Flynn handled the ball just outside the penalty area, with the home side believing the former Crusaders frontman was inside the area. The resulting free kick was wasted and from that Glentoran broke to win the game, Smith and Kane combined to find O’Flynn, he turned and fired a low ball towards goal which broke beautifully for Curits Allen, the Glens leading scorer made no mistake, sweeping home first time to give Glentoran the win. Carrick’s only opportunity to equalise came in the 89th minute as Fra Rice had a 25 yard free kick well saved by Elliot Morris and Glentoran held on. A deserved victory for the Glens but one that appears to have come too late to salvage anything from this desperately disappointing campaign. Next up is the visit of newly relegated Portadown on Saturday in the penultimate game of the season. 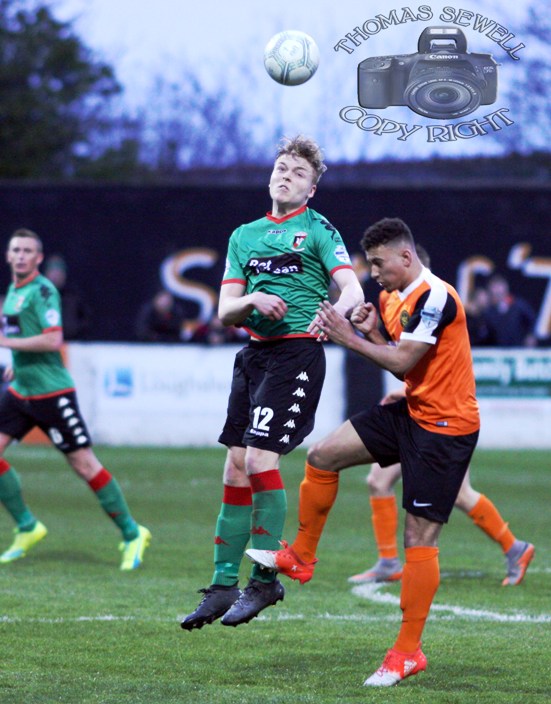