Brilliant Glens bounce back in style

After Boxing Day's disappointment, Glentoran responded in the best possible way with a 5-0 win at The Oval against Donegal Celtic. The Glens only made one change with suspended Stephen McAlorum being replaced by Mark Clarke. The game started slowly for The Glens with Celtic going close early on after a dangerous cross was flashed across Elliott Morris' 6 yard box. 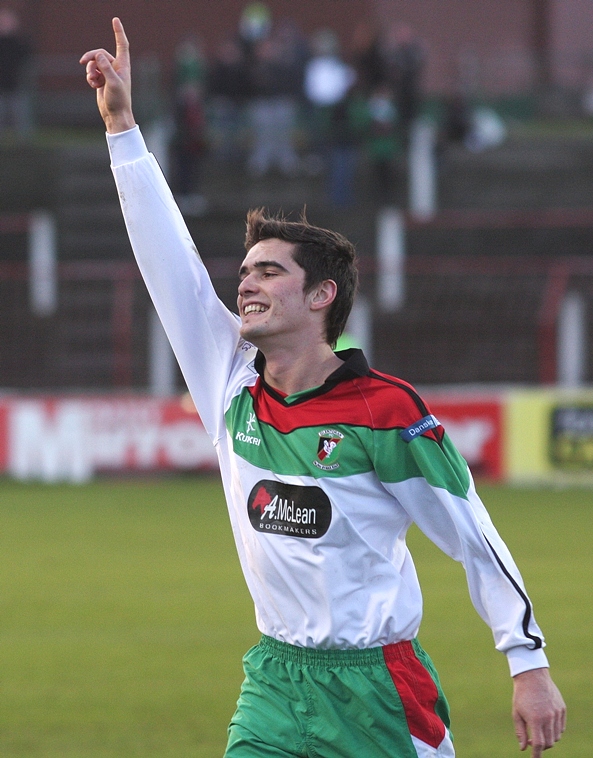 But the Glens started to grow in the game and grow in confidence. On 26th minute the breakthrough came. After a long ball upfield, Stephen Carson took the ball down and crossed into the middle. The header clear was straight up in the air to the edge of the box where Richard Clarke fired home a fantastic volley. The first goal seemed to give Glentoran the lift they needed and quickly doubled their lead through Jimmy Callacher (33). Carson's set piece was swung in well and Callacher nodded the header on. Donegal Celtic goalkeeper John Connelly perhaps could have done better but the ball looped over him into the net.

At half time, Glentoran Seconds paraded the Steel and Sons Cup around The Oval to a warm reception form the Glentoran support.

The second half began slowly with neither side able to gain control of the ball. Andy Waterworth thought he had provided the 3rd after he took the ball off DC keeper John Connelly but the referee harshly deemed it a free kick and ruled out the goal. The referee was centre of controversy again moments later after a fantastic splitting pass from Waterworth sent Richard Clarke in on goal. Clarke was only 6 yards out when as he pulled the trigger he was pushed off the ball from behind. Again the referee made a decision Glentoran fans disagreed with as he waved play on.

Frustration eventually turned to delight as Glentoran got a third goal on 70 mins. Stephen Carson once again with the 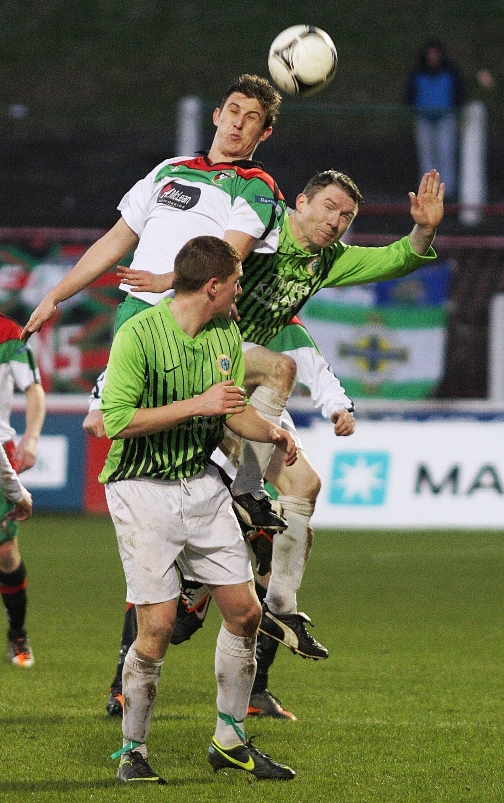 assist from another free kick sent in to back post. Jimmy Callacher's header was blocked but Mark Clarke managed to force it over the line. The pace in Glentoran's play had picked up dramatically and the midfield were starting to move the ball far more freely in the opposition half. Just one minute after the third, Richard Clarke played an excellent ball through and Stephen Carson went from provider to scorer as he beautifully curled home into the top corner to make it 4-0.

Donegal Celtic were soon after awarded a penalty after a push on the back. Mark Miskimmon stepped up but saw his penalty bounce back off the bar. Glentoran continued to impress, Richard Clarke in particular was fantastic in midfield. He surged onto an Andy Waterworth flick and was denied a second only by a smart save by Connelly. The 5th goal did come on the 89th minute as substitute Jim O'Hanlon glided into the Celtic box only to be tripped from behind. The referee this time awarded the penalty and Andy Waterworth put the icing on the cake with an excellent finish in the top corner. The goal was thoroughly deserved by Waterworth after another good shift put in as the lone striker.

This convincing win sees Glentoran rise above Coleraine into 4th with the potential to take over Linfield into 3rd if we win our game in hand. Our next fixture is against Coleraine at The Showgrounds on New Year's Day.

Subs: O'Hanlon for Carson, Bradley for Magee & Gordon for Callacher.