It was Groundhog Day for the long suffering Glentoran supporters as another defensive error and a refereeing blunder seen us slump to another defeat in a game from which we probably deserved a point. 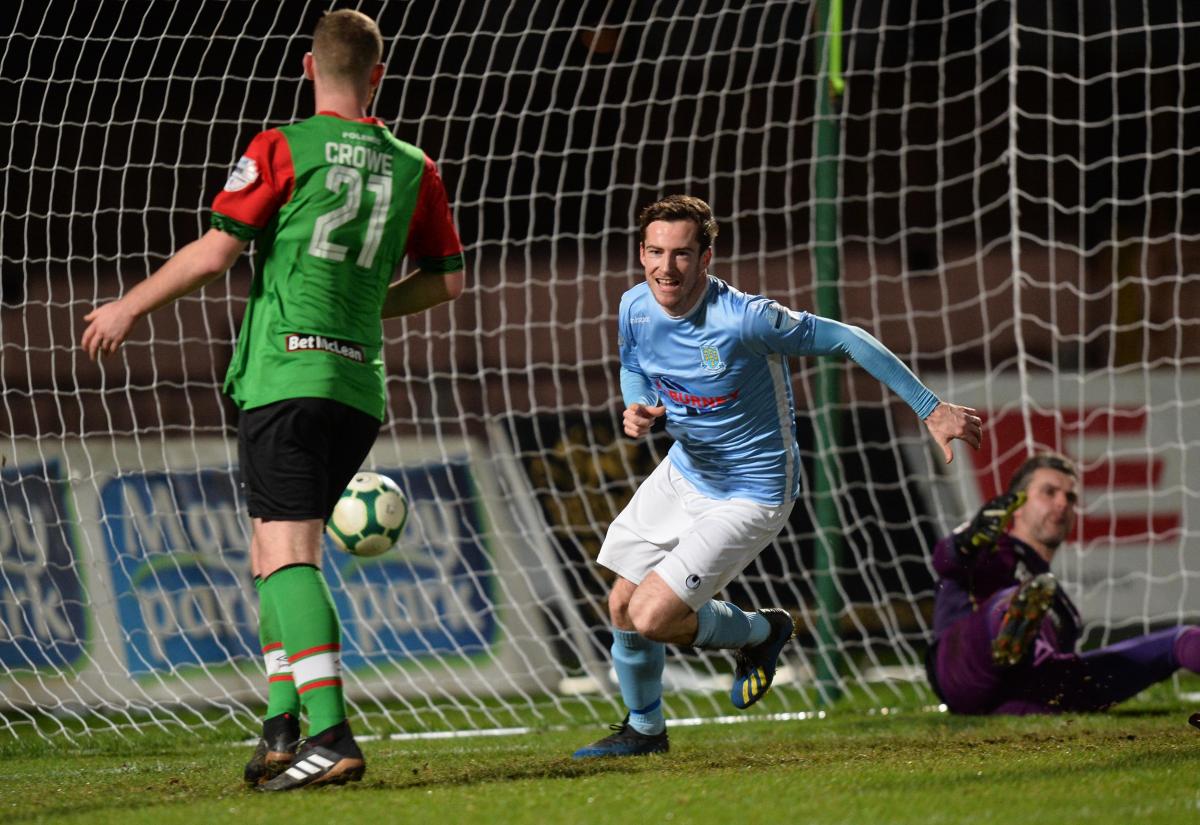 Manager, Ronnie McFall stuck with the same starting XI from last Saturday and on a cold and windy evening at the Ballymena Showgrounds there was little for Elliott Morris to do in the opening 20 minutes or so as the home side, despite having the wind at their backs, failed to create any real clear cut chances. On 25 minutes though, the Sky Blues went in front when a cross from the left caught the Glentoran defence napping and Andy McGrory nipped in to fire the ball past Morris from close range. Just before the half hour mark the Glens were almost gifted an equaliser. A long punt into the opposition box from Willie Garrett was spilled by the goalkeeper but Curtis Allen's effort only found the side netting. 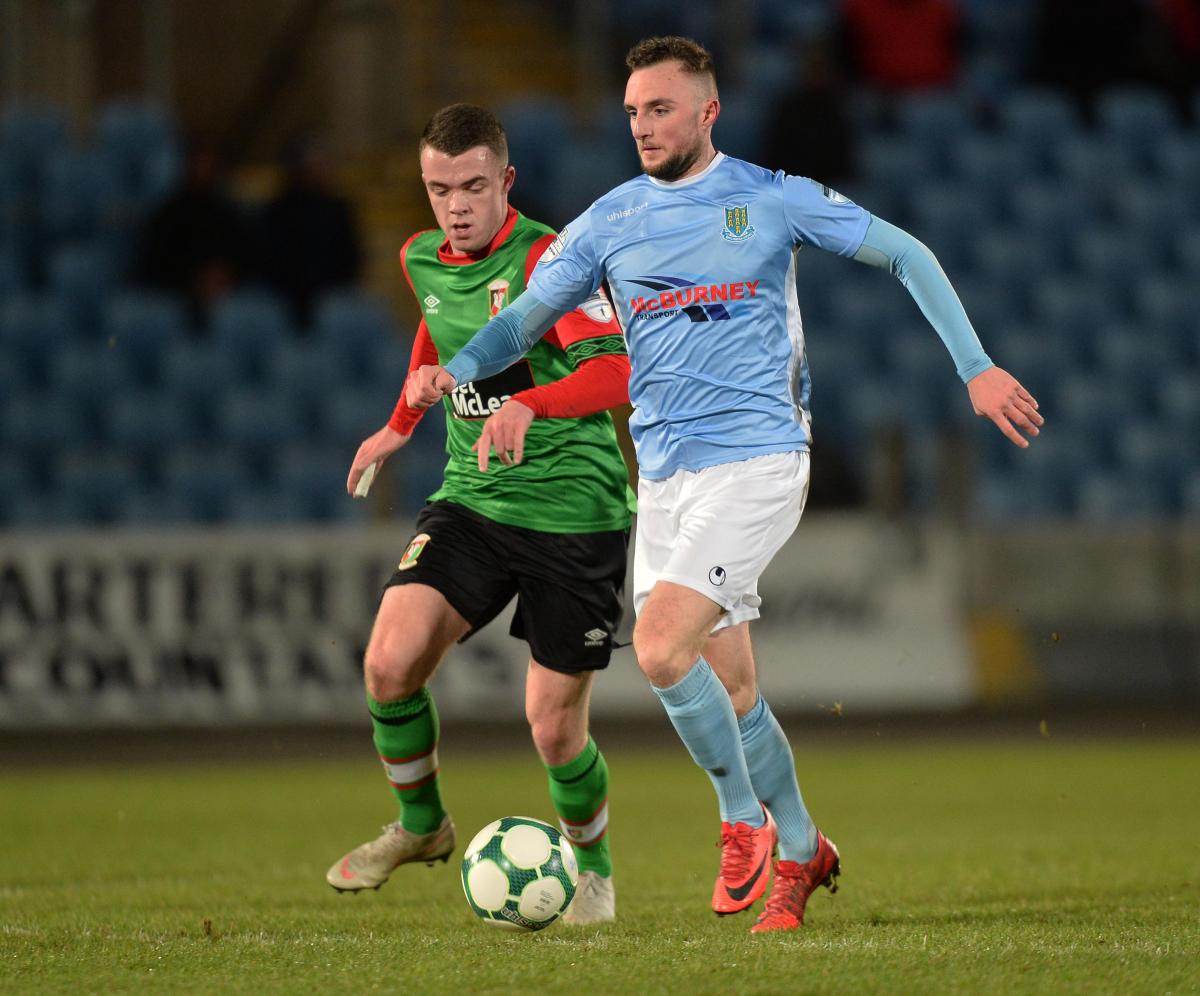 8 minutes into the second half the Glens did draw level. The ball was played out to Ross Redman on the left and his cross into the box was headed into the corner of the net by Curtis Allen. With the early second half goal and the advantage of the strong wind Glentoran must have fancied their chances of getting something from the game but received a set back 3 minutes after the goal when the dangerous Robbie McDaid was forced to leave the action due to injury. His replacement, Peter McMahon was then involved in a neat passage of play with Nathan Kerr whose low cross was put just wide by Marcus Kane. Chris Gallagher then had a chance with a 25-yard free kick. The ball struck the defensive wall but eventually was picked up by Nathan Kerr but he screwed his shot wide. 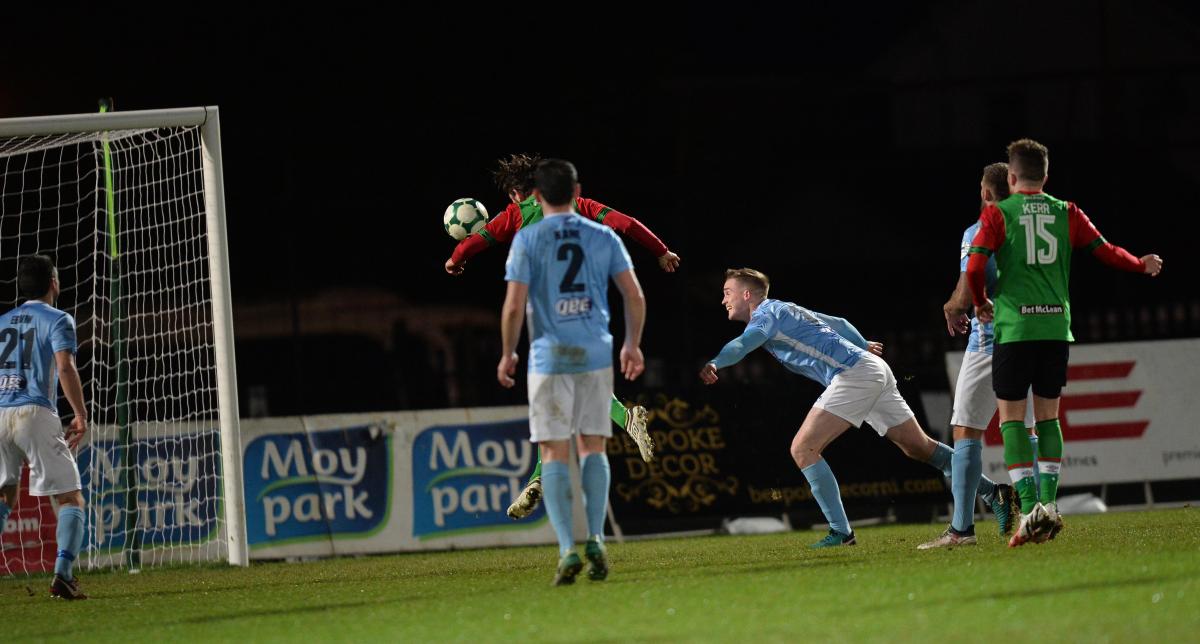 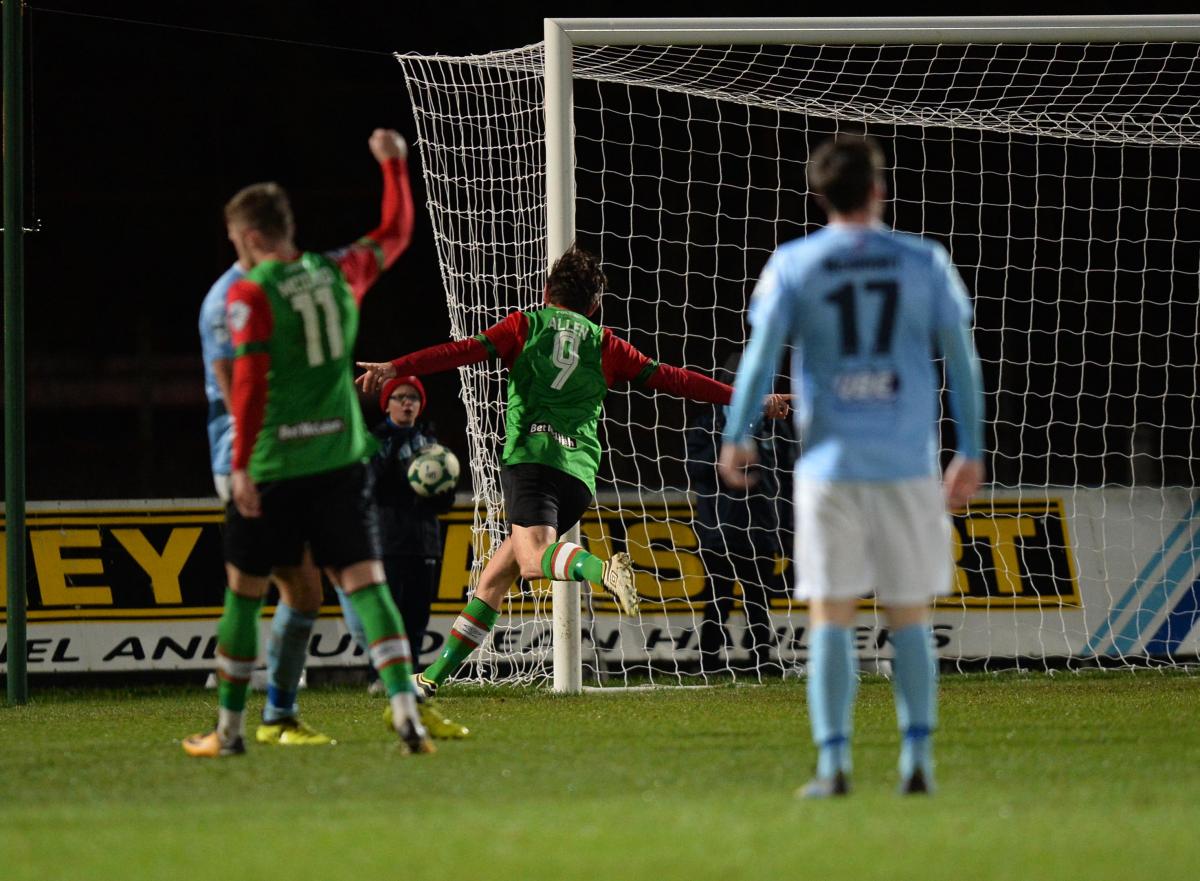 On 73 minutes a needless tackle by Garrett on Ballymena substitute, Cathair Friel saw referee Tavinder point to the spot and Tony Kane, also on from the bench, sent Morris the wrong way to put the home side back in front. Glentoran continued to press forward in search of an equaliser but were frustrated by mis-placed passes and time wasting tactics by the home side. Nathan Kerr did set up an opportunity for Curtis Allen with a neat chip into the area but Allen's shot was straight at the United keeper. In the three minutes of added time Glentoran should have had the chance of a second equaliser from the penalty spot when Calum Birney was clearly fouled inside the area. The hapless Tavider and his band of assistants all failed to see the clear shirt pull and waved play on! 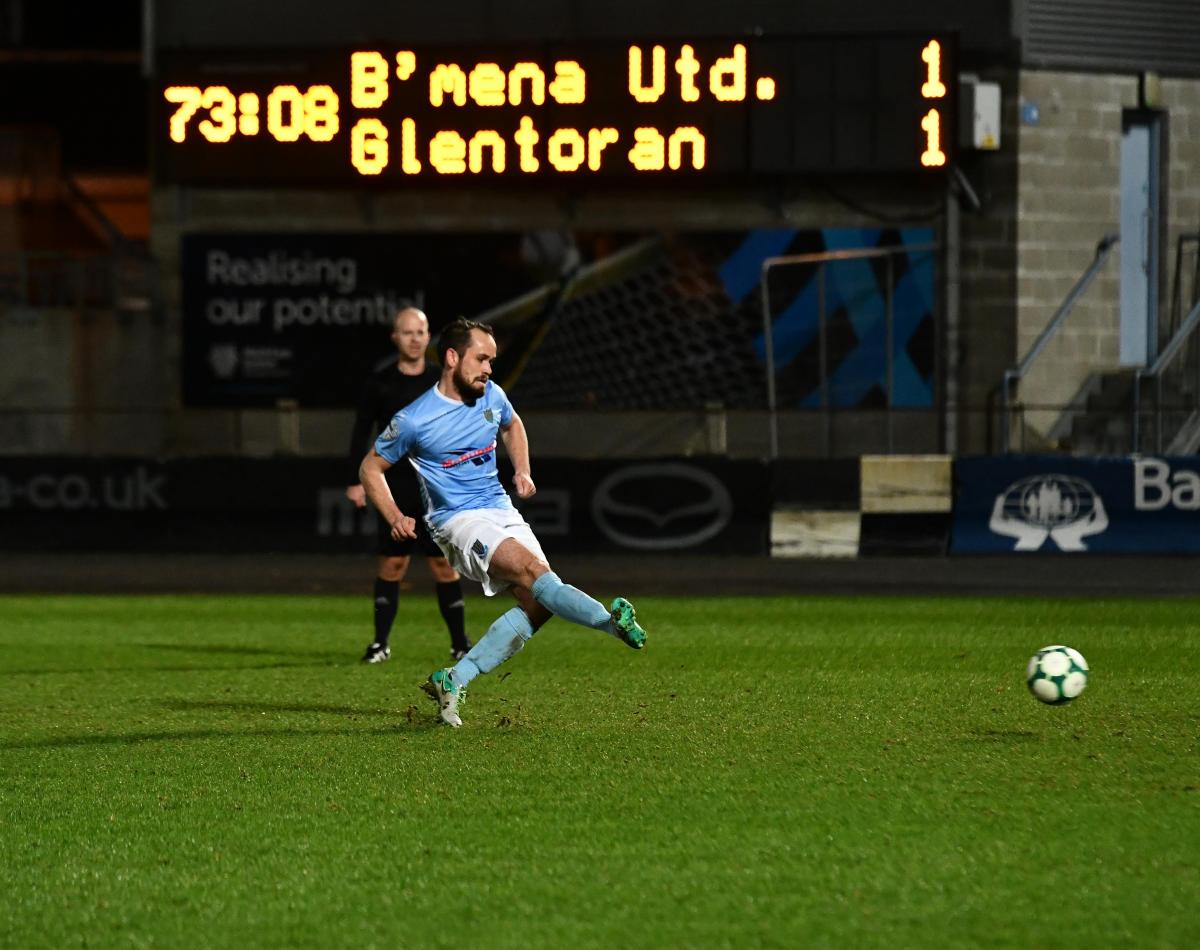 So more points dropped from yet another defensive blunder and the failure of the referee to spot a clear offense. Glentoran players and supporters confidence in the officials must surely be at an all time low. 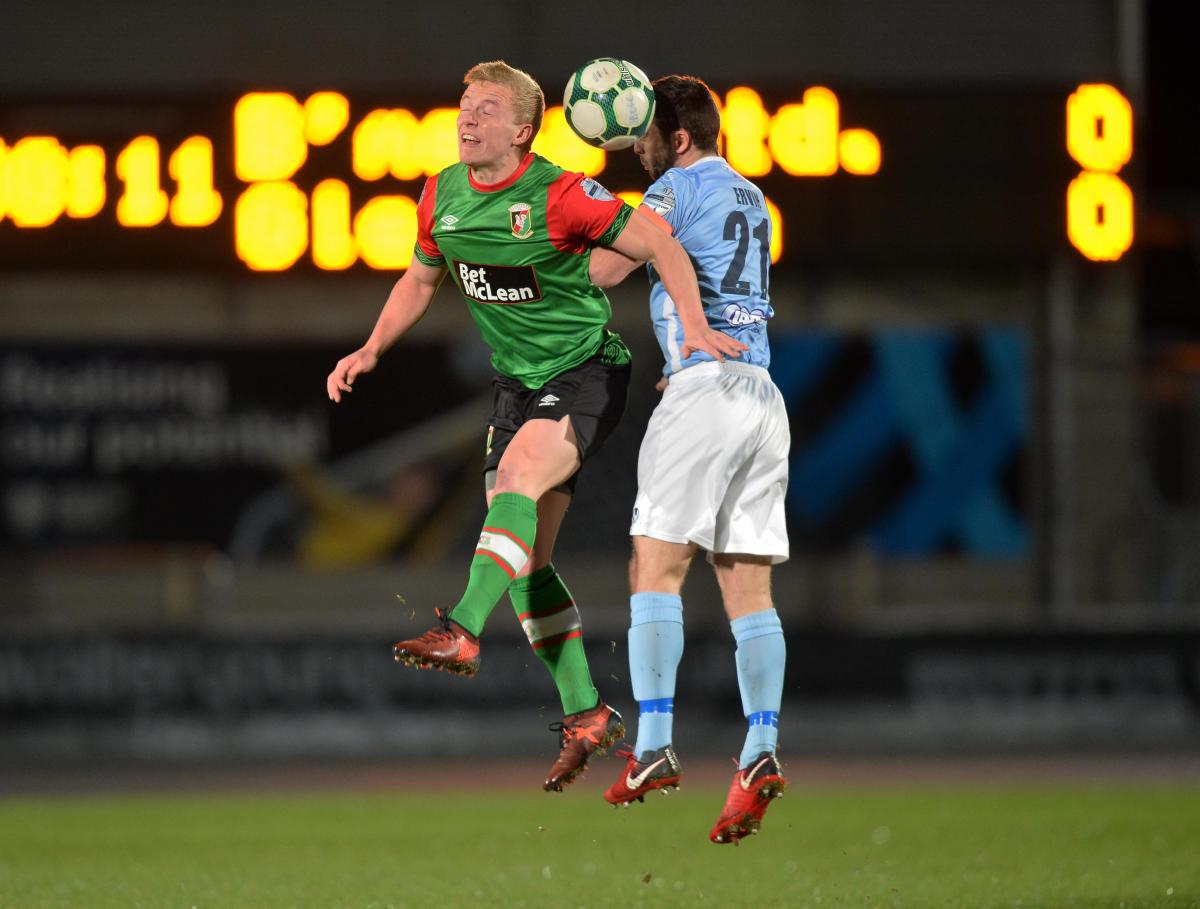