Goals from John McGuigan and Curtis Allen gave Glentoran their first points of the season in a comfortable victory away to Ards.  Ronnie McFall named an unchanged starting eleven from last week's last gasp defeat to Cliftonville with new signing Lee Chapman taking his place amongst the substitutes. 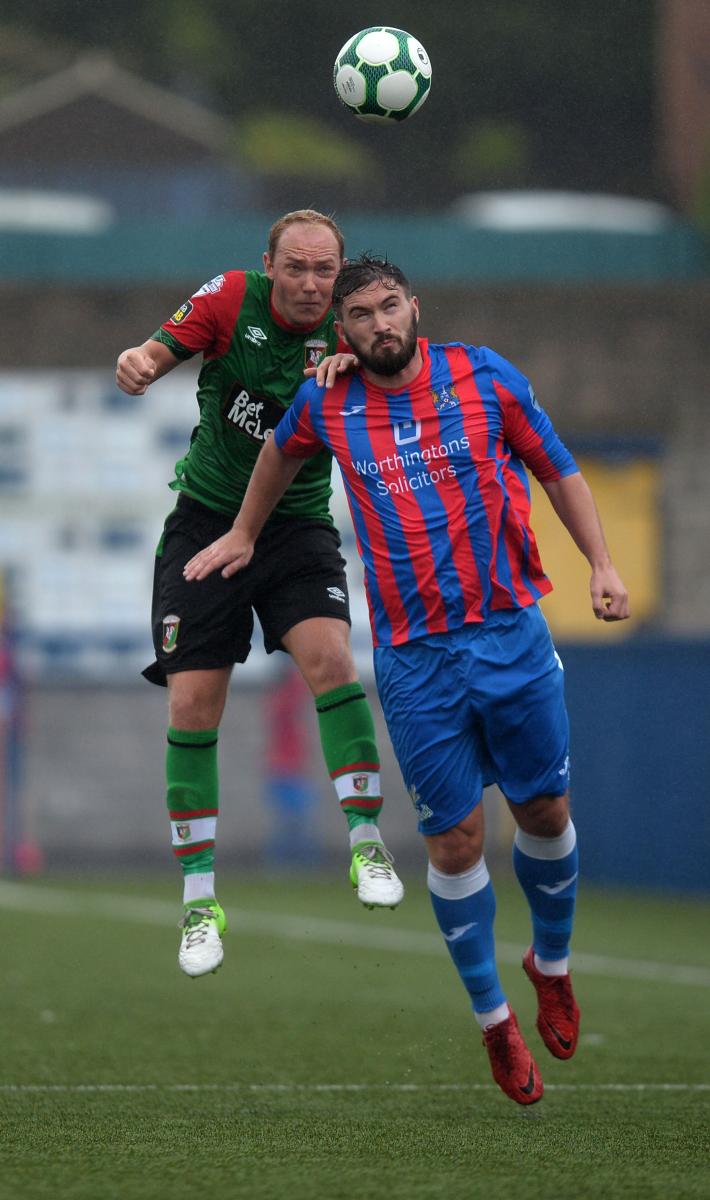 Ards started the brighter of the two sides, coming close after six minutes when David Elebert's header following a corner was cleared off the line by Curtis Allen and Elliott Morris saved well from the follow-up effort.  Peter McMahon had a great chance soon afterwards, finding space in the box but his touch was too heavy and the chance was gone. The home side were next to threaten as Sean Noble was put through on the visitors' goal but was well challenged by Willie Garrett.  Unfortunately for Ards Noble sustained what looked like a nasty injury in the incident and was stretchered off and there was further misfortune not long afterwards when centre back Elebert also had to retire.

The change in personnel for Colin Nixon's side seemed to work in the Glens' favour as pressure started to build on the Ards goal.  Midway through the half a nice lay off from McMahon saw John McGuigan's low drive well saved by Ards 'keeper Samuel Johnston.  But McGuigan wasn't to be denied as just three minutes later he flicked a header goalwards from a Dylan Davidson free kick, the ball taking a nick off a defender, wrong footing Johnston and finishing in the back of the net.  Another free kick almost saw the Glens double their lead when Willie Garrett's long range pile driver crashed off the post and away to safety. 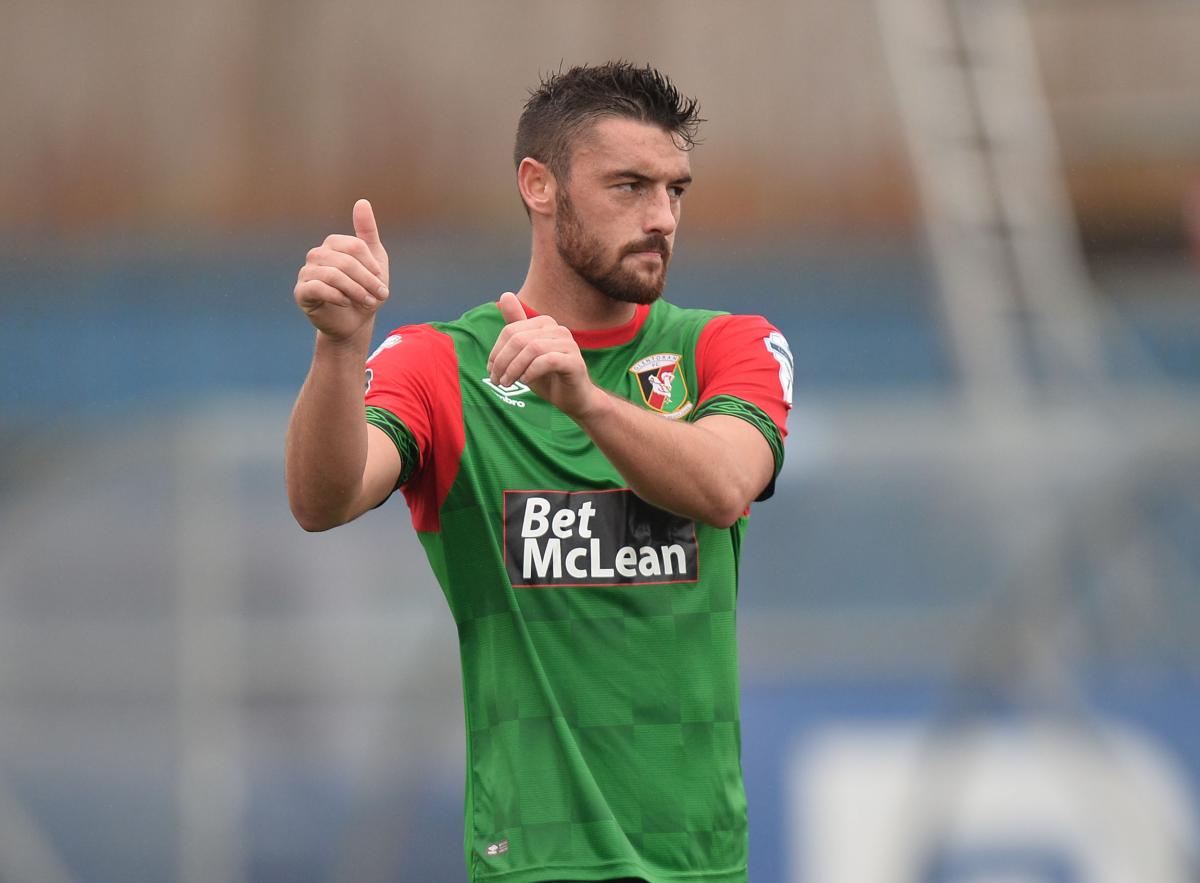 The Glens tails were up at this stage with recent signing Conor Pepper pulling the strings in midfield.  Another McGuigan header brought a good save and forced an Ards defender to clear the rebound over his own crossbar while McMahon should have done better when he blazed over from 12 yards after being found in acres of space by Ross Redman.  But the pressure finally told a minute before the break as a Davidson cross ran right along the six yard line allowing an unmarked Curtis Allen to poke the ball home at the far post. 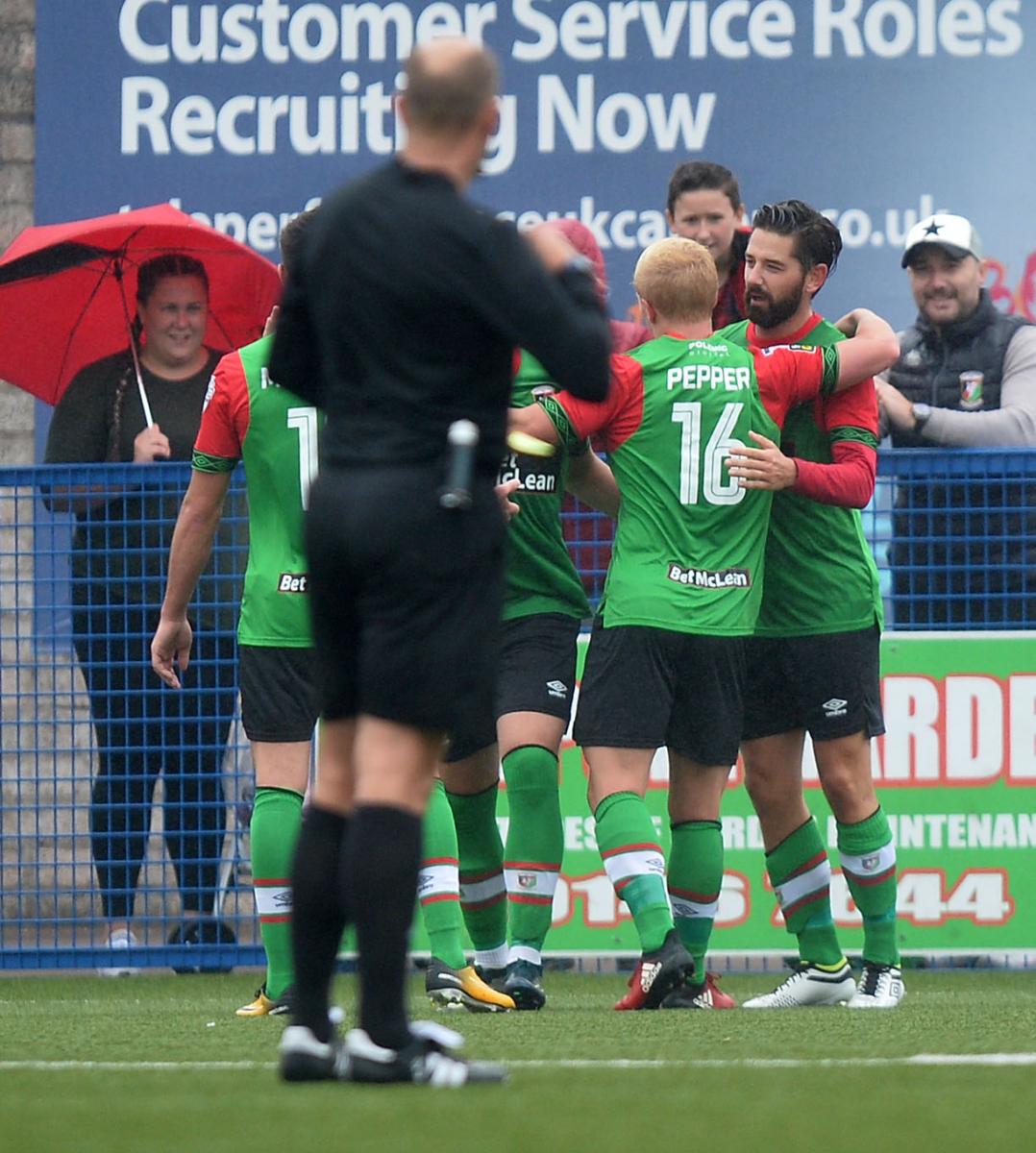 Ards' luck didn't improve as they were forced to make their third substitution for the second half, former Glens midfielder Kym Nelson forced off after sustaining an injury just before the break.  The second period was a much tamer affair with the Glens content with their two goal cushion but Ards unable to pose any real threat on Morris's goal.  It was the same story at the other end with Johnston easily dealing with a Davidson effort after 77 minutes.  There was a brief flurry from Ards as Jonah Mitchell brought a good save from Morris with a shot from a tight angle but the Glens looked the likelier scorers, Marcus Kane's header from another Davidson free kick looking goalbound until it inadvertently struck Curtis Allen. 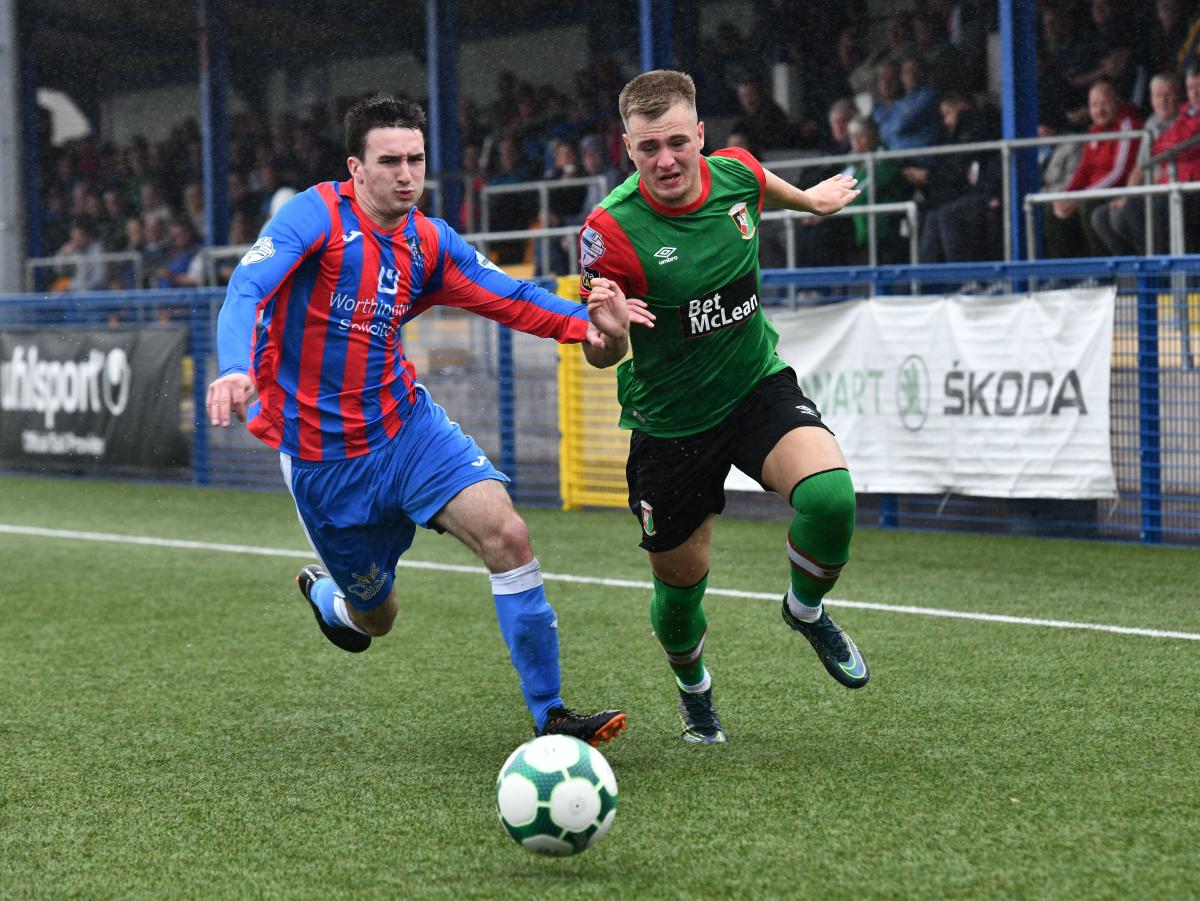 In the end the result never looked in doubt from half time onwards as the Glens got their first points of the season on the board after a comfortable afternoon's work.  A much tougher test may well await next Saturday as Irish Cup holders Coleraine make their first visit of the season to the Oval.