We’ll never know how this game would have turned out had it been 11 v 11 for 90 minutes. A moment of madness in the 5th minute left Glentoran with 10 players. All 10 (plus the 3 substitutes) put in a magnificent shift and manager, Eddie Patterson and the fantastic Glentoran support can be extremely proud of their performance. Ultimately though, it was another Boxing Day defeat and who knows how vital those points may turn out to be, come the end of the season.

Apart from the correct decision in sending off Stephen McAlorum, referee David Malcolm was extremely lenient with his cards in a feisty first half. A very late tackle on Jay Magee by Matthew Tipton just prior to the sending off, went unpunished. Linfield then went close to opening the scoring with Tipton hitting the crossbar. In the 20th minute McCaul went close for the Blues whilst at the other end, Andy Waterworth’s shot was deflected for a corner by Watson. 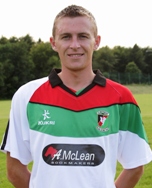 A minute later Glentoran went in front. Stephen Carson whipped in a corner from the left and Jay Magee rose above the Linfield defence to head home. The home side came close from a corner of their own 2 minutes later but the ball was scrambled off the goal line. On 32 minutes the Glens had a great chance to go two up. Stephen Carson did really well to create space in the area before firing a shot wide from a narrow angle. Had the ball been squared across the 6-yard box, David Howland would have had a tap in! Tipton headed wide (35) and then Elliott Morris made a fantastic save from Johnny Black’s long range effort (37). 5 minutes from the break the superb Calum Birney blocked Gault’s effort for a corner.

Linfield started the second half strongly and Elliott Morris had to make saves from Tipton (49) and Mulgrew (52). On 53 minutes Andrew Waterworth, who led the line magnificently all day, won a corner. Carson took it and again found Magee but this time the big central defender headed over. 2 minutes later Waterworth broke clear on the halfway line but was stopped in his tracks by a late Carvill challenge. On 66 minutes a McCaul shot following a corner was turned behind at the post by Clarke. From the resulting corner Linfield players claimed that the ball had crossed the line but it was scrambled clear and the officials waved play on. On 74 minutes the Glentoran defence was finally breached. A free kick into the area was headed goalwards by Fordyce. It was blocked on the line but broke for McAllister and he poked the ball home from close range. 5 minutes later it was 2-1 to the home side. Morris did well to save from Fordyce but the ball fell to Ross Clarke in the 6 yard box and he forced it over the line. 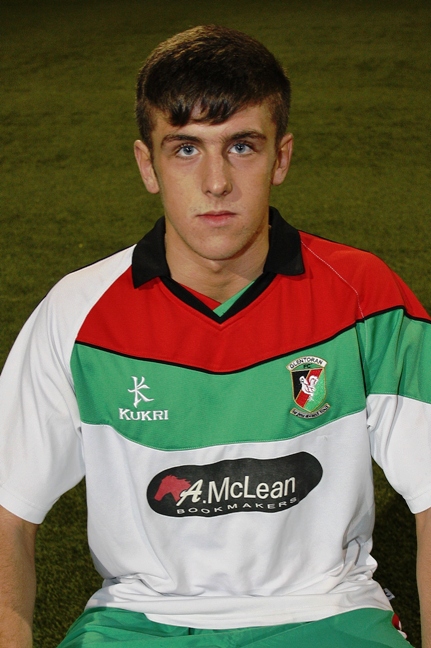 Note: Steven McCullough, who played 90 minutes for the Seconds in the Steel & Sons Cup triumph, made his debut as a 69th minute substitute in this game.