Like several others in the Oval dressing room, life has changed for Caolan Marron in the last month.

A surprise move to east Belfast for the Northern Ireland under 21 international has fulfilled one of his ambitions – to become a professional footballer. He is one of the latest recruits to the full-time ranks in Mersey Street in a season that has seen the landscape here change out of all recognition.

And he is already feeling the benefits of the switch from the part time game. “While I was playing with Glenavon I was going to the gym every day but there is still a big difference with moving into the full-time game. 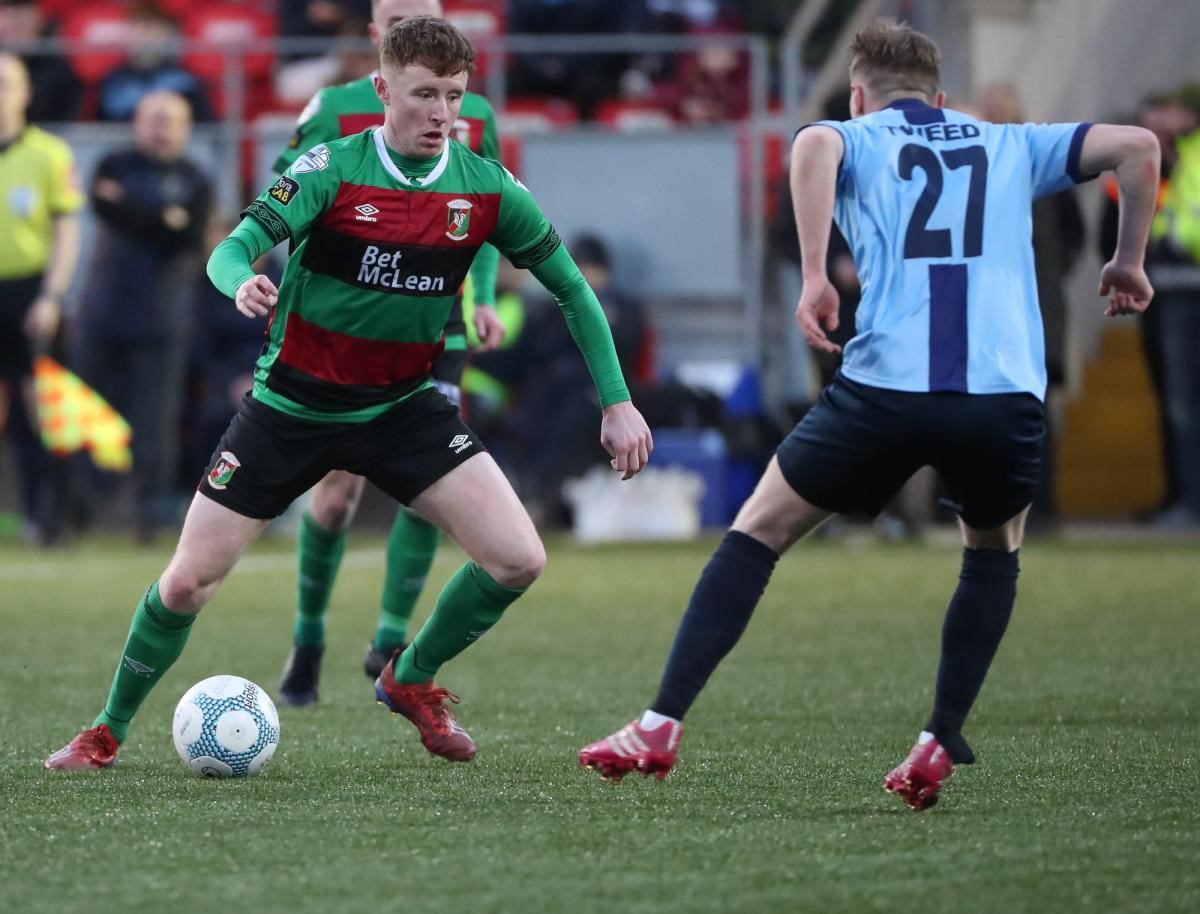 “Obviously I’m on the road a lot more, coming up to Belfast every day, sometimes with Ciaran O’Connor who lives in Dundalk and at times with Gavin Peers and Conor Pepper when they are coming up from Dublin,” the Newry man said. “And while it’s not that far it’s still a longer journey than travelling over to Lurgan.

“At the moment I’m trying to get used to the short time for recovering from the five training sessions throughout the week but I’m already feeling the benefit of the move,” Caolan added.

The 21-year-old defender feels fitness is a big factor in the local game at the moment as several clubs head towards a full-time model.

“I’ve already noticed some changes in body shape and I definitely feel stronger with the work we are doing,” Caolan said.

“The new gym at the Oval is first class and we can use it any time we like. The whole set up at Glentoran is as professional as it can be at the moment and it’s a big help to everyone in the squad.” 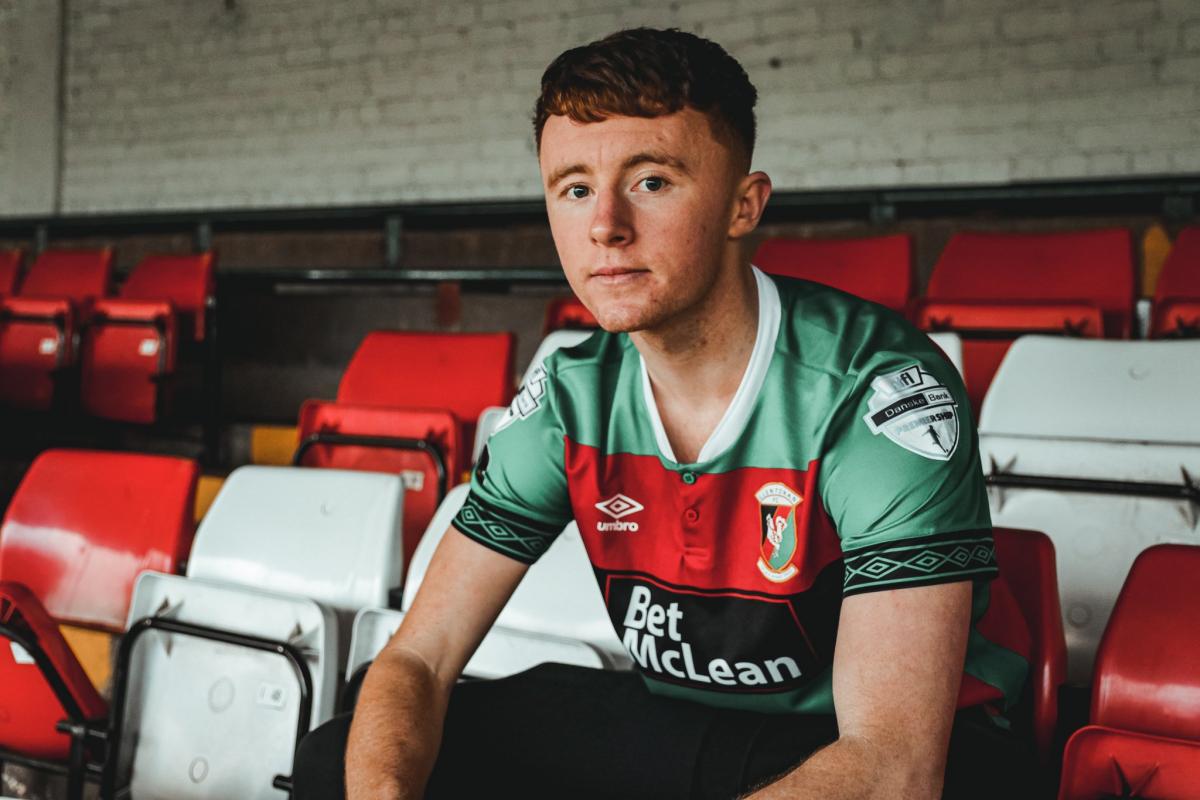 Unsurprisingly Glens number two, Paul Millar, was a major factor in Caolan’s move to the club. “We had a great bond while I was at Glenavon - I call him Uncle Windy - and when he left, I felt it was only going to be a matter of time before I followed him.

“After he left Mourneview I felt my form was going backwards so when the Glens came in for me, it was a fairly easy decision for me to make,” Caolan said.

“I didn’t know Mick before I came here although Windy had filled me in on what he is all about. His sessions are top class, he has a lot of experience gained through working with some big names in the game down the years in his time abroad.

“The kind of coaching I’m getting from him, Paul, Kieran Harding and John O’Kane is what I need at this moment to help improve me as a player,” he added.

Ultimately the young defender would like to break into the professional game in Britain.

“I’ve been linked with clubs in England and Scotland over the last couple of years and I’d be lying if I said I don’t like the idea of playing there,” said Caolan who has watched former teammates Mark Sykes and Bobby Burns break into the full-time game at Oxford United and Hearts respectively.

“However, the way I look at it is the experience I’m getting in the Irish League is good for me as I’m still only young. Without knowing what the future holds, a year or two as a full timer here will put me in good stead for whatever happens,” he added.

Surprisingly, Caolan, who lives at home with his mum Pamela and dad, Anthony, started out as a forward.

“I was brought up as a striker by my Dad who runs an underage team for a local club, Midway United, but I’ve played all over the place.

“But when people ask me what is my favourite position, I always answer centre back because that’s where I feel most comfortable,” Caolan said.

“However, I’ve started two games for the Glens at right back and when I’ve been away with the Northern Ireland under 21 team that’s where the management have played me.”

The Glens’ new defender already has considerable experience under his belt after making his debut for Glenavon at the age of sixteen.

“I know I played 93 games for Glenavon in my time at Mourneview because someone else asked me that question, so I checked out the statistics,” Caolan said. “I only played one game for the first team in my first year there, but Gary and Paul began to play me a lot more regularly after that.”

“I didn’t make the first team there and ended up going back to playing for Midway. From there I got picked to play in the Milk Cup and that’s where the Glenavon scouts saw me.” 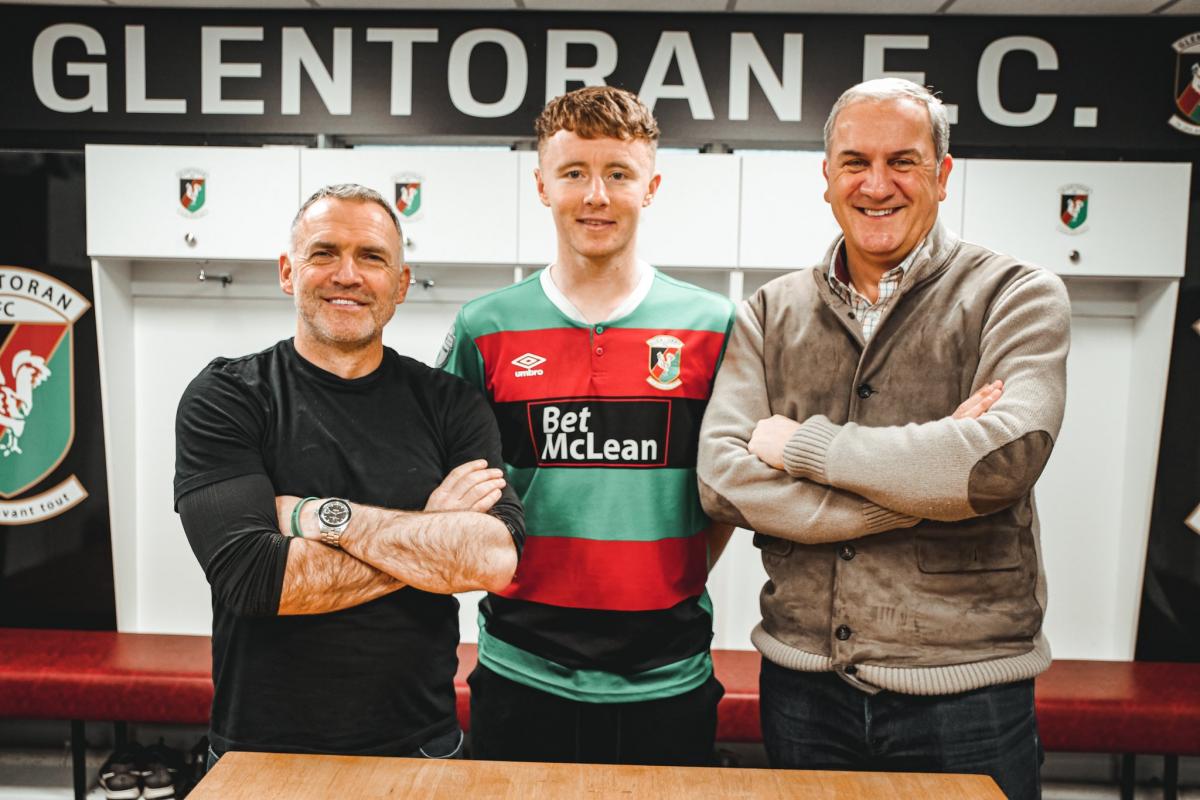