Gary Haveron made a few changes to the side following last Saturday's disappointing 2-2 draw against Dungannon Swifts at the Oval. For Tuesday night's game against basement side, Portadown, James Ferrin moved to right back with skipper Stephen McAlorum, making his 150th appearance for Glentoran, returning to the centre of midfield. Nacho Novo also started up front with Curtis Allen in a more positive looking starting line up. Marcus Kane was also back in the squad following a long injury lay off, taking one of the positions on the bench. 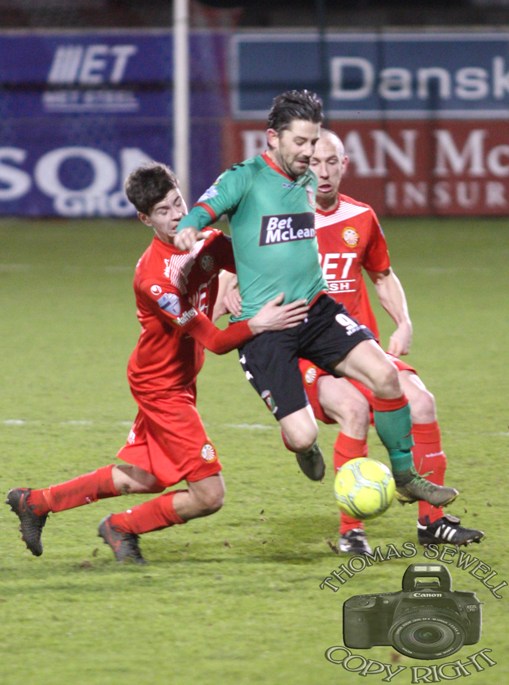 The Ports could have been reduced to 10 men as early as the second minute when Keith O'Hara appeared to kick Glens' keeper Elliott Morris in the face with Morris already in possession of the ball. Fortunately for the home side's skipper, referee Ian McNabb, took no action! The Glens support were incensed and McNabb, who refereed the Boxing Day fixture against Linfield, was unpopular again minutes later when Ciaran Caldwell broke forward from midfield. Despite being fouled, Caldwell went clear only for McNabb to pull back play and award the Glens a free kick when an advantage would have been preferable. 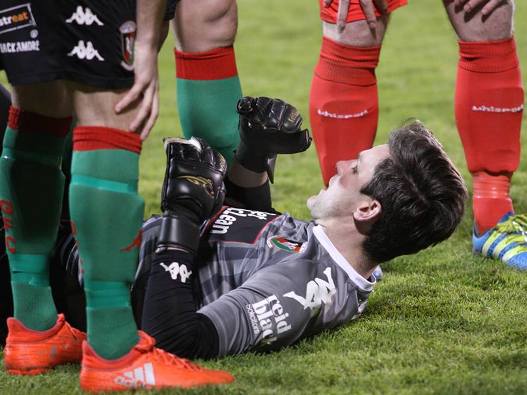 Nacho Novo had the first clear opportunity on 8 minutes when Curtis Allen picked him out with a delightful cross. Six yards from goal, Novo headed the ball straight at Ports keeper, Chris McGaughey and the chance was gone. A couple of minutes later in a rare attack, Brendan Shannon fired a cross shot across the Glentoran 6-yard box but it went wide of the far post. Curtis Allen sent a volley well over the bar before an excellent move down the left involving the impressive Chris Lavery and Ross Redman ended with McGaughey coming to Portadown's rescue. Allen and Novo then went close before the Glens took a deserved lead in the 20th minute. Aaron Harmon picked the ball up in midfield and fed Redman who put Lavery away on the left flank. Lavery skipped past Shannon and got to the byline before crossing to Curtis Allen who fired home from close range. 8 minutes later it could have been two as the Glens broke away following a Portadown corner. Allen and Novo played a neat one-two and with Caldwell breaking clear on the right, Allen attempted to thread a pass through to him. Unfortunately it was intercepted. 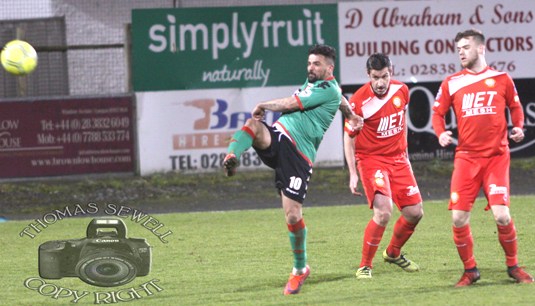 On 31 minutes though the Glens did double their lead. Stephen McAlorum picked out Ross Redman on the left. Redman got to the by-line before crossing to the back post where Nacho Novo collected the ball and steadied himself before drilling a low shot into the far corner. A superb strike and the little spaniard then went for goal again 5 minutes from the interval but this time his 30 yard effort went wide of the upright.  Halftime: Portadown 0-2 Glentoran. 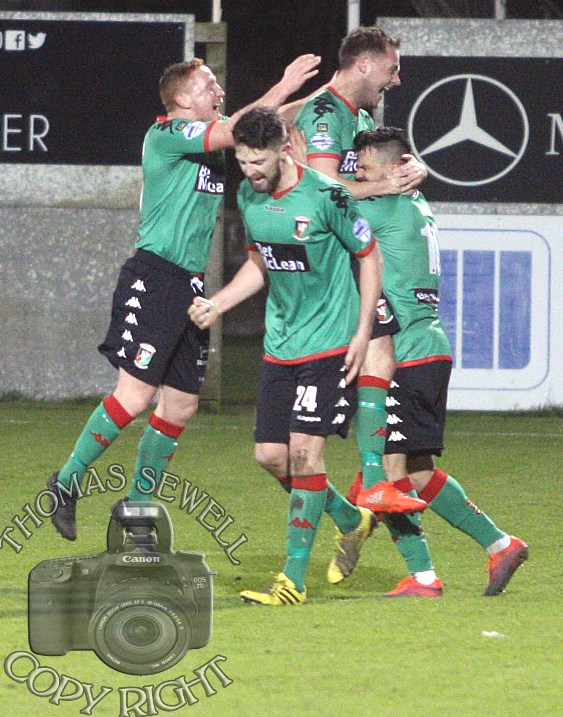 A 2-nil halftime lead...we'd been here before. When Redman's cross found Allen 6 yards out and the Glentoran number 9 headed straight at the keeper we were thinking 'Groundhog Day'. Not this time though. Allen's shot from the edge of the area, following an excellent pass from Ciaran Caldwell, brought a great save out of McGaughey in the Ports' goal. Aaron Harmon then headed wide from Chris Lavery's cross but the Portadown resistance ended on 72 minutes when Curtis Allen got his second goal of the game to give the Glens a 3 goal advantage. Caldwell crossed from the left and the young Portadown custodian misjudged his punch. the ball fell kindly for Allen and he smashed it home from 6 yards.

Chris Lavery should have made it four just 2 minutes later but, having picked up Allen's pass, he dragged his shot wide of the post. He made amends on 75 minutes though, running on to Jay Magee's long ball forward and outpacing Brendan Shannon before drilling the ball home. A superb finish and a goal that Lavery has deserved following a run of good performances. With Saturday's Irish Cup game in mind, Gary Haveron made a few changes and both substitutes, Stephen O'Flynn and Jonathan Smith came close to increasing the Glens' advantage. Smith did make it 5-nil on 83 minutes and again the goal came from some brilliant play on the left involving Redman and Lavery. Lavery picked out Smith in the area nd the young striker gave McGaughey no chance with his emphatic finish. 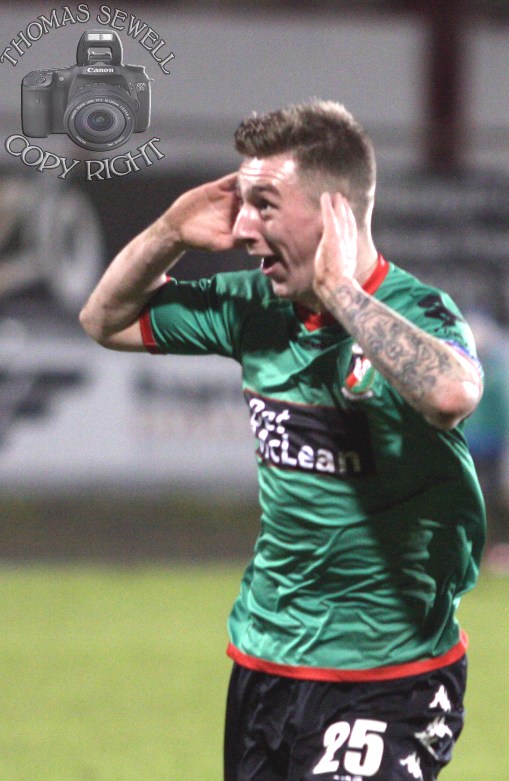