Glentoran Football Club is deeply saddened to learn of the death of goalkeeper coach Des McAleenan.

Des, a long-time colleague and close personal friend of Mick McDermott, spent all of the past two summers in East Belfast, coaching Glentoran's goalkeepers at all levels. He played an important role in the build up to our victories in the Irish Cup semi-final and final in July 2020, and in the subsequent Europa League ties against FB Torshavn and Motherwell. Des was in the changing room and on the coaching team for both cup matches, and anyone involved will understand the part he played in our success.

At the time of his passing, Des was goalkeeping coach to Carlos Queiroz’s Colombian national team. In a heartfelt and poignant tribute to his late colleague, former Real Madrid manager Quieroz said:

“The best of football is over for me, leaving with you today. RIP Des.”

Des grew up in Dublin and moved to the USA in 1988 to play for Central Connecticut State University for four years, where he also first began coaching. After various jobs in the Connecticut area, he was hired by Major League Soccer’s New York/New Jersey Metrostars franchise — latterly New York Red Bulls – where he stayed for nine years. During that period he worked alongside managers like Bob Bradley, Bruce Arena and Juan Carlos Osorio and coached keepers such as Tony Meola and Tim Howard before his move to Manchester United. 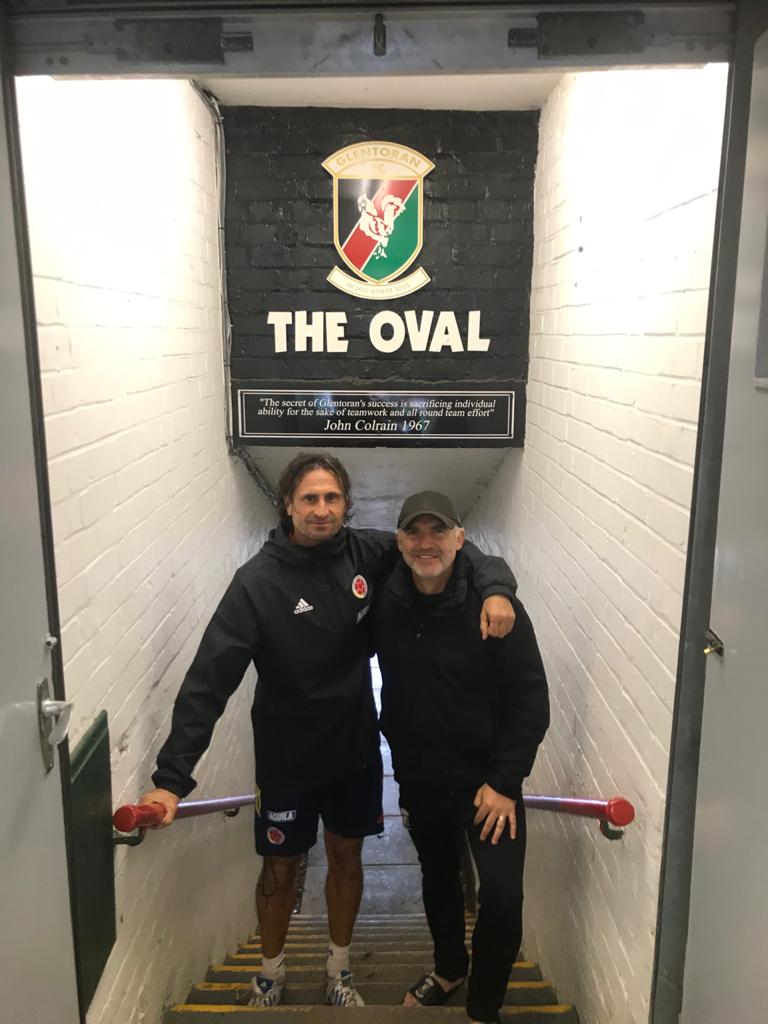 Mick McDermott paid tribute to his friend immediately after last night’s win in Dungannon: “It’s very sad to lose a friend and colleague of 25 years at any time, let alone so suddenly. When he was in Belfast he lived with us and my kids have always called him Uncle Dessie. We were that close. He trained our keepers here before Elliott took on the role. That included working closely with Elliott in the lead up to our Irish Cup matches, and we all saw the benefits of that in the vital part Elliott played for us in both games. So that success is a small part in Dessie’s legacy.

But there’s a much bigger tragedy here than football. Dessie’s death shows what a dangerous time we’re living through at this time when people's routines are being taking away, their social interactions are being taken away and effectively their lives are being taken away because of COVID-19. That has a serious impact on people’s mental health as here we’ve lost a young man in the prime of his life, working in the highest levels of football and living a life that from the outside most young people would dream of. This shows how important it is at times like this to try to keep your family and friends close. Mental health is an issue that we’ve all read about, but it needs to be taken very seriously.

Above all I’m just sad to lose a great friend and I’ll miss him deeply.”

“The biggest thing (about Des) was his passion for the game. He made coming to work everyday fun and exciting, he was passionate about getting better as a coach and passionate about making his goalkeepers better. And it really made a difference.”