On Saturday we look to continue our current run as the league’s form team with the visit of Crusaders to East Belfast.

We’re much closer to Crusaders than we have been at this stage of the season for some years. Four points behind with a game in hand. So this is a very meaningful fixture for both clubs.

We go into the game in better form than the Crues, having taken 20 of the 27 points available from the 9 games played since our 5-2 defeat at Seaview in September. That’s 5 points more than Crusaders over the same period. However, they will be determined to bounce back from a disappointing and surprising home defeat by Ballymena United last week so we will need to be positive and focused from the start. Also, their close season signing Jamie McGonigle is in great form and won the NIFWA Player of the Month for November so he will need to be watched.

Our last league victory over Crusaders was six seasons ago, a 3-0 win at the Oval with goals from Curtis Allen, John McGuigan and Danny McKee. That’s a trend that clearly needs to be halted. We drew 2-2 in the corresponding game last season in a game that saw 4 goals, 3 red cards and 9 yellows cards. In that match the Glens equalised twice through John Herron and Robbie McDaid in the first half before losing John McGuigan to a red card in his last contribution in a Glens shirt. Mick McDermott: “Last week’s match at Coleraine was a real mixed bag for us. We started without Paddy and Hrvoje through injury and suspension then on Friday Cameron – who did so well at Cliftonville – was involved in a minor car crash that left him unfit to play. But despite that we started brilliantly and were well worth our lead at half time.  Obviously, any time you're 2-0 up but only take a point you're disappointed, but credit to Coleraine as they changed a few things, but also we had to change things when we lost Marcus at half time, a real blow as Marcus was playing so well at the time. The three forwards did very well, and I was pleased with how well Darren Murray took his chance back in the starting line-up. It would have been nice to have won because we know how challenging December is for all teams, but we still got a good draw at the team who were top of the league recently after an away win over another top team the previous week. But in football if you win your home games and take points on the road you won’t be far away by the end of the season.

We’ve put in some very good performances in recent weeks and I believe we’re growing in stature and confidence week by week. But we know we need to keep our foot on the pedal and to manage games as intelligently as we can. It’s important to point out that as a result of injury and suspension last week, the entire starting outfield line-up were players who were here before Paul and I arrived. That shows that alongside our recruitment, a number of players who’ve been here before are up for the challenge here and can play their part. We’re building a squad here, not just a team, and that’s illustrated by Willie Garrett who’s come in after not playing much and done very well. 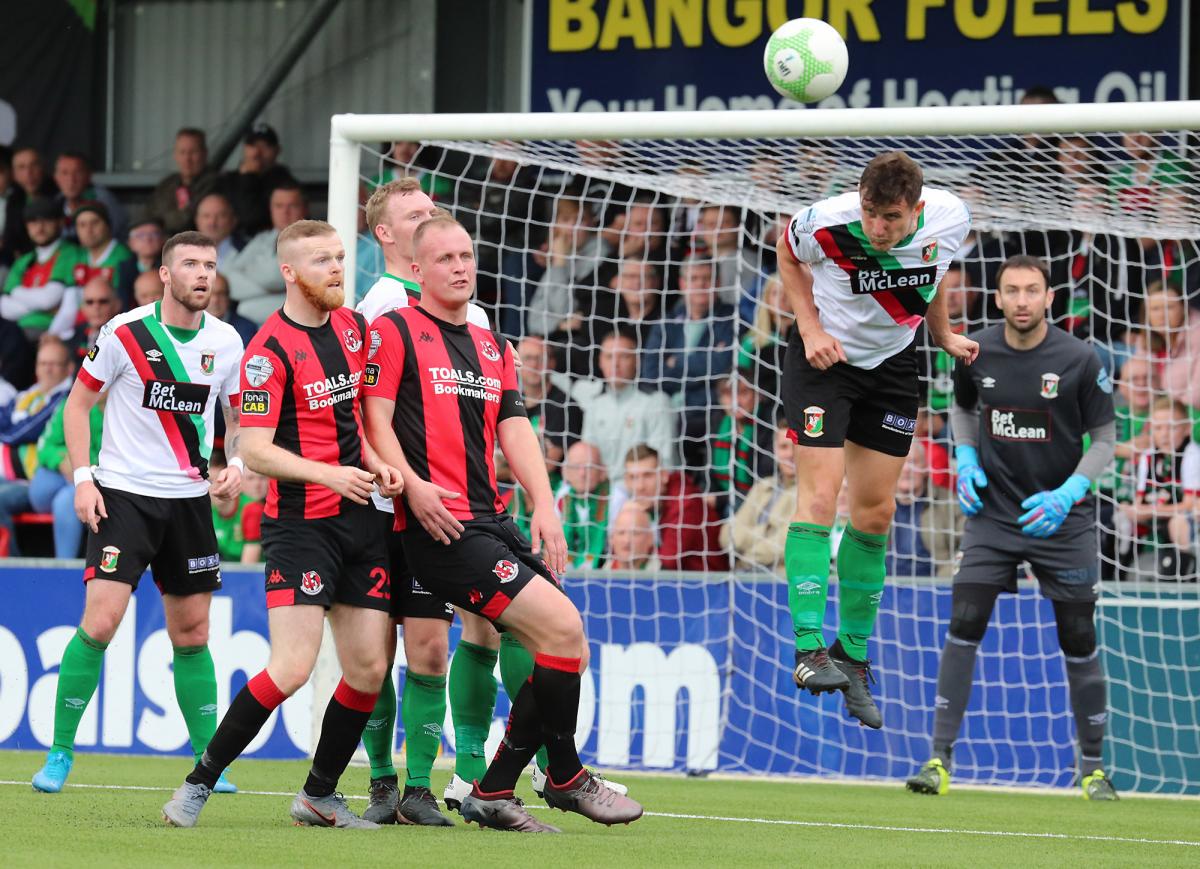 On Saturday we know we’re playing a team we haven’t beaten since 2015. But we hadn’t a great recent record against Cliftonville or Coleraine recently so there’s no reason why we should feel any different going into this one. We don’t need to get ourselves up for the matches we have this month. These are the sort of matches anyone should want to play in. It’s important that these matches matter and that when we play the likes of Crusaders there’s something riding on it. That hasn’t been the case for the past few years, but it is the case now and we’re determined to keep it that way and build on it. We have the belief that we can get the performance and result we need against any team in this league.

On Saturday we have Hrvoje back from suspension and Paddy and Cameron available after injury. Also, Marcus is fully fit. So, we’re ready to go and looking forward to the match.” 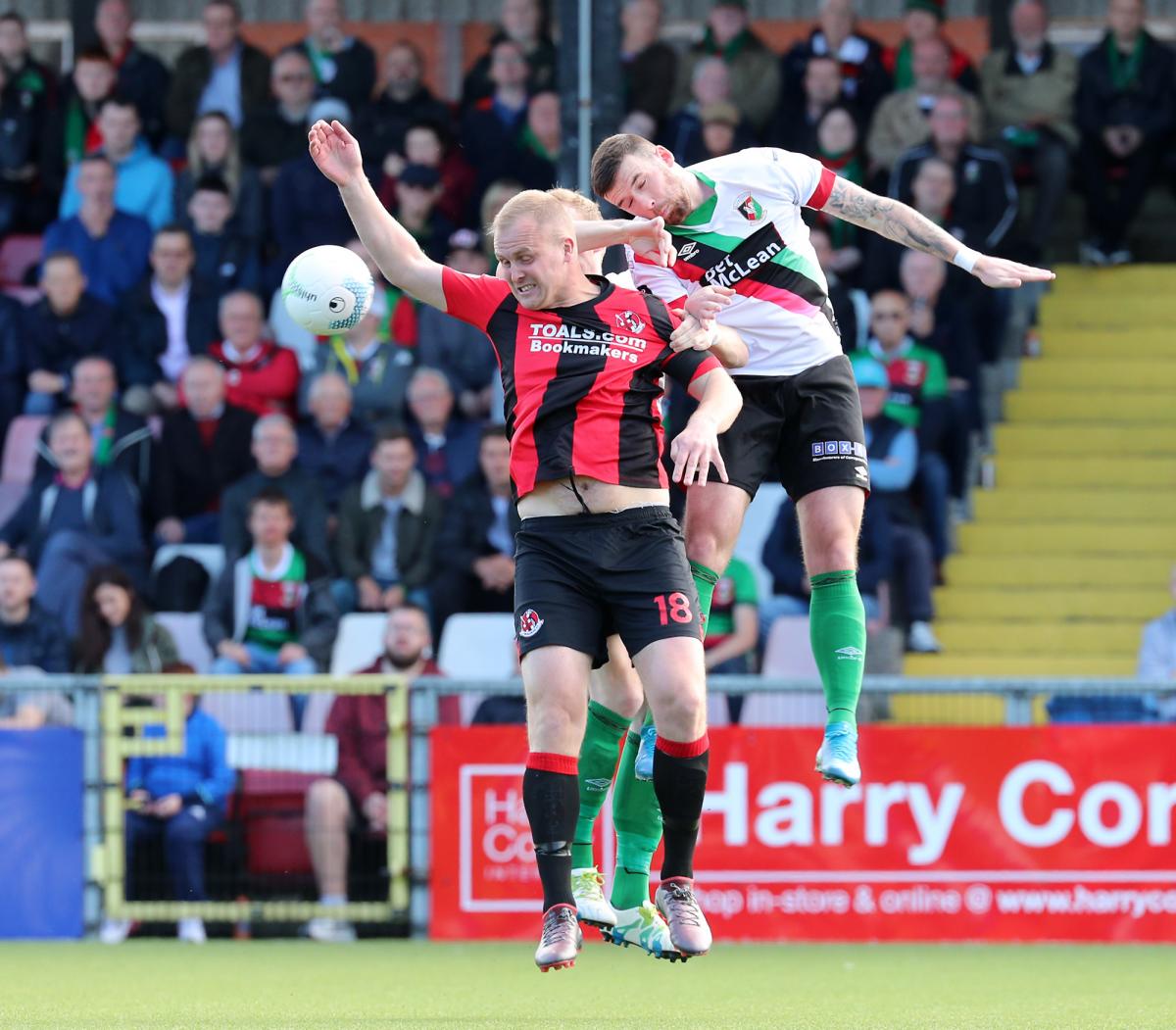 Simplicity Group specialise in fully managed communications and technology solutions for businesses throughout the UK and Ireland. Our highly skilled team of technical support and sales specialists provide advanced solutions and tailored pricing to match every business needs across a variety of sectors.  Core products sold by Simplicity are VOIP, Vehicle Telematics, Vehicle CCTV and Business mobiles where we hold the highest tiered accolades with our key partners Gamma Telecom and Webfleet Solutions (Formerly TomTom Telematics).