The vagaries of Covid-19 lockdown, a bad winter and TV demands mean that Glentoran tomorrow night face Coleraine for the first of two meetings in four days in the Danske Bank Premiership. Both are real six pointers as second placed Coleraine are one place and two points ahead of us, having played a game more.

The Glens have a monkey to get off our backs as our last win over Coleraine at the Oval was 1-0 in March 2016, thanks to an early David Scullion goal. They are unbeaten in their last 6 visits, recording 3 wins and 3 ending in draws. 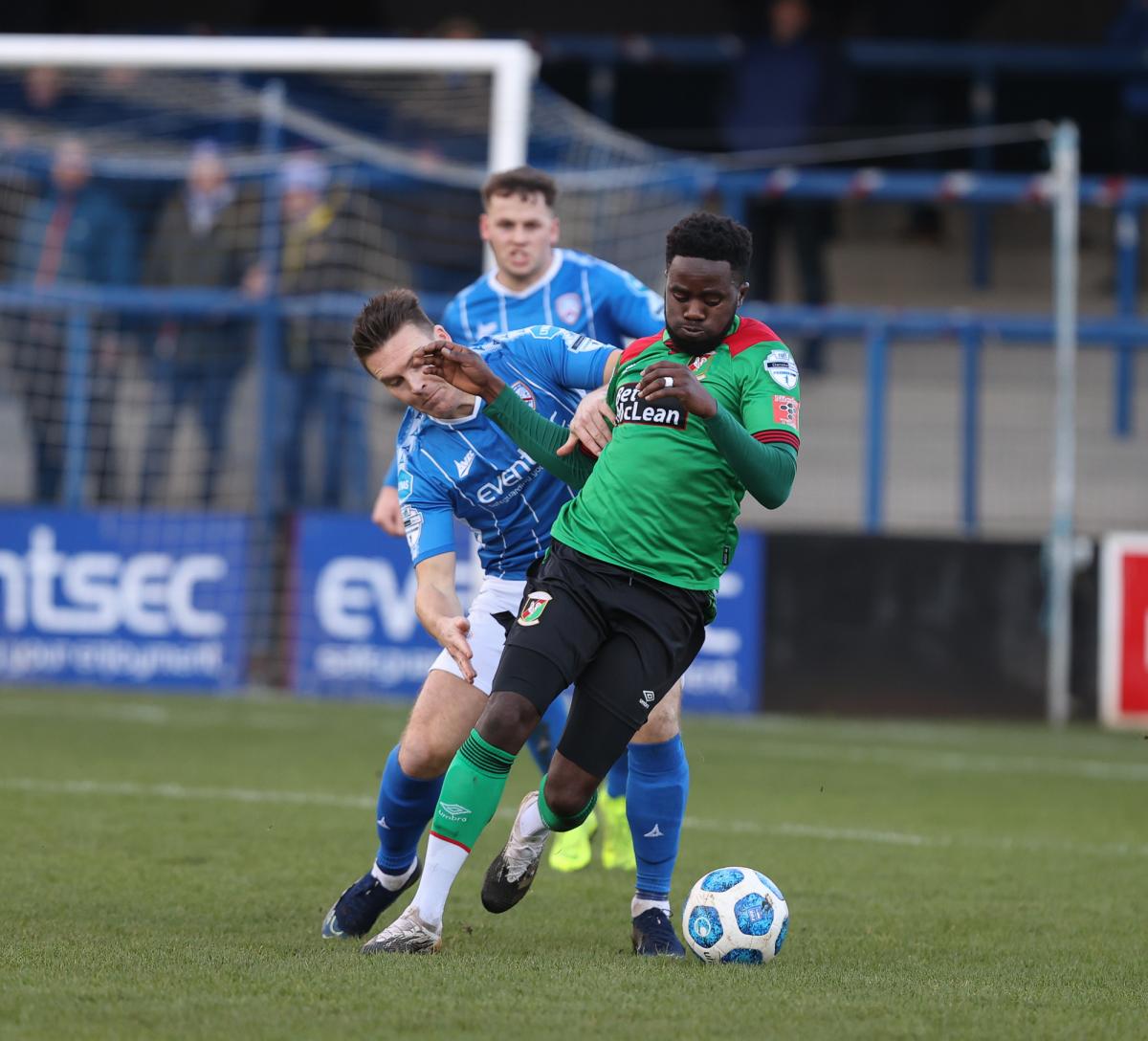 The first game last season was an enthralling 2-2 draw - an Eoin Bradley penalty and free header from a corner by Defender Aaron Canning gave Coleraine a comfortable 2-0 lead, but when striker James McLaughlin was dismissed on 71mins for a reckless challenge on Paddy McClean, the Glens pulled one back through Hrvoje Plum before Paul O"Neill forced home an 83rd minute equaliser. The second game last February was notable for the atrocious weather conditions it was played in, which had a direct bearing on the result when Jamie Glackin's corner sailed over everyone and into the net to give the Bannsiders a 1-0 win.

In the 22 games played since suffering a shock 2-0 defeat against basement side Dungannon Swifts in early December, Coleraine have lost just twice - both coming in trips to Belfast, having gone down 2-1 at Solitude to Cliftonville and by the same score to Linfield at the National Stadium last week. With that run of results including an impressive 15 wins, it has pushed Coleraine comfortably into the top 3 of the league. 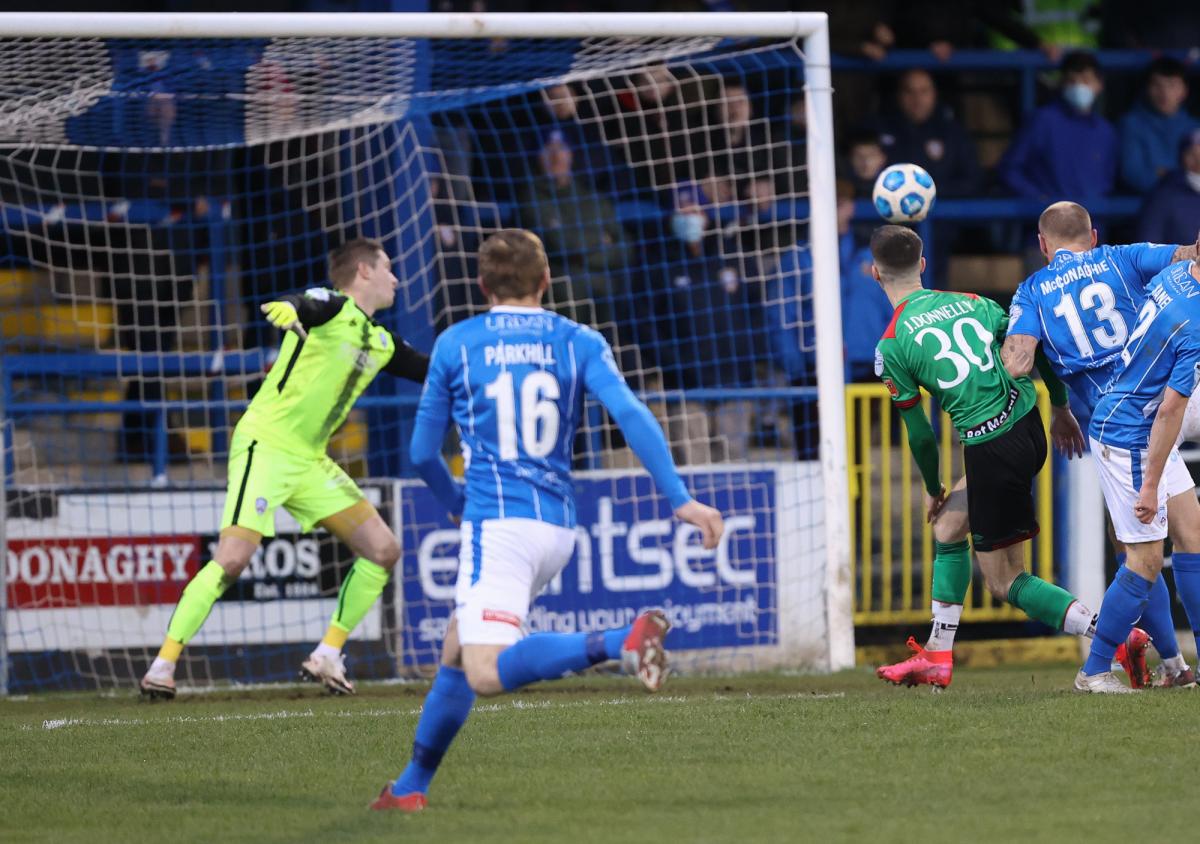 With goalkeeper Gareth Deane ruled out by the broken thumb he suffered in the Linfield game, former Institute stopper Martin Gallagher will again fill in between the posts. Defender Aaron Canning could return, though, after sitting out Saturday's win at Warrenpoint through suspension. Our former striker Curtis Allen - scorer of 110 goals in an impressive 6-year Oval career - did not make the squad for the game at Milltown but could be in line to make a first appearance at the Oval since departing in January 2020. Winger Josh Carson, midfielder Aaron Jarvis and ex Ballymena and Linfield striker Matthew Shevlin will all be hoping for recalls to the starting 11 after being benched for the Warrenpoint game. Goalscoring midfielder Ben Doherty has missed the last 3 games due to injury, along with striker James McLaughlin.

Mick McDermott: “Against Dungannon on Saturday I was happy with the three points and happy with the clean sheet. We were very dominant in the first half and deserved to win, although I was a bit disappointed at how the tempo dropped in the second half. Though overall we were comfortable winners. Our front three of Robbie Jay and Rory work exceptionally well together and have been a great asset to us. Over the last few weeks if one of them hasn't been scoring the other two have been able to step up.  Rory is in a great run of goals right now, but the good thing is I know but if either Robbie or Jay don't score, they are hard on themselves. The important thing is that we score enough goals to keep winning our matches at this very important stage of the season.  We’re in a good place right now. Everyone is playing well and totally focused on playing well enough to win matches and pick up points. 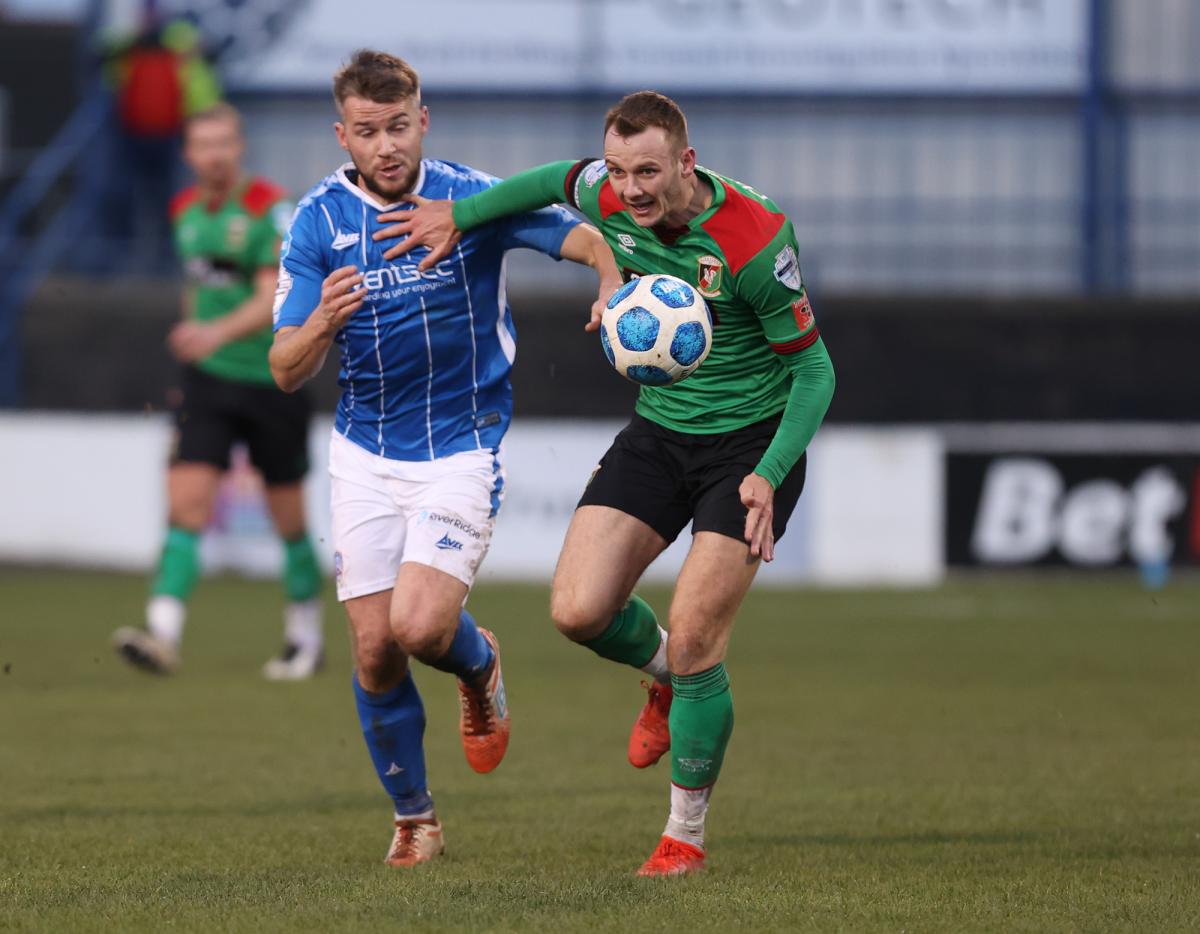 Playing Coleraine on both Tuesday on Friday night is hard going but equally its hard going for them as well. Apart from Conor and big Dayle – who are both progressing well - we've got a healthy and very fit squad so quite simply we're looking forward to it. “

As there will be no supporters permitted entry to this match, supporters are reminded that they can access our GlensTV live stream of the match by signing up here. Live match coverage can be purchased for £7 (which includes access to a full replay of the action), while a delayed stream will cost £3. Remember, our stream will commence just after 2.30 with a match preview programme, and our match commentator Aaron Agnew will be accompanied as co-commentator by our legendary, quadruple title winning skipper Paul Leeman.

Prior to kick-off at tomorrow night's game, there will be a two-minute silence in honour of His Royal Highness Prince Phillip, Duke of Edinburgh 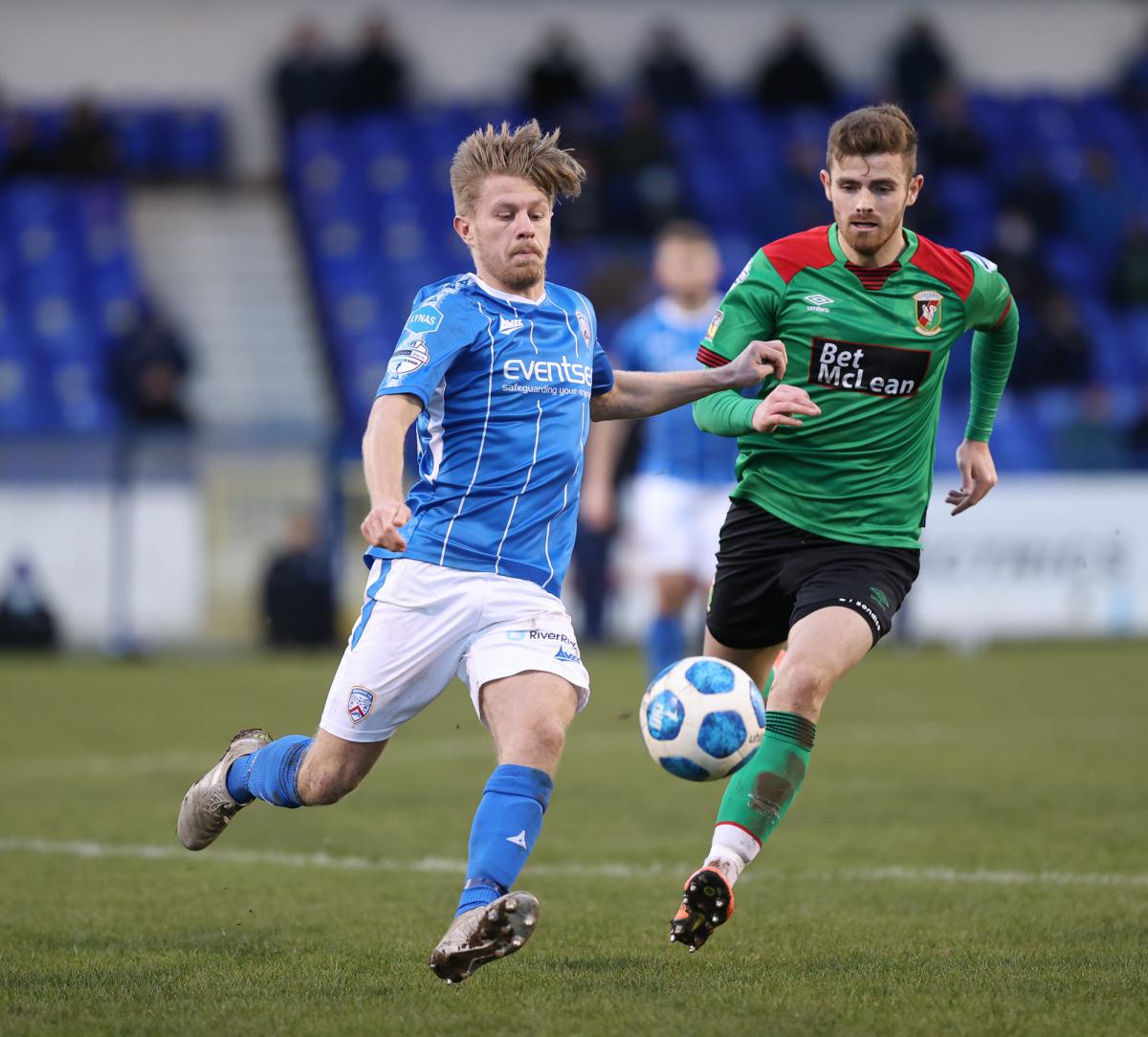