Hopefully, this Saturday we travel to Mourneview Park to face Glenavon in what will only be our second match of 2021 and our second in over a month, following the cancellation of our scheduled matches with Linfield, Cliftonville and Warrenpoint Town.

Incredibly 6 of our last 8 league games at Mourneview have ended in draws, including the past 5 in succession. The exception being our outstanding performance in the Europa League play off semi-final in May 2019 when goals from Darren Murray (2), Robbie McDaid and Curtis Allen gave us a convincing 4-2 win. Glenavon’s goals that night were scored by Caolan Marron and Andrew Mitchell!

Last season's season opener ended up 1-1 with John Herron putting Darren Murray through for a 4th minute opener, only for Sammy Clingan to equalise 10 minutes later and we were unable to take advantage of the red card for our new signing Rhys Marshall before half time. Our second visit was an eventual 2-2 draw last February with Navid Nasseri's second strike of the game on the hour mark having restored our lead after a Danny Purkis header had put Glenavon level in the first half. Sadly, a combination of another ex-Glens player (Aaron Harmon, whose hopeful ball from distance somehow crept into the far corner) and Nasseri failing to take the chance for his hattrick from a late penalty denied a deserved victory on that occasion. Glenavon's last win was 4-0 in April 2015. 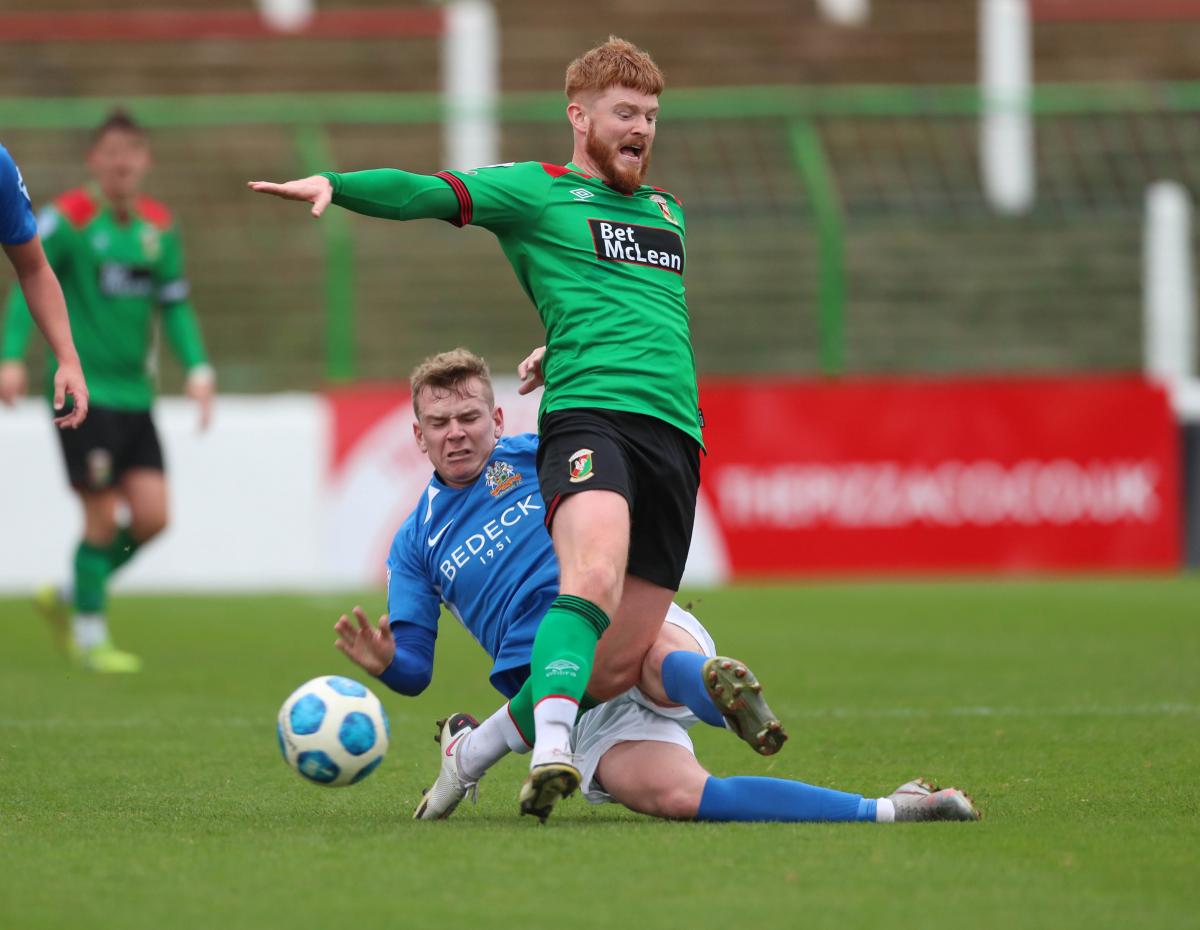 In their 9 league fixtures since the 2 sides drew at the Oval in October, Glenavon have recorded 3 wins, 3 draws and 3 defeats. It is worth noting that those defeats came at the hands of the top 2 Larne and Linfield (twice) and they have recorded impressive wins at home to Crusaders and away to high flying Ballymena. There are rumours that defender Daniel Larmour could be moving to Crusaders while midfielders Michael O'Connor and Matthew Shoddy, winger Peter Campbell and ex Glens defender Calum Birney all missed the most recent game against Linfield, but our former Striker Danny Purkis has scored in each of their last 3 fixtures and is proving a consistent threat to IPL defences since stepping back up from the Amateur League.

Mick McDermott: “It’s very challenging for players at all clubs to have to operate in the stop-start circumstances we’ve found ourselves in since the start of the season, but our lads have been training very well this week and look very sharp. I’m confident they’re ready for this one and will go to Mourneview full of conviction and determined to put in the right sort of performance. 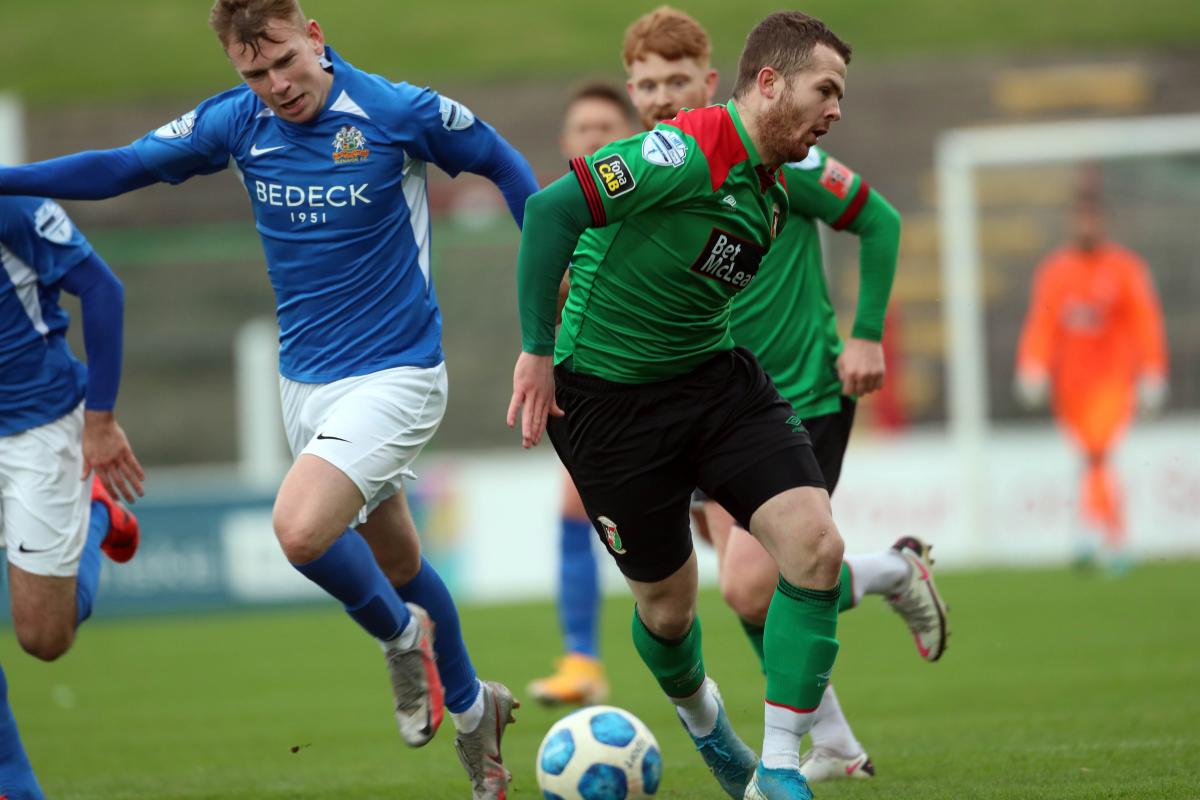 The players and I are pretty familiar with Glenavon now. We’ve played them five times since I came in, with two wins and three draws. Gary’s team never makes it easy for us, but we enjoy going to Mourneview and we know what is required. We have a full-strength squad available apart from Andrew Mitchell who is currently recovering from a niggling injury he’s been carrying for a few weeks, and Willie Garrett who is still in rehab for his injured knee. Mitch has been working with our physio, Gareth and he should be ready before too long.

I’m pleased to say that we’ve brought James McCarthy back from loan at H&W Welders and he’ll come into consideration over the rest of the season. James had a very good pre-season and he’s done well in training with us in recent months. But with the Championship not having started he’s obviously had no match time and that’s not helping his progress or development. So we’ve recalled him early and are very happy to have him available for selection. He will be an asset to us and will only benefit from being part of our first team squad.” 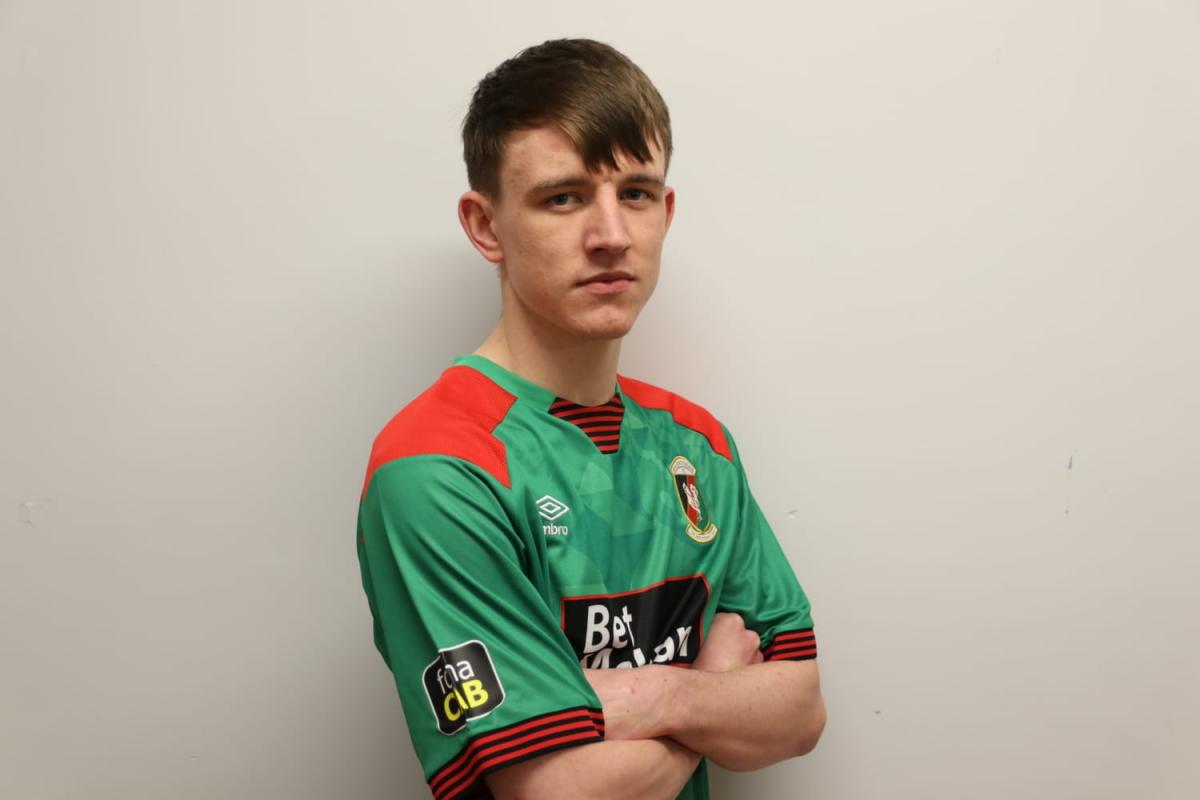 For the second consecutive Glens match, supporters will be able to view the match live, as it will be on the BBC Sport NI website here. Tuesday night’s home match with Carrick Rangers will be back on GlensTV in association with 247.tv.

Glens look for six in a row >>