Tonight we make our first visit to the Loughshore Hotel Arena since December 2019, to face Carrick for the third time this season.

Glentoran have not lost an away game against Carrick since Rangers first return to the IPL in 2011. In the 9 games played, Glentoran have won 5 and there have been 4 draws. In last season’s meeting at Taylor's Avenue, a 74th minute goal from Navid Nasseri a week before Christmas 2019 gave Mick McDermott's in form side an important 1-0 win in the build up to the Boxing Day clash with Linfield (that we would go on to win 3-0).

Rangers, much like Dungannon last week, will be relieved that there is to be no relegation this year as they currently find themselves in 10th place and only the Swifts have managed to score fewer goals than them to date. At the other end, they have only managed to keep 2 clean sheets in the 19 games played - with both of those in games against bottom side Dungannon. While the forward line has struggled, Centre Back Caolan Loughran finds himself with the honour of being top goalscorer with 7 strikes to his name so far. 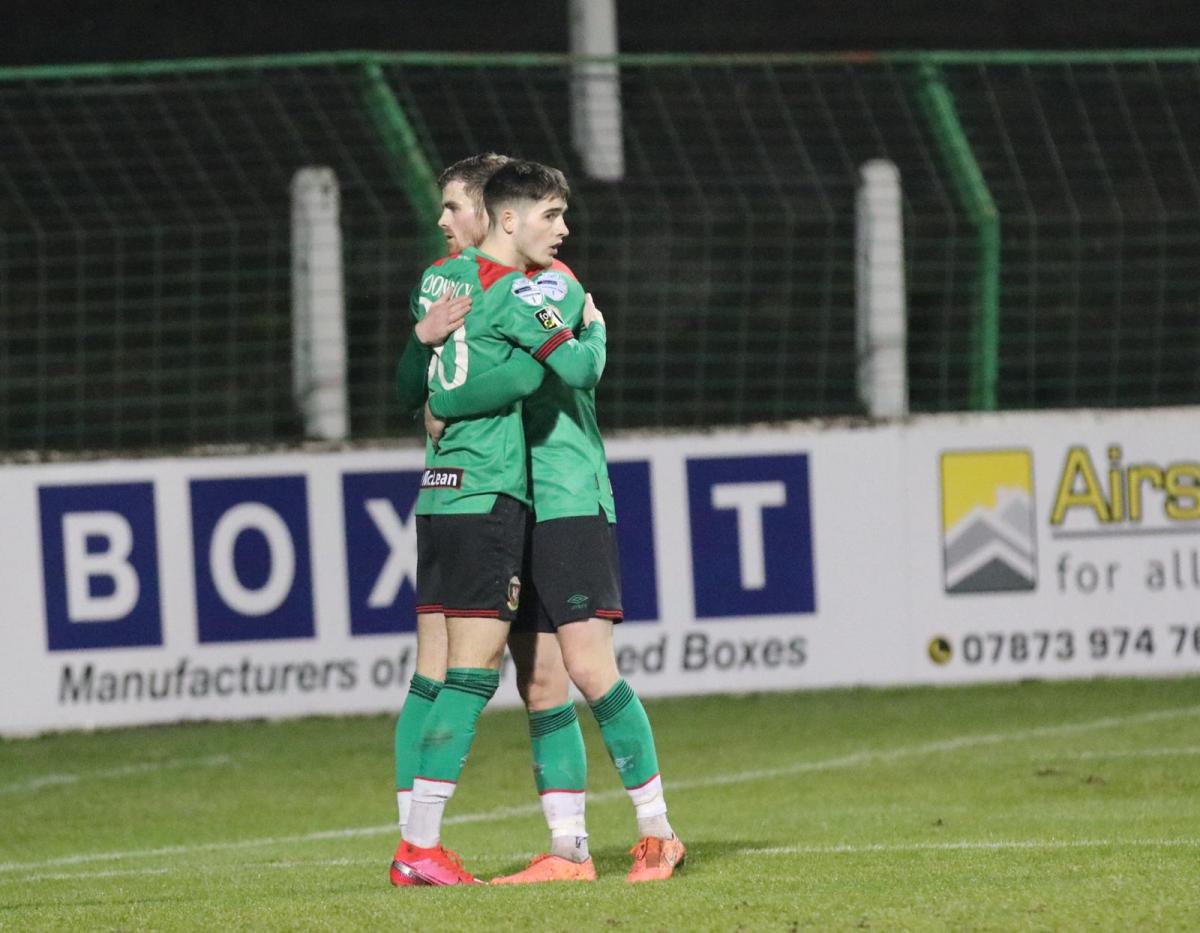 Rangers had threatened to turn their season around at the start of February when they followed up a win at fellow strugglers Dungannon with a 1-1 home draw with Linfield before pulling off a memorable 3-1 at Seaview against Crusaders. They have taken only 2 points from 5 games since, however.

The vagaries of this year’s fixture list means that although this is our first visit to the Loughshore Hotel Arena this season, we have already beaten Rangers twice at the Oval. In December, a Robbie McDaid hat trick led us to a 6-0 triumph with goals from Jay and Rory Donnelly and Hrvoje Plum. At the end of January the margin was smaller at 2-0 with the goals coming again from Robbie and Jay.

On loan Glens players Stevie Gordon and Johnny Frazer will not be eligible to face their parent club and Centre Back Chris Rogers is suspended after being sent off in the first half of Tuesday's draw at Glenavon, so Caolan Loughran is likely to replace him after dropping to the bench for that game. On loan Ballymena striker Cahair Friel returned to the side at Mourneview Park and fellow forward Jordan Jenkins should return to the squad for after being ineligible to face his parent club Glenavon. Midfielder Alex Gawne remains on the sidelines, however. 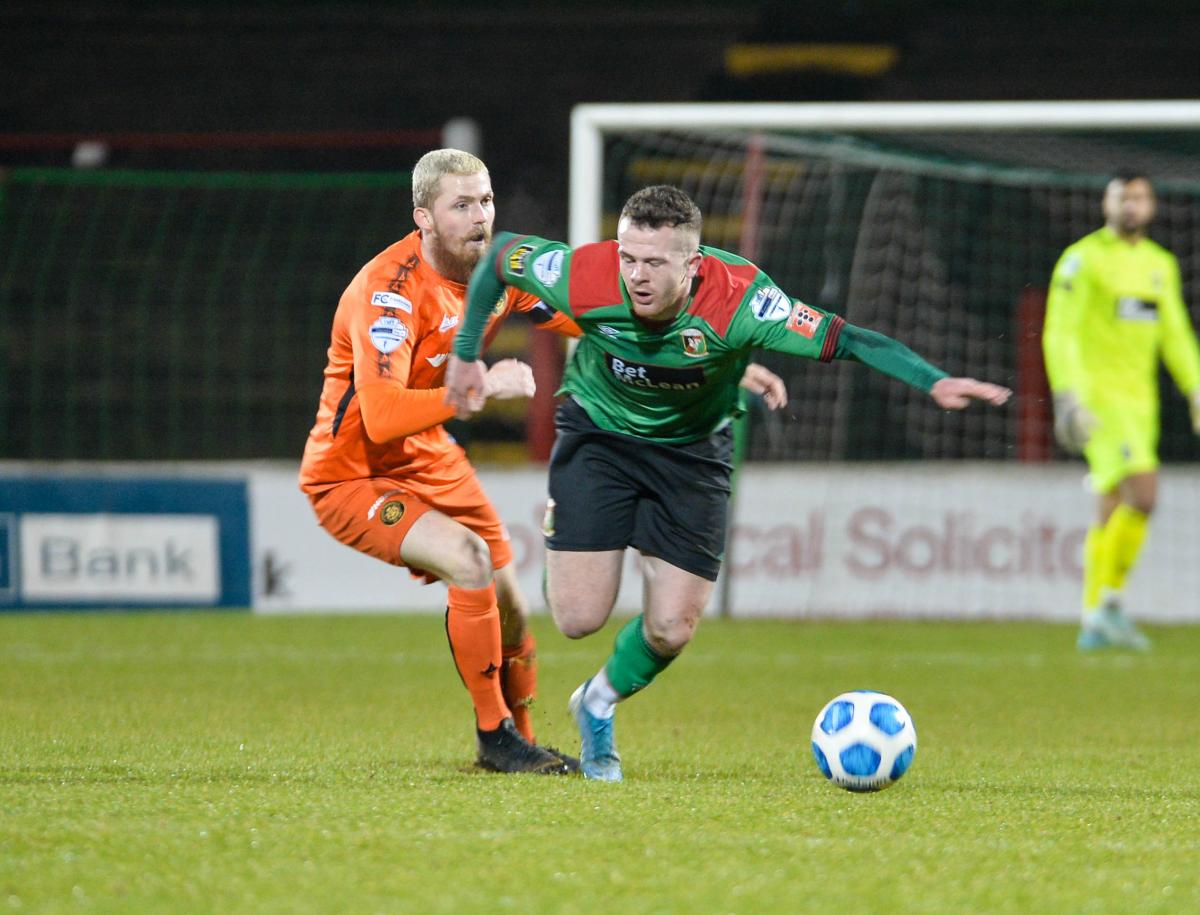 Mick McDermott: “I was very pleased with another win over Linfield on Tuesday night and I have no doubt we deserved to win. We were defensively very solid, and I don’t feel there was any major part of the game when we weren’t in strong control of things. We reacted very well after their goal, stayed strong and weathered out that period after half time very comfortably. The work rate of the midfield three was excellent and the pace and strength of our front three was frightening. Tall parts of the team played as units and everyone showed their quality throughout. Robbie had a knock and missed out, but Rory came in and had another great game.

Carrick will be another test on Friday night. Niall always has his teams well organised. They are a big, strong team who play well to a system that suits them and are playing with a lot more freedom, possibly due to the absence of relegation this season. We had a very tough battle there last season and I expect the same again this time. As I always say, we have prepared just as thoroughly for this game as the one on Tuesday night. Carrick definitely merit that level of respect.

The way the fixtures have piled up because of COVID-19 and the weather, every game is a cup game now and every game is massive. But that’s great. We’ve got the players with the quality and fitness to handle that well. Also Andrew Mitchell has recovered from his long-term injury and is back training with the squad. That’s another boost as Andrew will have plenty to offer between now and the end of the season”. 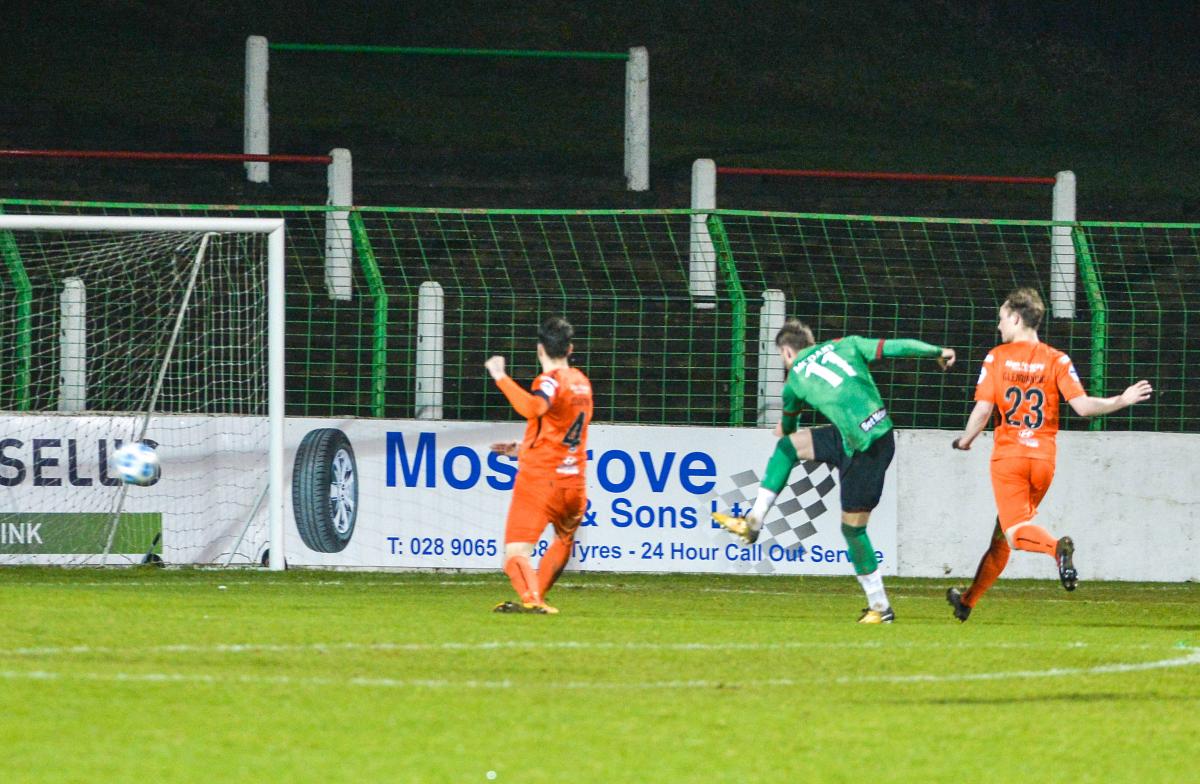 before this match, Glentoran’s Supporter Liaison Officer Colin Davidson will be walking from the Oval to the match to raise funds for The Larder Foodbank in Mersey Street. Every year, The Larder provides food and support to thousands of vulnerable people in inner East Belfast. Donations from the always generous Glentoran family can be made at Colin’s JustGiving page, HERE 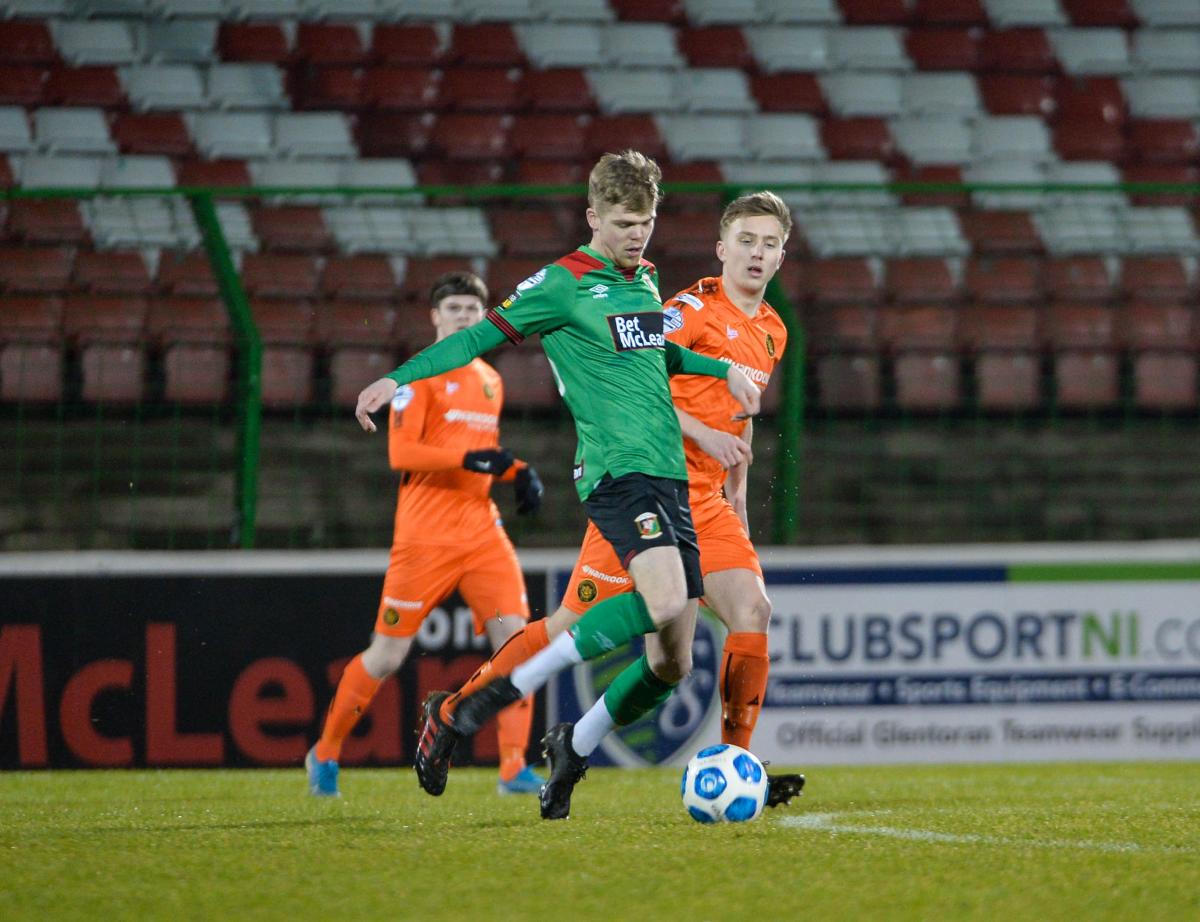