Glentoran started tonight’s game 9 points ahead of their North Belfast rivals and it was the East Belfast team who took the lead in the 9th minute from a curling shot into the top right hand corner of the net from Danielle Maxwell. Just four minutes later Joely Andrews made it 2-0 with a low effort past the Cliftonville keeper after a short corner was well worked by the Glens. A low cross into the box from Caragh Hamilton found Kerry Beattie who poked the ball home to make it 3-0 on the half hour mark. Shortly before half time it was role reversal as Kerry Beattie found an unmarked Caragh Hamilton who calmly slotted the ball into the back of the net. 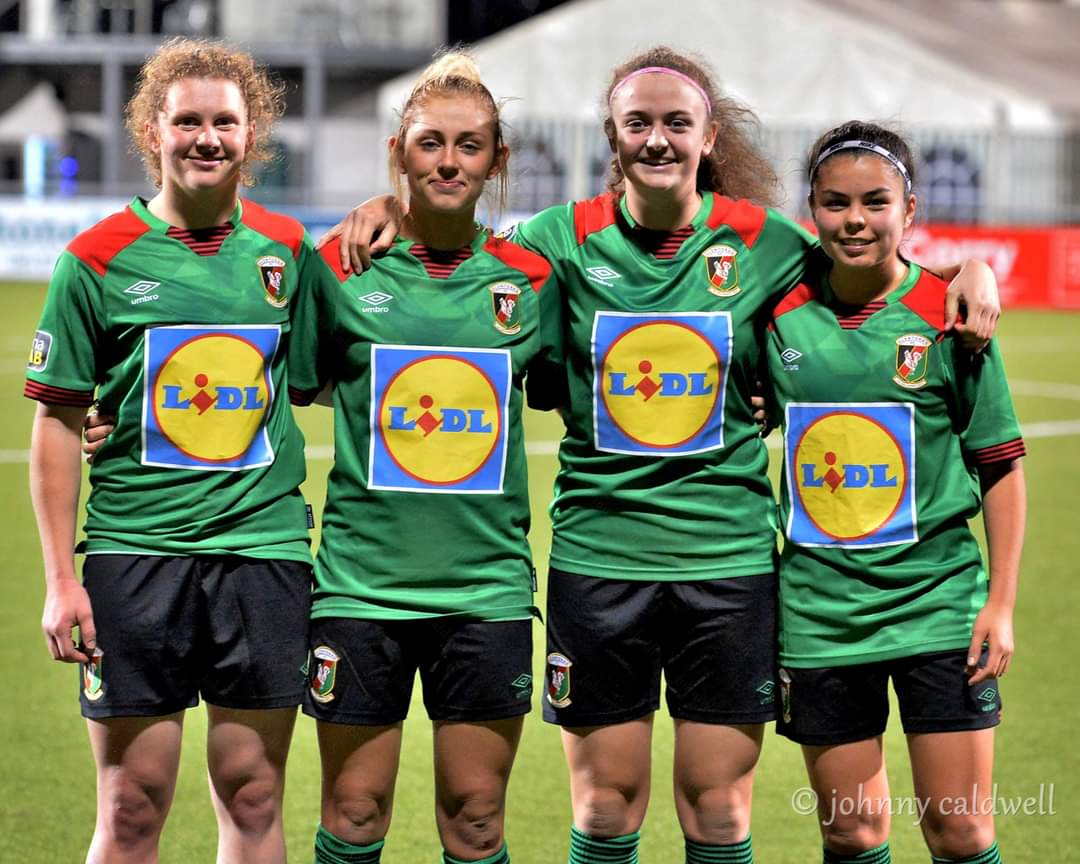 The second half was largely uneventful compared to the first half of the game. Rachel Rogan replaced Danielle Maxwell after 70 minutes, Shannon Dunne replaced Kerry Beattie soon after and Caragh Hamilton was replaced by Sarah Connelly, the former looking to have been injured after attempting to get on the end of a cross. The result was all but confirmed by half however both teams put in a battling performance in the second half.

The Glens are now three points ahead of Sion Swifts at the top of the table. Swifts have a game in hand with the big one scheduled to place next Wednesday when the top two meet at the Oval, Covid-19 and Executive regulations permitting.