Glentoran get their 2013-14 Danske Bank Premiership campaign up and running tomorrow when Coleraine visit the Oval. Manager Eddie Patterson goes into the game without a number of players who are serving suspensions carried over from last term; Richard Clarke, Jason Hill, Mark Miskimmin, Ryan O'Neill and Johnny Addis all unavailable.

If last season's meetings are anything to go by then tomorrow promises to be a tight affair. In the four meetings during the 2012-13 season the teams dreww 0-0 at the Oval in September with Coleraine winning 1-0 (Shane Jennings) at the Showgrounds in November. On New Years Day a wonder strike from Marcus Kane was cancelled out by Jennings late on and the final meeting of the sides also ended 1-1 with Colin Nixon's late, late goal in his last game at the Oval. 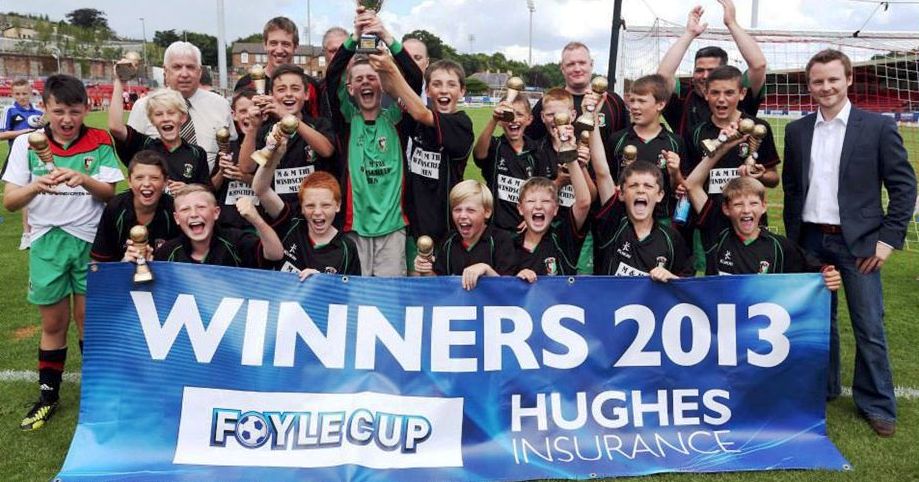 There will be a bucket collection at the game tomorrow to help raise funds for the Academy Under 12 team (2 time Irish Cup Winners, 2 time All-Ireland Finalists, and Foyle Cup Champions) .
Their recent success has brought with it added expense in traveling the length and breadth of the island, and the parents, coaches, and players would very much appreciate any help the fans can give.
Next week the boys travel to Dublin, having qualified through winning the Irish Cup, to represent our club and Northern Ireland in the All-Ireland Champions Cup Final. Buses are not cheap and there are still some outstanding expenses from the Foyle Cup trip.

Tickets for the upcoming game against Linfield on 31st August at Windsor Park will be on sale from the Glentoran Superstore and they will be available at other outlets in the coming week.