The much-vaunted strength in depth at the Bet McLean Oval was clearly demonstrated this evening Mick McDermott made no fewer than nine changes to the starting line-up that comfortably defeated Ballymena United four days ago. Only skipper Marcus Kane and Jay Donnelly remained from that game. In came Ross Glendinning for his Glentoran debut, Gael Bigirimana, Rory Donnelly, Seanan Clucas, Ciaran O’Connor, Mal Smith, Joe Crowe, Caolan Marron and Ben Cushnie as we commenced this season’s quest to win the Bet McLean League Cup.

The Glens got off to a bright start with decent efforts from O’Connor and Jay Donnelly testing the Banbridge defence. The breakthrough came on 13 minutes when after great work on the right, Jay Donnelly’s penetrating cross was parried by Lewis Hunter in the visitors’ goal. Mal Smith was quickest to react and hammered home. This was followed by an impressive mazy run by Ciaran O’Connor who then shot just over. 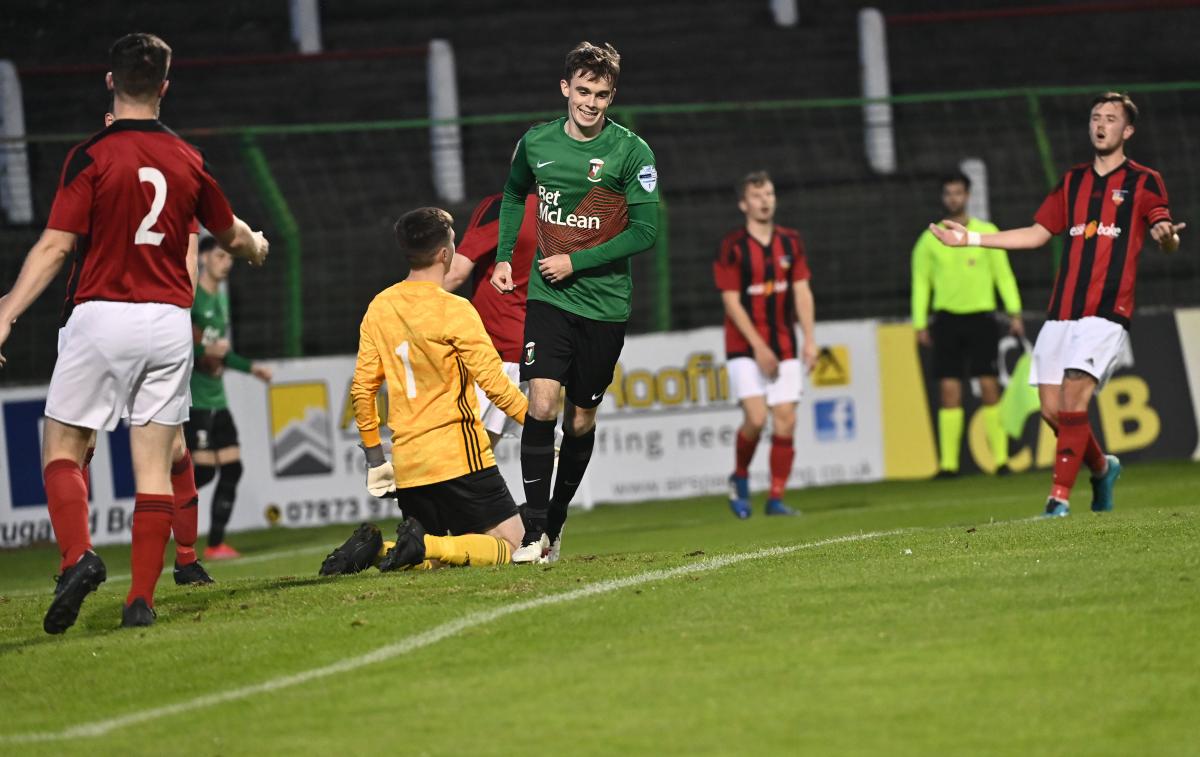 Ciaran O’Connor was torturing the Banbridge defence throughout the half with little luck. First he headed over from a Kane cross, then on 31 minutes his luck was completely out when his superb effort rebounded off the post and goal line Geoff Hurst style. Though unlike England in 1966, he did not meet with a sympathetic linesman!

However it was from a foul on O’Connor that Bigirimana’s precise free kick was met beautifully by the head of Jay Donnelly to make it 3-0 Glens. A first of the season for our 2020-21 top scorer.

O’Connor finally got the goal he deserved on the stroke of half tome when after a strong run and pass from Rory Donnelly he hit an unstoppable low stroke home. 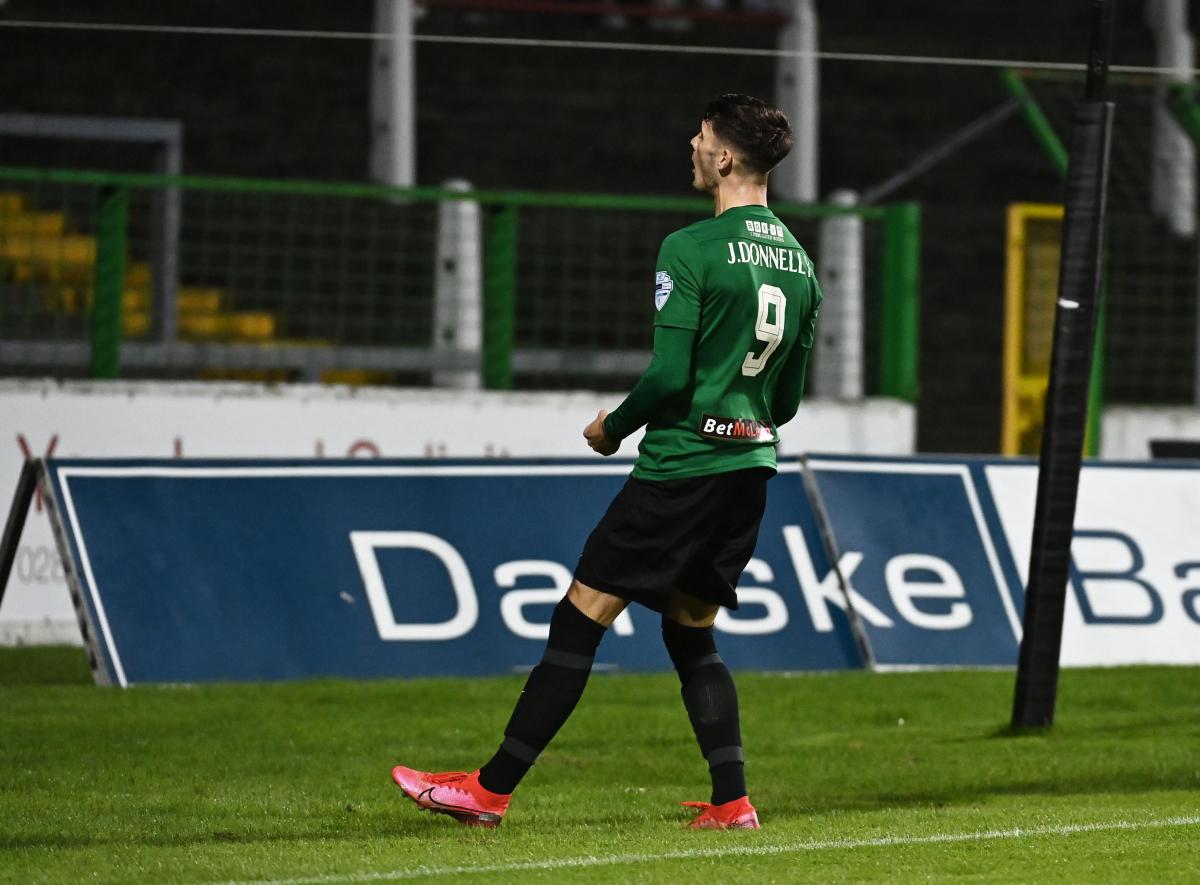 Glens started the less eventful second half with Bobby Burns replacing Marcus Kane at left back and Jay Donnelly making way for in form striker Jordan Jenkins to make his first team debut following his summer arrival from Glenavon.

Overall this was a much less eventful half with efforts from Jenkins and Cushnie the highpoints prior to Andrew Mitchell and Aaron Wightman replacing Rory Donnelly and Ciaran O’Connor who had both worked tirelessly in their 55 minutes on the pitch. Wightman in particular made some very telling runs in what was only the 17-year old Glentoran Academy student’s second first team appearance. 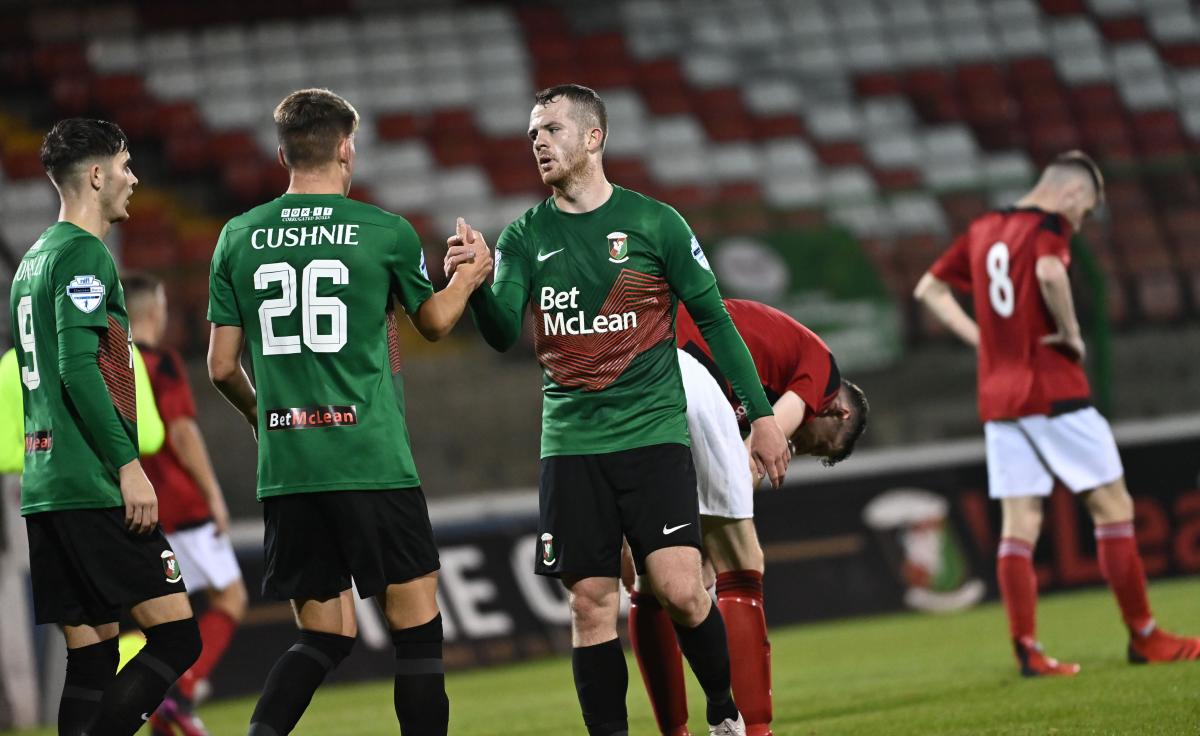 The final significant action of the game came on 72 minutes when a Bigirimana ball deep into the Banbridge box completely deceived the opposition defence to allow Mal Smith – by now playing in midfield with Seanan Clucas at right back – to hit home his second of the night and third first team goal.

So, a pretty uncomplicated win that sees the Glens through to round two of the Bet McLean League Cup. Hopefully its an omen that the last time we played Banbridge in this tournament – in 1991 – we went on to win the trophy. 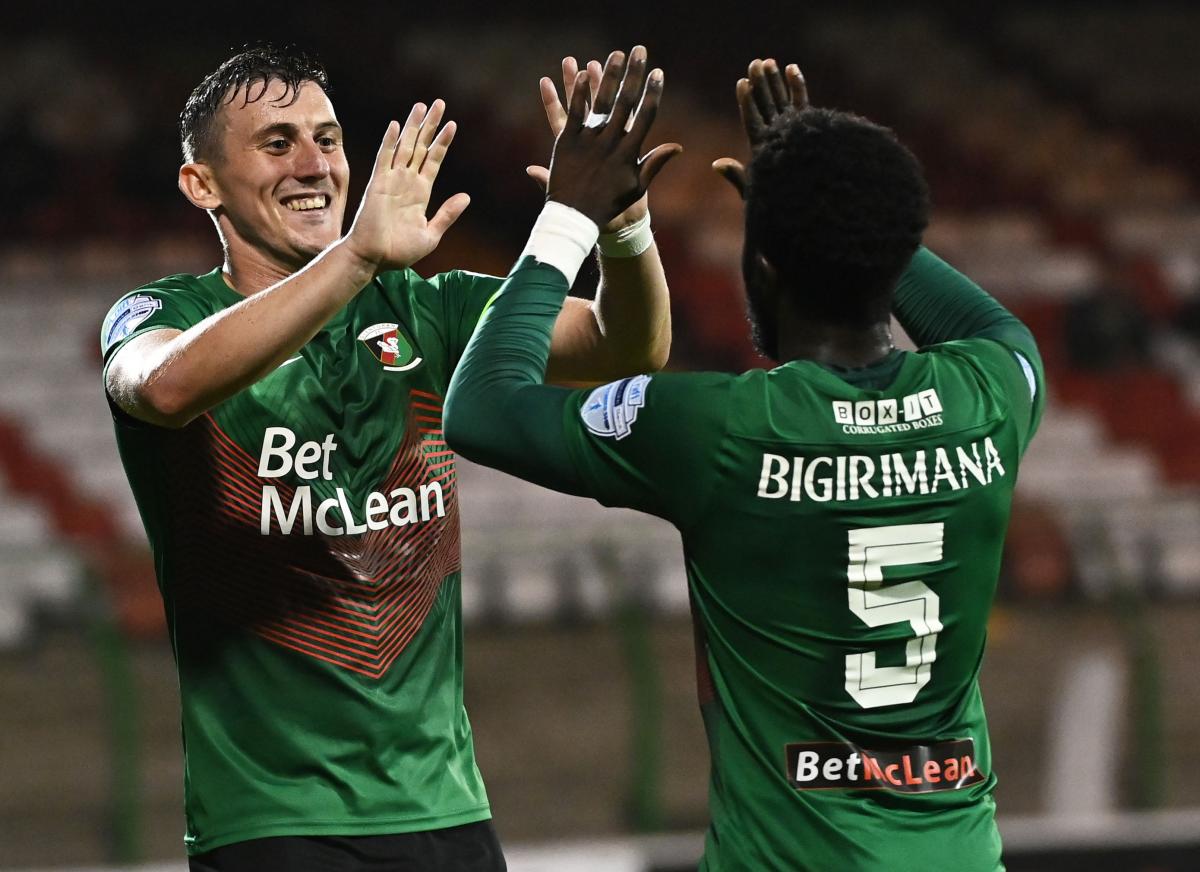