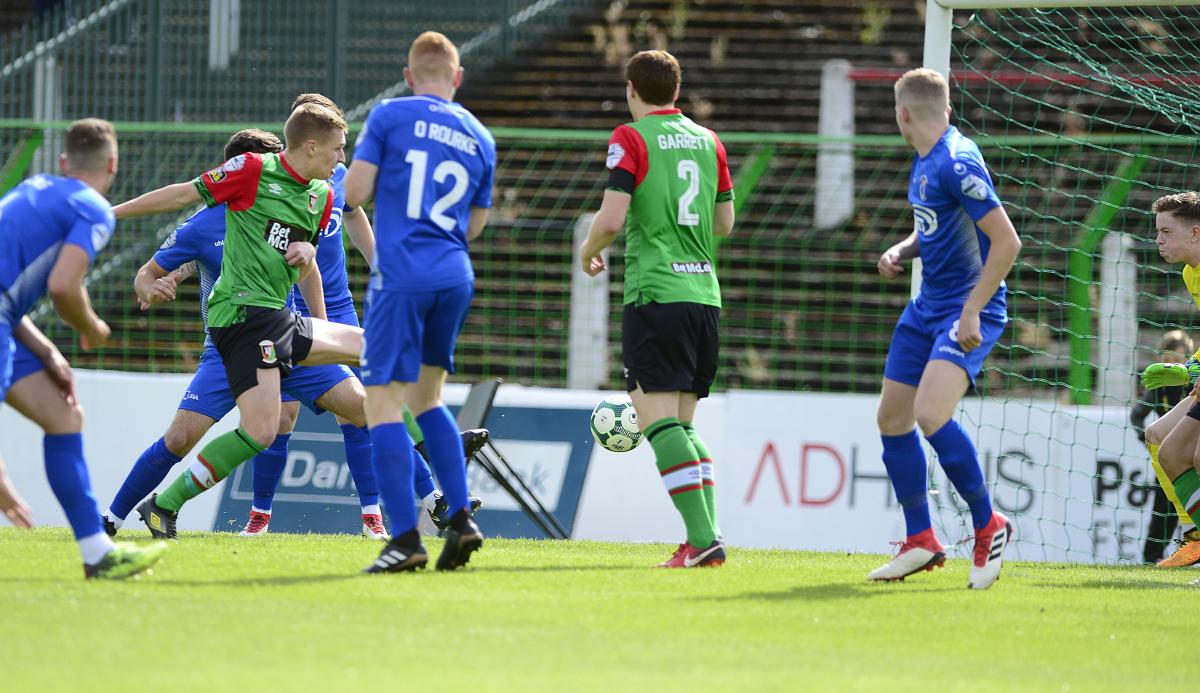 There were just over two minutes on the clock when the home side went in front. John McGuigan swung in a corner from the left and the ball broke to Marcus Kane. The Glens' skipper saw his initial shot blocked but the ball came back to him and he drove it towards the target for a second tome. Calum Birney got the final touch though, giving Alex Moore no chance from 6 yards. 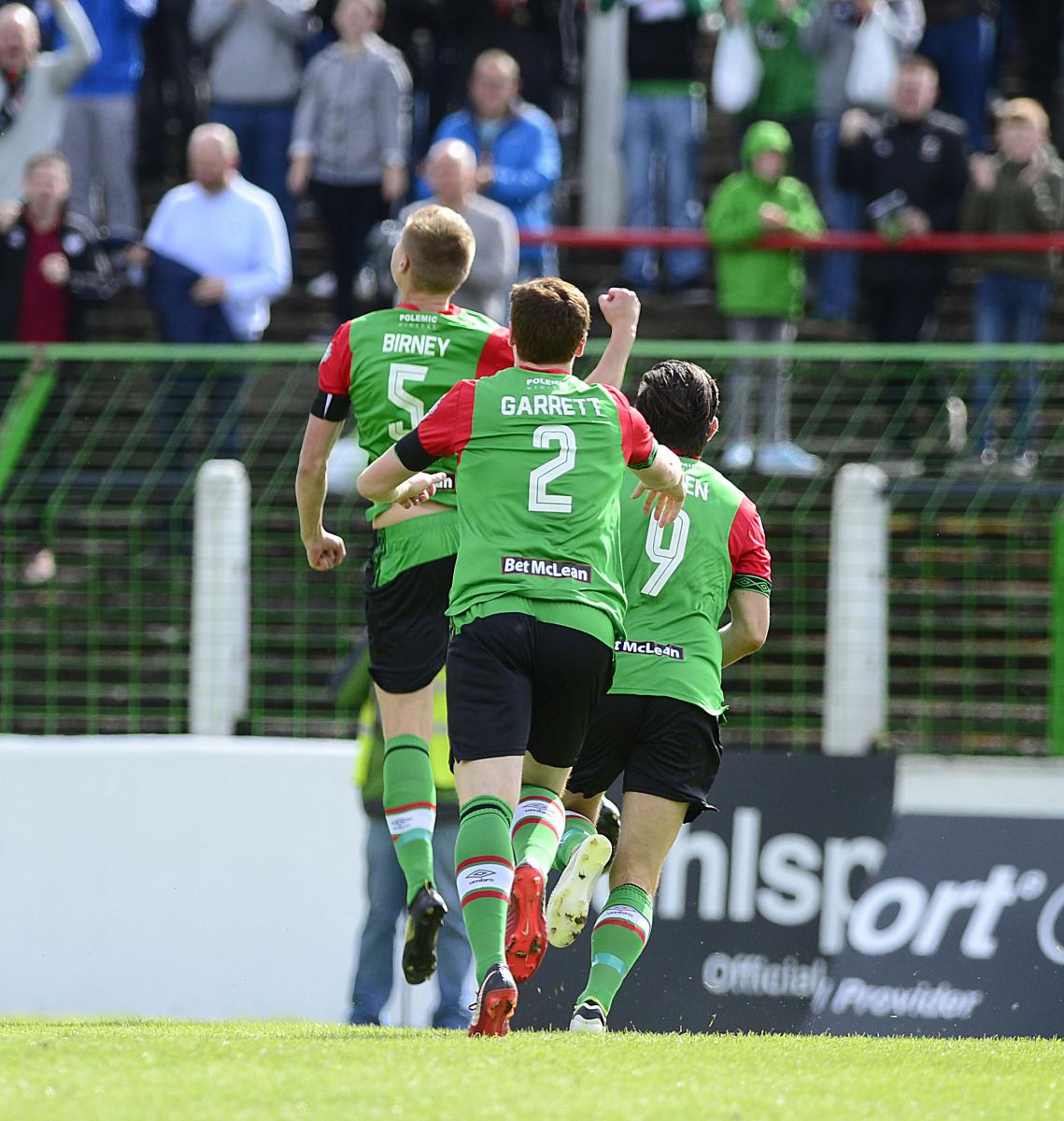 Perhaps the goal came too early for Glentoran but for the next half hour the visitors dominated play. 5 minutes after Birney's goal Jarlath O'Rourke wasn't tracked and broke into the area only to lift his shot over the bar. A short time afterwards Douglas Wilson was left unmarked from a Swifts corner and was unlucky to see his shot blocked. Elliott Morris was forced to turn Cormac Burke's long range effort around the post for a corner and then on 16 minutes, following another dangerous Dungannon break down the left, Calum Birney was forced to concede a corner. 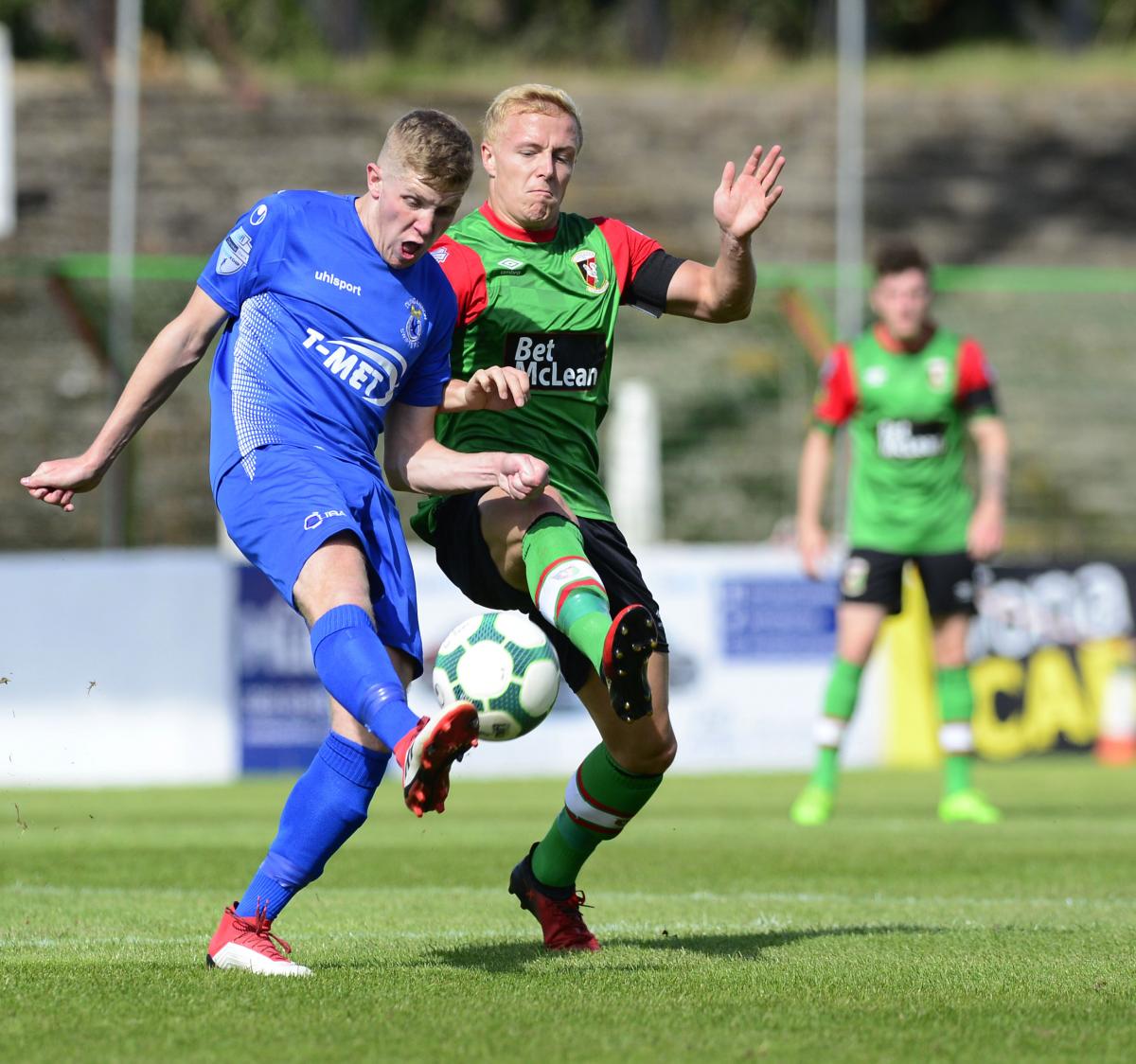 Midway through the half Mark Patton had a 25 yard effort which wasn't far wide of the post and then on 27 minutes the same player forced Elliott Morris into a good save with a drive from a tight angle. On the half hour mark Douglas Wilson was lucky to escape with just a yellow card following a shocking tackle on Glentoran's midfield player, Connor Pepper. 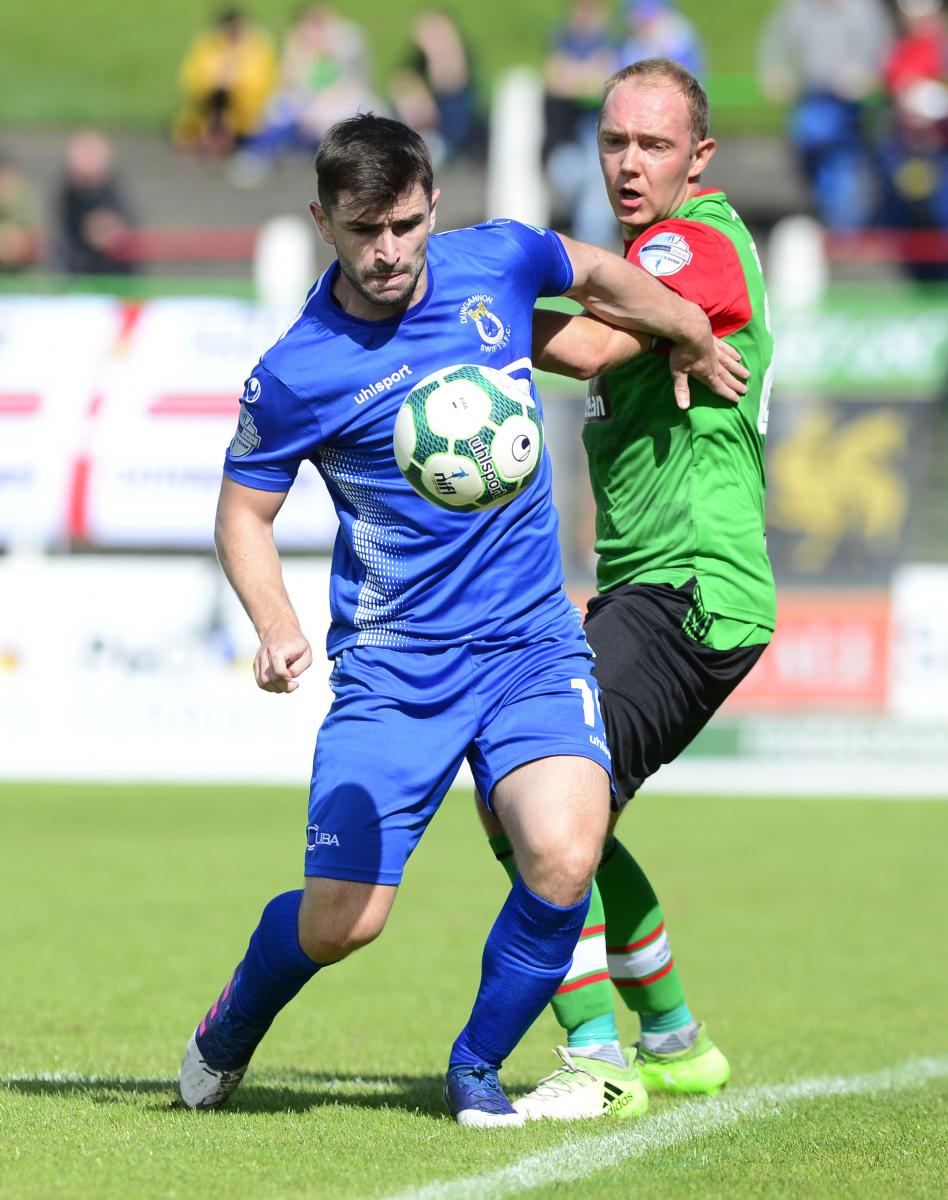 Pepper was then involved in an excellent passage of play prior to the Glens' seccond goal. He picked out Peter McMahon who played a one-two with Curtis Allen before Marcus Kane found Dylan Davidson on the left wing. Davidson delivered another of his superb crosses and Curtis Allen's header flew past Moore. A minute later it should have been 3-nil. A mistake in the Dungannon Swifts backline presented the ball to Allen and he drove to the edge of the area before passing to John McGuigan. A slightly better pass from Allen or a slightly better first touch from McGuigan and we'd have surely been celebrating a third goal but on this occasion the young Dungannon keeper was able to intercept. 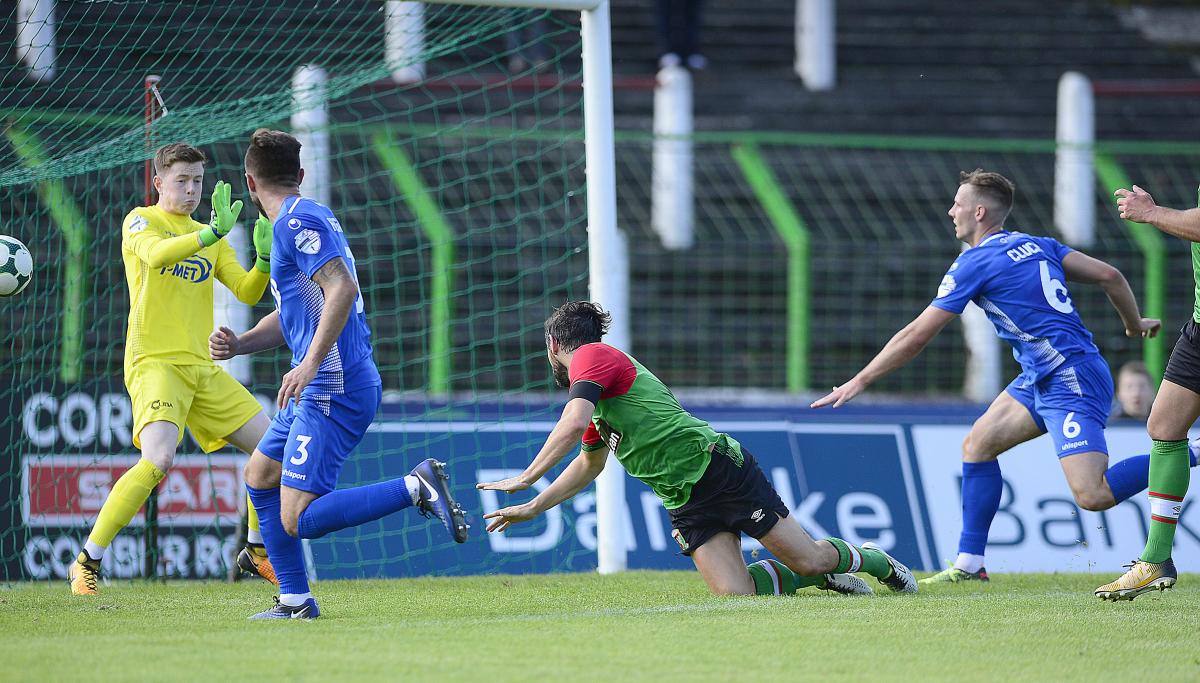 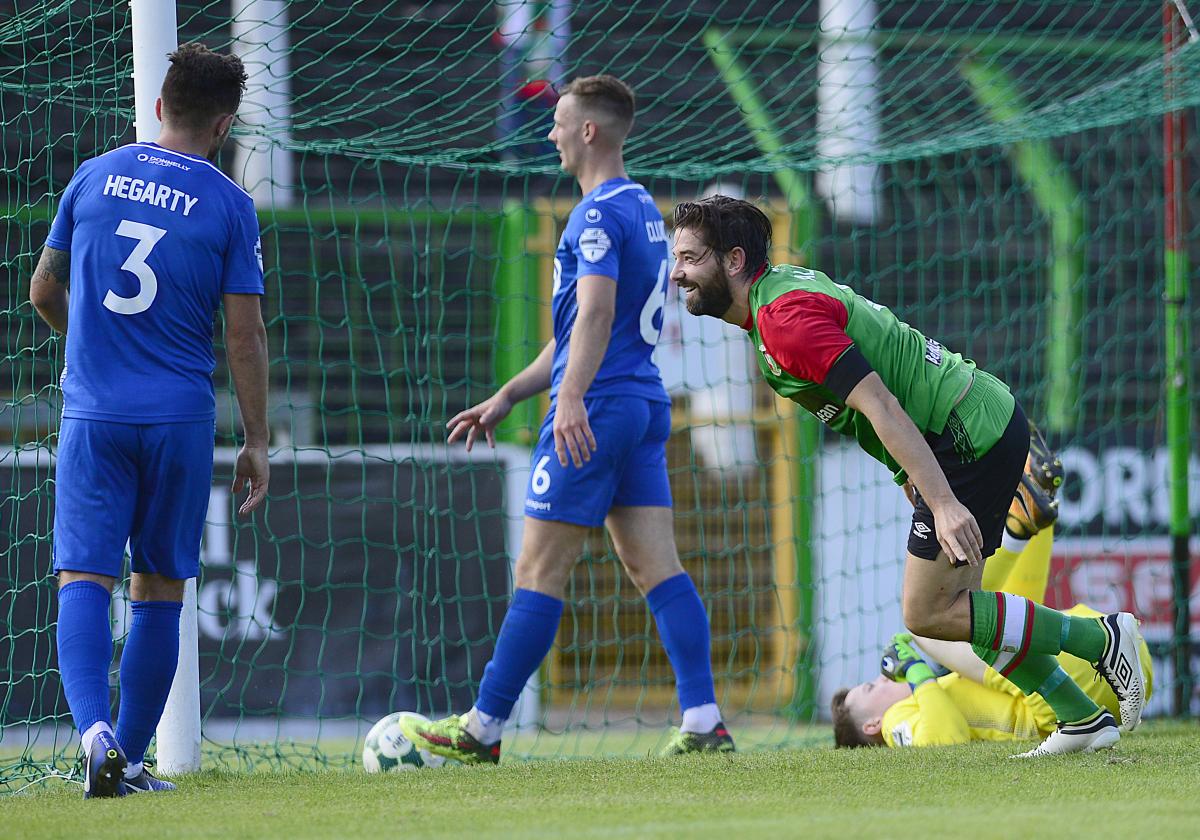 On 37 minutes the Swifts had a great chance to pull a goal back. A cross to the back post picked out Caolin Coyle who had (too easily) lost his marker. His header was superbly kept out by Elliott Morris. Just before half-time yet another excellent cross from the left by Davidson was headed narrowly over by McGuigan 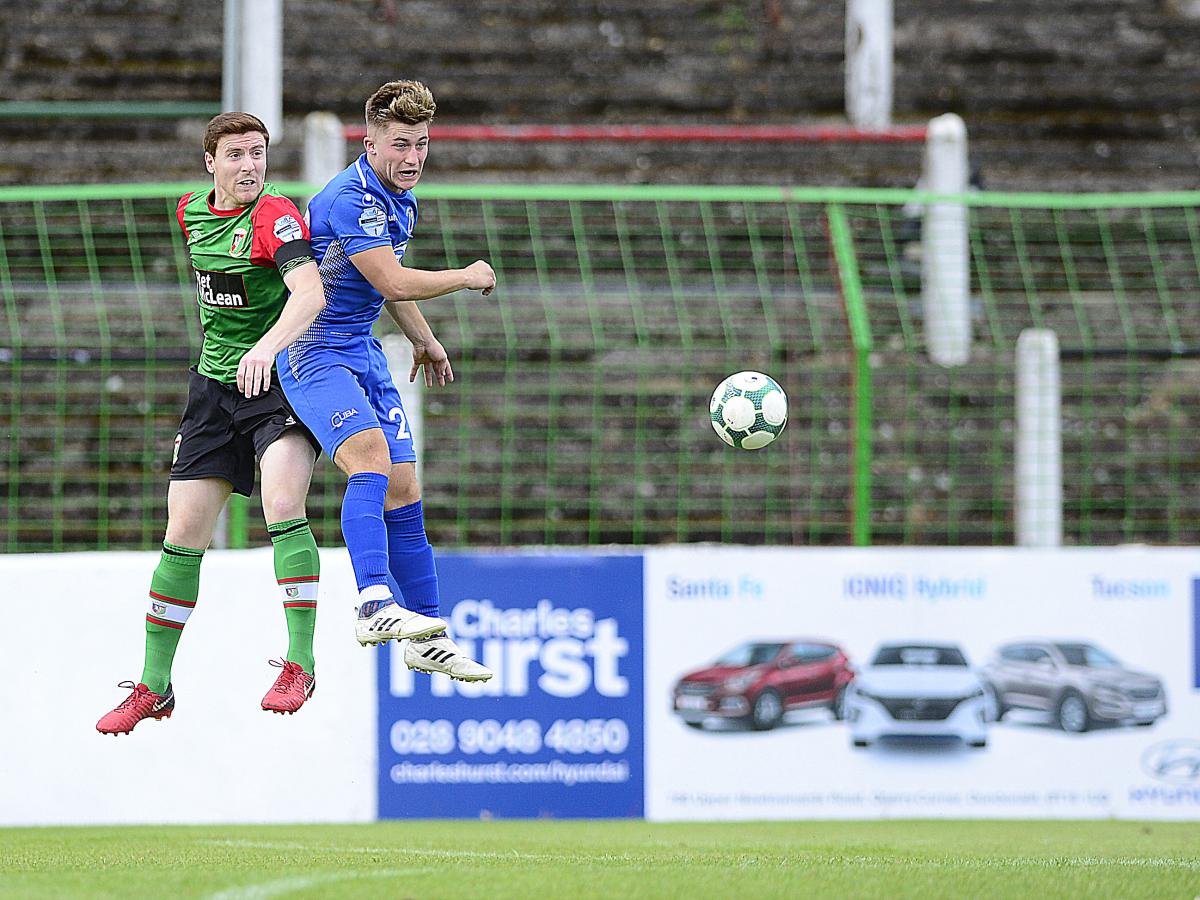 The second half was a pretty dour spectacle. Dungannon Swifts might have got back in it just before the hour but Christopher Hegarty headed straight at Morris. Both sides struggles to create any real opportunities, the Glens seeming to lack urgency and drive. Cormac Burke had a half chance for the visitors whilst at the other end John McGuigan fired over the bar. 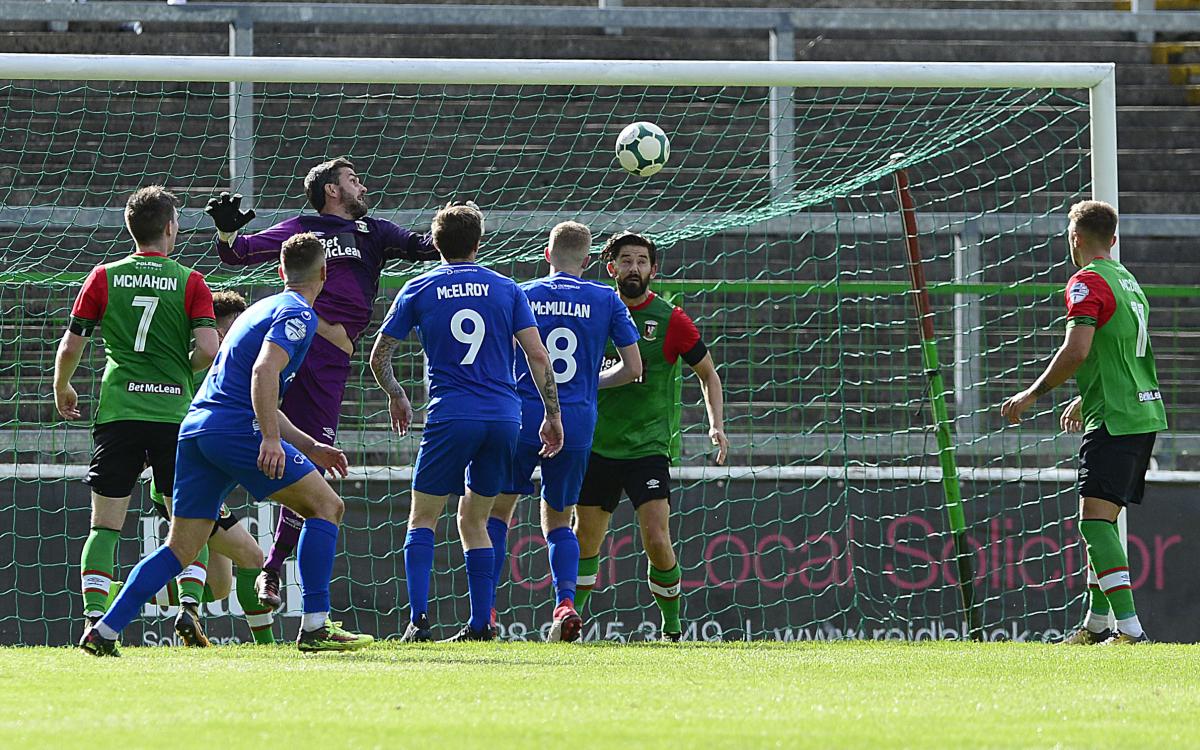 With just 4 minutes remaining Glentoran conceded yet another late goal at the City End. A corner from the right found Christopher Hegarty unmarked at the far corner of the 6-yard box. Elliott Morris got a touch on Hegarty's looping header but it crept in at the back post to ensure the Glentoran fans had another nervous end to a game. 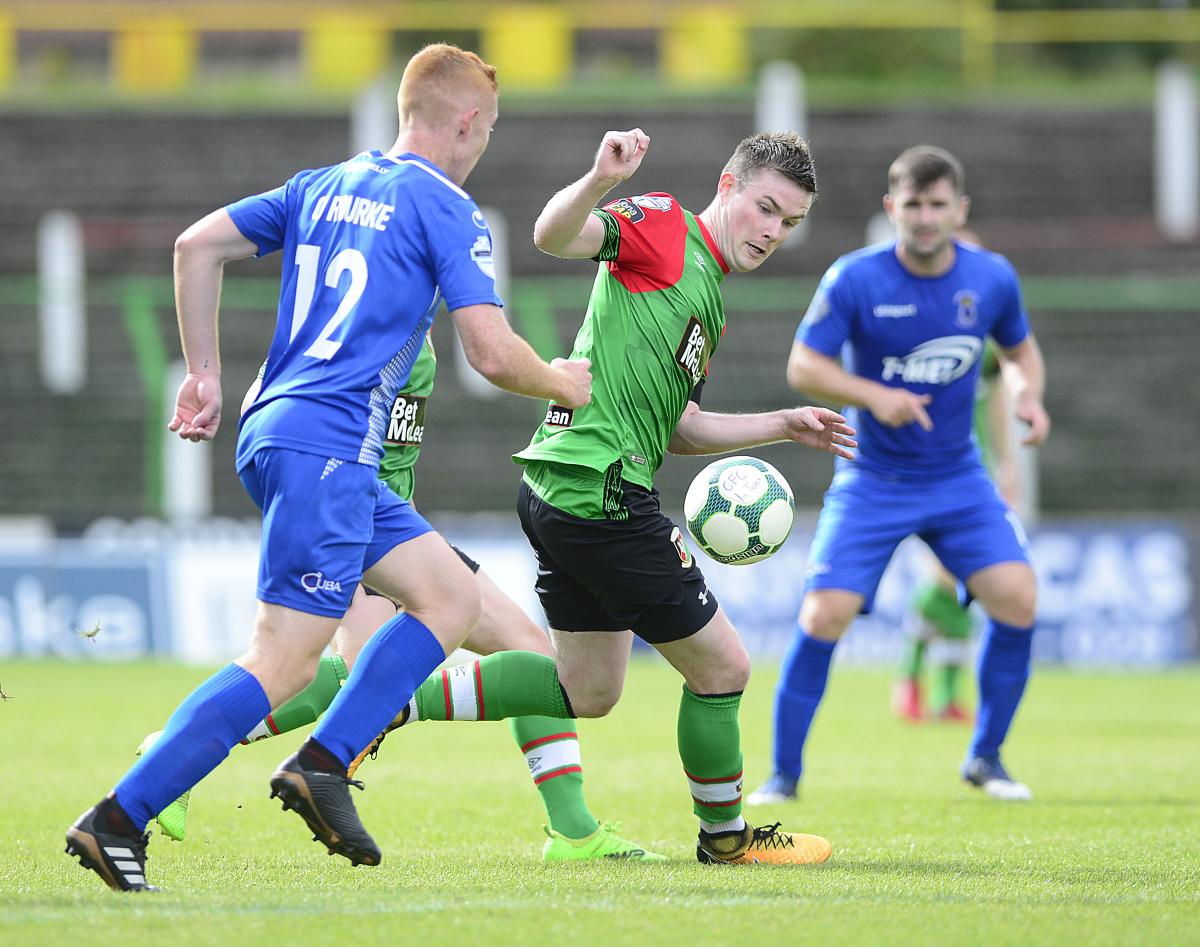 They held on though to secure the three points and that has to be a big positive. Another positive was the return from injury of Robbie McDaid and he looked really sharp and hungry in his 25 minute role.

Next up are Larne on Tuesday night in the Bet McLean League Cup at the Oval before a trip to Mourneview park to take on Glenavon in the Danske Bank Premiership next Saturday. 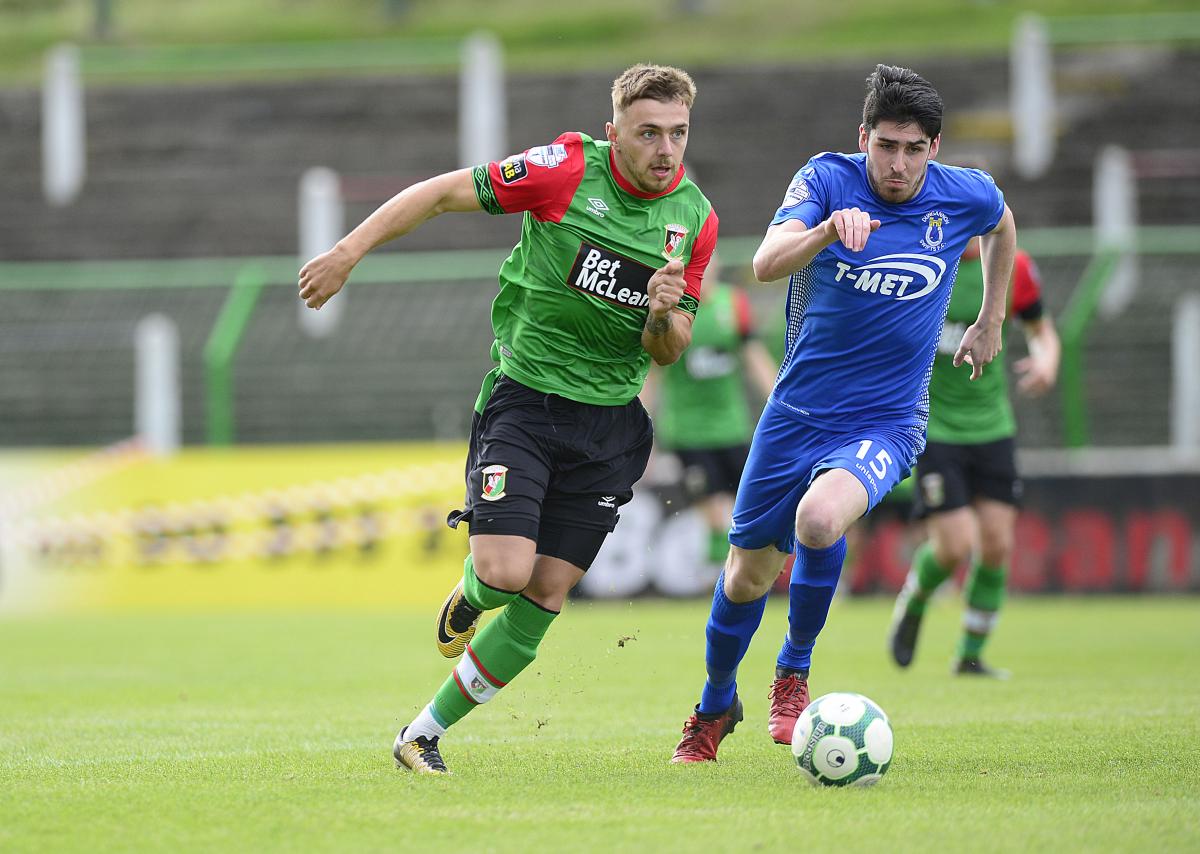 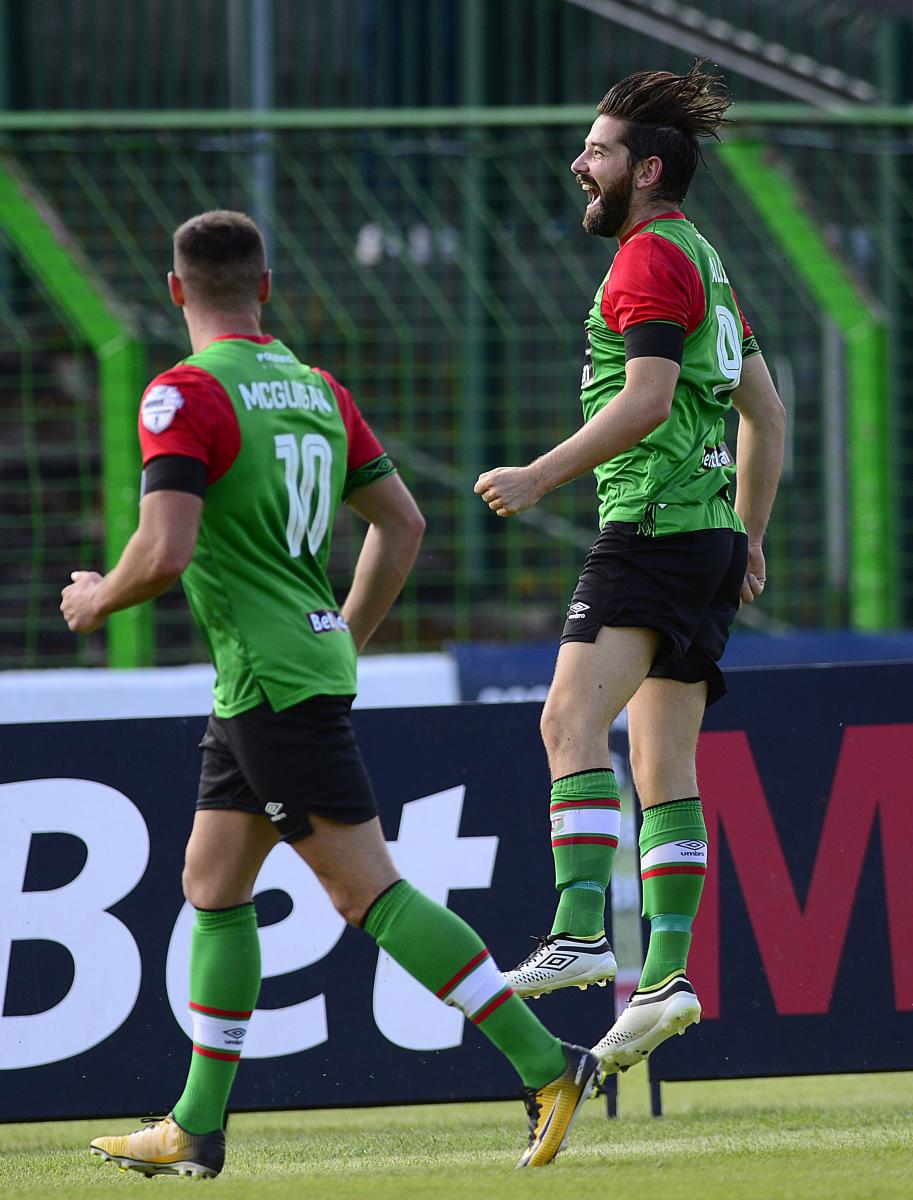