Mark Miskimmin's second-half header saw Glentoran stem the tide of recent defeats and draws as Eddie Patterson's side ran out 2-1 victors over high-flying Dungannon Swifts today at the Oval.

After an awful September that anyone connected to the Glens will want to forget, it was verging on vital that the east Belfast side started October strongly after, at the start of play, lying ninth in the Danske Bank Premiership ladder. With Calum Birney seeing red at Shamrock Park last week and Aaron Boyd ruled out with the injury he sustained in that ill-fated mid-Ulster clash, they took a seat in the stand to witness a vastly improved performance that finally displayed some dominating attacking play and creative moves; two areas of the game that have been desperately missing of late.

Indeed, immediately the red, green and black shirts piled forward, pressing for an early opener to settle the nerves in what could've been described as a 'must-win' encounter. After several sporadic attacks that ended in half-chances, the deadlock was broken after just seven tender minutes. Summer signing Mark Miskimmin made something from nothing as he chased a seemingly innocuous long ball, before controlling, swivelling and swinging a dangerous ball into the box where the onrushing Marcus Kane powered his header home with aplomb, giving Gareth Buchanan no chance in the Swifts goal.

Unfortunately, in these early end-to-end stages the Glentoran lead lasted less than ten minutes, as former Glenman Darren Boyce chased a loose ball down the right flank and, in almost frighteningly similar fashion, swung the ball over for Jamie Douglas to nod home beyond a rooted Elliott Morris. The home team tried to hit back instantaneously though, as a goalmouth scramble saw Richard Clarke and Marcus Kane have efforts saved and blocked respectively, before Mark Clarke - making his 50th appearance for the club - rifled a deflected effort goalwards and saw it fly just past the post.

A ten minute period of relentless pressure from the Oval side then ensued, with the resilient defending of Dungannon and brilliant acrobatics of Buchanan saving from Clarke, Miskimmin and Jim O'Hanlon all within a short period of time, before on 36 minutes the latter really should have restored Glentoran's advantage after poking his effort wide from ten yards with just the 'keeper to beat. 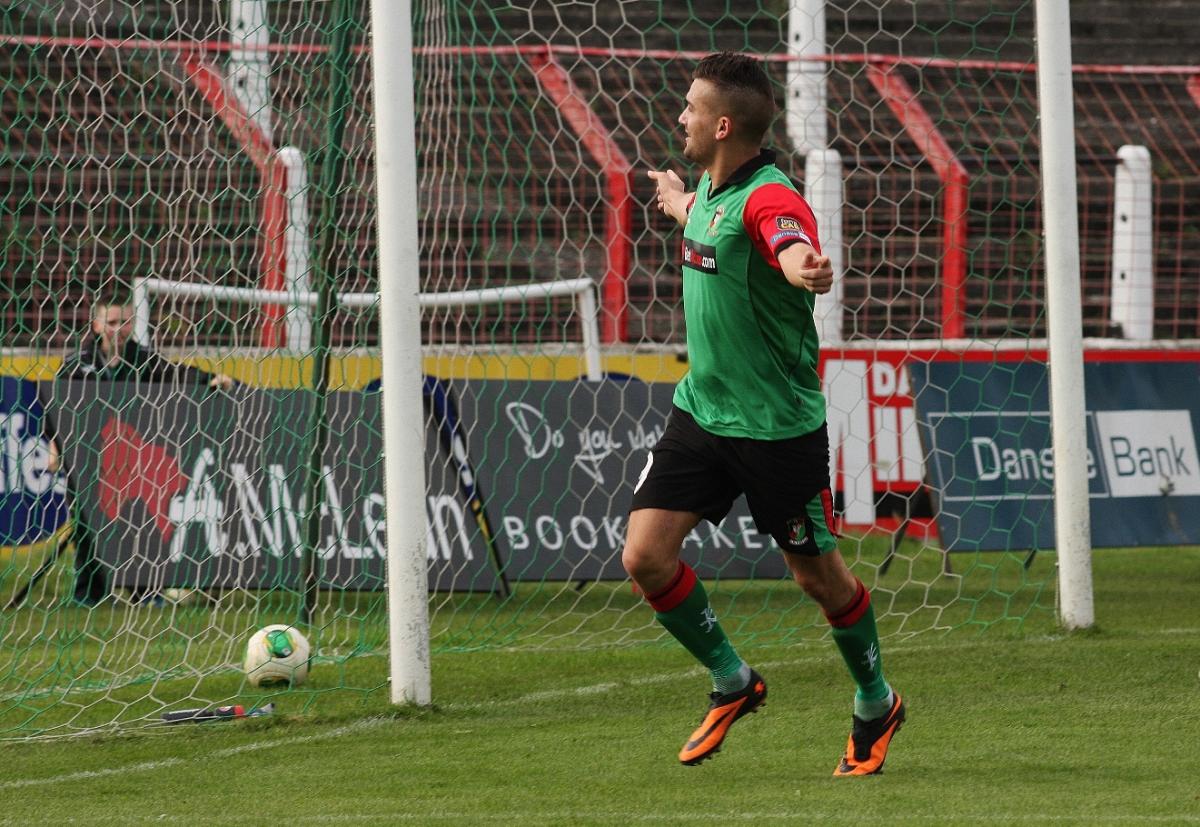 The second half began in much the same manner as the first had ended; with the Glens on the attack. On 48 minutes Kane saw his shot fizz past the Swifts' post before, nine minutes after the interval, the home team restored their one goal lead. Jason Hill was set free by a precise Stephen McAlorum pass, and the substitute - making his 300th appearance in the famous strip - produced a pinpoint cross as Miskimmin flicked his headed shot beyond the reach of an otherwise inspired Buchanan.

Then, with fifteen minutes left on the clock, the home side almost doubled their advantage; Jimmy Callacher's looping flick from McAlorum's free-kick beating Buchanan but not the crossbar. As the timer edged past 85 minutes, substitute Jordan Stewart made a complete mockery of the Dungannon defender and was felled inside the box however Hill, normally so reliable from 12 yards, saw his low strike saved spectacularly by Buchanan. Then, as the Swifts' shot-stopper sprinted forward in an effort to grab a last-minute equaliser, Hill's misery was complete after he struck wide from just outside of the box with the goal at his mercy. 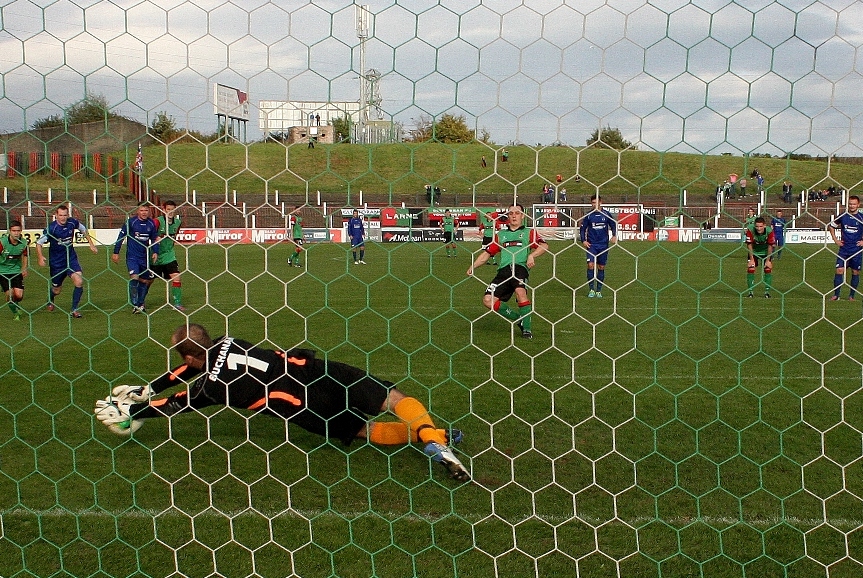 At the end of the day though neither miss mattered as the Glens got back to winning ways. Next up is a mouth-watering League Cup tie at the Oval on Tuesday night as we welcome our Big Two rivals Linfield to east Belfast, before returning to league action on Saturday; making the long journey to Dungannon as we face newly-promoted Warrenpoint Town.