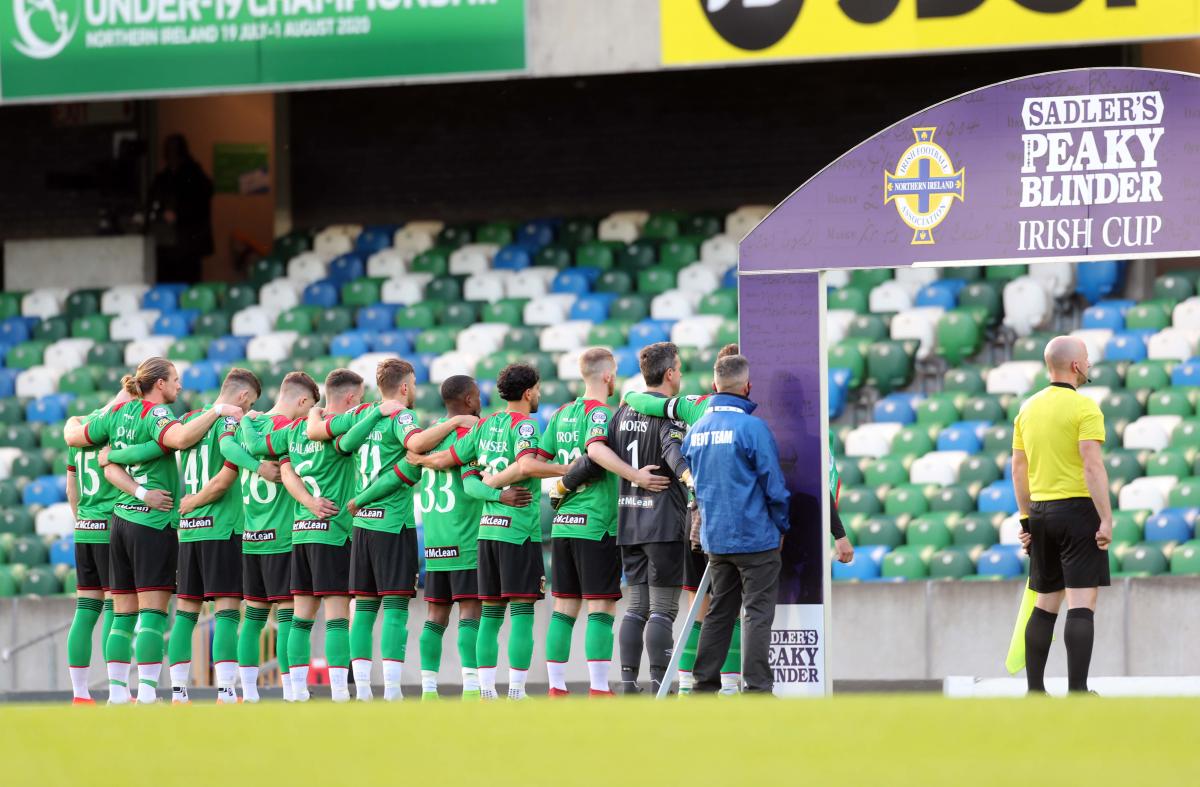 Mick McDermott named an unchanged team, going with the same starting XI that overcame Cliftonville in the semi-final.

The Ballymena United starting line up included two former Glentoran players; Jonny Addis and Steven McCullough whilst another, James Knowles was on their bench. 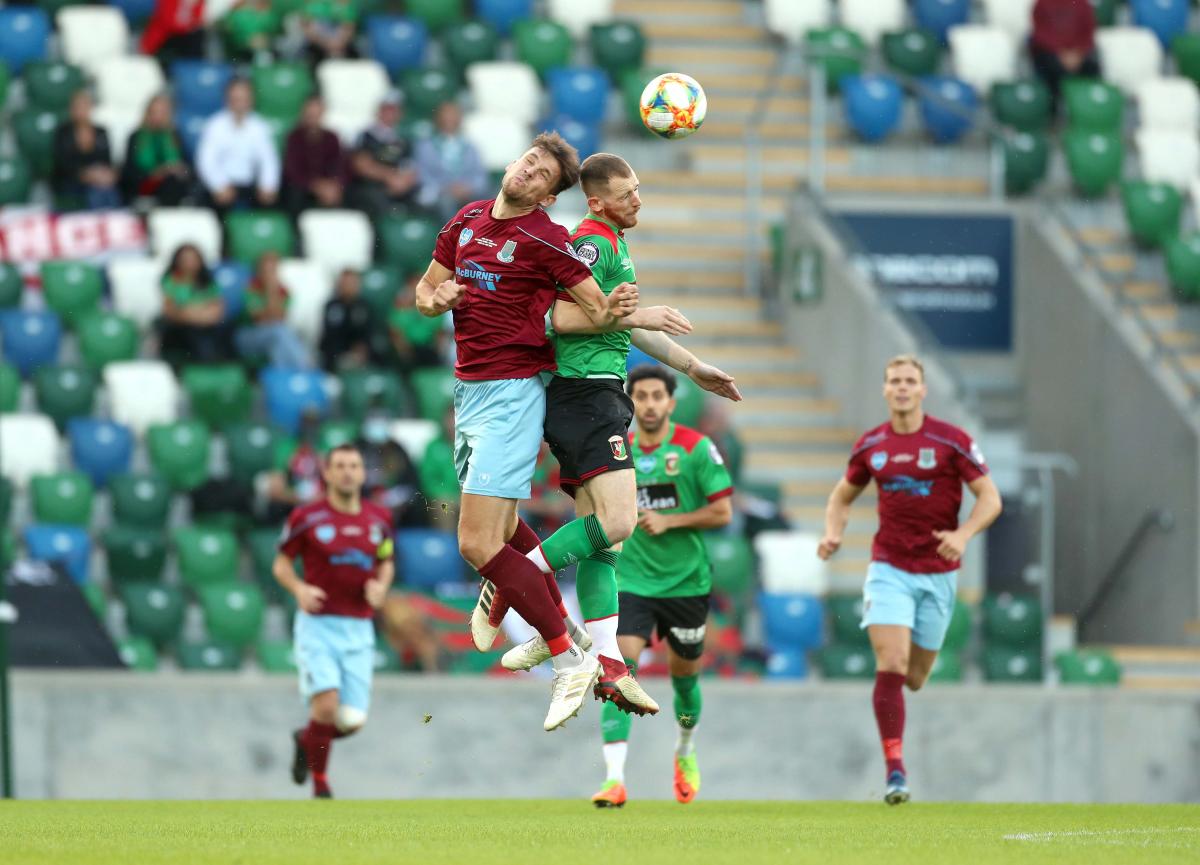 The Braidmen started the brighter. With just 8 minutes on the clock a cross from Whiteside looked destined to fall for Friel before a timely interception by Elvio Van Overbeek. 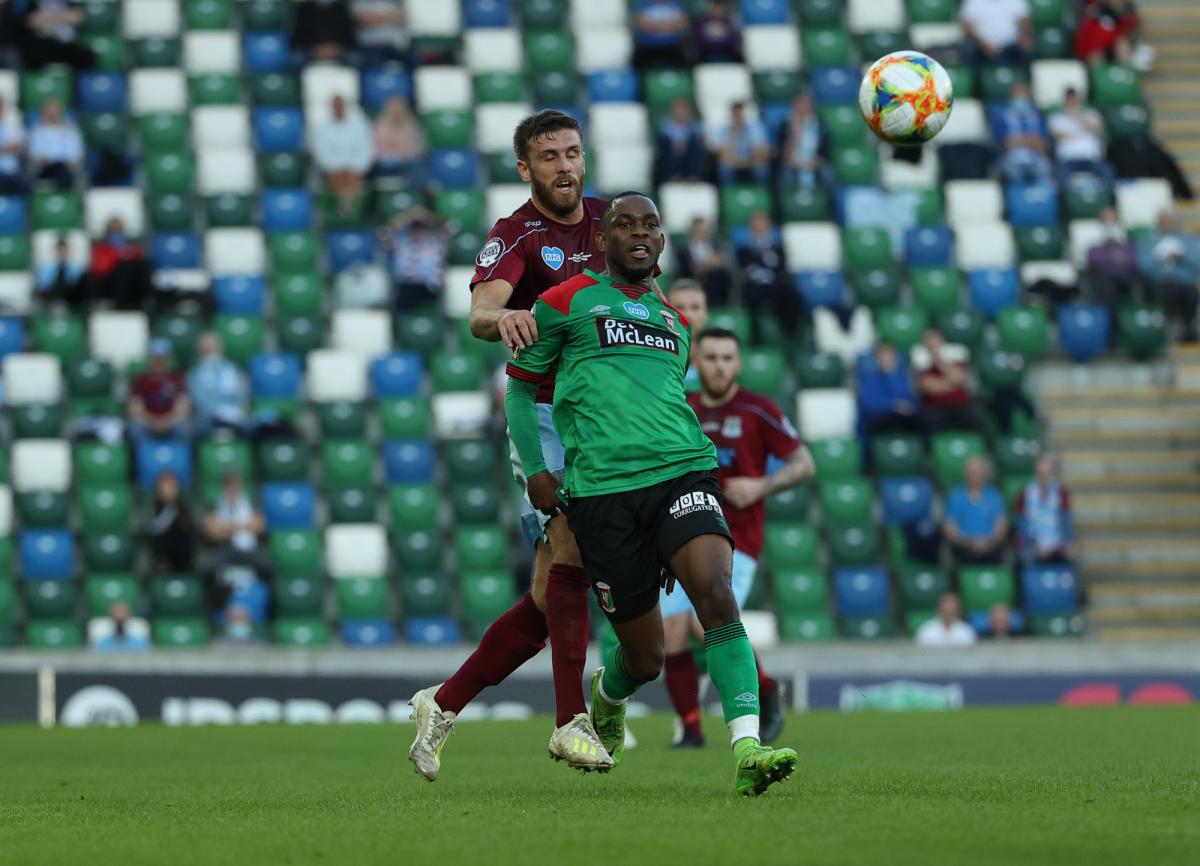 Lecky was the main threat for David Jeffery's team, holding up the ball and distributing it to his team mates. On 17 minutes he combined well with McGrory to set Kelly clear. Kelly should probably have gone for goal but tried instead to feed Friel, however once again Van Overbeek broke up the attack. United kept pressing and Keith Cowan did well to block another effort from Winchester. 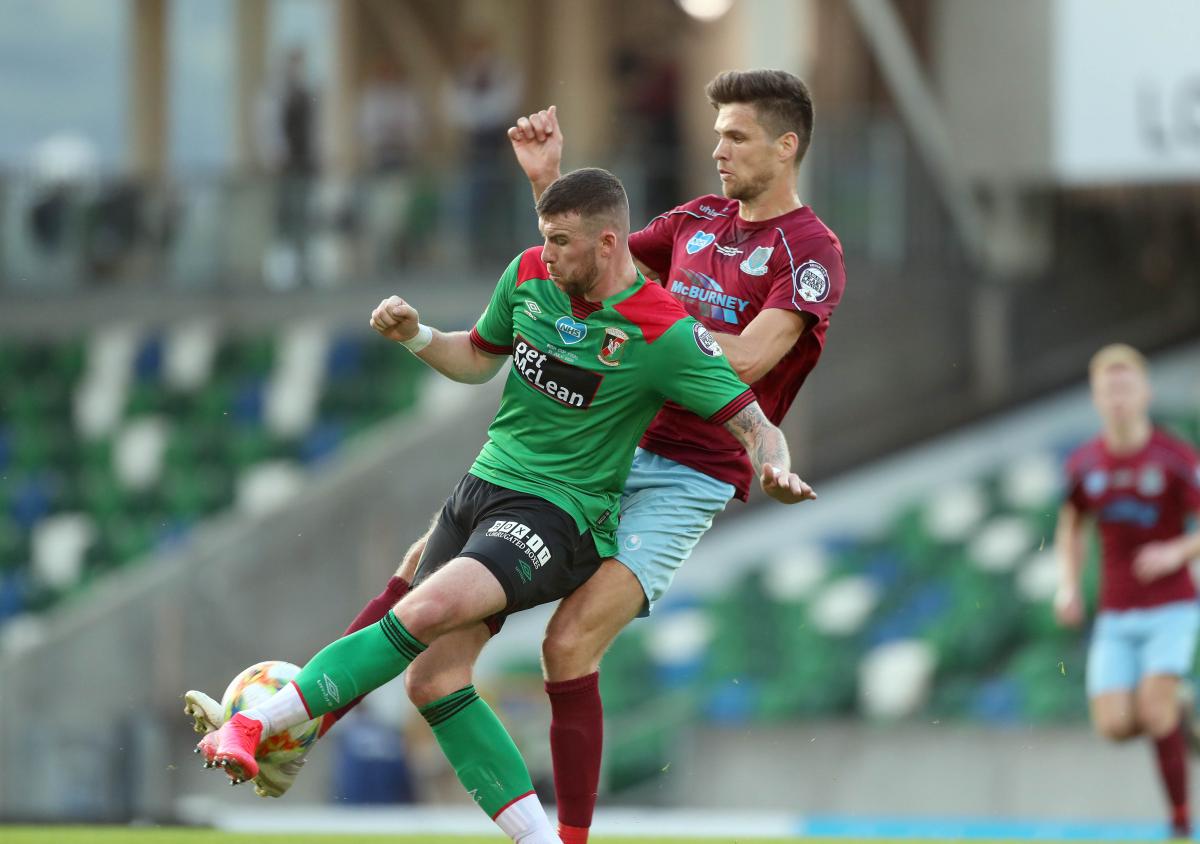 Following thw water break Glentoran should have grabbed the lead. Van Overbeek fed Nasseri and he went past a defender before seeing his low shot blocked by the feet of Glendinning. The ball came back to Nasseri but with the goal at his mercy he fired into the side netting! 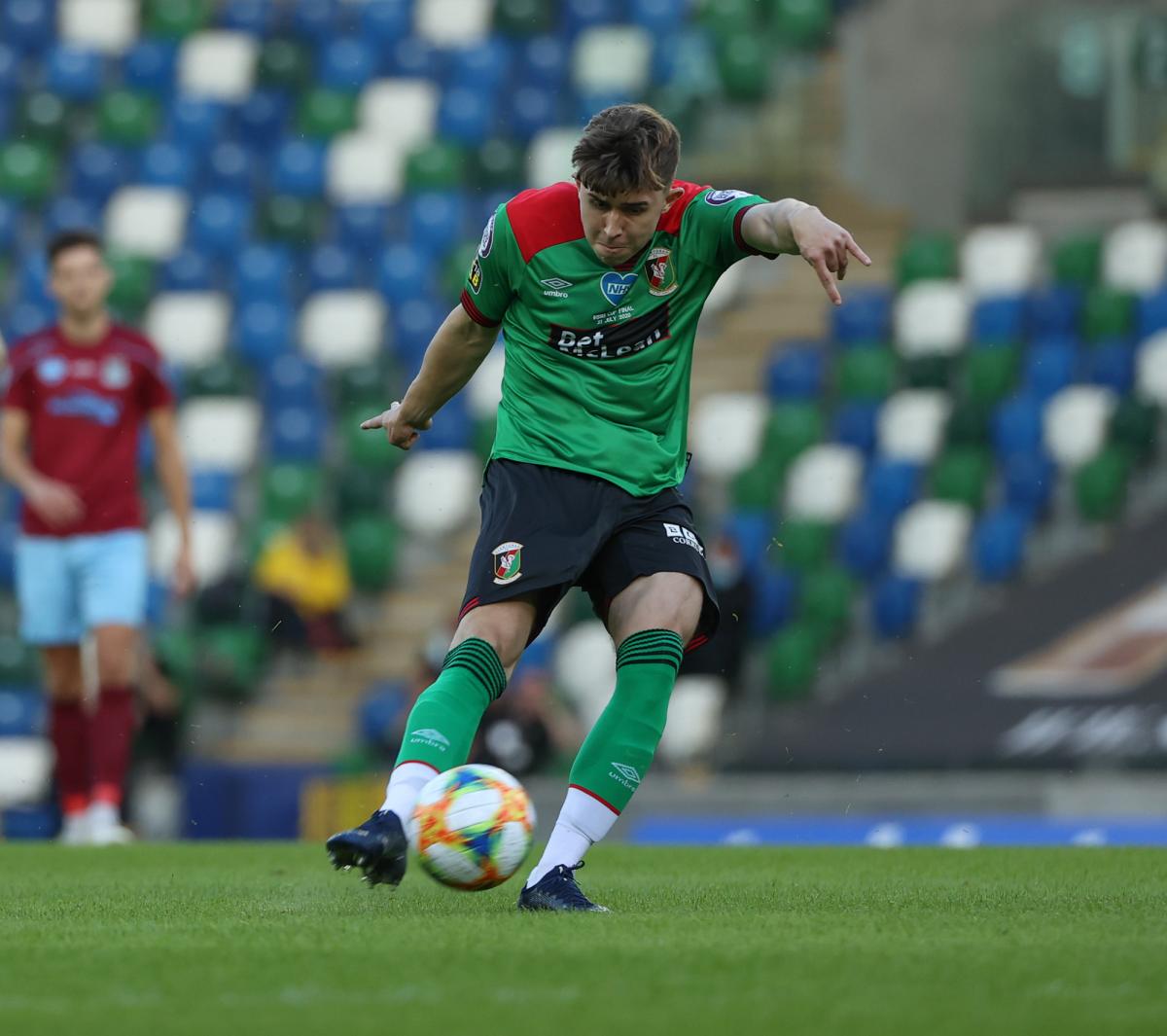 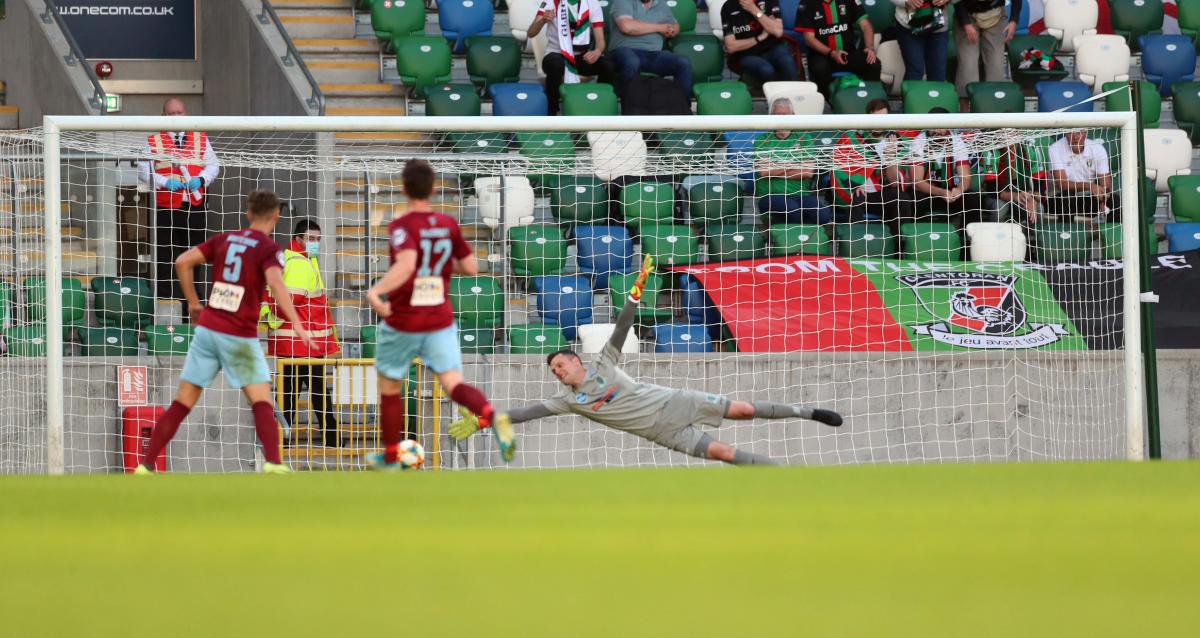 Ballymena Untied's reprieve didn't last long though. A minute later Joe Crowe punted the ball forward looking for Robbie McDaid. The Sky Blues skiiper, Ervin headed clear but the ball went straight to Paul O'Neill. The impressive youngster cut across the field, getting away from Addis before curling a 22 yard effort beyond Glendinning and into the corner of the net. 1-nil Glentoran. To their credit, Ballymena United didn't let the goal get them down and continued to threaten, particularly from set pieces. They came close on 27 minutes when Friel diverted a McCullough corner goalwards but Elliot Morris dealt with it comfortably. 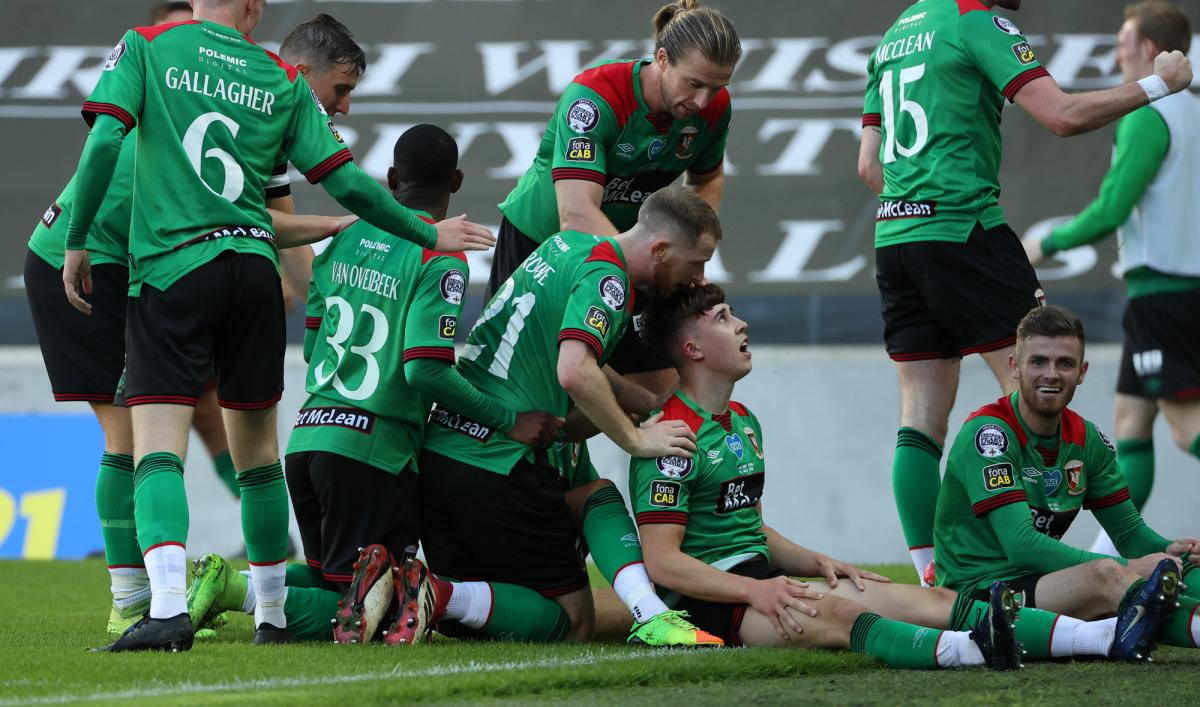 Just after the half hour mark the excellent Cricky Gallagher broke into the box and his low cross found Nasseri however his tame effort was easily kept out by the Ballymena keeper. Lecky, probably the most influential player of the opening half, had the last attempt before the break but his header flew over the bar. 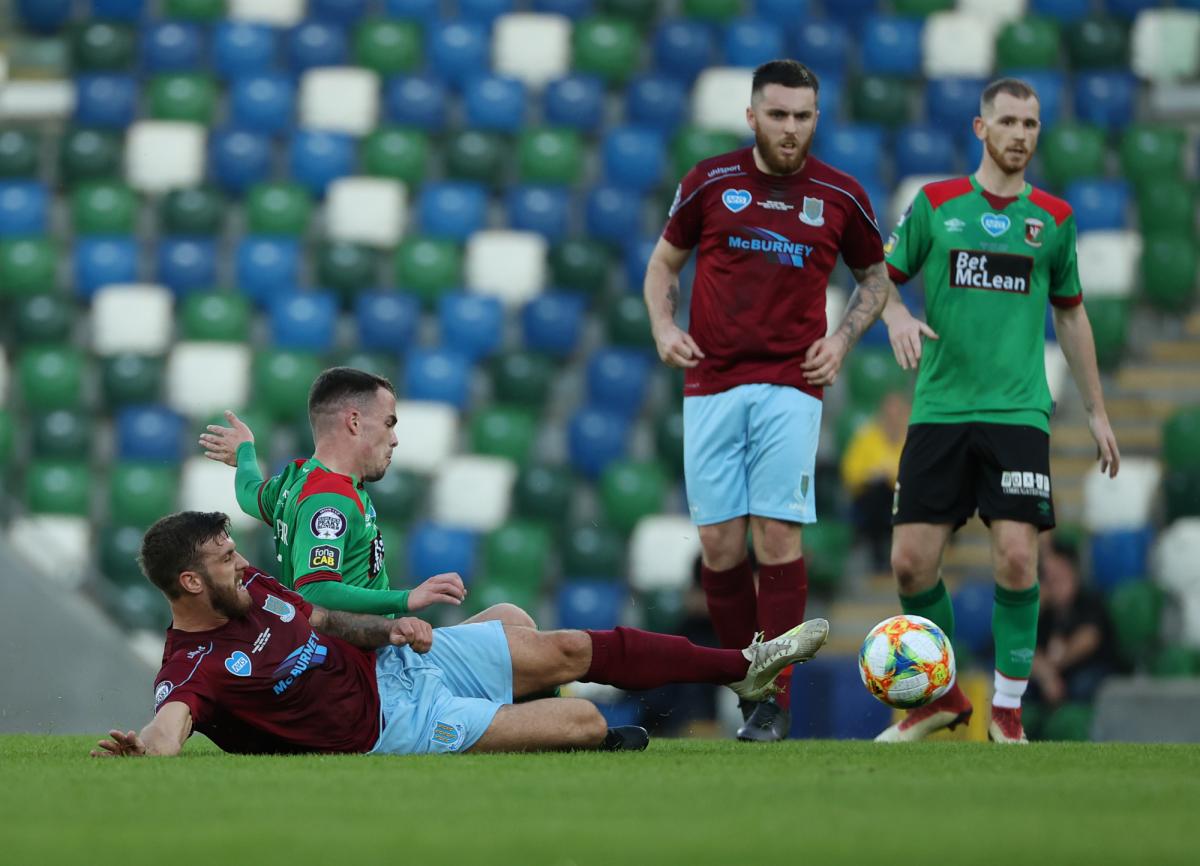 Less than 3 minutes into the second half United equalised. Another McCullough corner was met by Friel and his powerful header from the corner of the 6-yard box flew past Morris. Morris felt he had been impeded by Lecky but referee Tim Marshall allowed the goal to stand. Glentoran responded and Ruaidhri Donnelly went close with a 25-yard free kick. The ball took a deflection off the wall; something missed by referee Marshall. Just before the hour Friel again had a chance. Cutting in from the left, he let fly but Paddy McClean got in a terrific block. 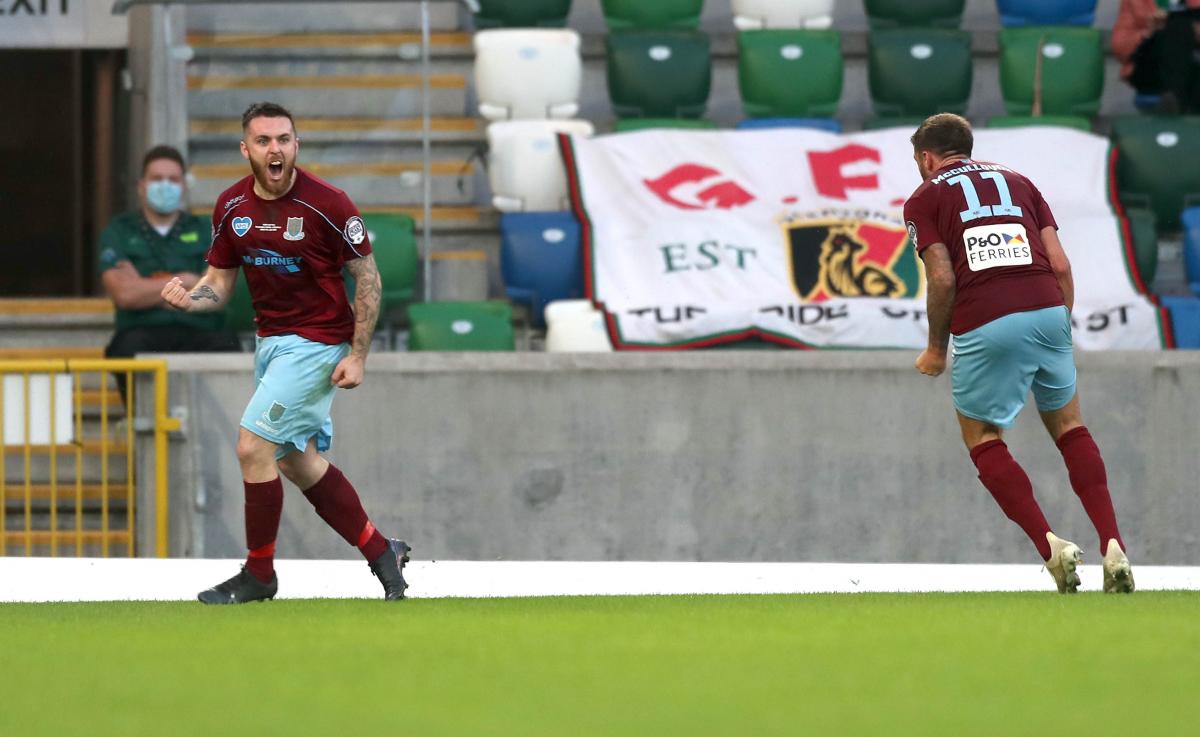 The last quarter of the game saw few chances; both teams obviously feeling the effects of 120+ minutes just a few days earlier. Glentoran had penalty appeals waved away by referee Marshall with just 3 minutes remaining when Addis appeared to hold back Robbie McDaid in the area. Then in injury time a free kick into the Ballymena United box was headed on by Marcus Kane but Glendinning got to the ball just ahead of McDaid. 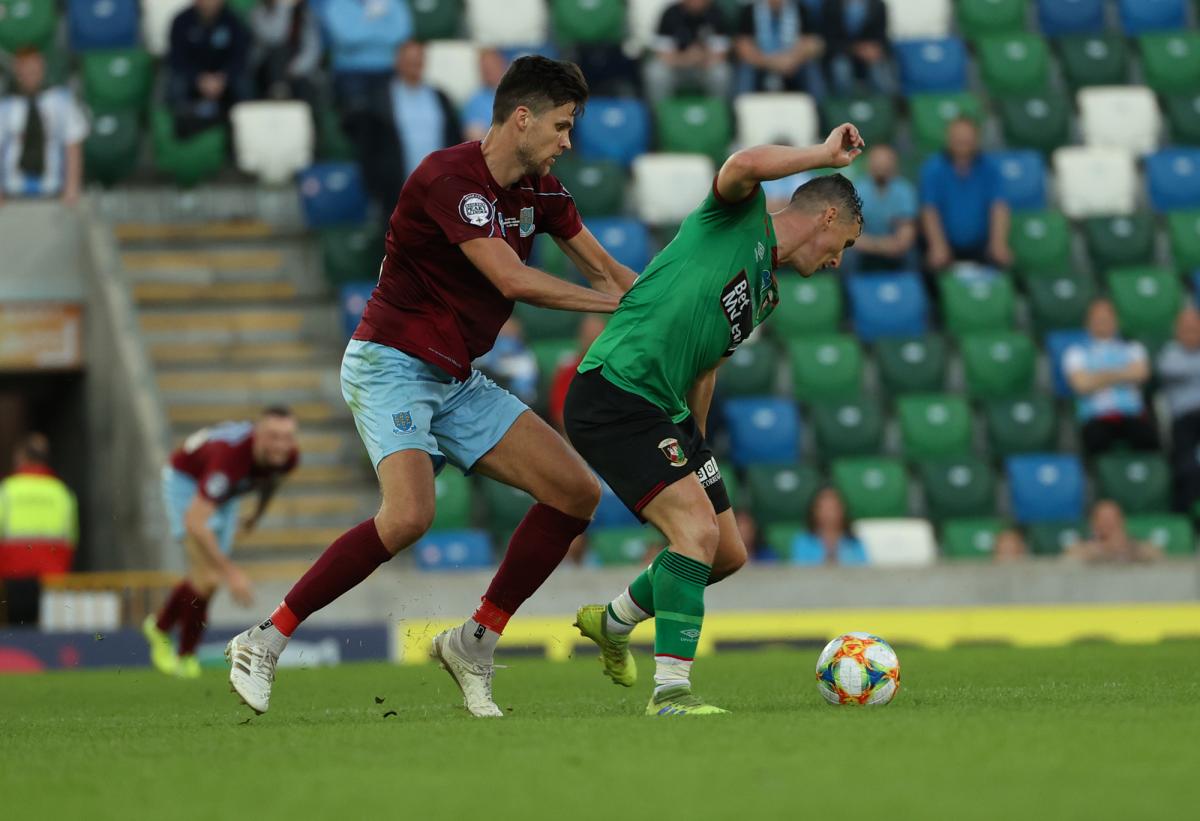 In the first period of added time both side had an opportunity to grab an advantage. Paddy McClean conceded a free kick on the edge of the area but McCullough fired well off target. Then Nasseri broke clear on the left. Substitute Jonny Frazer made a fantastic run into the area but the cross was poor and behind Frazer. 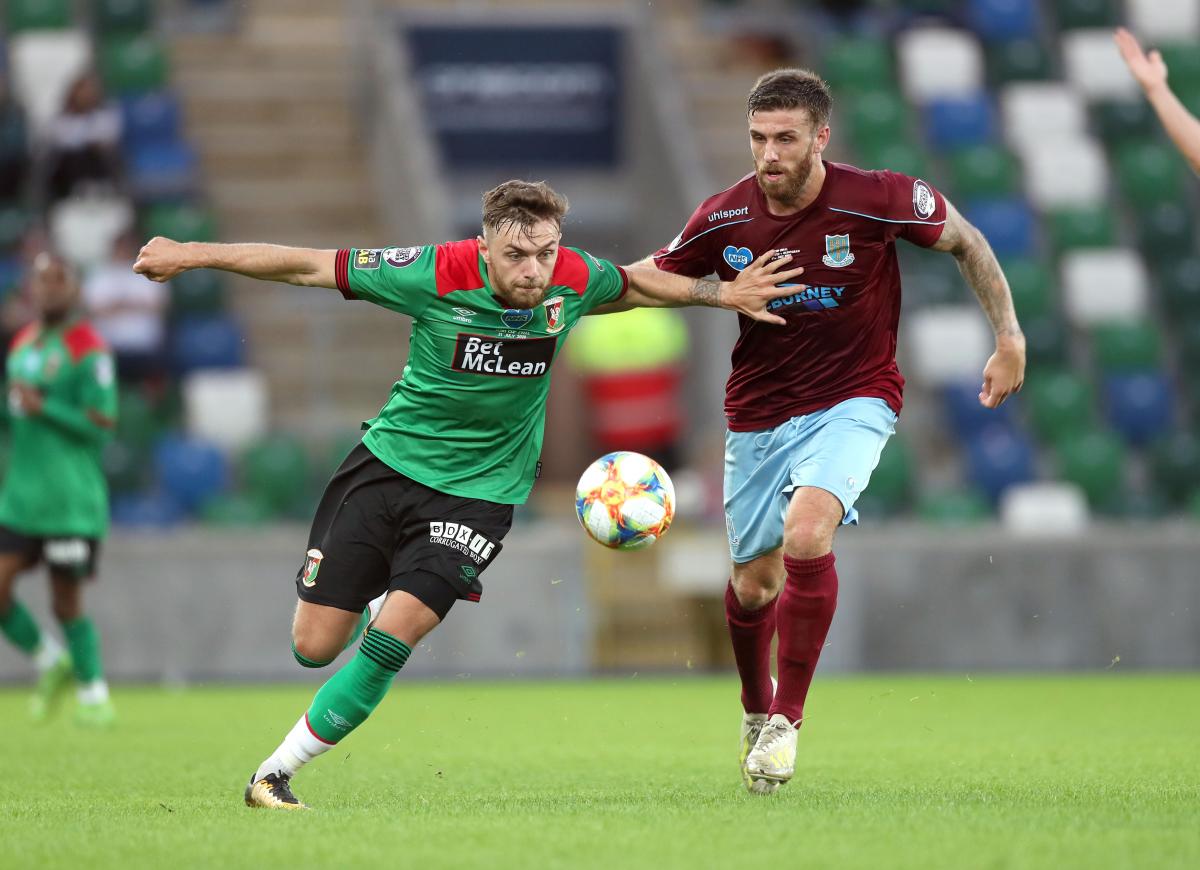 With just 6 minutes of extra time remaining Robbie McDaid decided the game. Ciaran O'Connor, who produced two excellent performances coming off the bench this week, made a superb run to the edge of the area before firing the ball into the danger area. Despite Ervin and Addis being close by, McDaid reacted quickest and drilled a low shot into the corner of the net. Glendinning had no chance. Gavin Peers replaced Ruaidhri Donnelly as the Glens sought to hold on to the narrow lead. In the final minute of injury time United had one last chance when they were awarded a corner on the right. The ball was curled in under the crossbar but Elliott Morris punched it to the edge of the box from where it was hooked down field. Tim Marshall blew the final whistle and Glentoran had won the Irish Cup again. 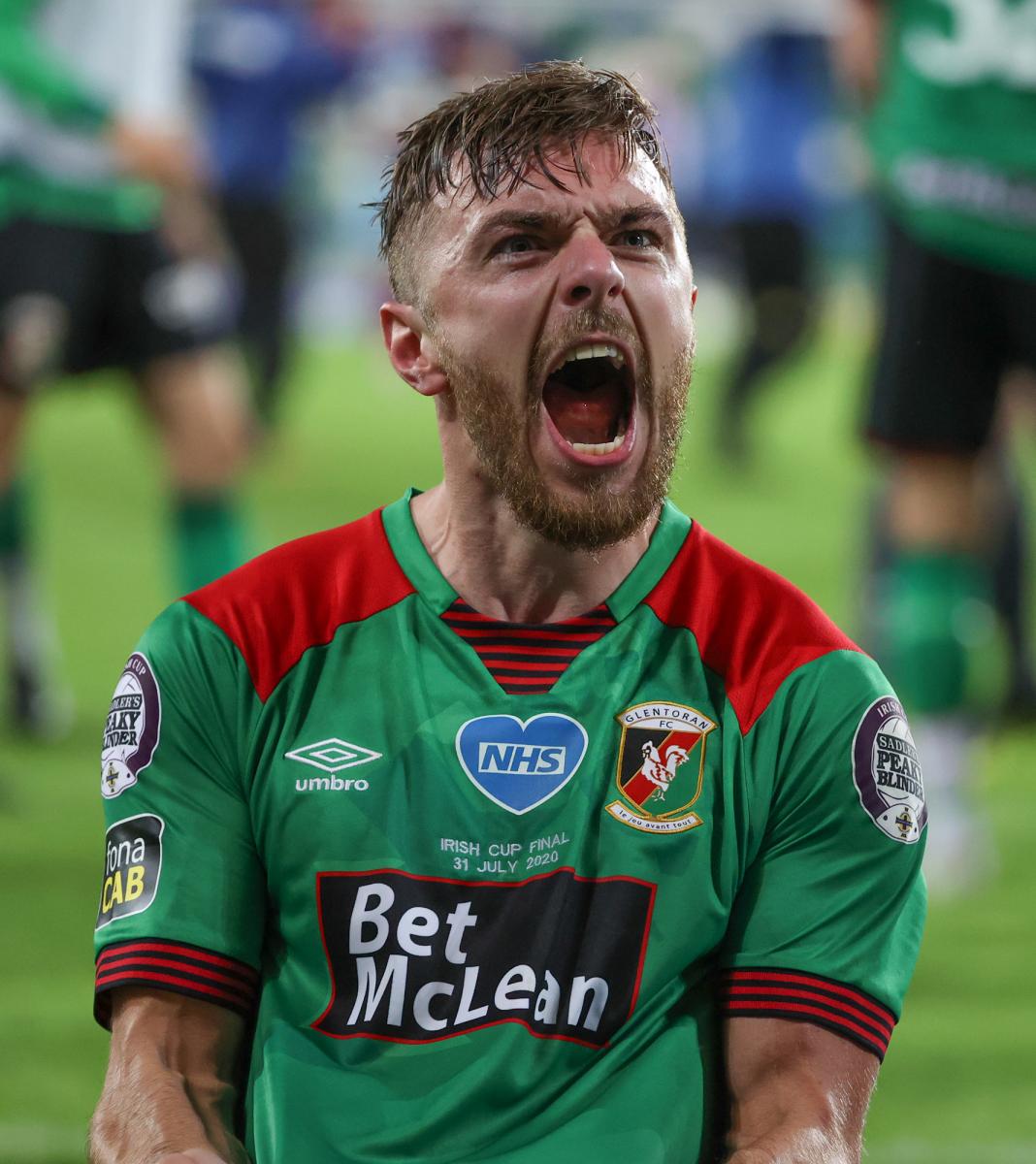 So the 2019-20 season finally ended. It ended on the pitch with 3 great games and a trophy going to deserved winners. There will be no need for an asterix. 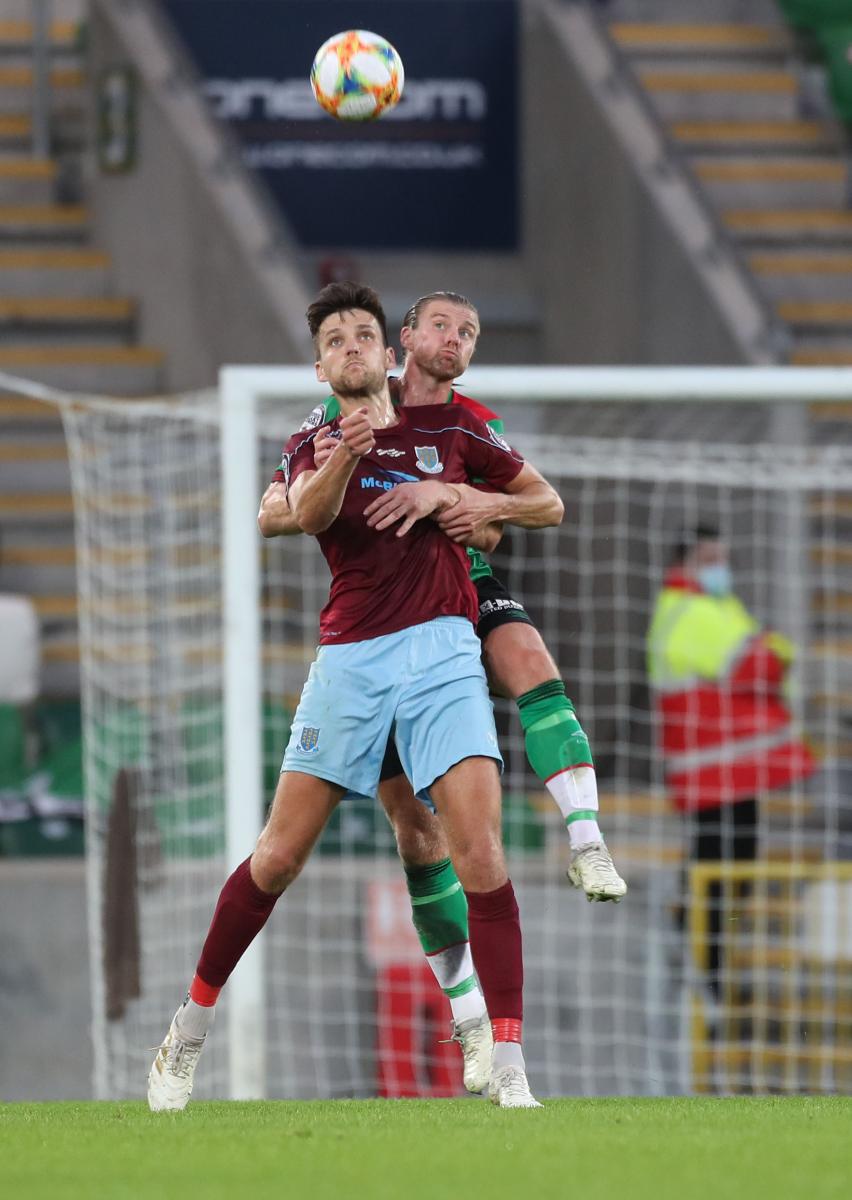 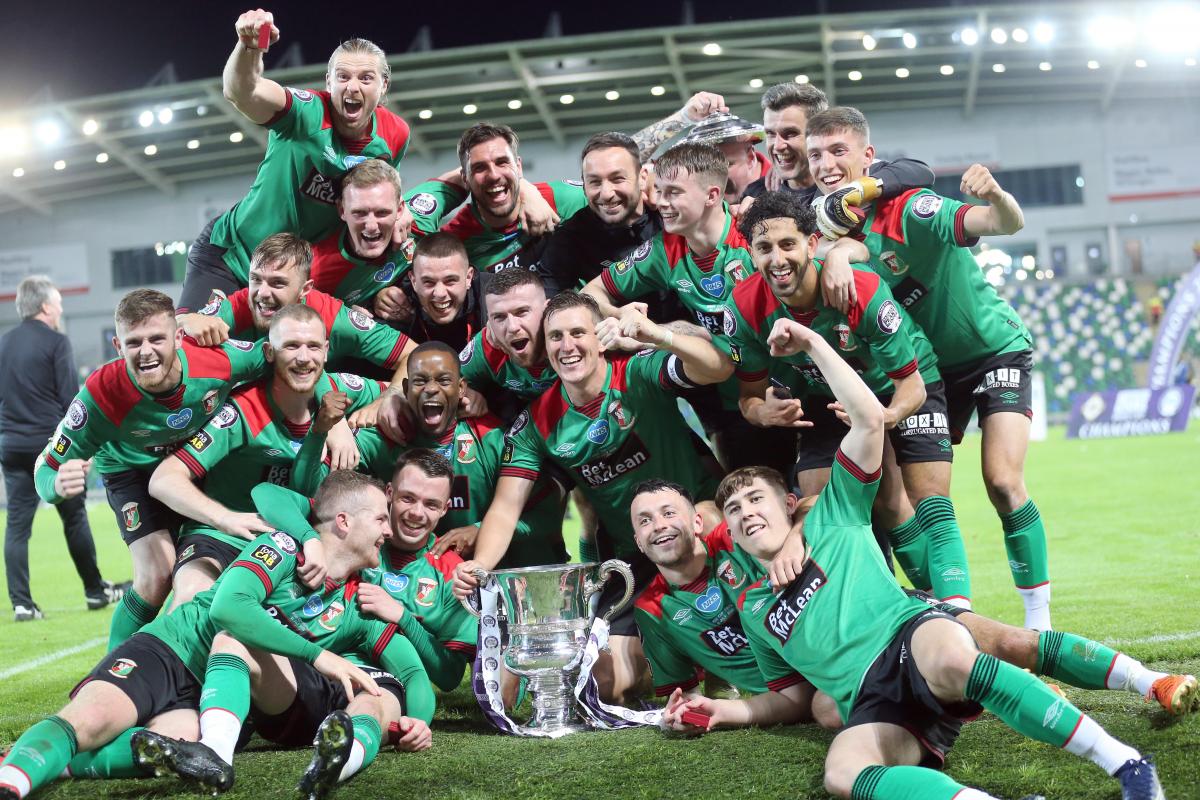 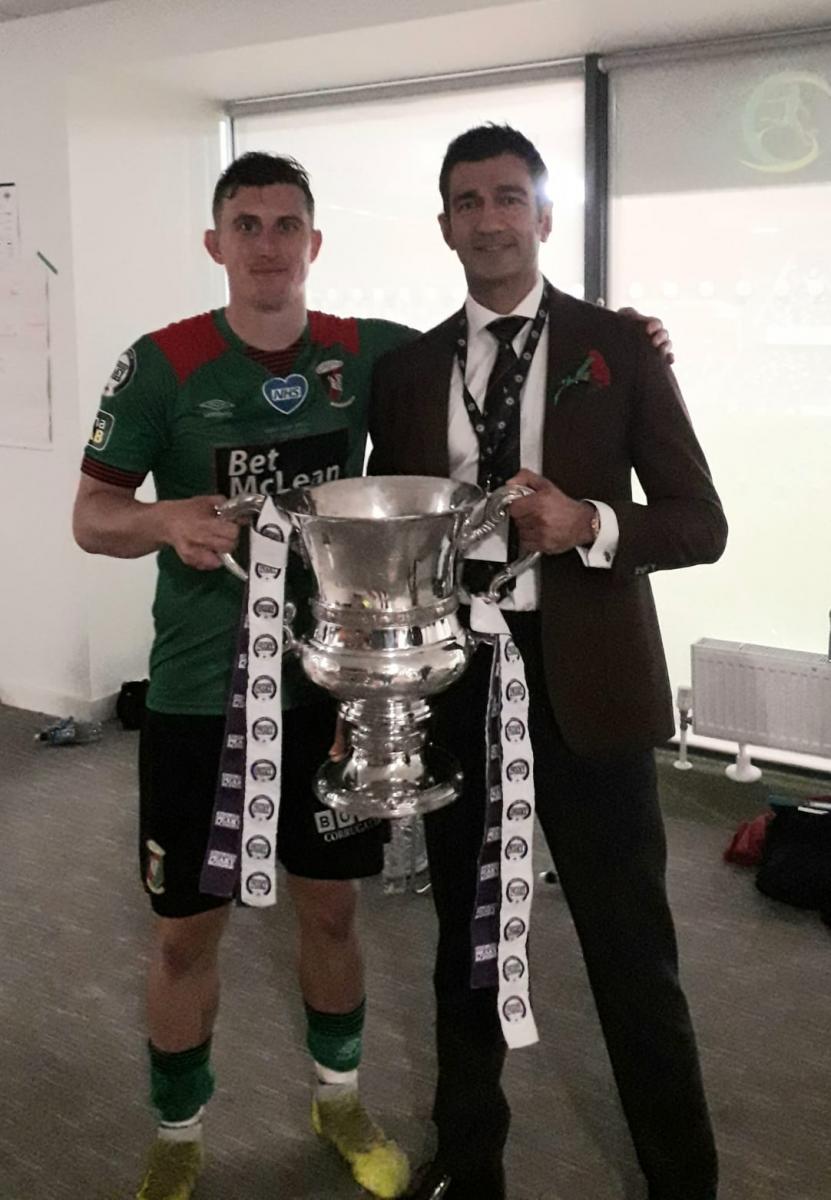 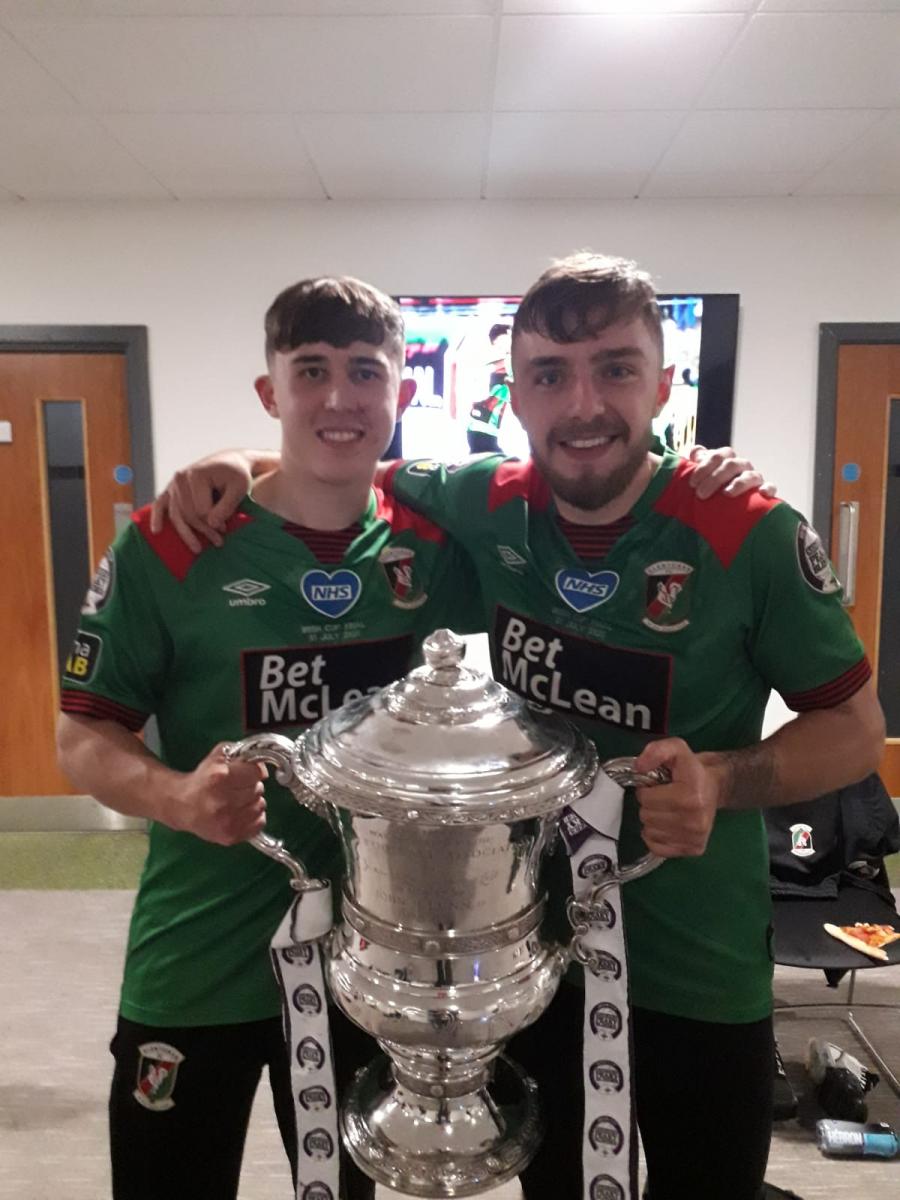