Today's final home game of the season was put in doubt as Storm Hannah arrived in Northern Ireland overnight; rain and wind sweeping over our old East Belfast Oval stadium. Things looked pretty bleak around 11:30am but thanks to our hard working groundsman, William Kirkwood, ably assisted by finance director, Richard McGuinness and a small team of helpers we were good to go by 3pm. 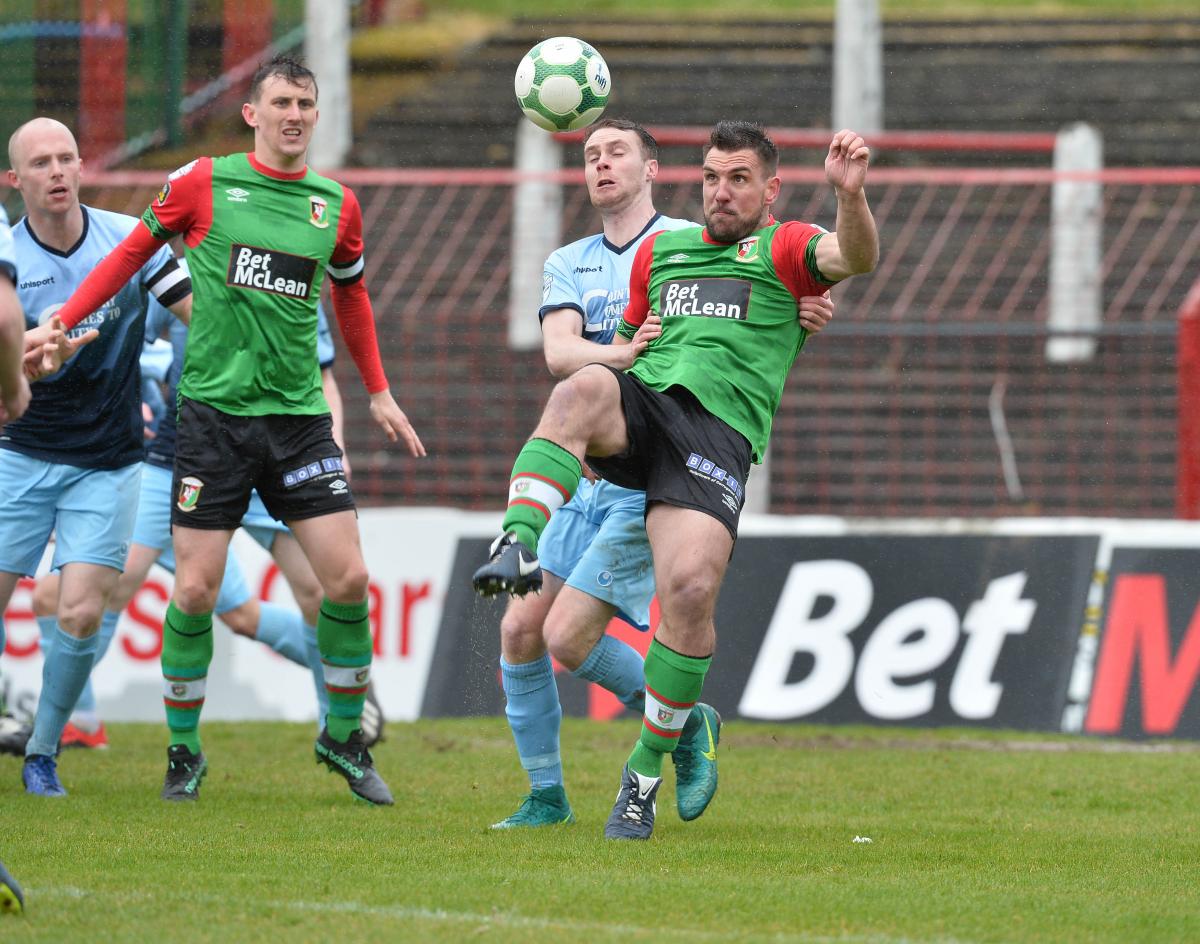 Chris Gallagher, recovered from his hamstring strain was back in the starting XI along with Willie Garrett; Calum Birney and Steven Gordon dropping to the bench. Glentoran began playing towards the Sydenham End with the strong wind at their backs however it took almost a quarter of an hour before we had our first attempt on goal, Nathan Kerr's excellent right wing cross being headed wide of the target by Glentoran's 'Player of the Year' Robbie McDaid. Curtis Allen was next to try his luck but his free kick hit the Institute defensive wall. The ball was cleared to Chris Gallagher but his effort was deflected wide of the target for a corner. 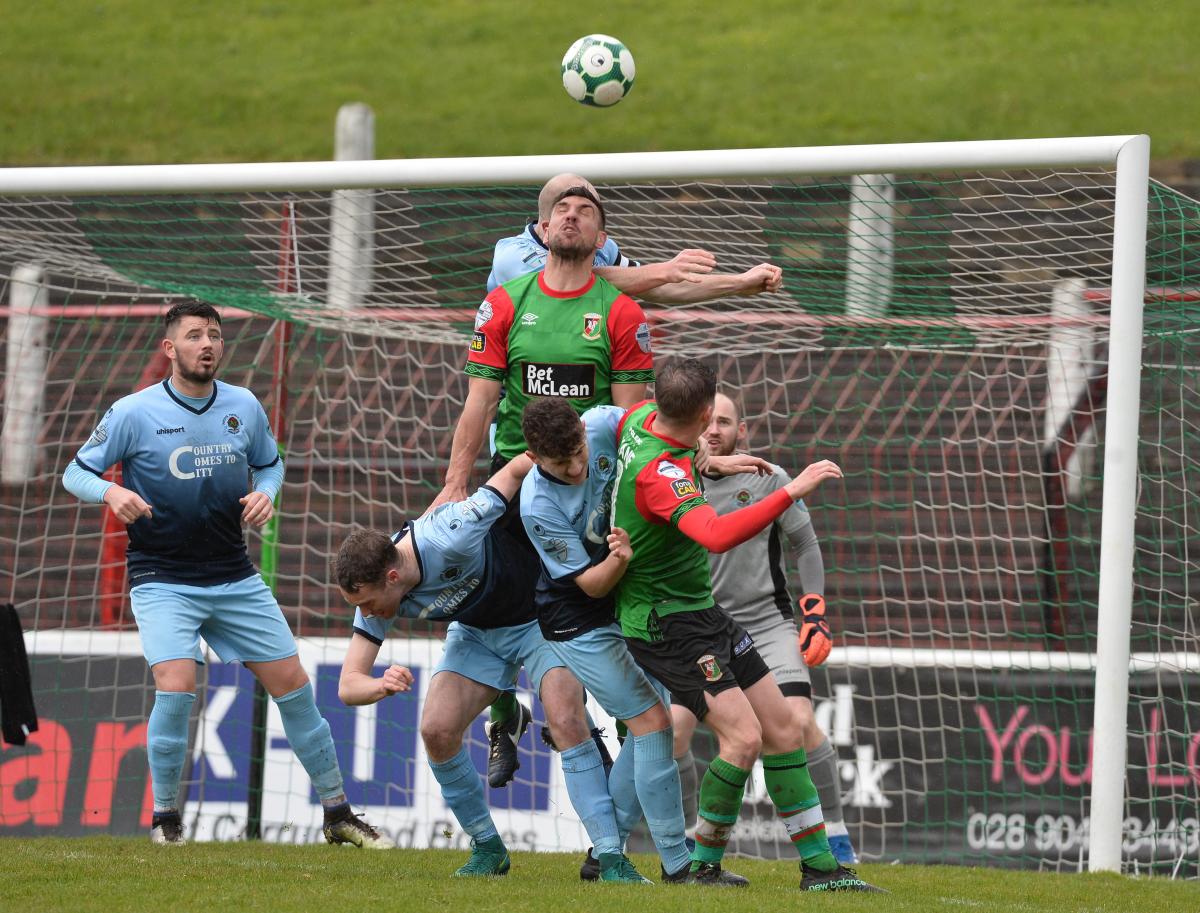 Midway through the half neat build up play involving Allen, Murray, Kerr and Herron ended with Darren Murray's shot going high and wide of the target. Murray came much closer on 34 minutes after a blocked shot from Curtis Allen fell kindly for him but unfortunately Murray's shot on the turn was inches wide of the post. The Glens were getting closer though and 2 minutes later Nathan Kerr's long range drive seemed destined to break the deadlock but took a slight deflection and crashed off the post with Martin Gallagher in the 'Stute goal rooted to the spot. The final action of the half saw Darren Murray going for goal with a 30-yard free kick which failed to trouble Gallagher. 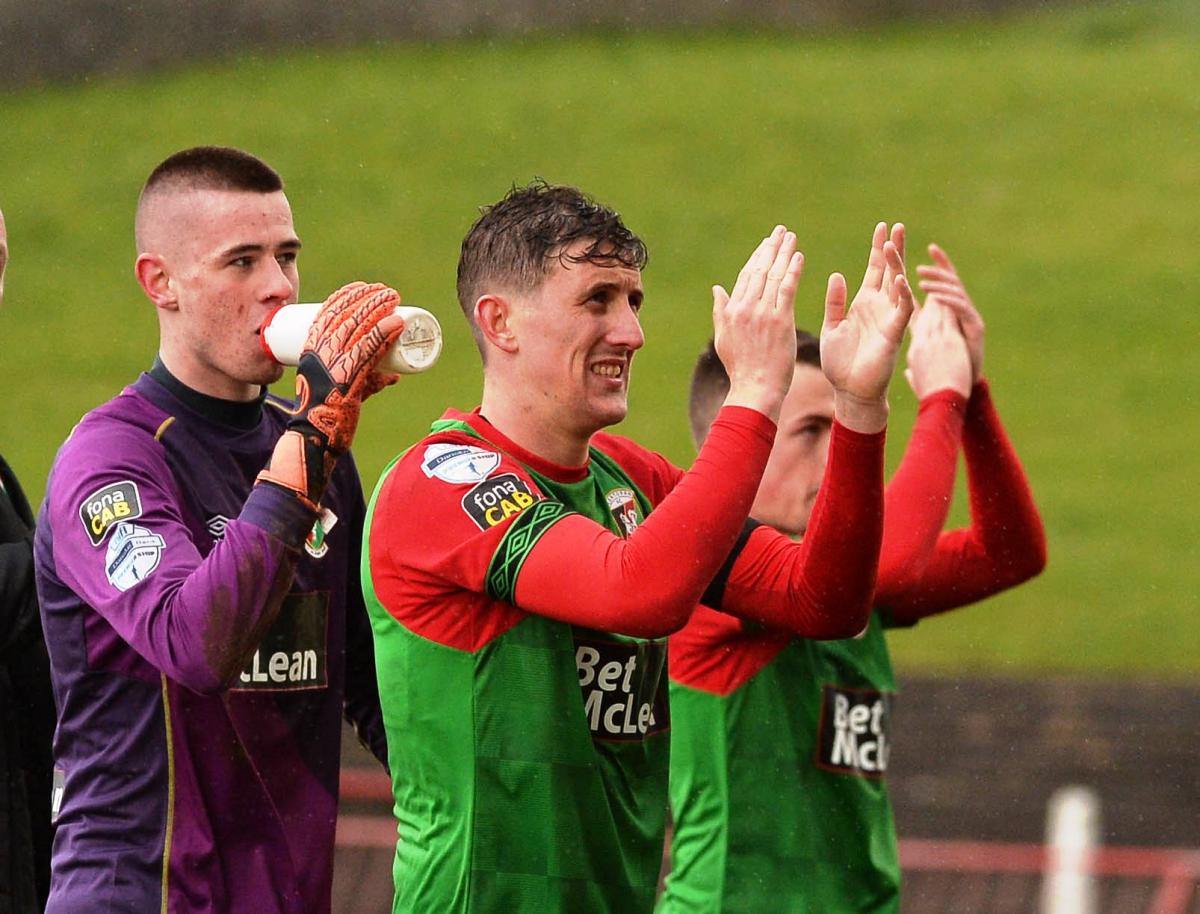 Glentoran fans probably feared the worst with the team failing to take advantage of the first half conditions and not managing a shot on target in the first 45 minutes. It didn't pan out the way people thought though with the Glens upping their performance level after the break and dominating both the opposition and the conditions in the second half. On 49 minutes John Herron did well on the left, creating space for himself and then finding Curtis Allen. Allen's blocked effort fell for Murray but his strike on goal was deflected wide for yet another corner. On 57 minutes Elliott Morris, who had picked up a knock in the first half, was unable to continue and young teenage goalkeeper, Paul McLaughlin came off the bench to make his first team debut. 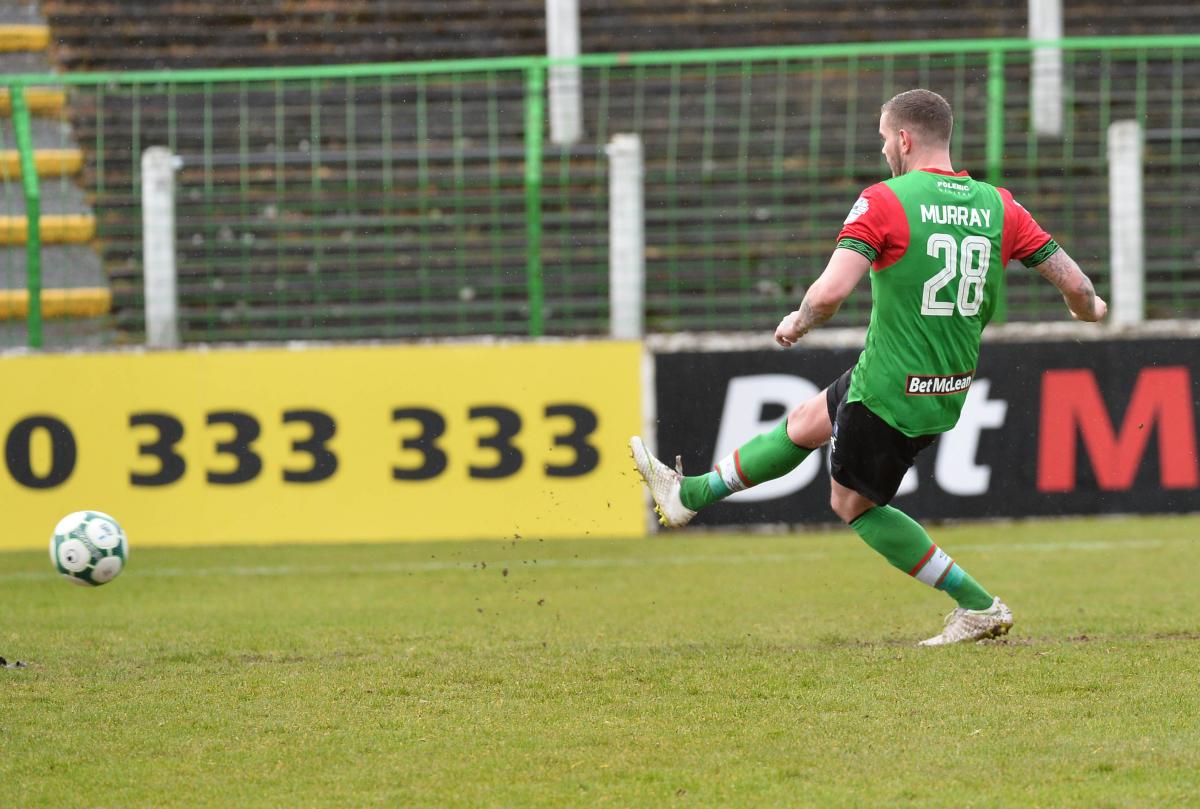 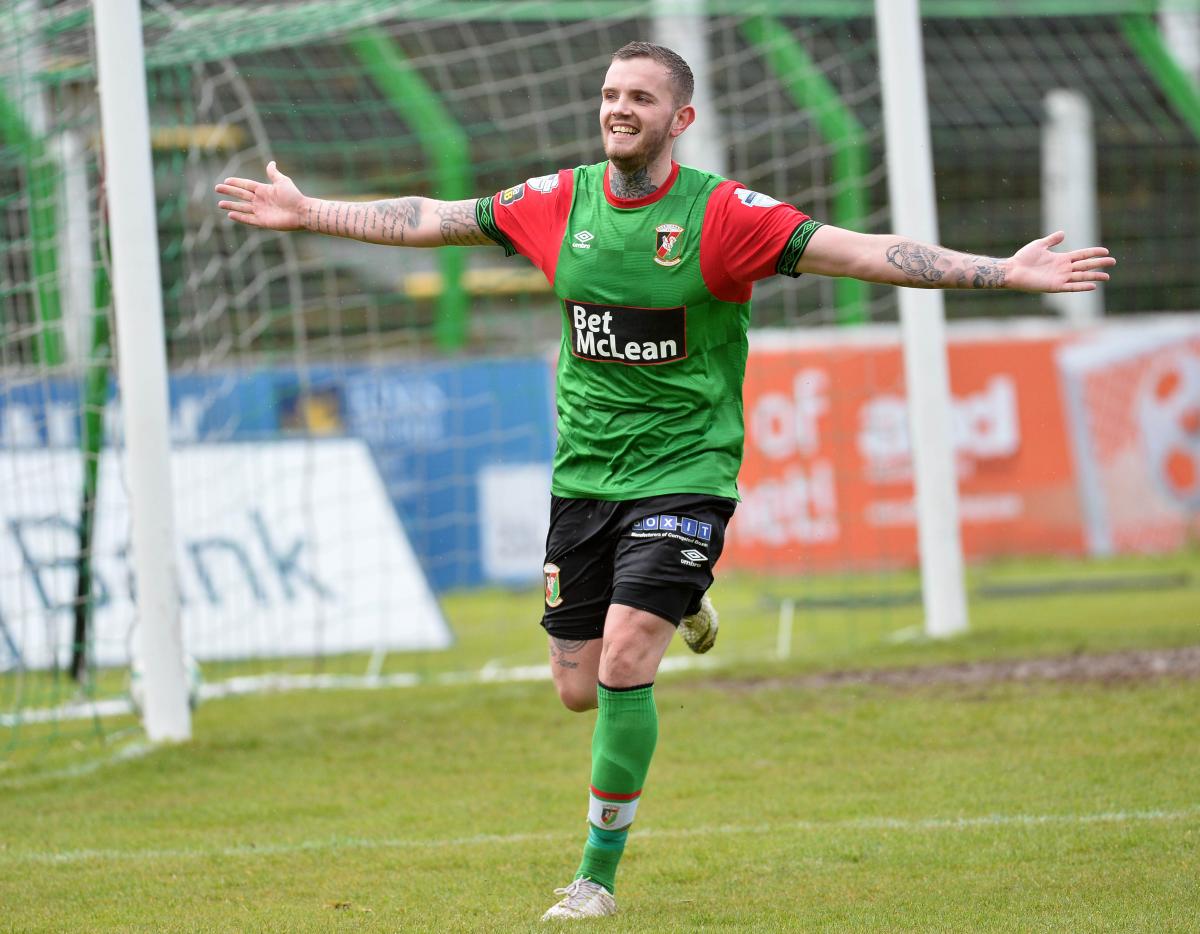 John Herron brought a fine stop out of Martin Gallagher with a low drive but then Institute had the opportunity to grab the lead against the run of play. Glentoran lost the ball in midfield and Stute broke away on the left. The young forward broke into the penalty area but Glentoran's centre back, Gavin Peers (who was superb once again) managed to get in the way of the shot, the ball looping towards goal and over McLaughlin. Had it dropped in it would probably have summed up our season perfectly but instead it landed on the roof of the net and we all breathed a hugh sigh of relief. 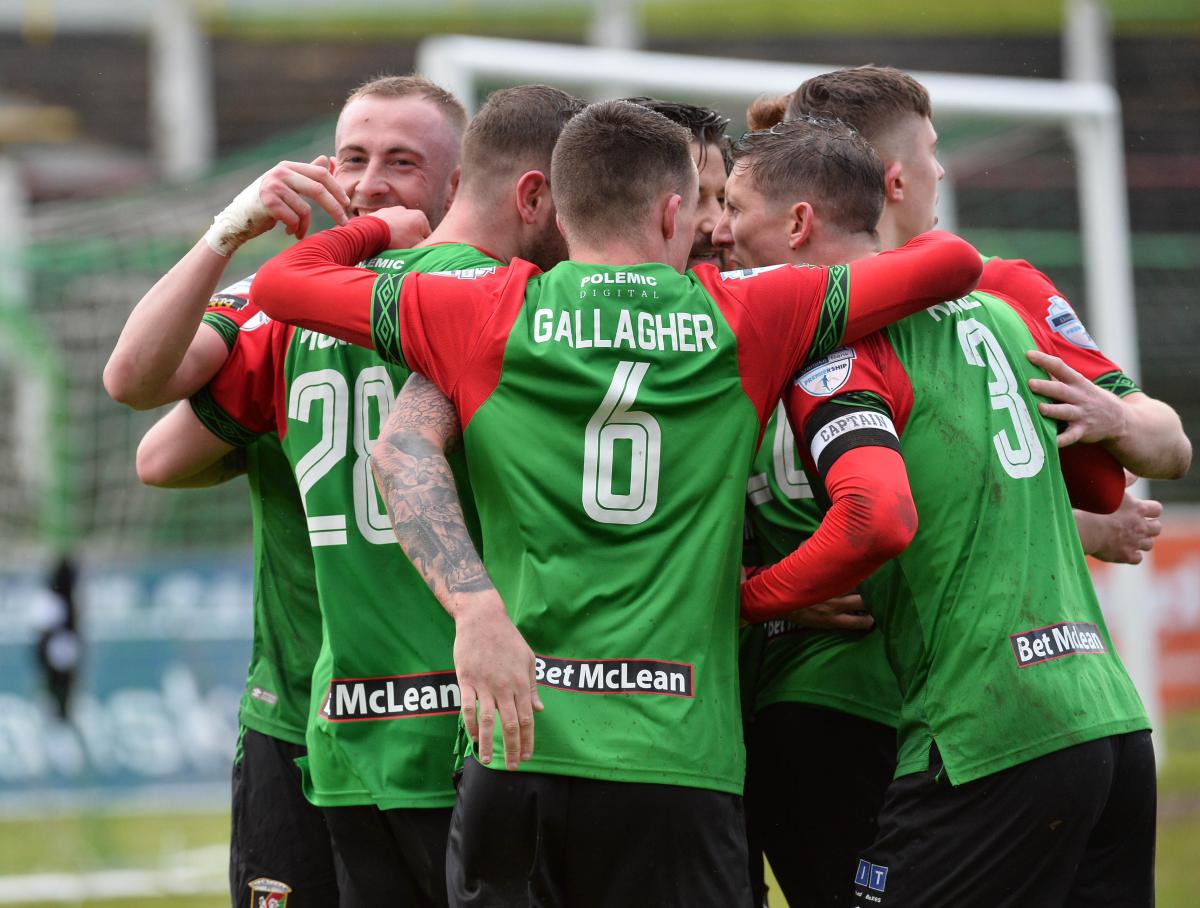 With just over 15 minutes remaining Glentoran edged in front. Curtis Allen's ball into the area was chested down by John Herron. Allen then tried to take control of the ball again but was knocked over in the area; the ball also appearing to strike the arm of an Institute defender. Either way, referee Jamie Robinson pointed to the spot. Penalty to Glentoran. Darren Murray stepped up to take it and found the bottom right hand corner of the net. 'Stute had the opportunity to equalise 5 minutes later but their free kick was fired well off target. 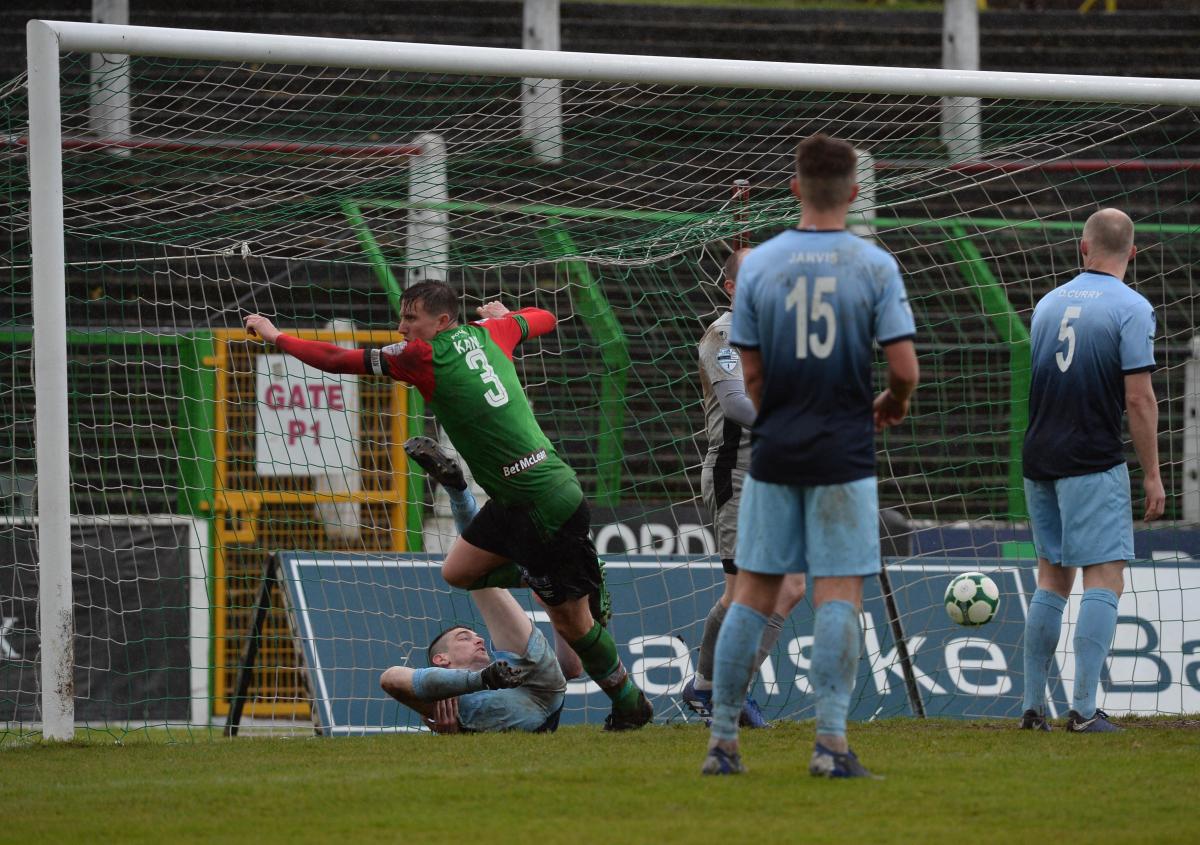 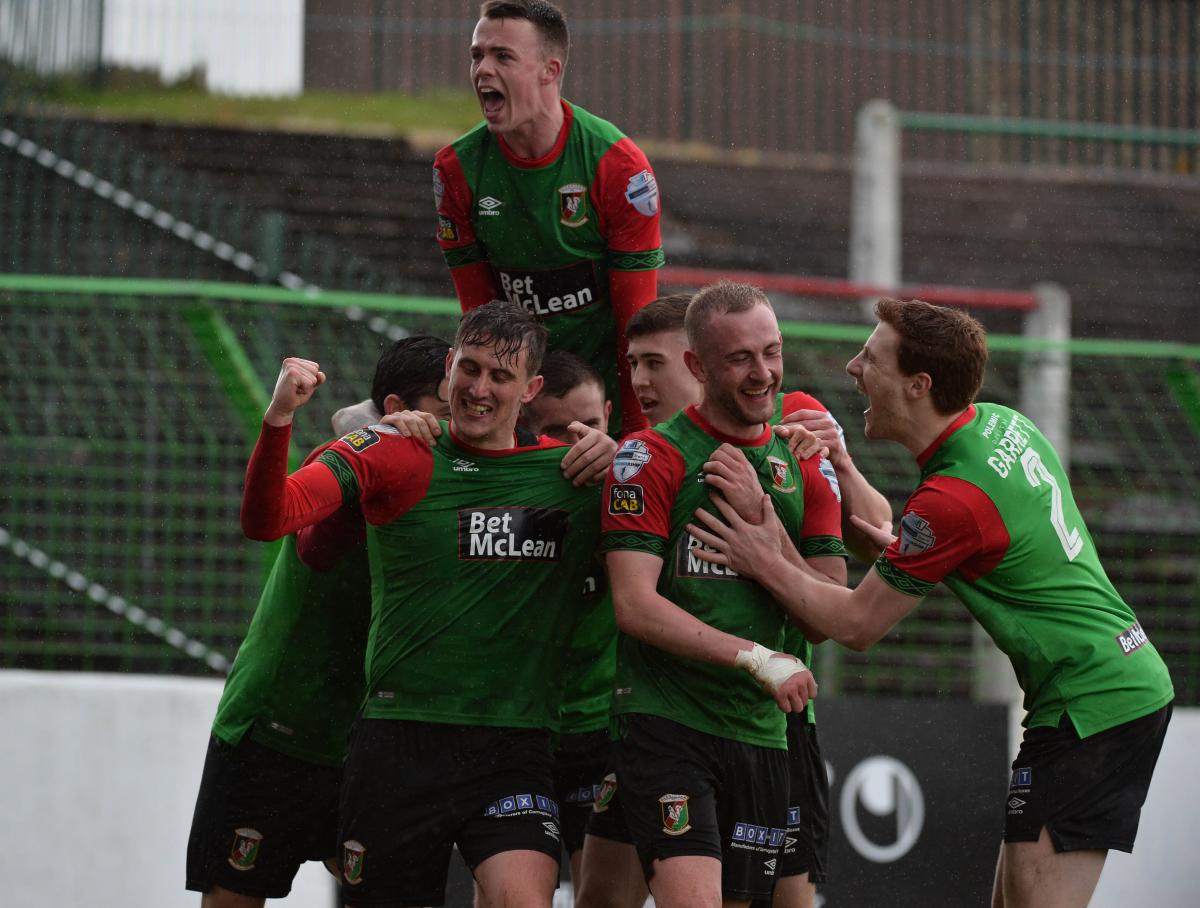 In stoppage time Glentoran made the game safe when Marcus Kane got on the end of Chris Gallagher's corner, heading the home side into an unassailable 2-nil lead. 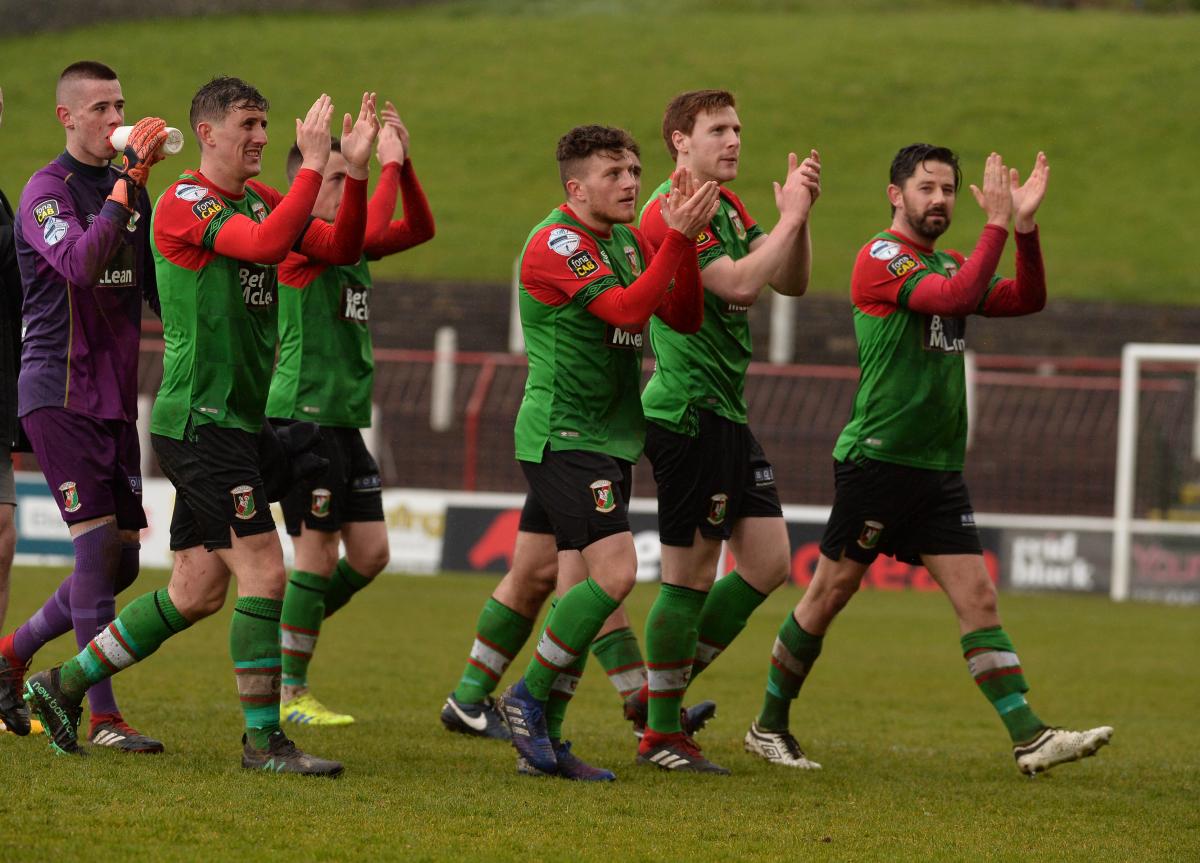