There was stalemate in this afternoon’s Irish Cup final dress rehearsal at the Oval.  Eddie Patterson made a number of changes to the line up that lost to Linfield in midweek, with Steven Gordon moving to right back, Jonny Addis taking up a midfield role just in front of the back four and Steven McCullough coming in at left back in place of the injured Marcus Kane.

There was little to inspire the fans in an insipid first half, the hard pitch and chilly breeze seeing passes going astray from both sides.  Portadown came closest to scoring after 10 minutes when a cross from the left was met at the far post by Jordan Lyttle, on for the injured Ken Oman, but his header was blocked by Elliott Morris and Gary Twigg poked the rebound wide.  On 28 minutes a long ball into the box was fumbled by Portadown ‘keeper Billy Brennan and Danny McKee seized on the loose ball but his shot on the turn was well blocked by a defender.  There was an even better chance for the visitors 8 minutes later when an excellent Peter McMahon cross found Twigg in space 8 yards out, but he took too long to get the ball under control and Morris was quickly out at his feet to make a crucial save. 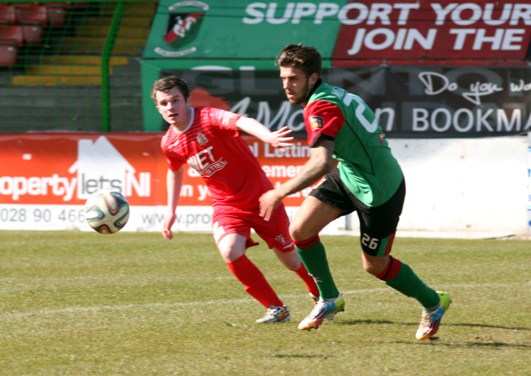 The second half began with the Glens taking advantage of the strong breeze at their backs and pushing forward at every opportunity.  Kym Nelson and Stephen McAlorum were dominating the midfield and Jordan Stewart was treating the fans to plenty from his box of tricks.  With 56 minutes on the clock the Glens came agonisingly close with McKee’s touch from a Nelson cross being brilliantly deflected onto the underside of the bar by Brennan and shortly afterwards the Portadown stopper came to his side’s rescue again, quickly closing down David Scullion after he was put through by Stewart.  The Glens continued to dominate with Nelson turning and firing a wicked shot just wide, McAlorum seeing shots clear the cross bar and McKee flicking a header just wide from a Stewart cross. 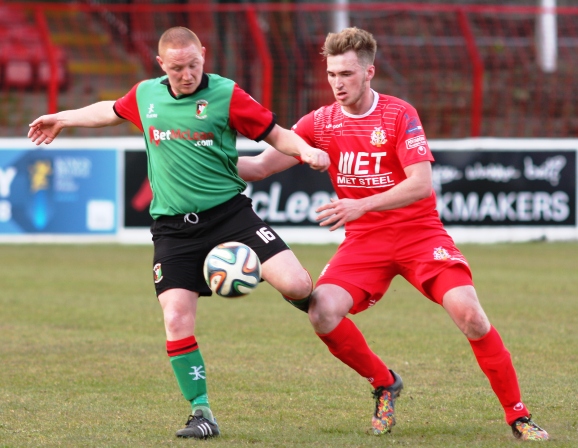 However despite all this pressure it should really have been Portadown taking the lead on 70 minutes.  A Chris Casement cross from the right eluded both home defence and goalkeeper, finding Gary Twigg unmarked at the back post.  The Portadown marksman looked certain to score but somehow contrived to put his close range shot against the bar.  This proved to be the visitors’ only real chance of the half and the Glens turned the screw once again.  However, a free kick whipped in by Willie Garrett which was fumbled by Brennan and a superbly struck corner from substitute Fra McCaffrey which was acrobatically cleared by Lyttle were the closest that we came to a goal. 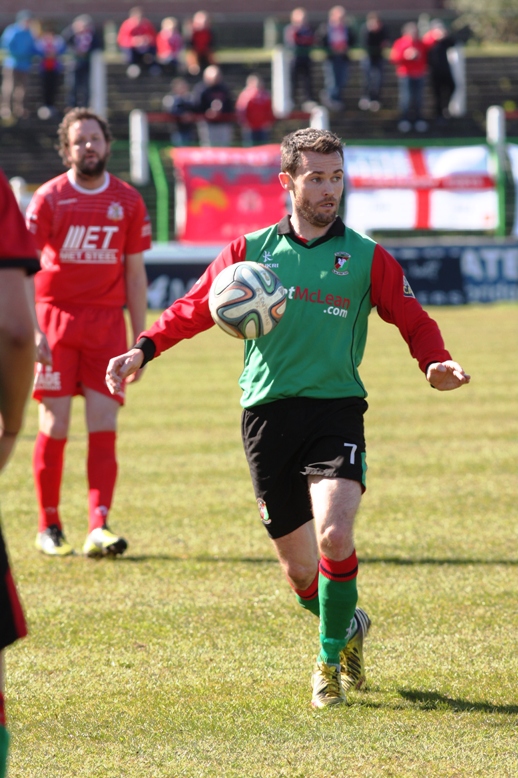 So a point apiece which didn’t really suit either side but there will be bigger fish to fry on 2nd May as the sides meet up once again for the Irish Cup decider.  Next up for the Glens a visit to Seaview to take on champions elect Crusaders.