Glentoran were disappointed not to take all 3 points in this game but also could have lost it right at the death. Elliott Morris was back in goal, making his 737th appearance for the Glens whilst at the other end of the pitch, recent signing Ruaidhri Donnelly was making his debut. 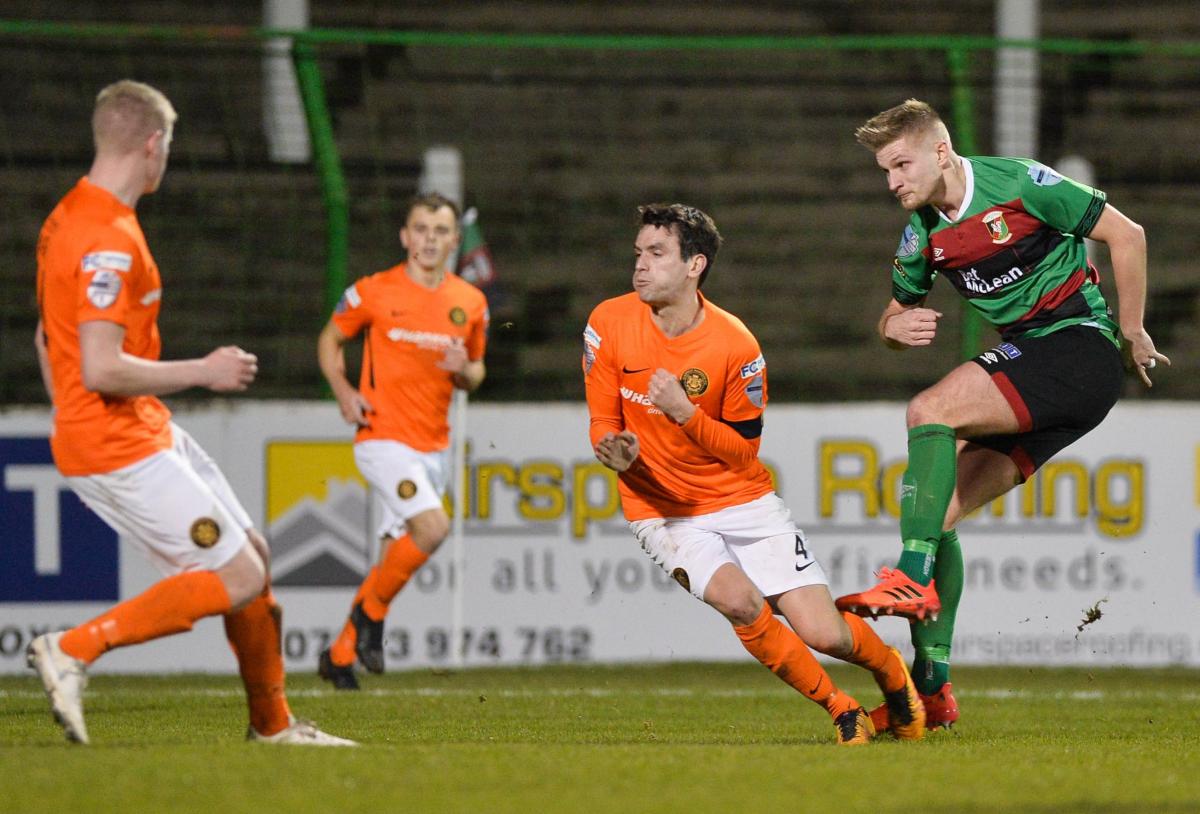 The home side started well and with just 9 minutes on the clock Navid Nasseri and Chris Gallagher linked well to create a chance for Andrew Mitchell but his effort was off target. A long ball forward from Caolan Marron then found Robbie McDaid. Glentoran's top scorer controlled the ball, swivelled and fired a stinging shot goalwards only to be denied by an excellent save by Harry Doherty in the visitors' goal. 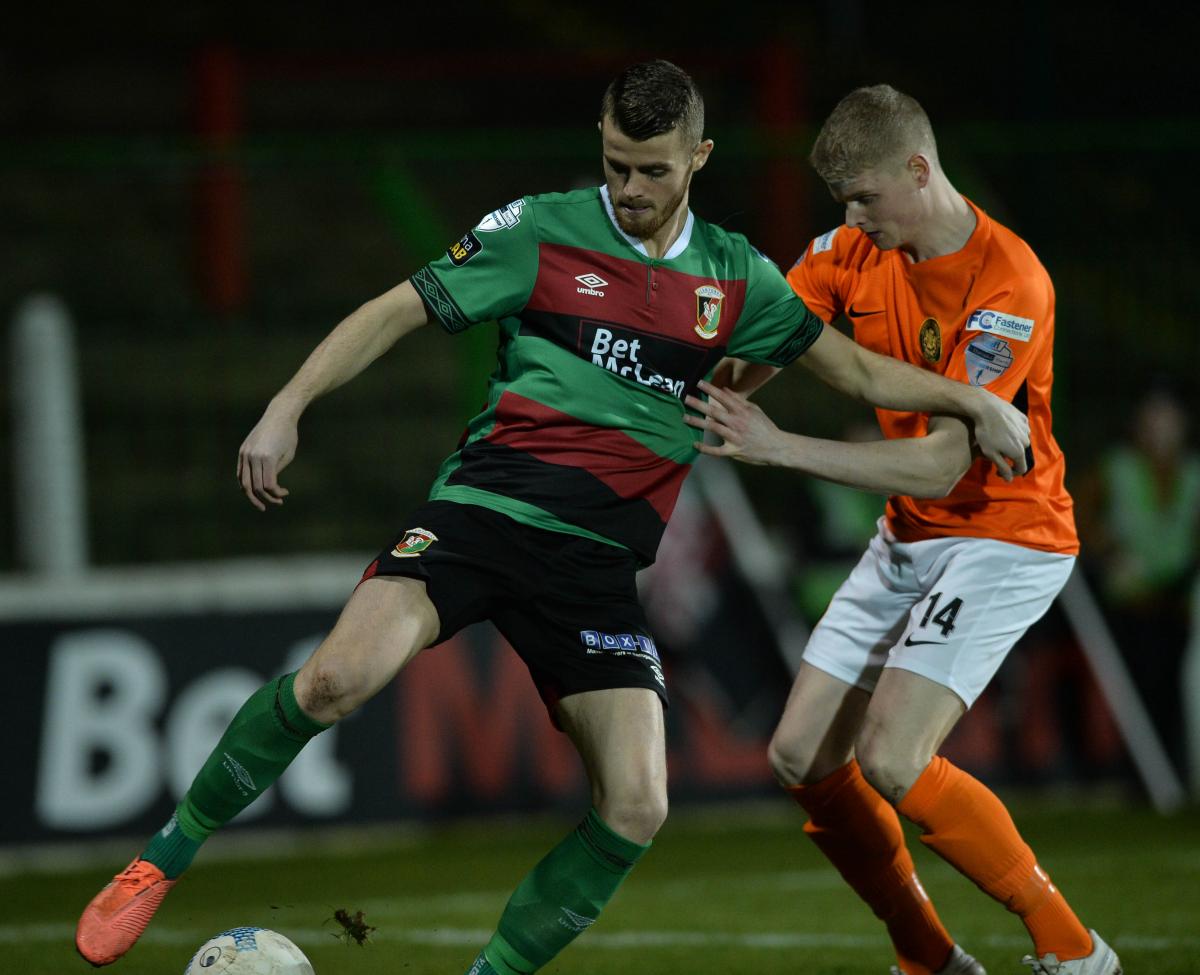 On the quarter hour a long ball forward gave McDaid another opportunity. McDaid got the better of the defender who then collapsed to the ground. Referee Kennedy, who well well behind the play, decided a foul had been committed much to the disgust of both McDaid and the majority inside the Oval. 3 minutes later Nasseri created another chance for McDaid but again he was denied by Doherty. Midway through the half the Glens were awarded a free kick around 25 yards out. It was real Hrvoije Plum territory but with the Croatian midfielder out with injury Donnelly played a short ball to McDaid but his drive was straight at the keeper. 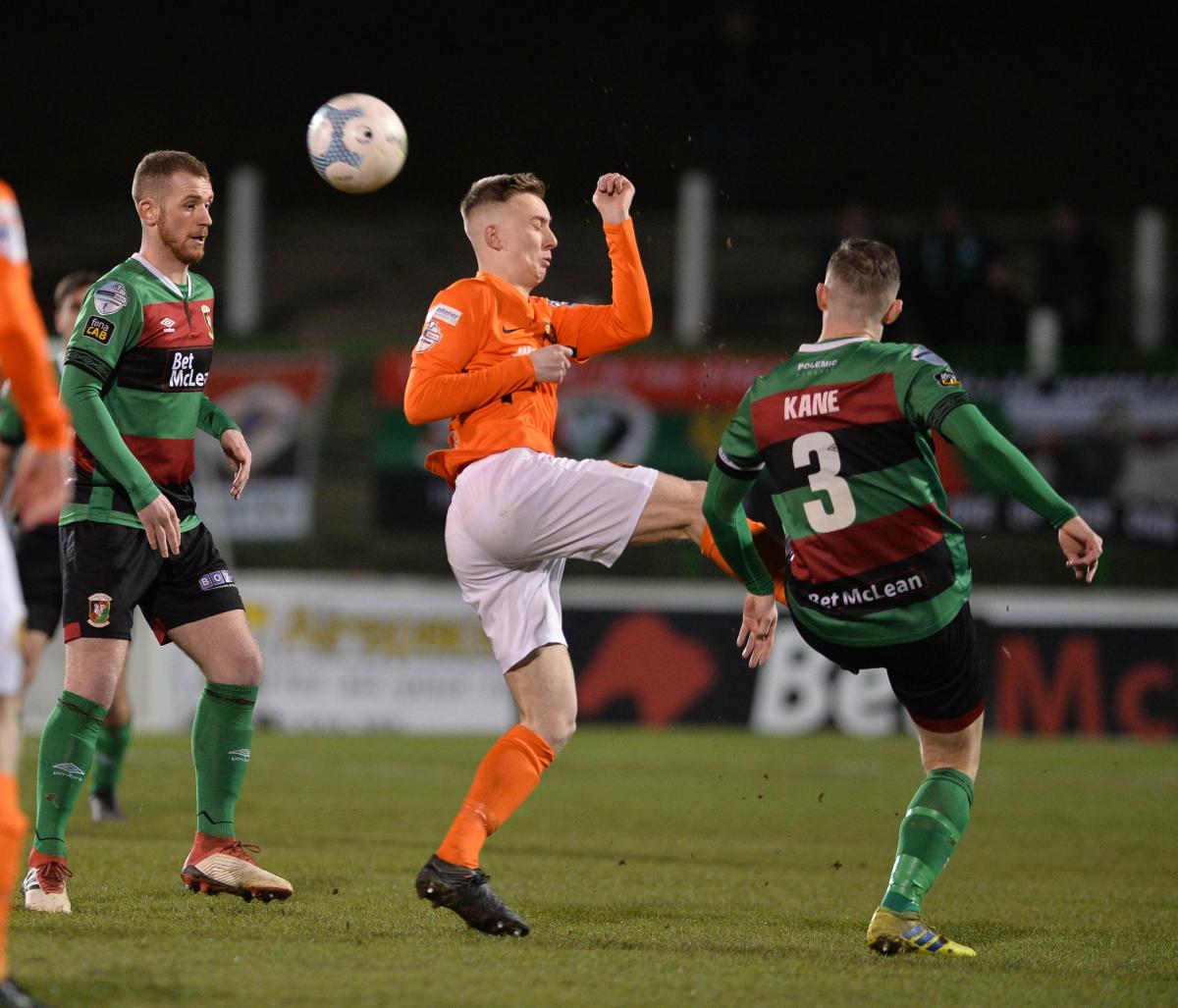 Donnelly created a chance for Mitchell (30) and then Mitchell himself set up firstly Nasseri and then Peers but on each occasion the Glens couldn't break the deadlock. As the interval approached a free kick was played forward. Marcus Kane met it at the back post and headed back across goal, creating a good opportunity for Ruaidhri Donnelly. Donnelly met it but his mistimed header didn't trouble Harry Doherty. On 45 minutes some superb play from the excellent Nasseri gave McDaid a great chance to add to his season's total but a late challenge was enough to see his effort deflected behind for a corner. 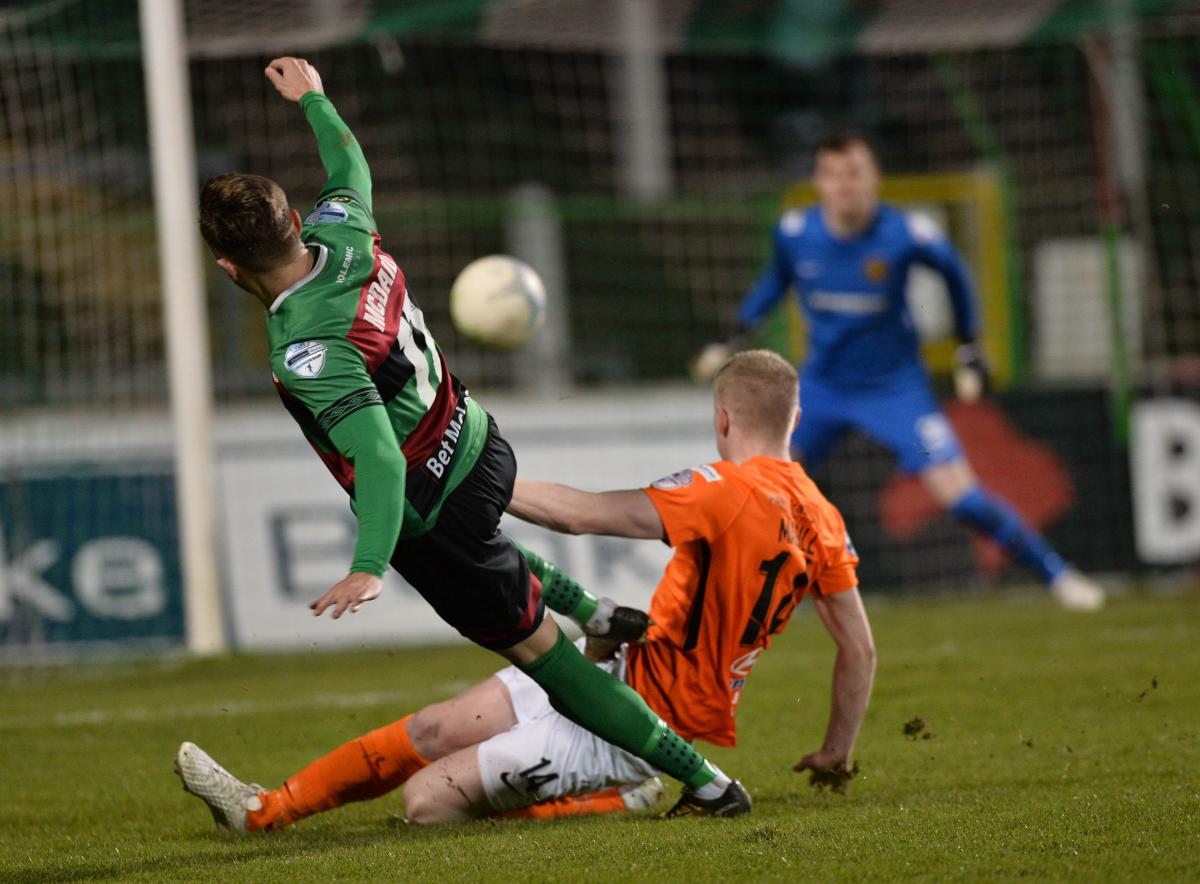 McDaid went on a fantastic run down the right in the 47th minute. He drilled a superb low cross right across the 6-yard line but there was no Glentoran player able to get on the end of it. In a rare attack, Carrick Rangers almost snatched the lead on 54 minutes with a long range effort from Reece Neale but Elliott Morris showed why he is still the best keeper in the league, tipping the ball over the bar.  Ruaidhri Donnelly almost opened his Glentoran account on 63 minutes when he got on the end of a Navid Nasseri corner but Doherty produced a save which was the equal of Elliott's minutes earlier. 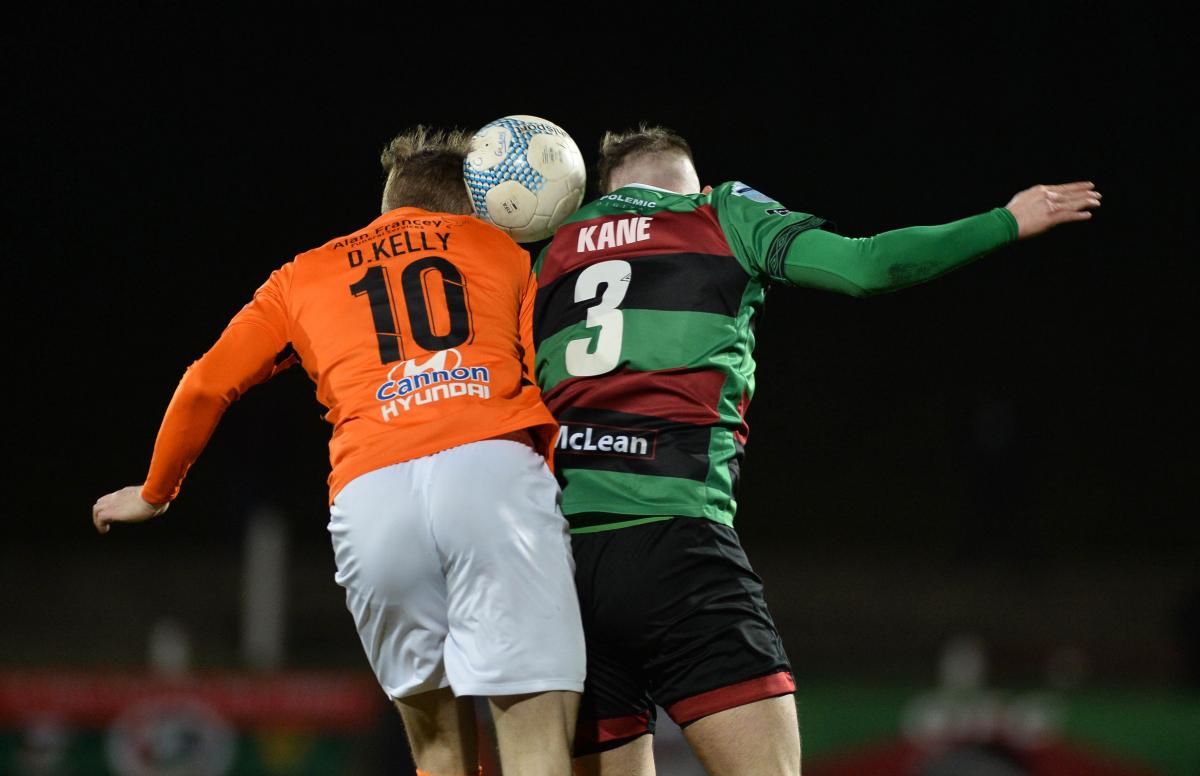 A shocking challenge by Caolan Loughran on substitute Elvio Van Overbeek should have seen the visitors reduced to 10 men however referee Kennedy thought a yellow was sufficient! Another Glentoran substitute, Deivydas  Matulevicius had a chance with 15 minutes remaining when he was set up by Joe Crowe. He tried to chip the goalkeeper but saw his effort drift wide of the post.Kane and Peers then had headers on target from corners but both were well handled by Doherty and with 2 minutes remaining Van Overbeek's shot was narrowly over the bar. Deep in stoppage time, with the Glens trying to force a winner, Carrick hit them on the break with substitute Daniel Reynolds hitting the outside of the post. 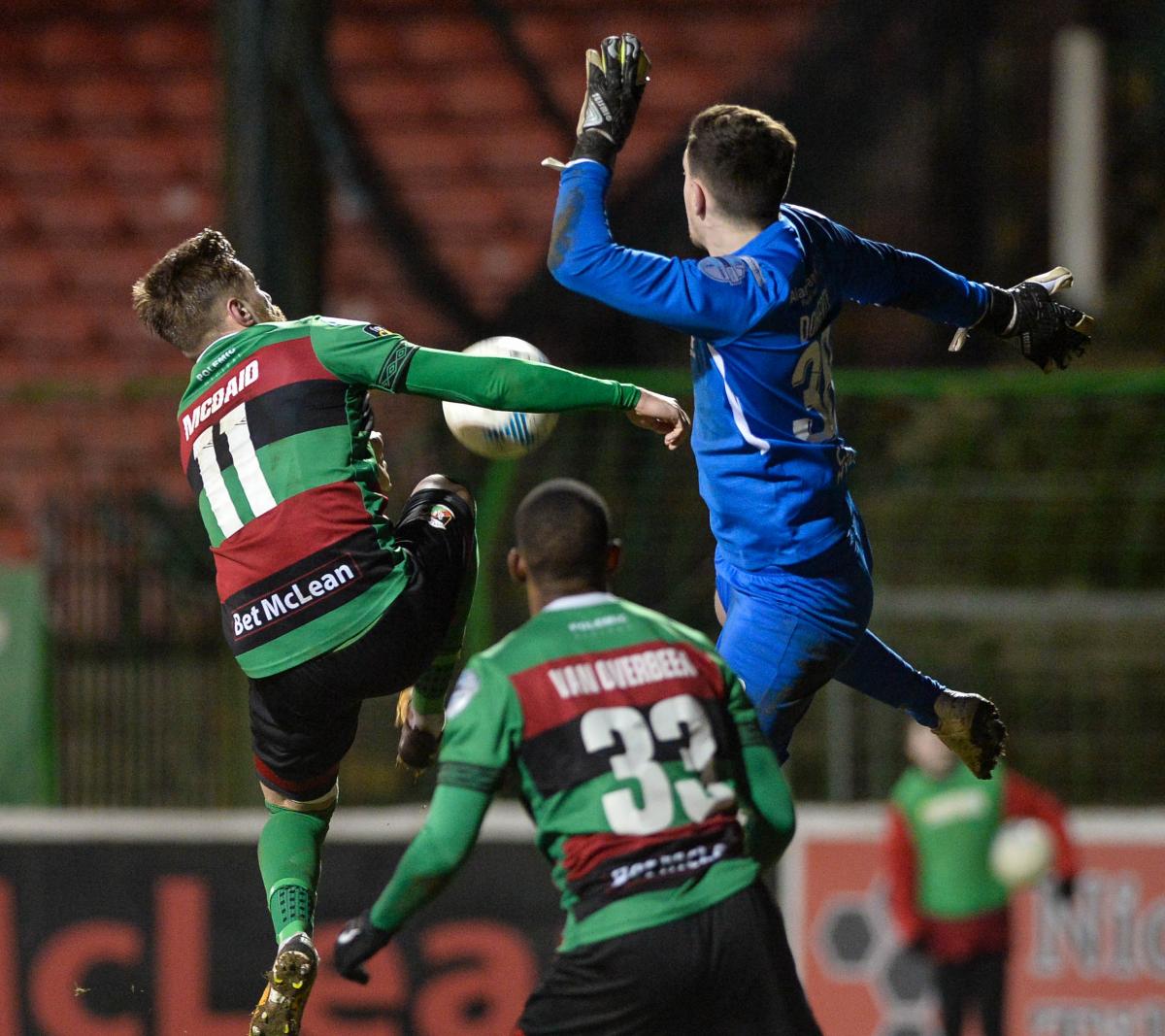 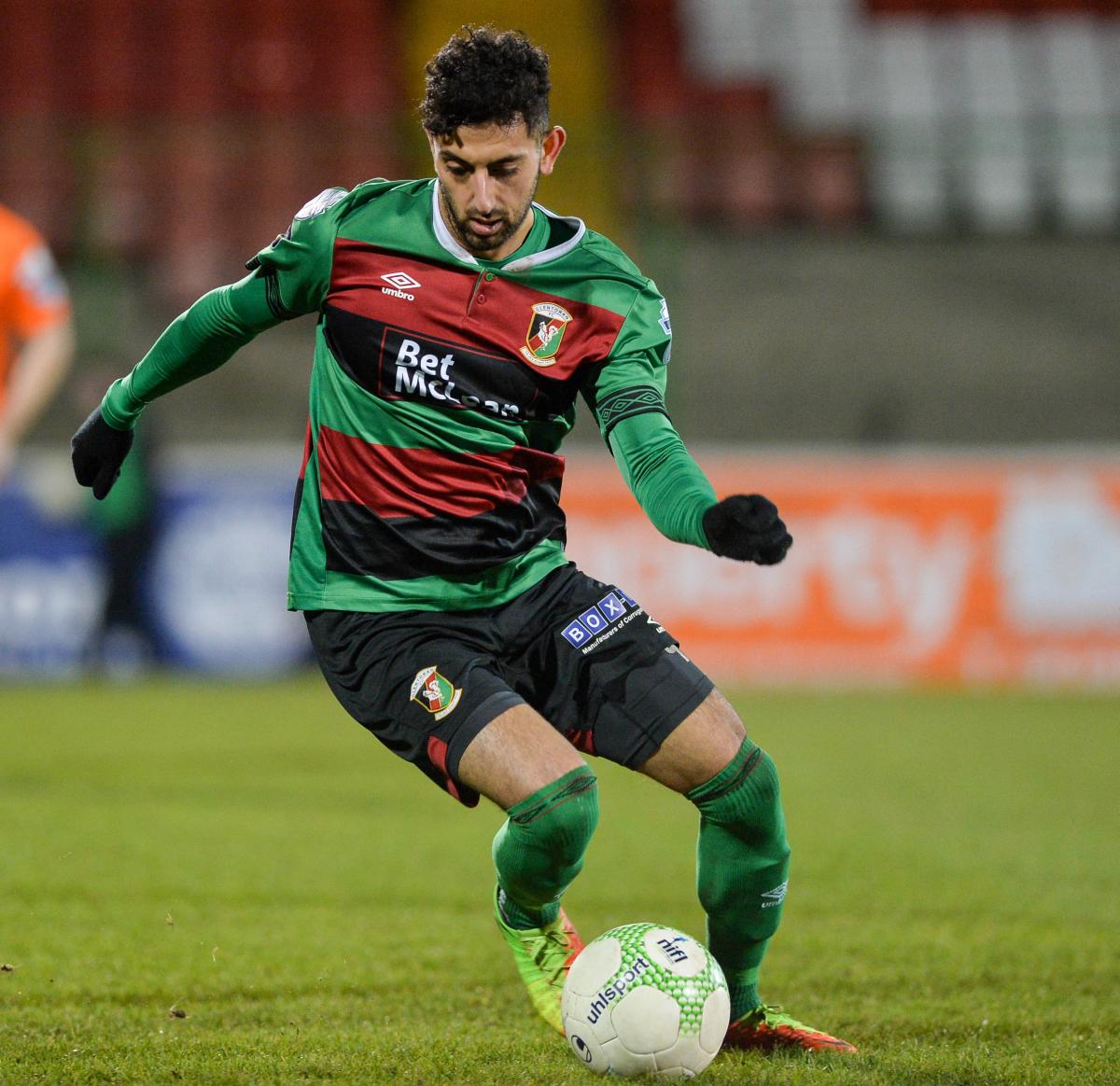