The game was only 90 seconds old when Rachel Rogan latched onto a pass and calmly placed a side footed shot past keeper Leigh Skelton from the left hand corner of the 18-yard box.

Comber had been caught cold and it took a lot of effort to try to work their way back into the game. Glentoran continually pushed with Skelton pulling off a number of saves to keep the scoreline to a single goal.

Much as Comber tried to compete it was always Glentoran who were first to the ball and, as the half progressed, it was becoming one way traffic.

It was no surprise, then, that the Glens eventually doubled their advantage on 40 minutes courtesy of Joely Andrews' clinical finish after controlling a bouncing ball 10 yards out.

Skelton was called into action again with a spectacular save diving across the goal to deny Glentoran a third just before the break, with the second half starting in similar fashion as she frustrated the cup holders time after time.

However, she was beaten again on 68 minutes through Jessica Davis' close range finish before Glens stalwart Kelly Bailie added a fourth five minutes after that with a calm side foot effort from inside the box after latching onto a waist high cross.

From the restart Skelton was again called into action, reacting to an indirect free-kick taken from inside the area, to palm the shot round the far post. It was the sort of save that made her the obvious candidate to be named Electric Ireland "Player of the Match".

Glentoran will meet Linfield Ladies in the the final on September 21st after they defeated Crusaders Strikers in the other Semi-Final. A repeat pf last season's final that we won 2-1 with two late goals from Makayla Mulholland. 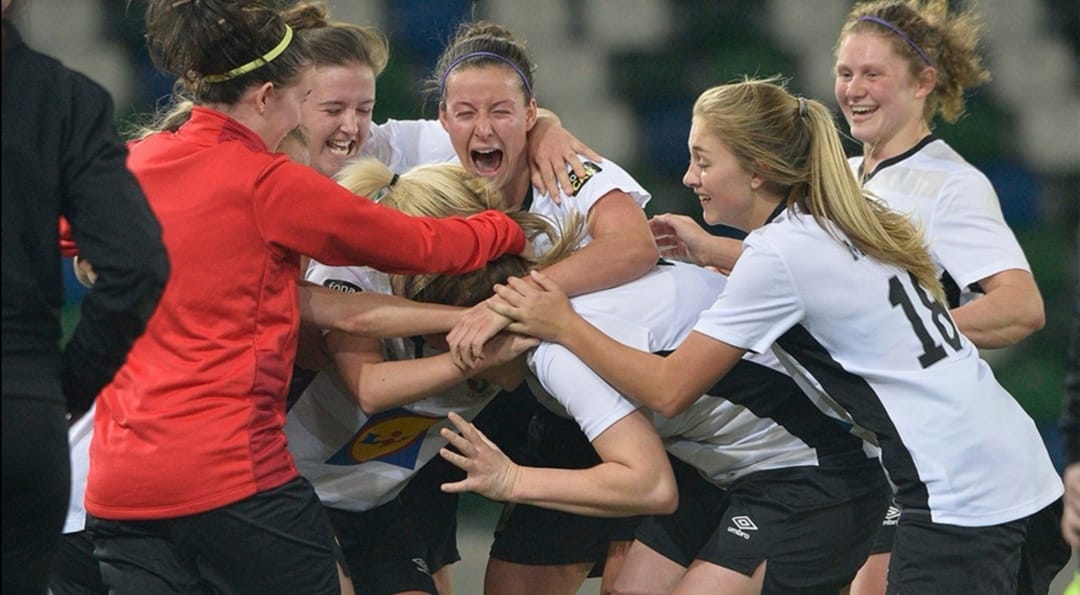