A great second half performance, including goals from Calum Birney, Jordan Stewart (2) and Jimmy Callacher, saw Glentoran run out 4-1 winners at Ferney Park this afternoon.

It took 32 minutes for lack lustre Glentoran to have a shot on goal at Ferney Park this afternoon. Jason Hill robbed Andy Crawford and found Jordan Stewart. Stewart in turn fed David Scullion and his blistering drive was tipped over the bar by Alvin Rouse. Up until that point the home side had dominated the game. A cross from Crawford in the opening minute came back off the crossbar and Crawford was in the thick of things again after 14 minutes finding David Kee in the area. Kee initially looked to have taken too long to get an effort on goal but he did eventually curl a shot just wide of the far post. Ryan Campbell almost opened the scoring on 20 minutes but his header from a corner was cleared off the line. After Scullion’s effort Ballinamallard’s Stuart Hutchinson had a chance to open the scoring but his tame shot was easily dealt with by Elliott Morris. The dangerous Crawford fashioned another scoring opportunity for the Mallards but Nathan Cashel could keep his header on target. As the interval approached Glentoran forced a couple of corners; Calum Birney going close from the second one. 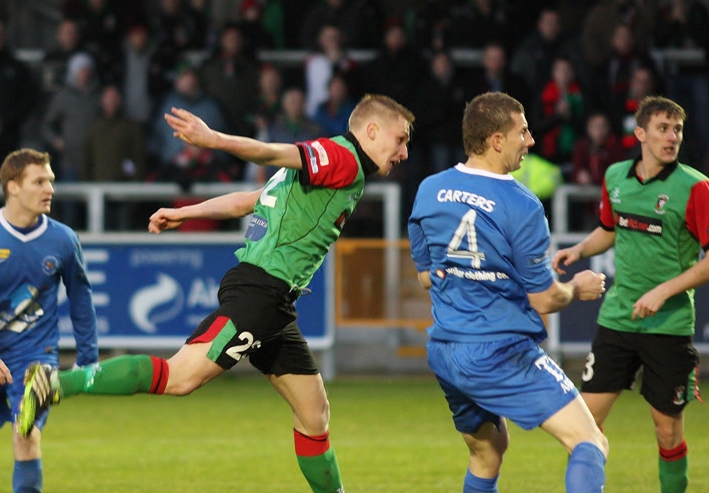 It was a much different Glentoran in the second period and 5 minutes after the restart they went in front. Jordan Stewart’s vicious 30 yard effort was too hot for Rouse and he scrambled the ball around the post for a corner. Stewart’s set piece was met by Birney and although his first effort was wide of the mark, when Stewart returned the ball back into the danger area Birney powered his header into the bottom corner. Five minutes later Birney did well to block a goal bound effort from Crawford but Ballinamallard United did equalise on 56 minutes. Cathal Beacom’s free kick from around 30 yards took a deflection off the Glentoran wall and Morris was unable to keep it out. Just after the hour substitute, Jimmy Callacher, was inches wide with a free kick but the Glentoran fans didn’t have to wait too long before they were celebrating another goal. And what a goal it was! Miskimmin created a chance for Scullion and he forced Rouse to concede yet another corner. The ball eventually broke to Jordan Stewart and his 30 yard exocet flew into the top left hand corner of the net. Goal of the Season? It’ll take something special to beat it! 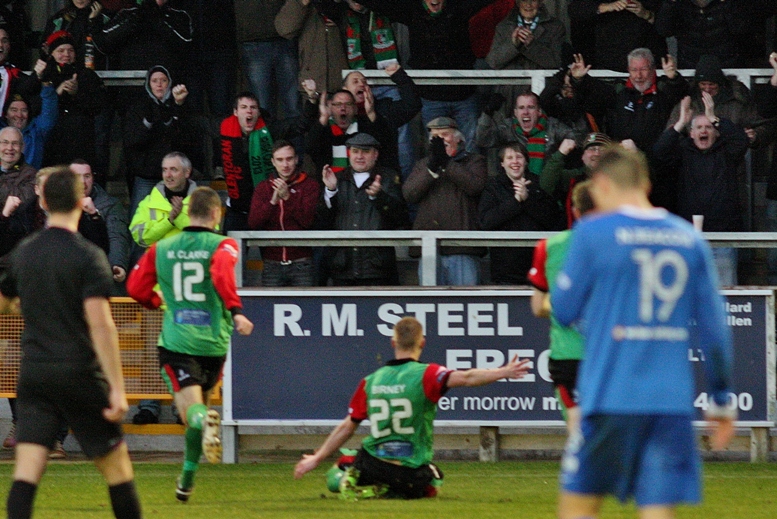 On 72 minutes Glentoran got a third. Miskimmin forced a corner from which Scullion found the head of Callacher and Jimmy, making his 150th appearance for Glentoran, made no mistake from close range. Birney and Kane both went close to extending Glentoran’s lead late on whilst at the other end Richard Leckey’s effort was easily gathered by Morris. 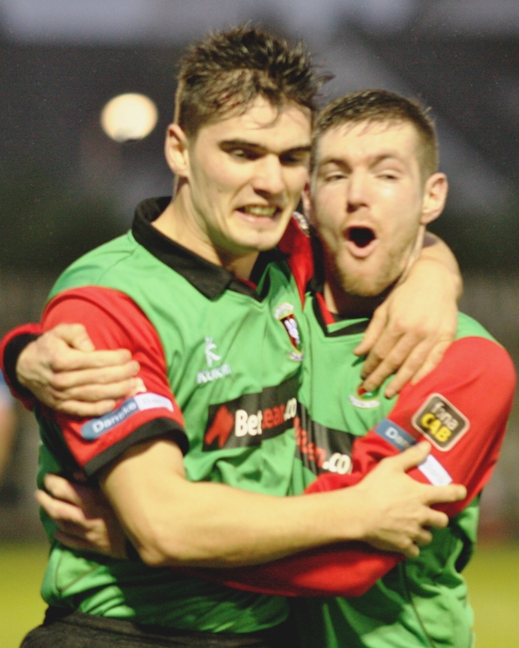 With just a couple of minutes remaining a drive from Campbell was blocked by Birney. Scullion then conceded a corner from which Elliott Morris was forced into a superb save with the Mallards hitting the crossbar in the follow up. 3 minutes into added time a shot from Henderson was spilled by Rouse and Stewart was on hand to knock in his second to complete the 4-1 victory. 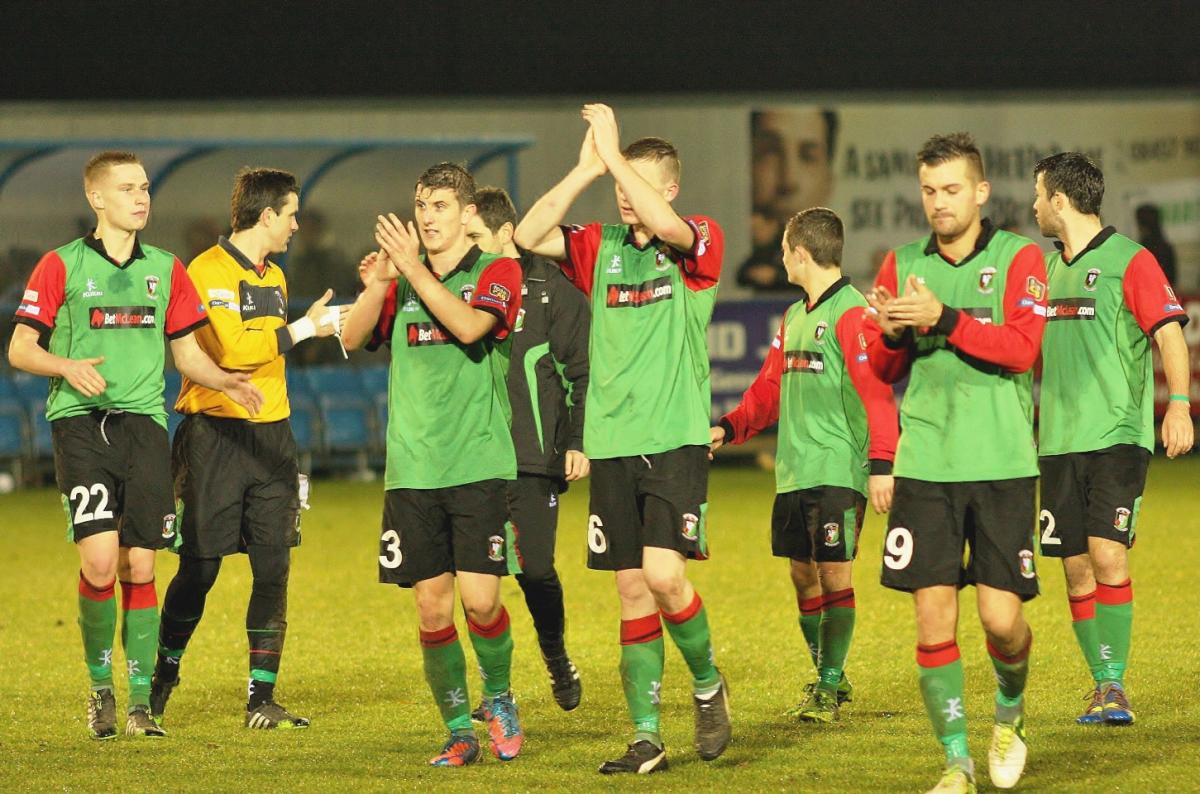