Glens edged out by Killie 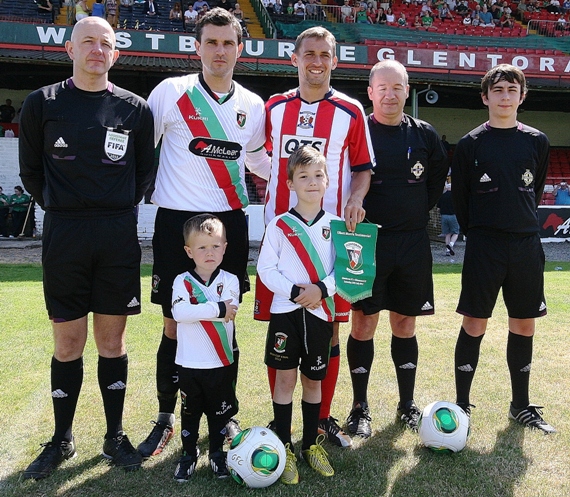 Glentoran's Elliott Morris literally had his day in the sun for his testimonial this afternoon against Kilmarnock. As the temperatures soared, a good crowd turned out to cheer on Elliott on his big day. Kilmarnock brought over 50 fans across the Irish Sea too and were in full voice throughout.

Glentoran trialist Andy Smith had the first chance of the game early on getting through on goal only for his effort to be stopped by Killie keeper Craig Samson. It was obvious in the first period that the game was a pre-season friendly with both sides focusing on possession and football style rather than winning the game. Both sides showed reasonable play, for the Glens debutant Niall Henderson was making an impression in the middle alongside two regulars in Richard Clarke and Stephen McAlorum.

Andy Smith and Jim O'Hanlon linked up for a fantastic counter attack breakaway on 18th minute, breaching the Kilmarnock defence only for O'Hanlon's cut back to be cleared before Richard Clarke could pounce on the loose ball. After The Glens enjoyed a steady stream of early possession Kilmarnock grew in the game. Kyle Jacobs went close on 21st minute with Elliott Morris pulling off an excellent save from the curling shot. Killie trialist William Gros was making a good impression supplying a pinpoint cross for Paul Heffernan who really should have hit the target.

Glentoran weren't sitting back though, David Scullion couldn't control his volley after a perfect cross by young full back Steven McCullough but Kilmarnock started to take control. Gros again was the threat supplying a perfect ball across the net only for Jonny Addis to clear it to safety off the line. But the breakthrough came swifly after on 37th minute when referee Paul Munn deemed Jim O'Hanlon's block to come off his hand and awarded the penalty. The ball did strike O'Hanlon but he did seem a bit close to be able to get out of the way of it. Paul Heffernan dispatched the penalty low into the bottom corner.

Kilmarnock picked up were they left off at the start of the second period too with Chris Johnston in particular impressing for the Scottish side. He came close on two occasions, forcing a good save from Morris then curling narrowly wide of the post on 60th minute.

Elliott Morris was substituted and replaced by Aaron Hogg, receiving a well earned standing ovasion from both sets of supporters for his service to the club. This was followed by a surreal moment where the years seemed to roll back as Andy Smith was substituted to be replaced by Tim McCann!

Glentoran again fought back in the game, Willie Garrett headed narrowly over whilst David Scullion's near post header caught the side netting. Scullion again had Glentoran's best chance of the match on 72mins when he broke clear of the Kilmarnock defence one-on-one with Samson. Admittedly Samson made a great save although Scullion may feel he should have scored.

With a number of substitutions for both sides the game naturally lost its flow and the last 15 minutes didn't seem to offer much. That was until young Jordan Stewart nearly had a moment of genius on 87th minute, rounding the Kilmarnock defender with a skilful turn before cracking his shot from 25 yards into the crossbar.

Heffernan had the last laugh for Kilmarnock in stoppage time adding gloss to the scoreline with an excellent finish from the edge of the area high into the roof of the net.

Overall it was a good work out for The Glens ahead of the game against a Liverpool XI on Wednesday.

Glentoran Football Club would like to thank Kilmarnock for attending today's game despite their change of manager since the agreement was reached. Also to the travelling Killie fans, we hope you enjoyed the game and we wish you all the best for the upcoming season. 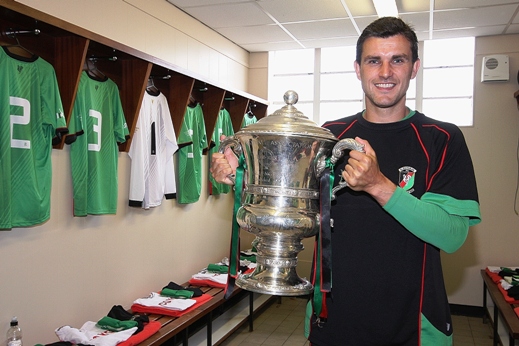