Coleraine cruised to a comfortable 4-1 victory on Friday night at the Coleraine Showgrounds overcoming a lacklustre Glentoran display.

On a sunny evening the home side started much the brighter and had an early shout for a penalty waved away after Addis challenged Ian Parkhill. Curtis Allen then flashed a volley over from a Nacho Novo knock down. However the home side were soon in front as Mr Smyth pointed to the spot at the second time of asking. Neil McCafferty slid the ball in behind the Glens defence for James McLaughlin who was challenged by Glens keeper Morris. It appeared that Morris got the ball but the referee disagreed and McCafferty calmly slid the resulting penalty into the bottom corner. A period of Coleraine dominance followed as the home side camped in the Glentoran half forcing a series of corners. However their only real attempt on goal was dealt with by a combination of Gordon and Morris. For a while it looked like the second goal was inevitable, McLaughlin headed wide from a McAuley cross and Ogilvy had a free kick well held by Morris as the hosts pressed on. 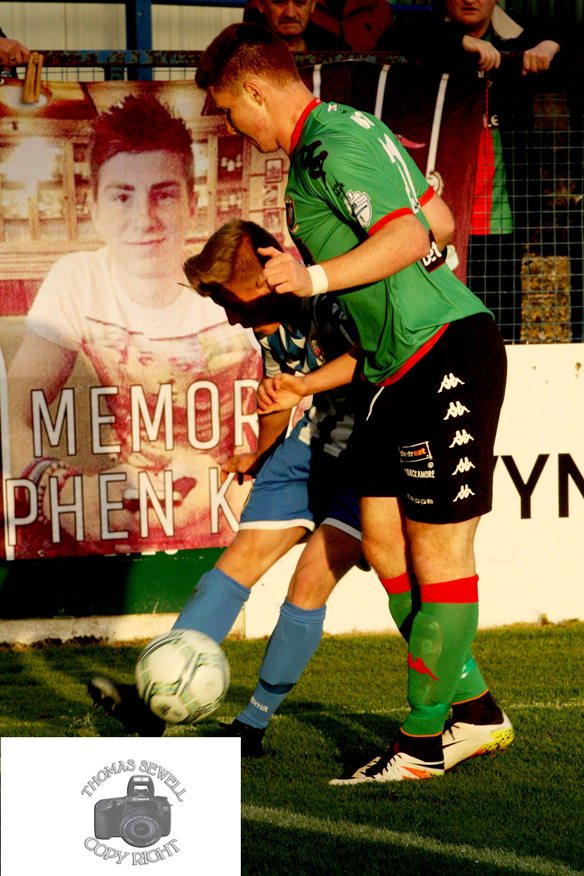 At the other end the Glens could have levelled before halftime as Addis’ long throw caused problems in the home defence, the ball broke to Novo who snatched at the chance. A Glentoran equaliser would have been harsh on Coleraine. 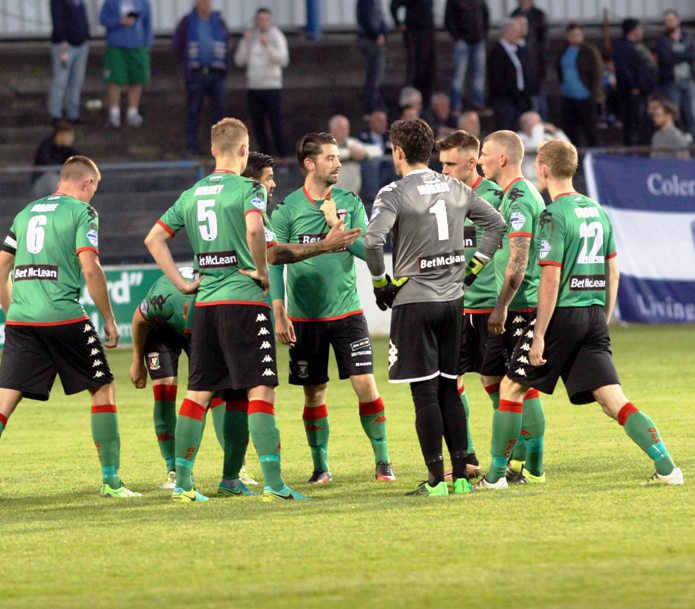 Glentoran opened the second half in a similar fashion as they almost levelled; Novo was played in but scuffed his shot under good defensive pressure. This however signalled a Glentoran collapse. On 53 minutes Coleraine doubled their lead. Brown fed Darren McAuley who easily glided by two Glentoran defenders and shot low across Morris into the net. Three minutes later the Bannsiders added a third, a Glentoran corner saw Lyons and McLaughlin break against Harmon and Foley, Lyons sprinted into the penalty area, calmly pulled the ball pack and McLaughlin made no mistake. Amazingly it quickly went from bad to worse when Darren McAuley’s cross evaded all Glentoran defenders who watched as McLaughlin ran in and helped himself to a double, neatly finishing again.

From then on the game petered out as the home side were content to run time down. Glentoran did manage to pull one back late on as Novo did well to play in substitute Jonny Smith, he passed the ball beyond the onrushing Johns into the bottom corner.  As the game drew to an end Johnny Addis almost served up something memorable on a forgettable night when he almost caught Johns napping, nearly lobbing him from 60 yards. 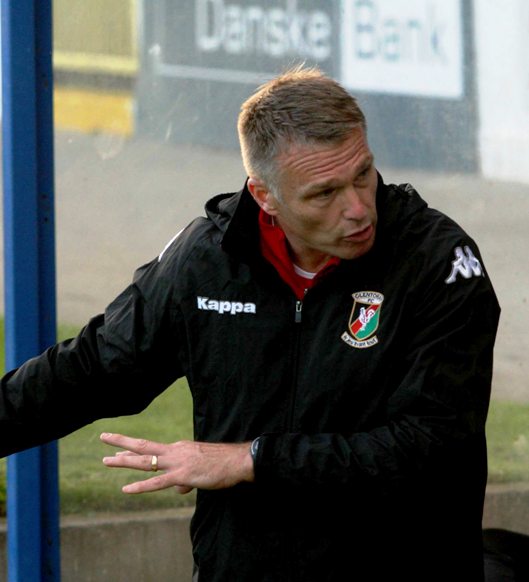 The Glens will be desperate to put tonight behind them. The chance comes quickly as we travel to Portadown to face Annagh United in the League Cup on Tuesday evening.