A late strike from Joe Gormley gave Cliftonville a 3-2 win over Glentoran in today’s Europa League playoff final at Solitude. Goals from Robbie McDaid and Curtis Allen saw the Glens fight back from 2- 0 down but Gormley’s late winner denied them a place in next season’s Europa League. 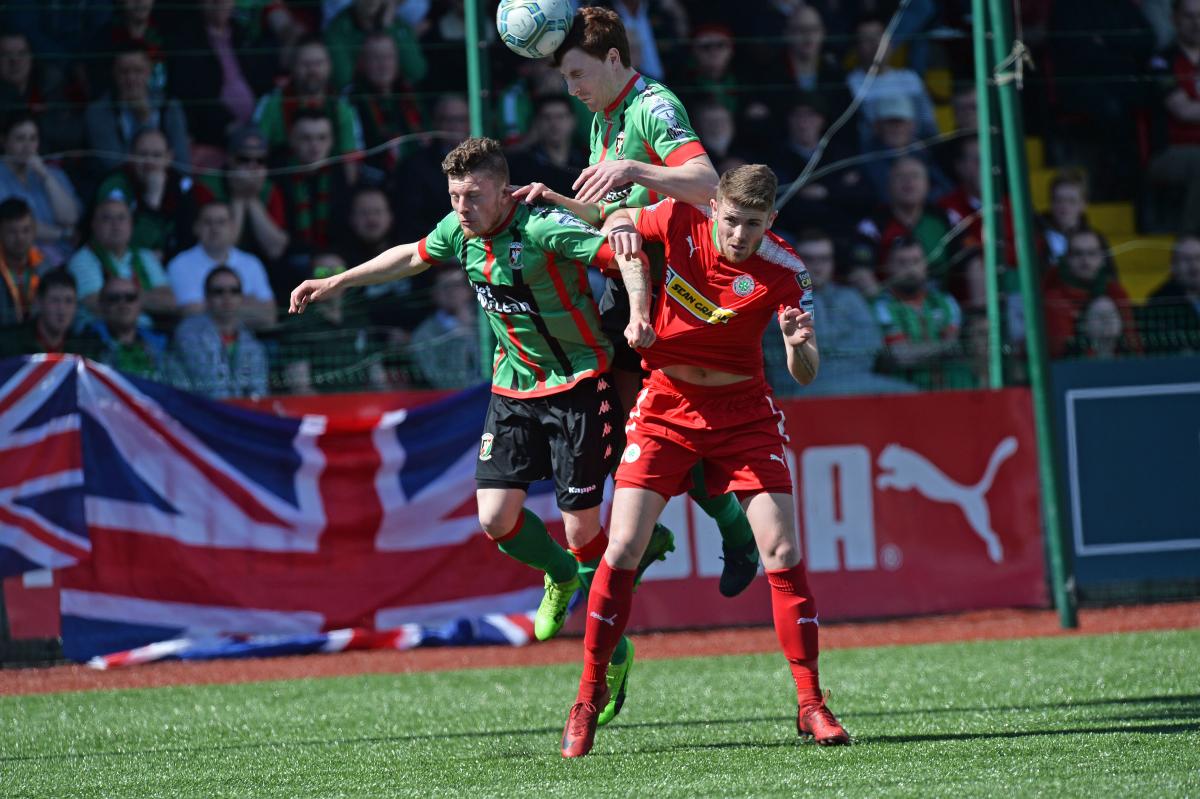 In what could be his final game in charge, Ronnie McFall made two changes from the team that started Wednesday’s semi-final win over Linfield with Dylan Davidson and Nathan Kerr replacing Peter McMahon and the injured Calum Birney.
On a warm day in North Belfast the game got off to a slow start, both teams clearly nervous with such a prize on the line. The only two chances of the opening quarter hour fell to the leading scorers, Joe Gormley volleyed over from a tight angle and Curtis Allen miskicked a lob following a bad defensive error. Following Allen’s chance the home side seemed to settle, maintaining possession and winning a number of corners but they didn’t really trouble Morris. On 25 mins however the opening goal arrived in controversial fashion. A Cliftonville corner was not properly cleared and it ran to Rory Donnelly who miscontrolled the ball onto his hand and then fired low into the net as the entire Glentoran team and support looked for a whistle that never came from referee Keith Kennedy. 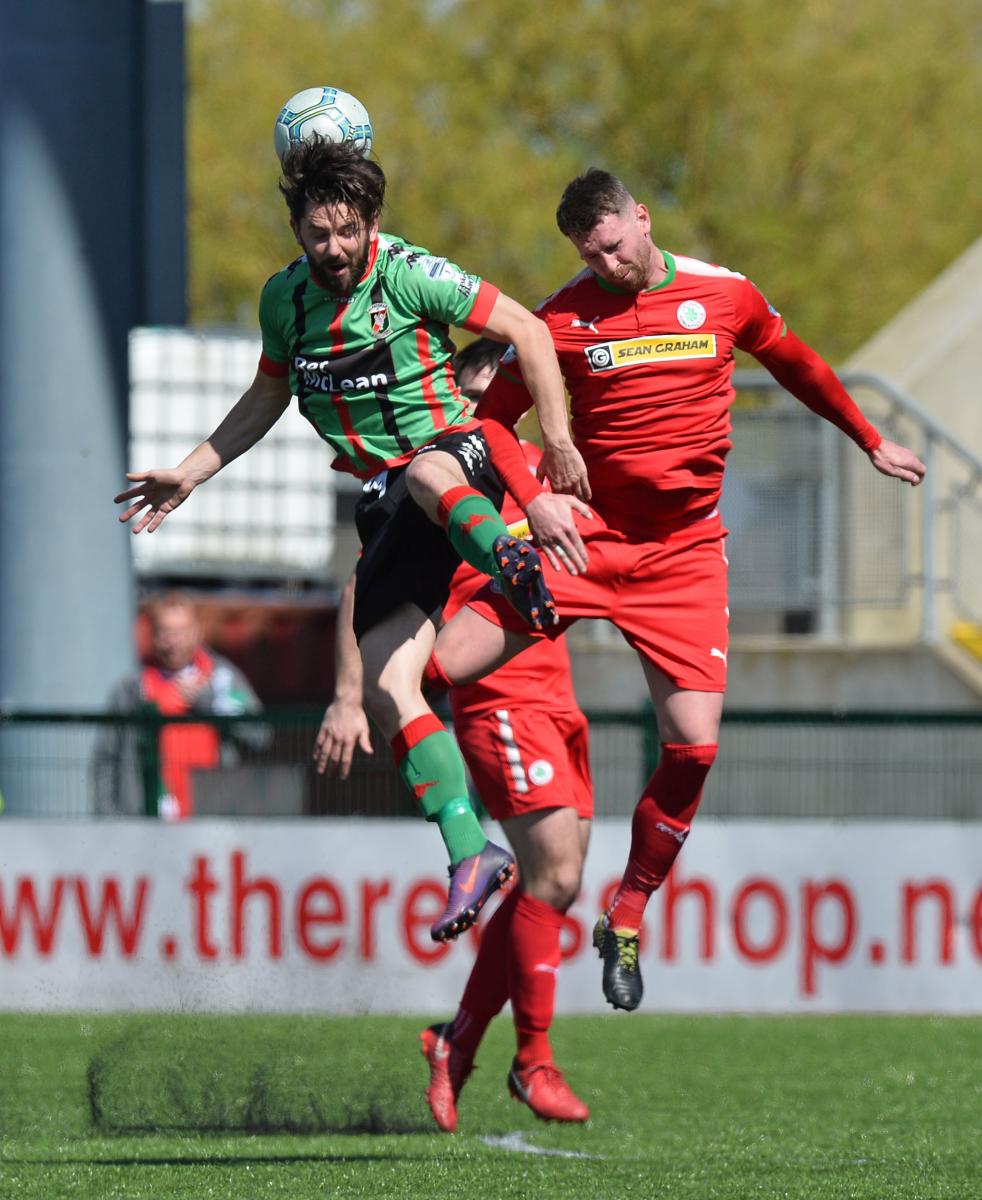 If it was hoped this might inspire a Glentoran fightback the early signs weren’t good, Cliftonville went close with a number of well positioned free kicks whilst Glentoran didn’t test Neeson in the home goal. Just before half time Cliftonville had the ball in the net for a second time, Gormley slotting home when well beyond the Glentoran defence. A period of confusion reigned until eventually the goal was ruled out for offside as referee Kennedy blew for offside and his linesman finally followed by raising his flag. 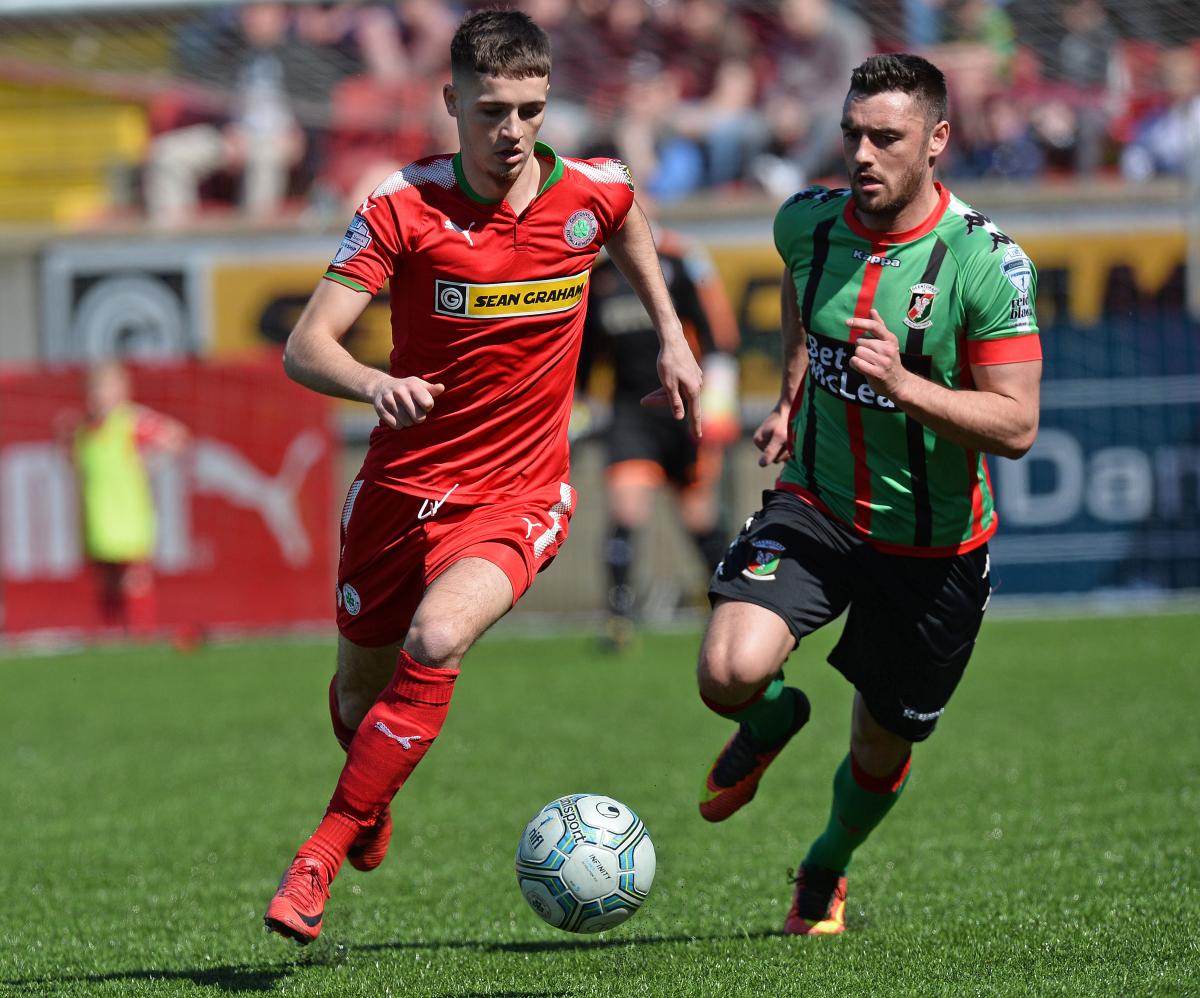 Glentoran started the second half slightly brighter but again struggled to create chances, Curtis Allen lashed a free kick over early on but the home side continued to look comfortable. Then came what appeared to be the killer blow and it came from a Glentoran attack. Curtis Allen latched onto a long ball and crossed just beyond Robbie McDaid, the ball broke to Dylan Davidson and both he and Peter McMahon had attempts in a scramble but Cliftonville survived, cleared the ball and scored on the counter, Rory Donnelly arriving at the back post to tap in his second. Four minutes later Elliot Morris produced a superb double save from Donnelly and a point blank Gormley follow up, keeping Glentoran in the game. Glentoran then brought on Dan Kelly and Alex O’Hanlon as they threw caution to the wind. Peter McMahon went close with a volley shortly following an Addis long throw but it looked like the goal was never coming, until 10 minutes from time as great work from Dan Kelly picked out the unmarked Robbie McDaid to slot home past Neeson and give the Glens hope. 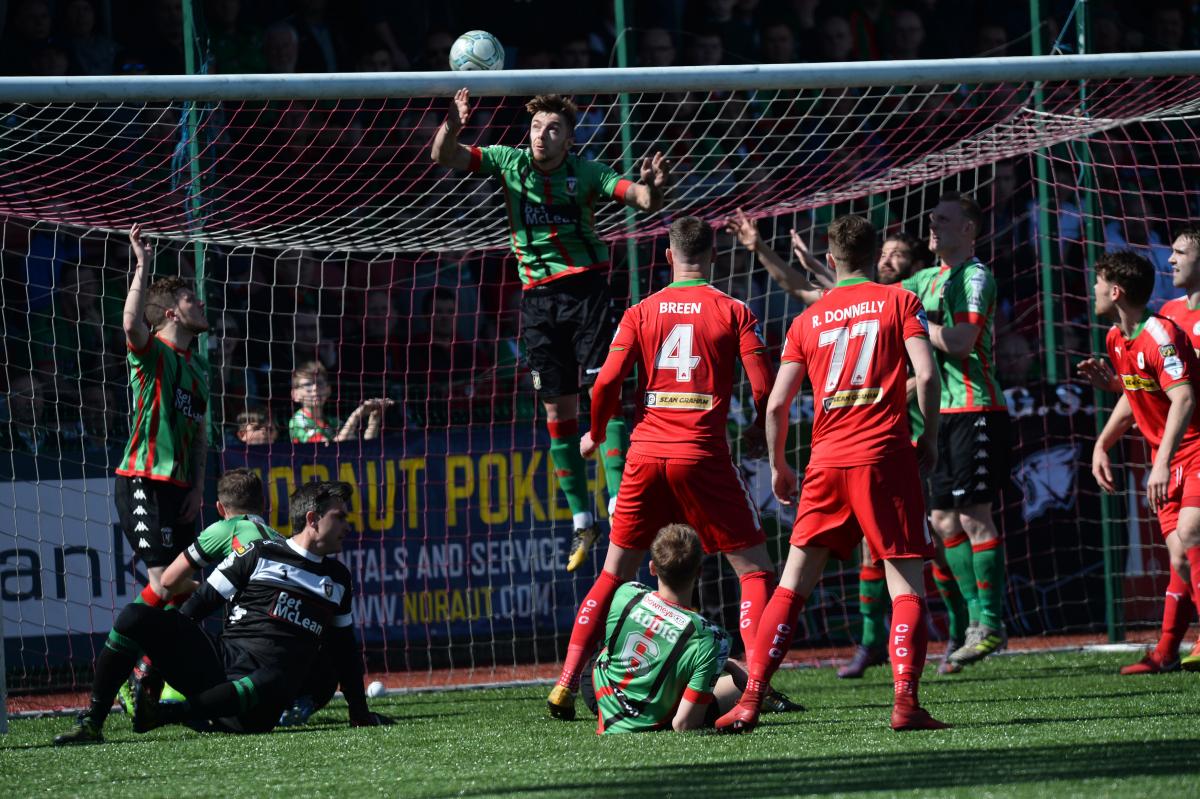 2 minutes later Glentoran were level when Breen clearly barged over McDaid who was beating him to a long clearance - a penalty and perhaps fortunately for Breen, only a yellow card from the erratic Kennedy. Curtis Allen stepped up to calmly send Neeson the wrong way for the equaliser. However 90 seconds later the European hopes were ended when Gormley lashed home a cross that was never properly cleared. Heartbreak for Glentoran as Cliftonville saw out the remaining minutes to take the Europa League spot. 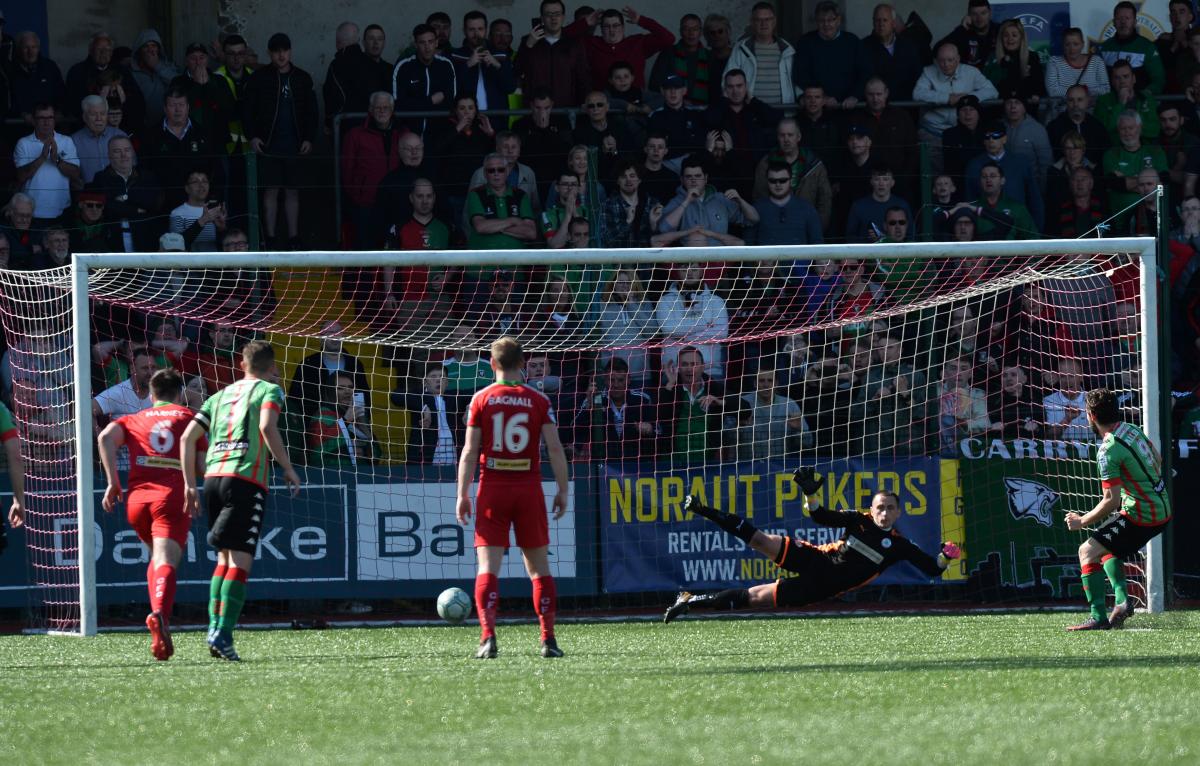 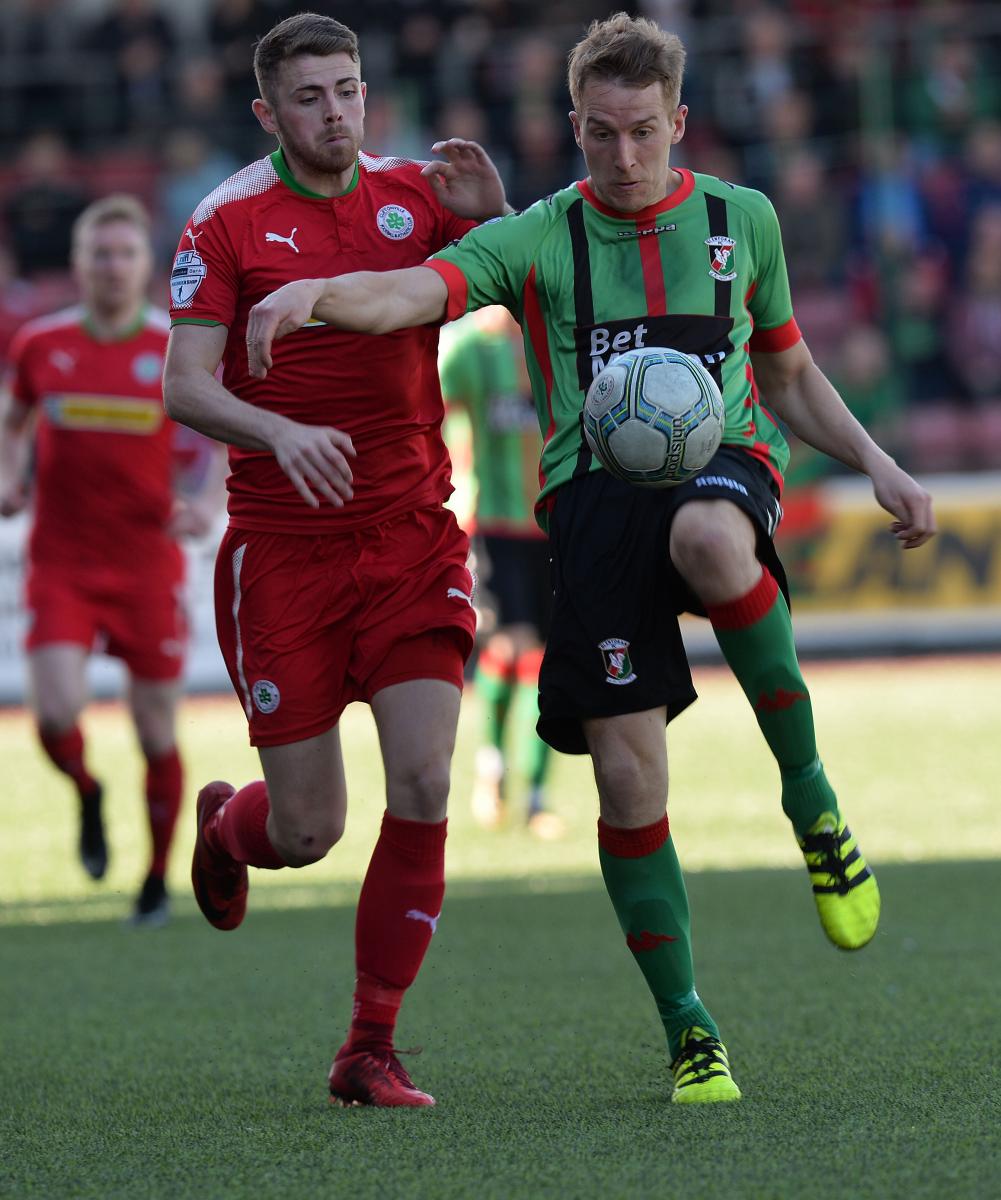 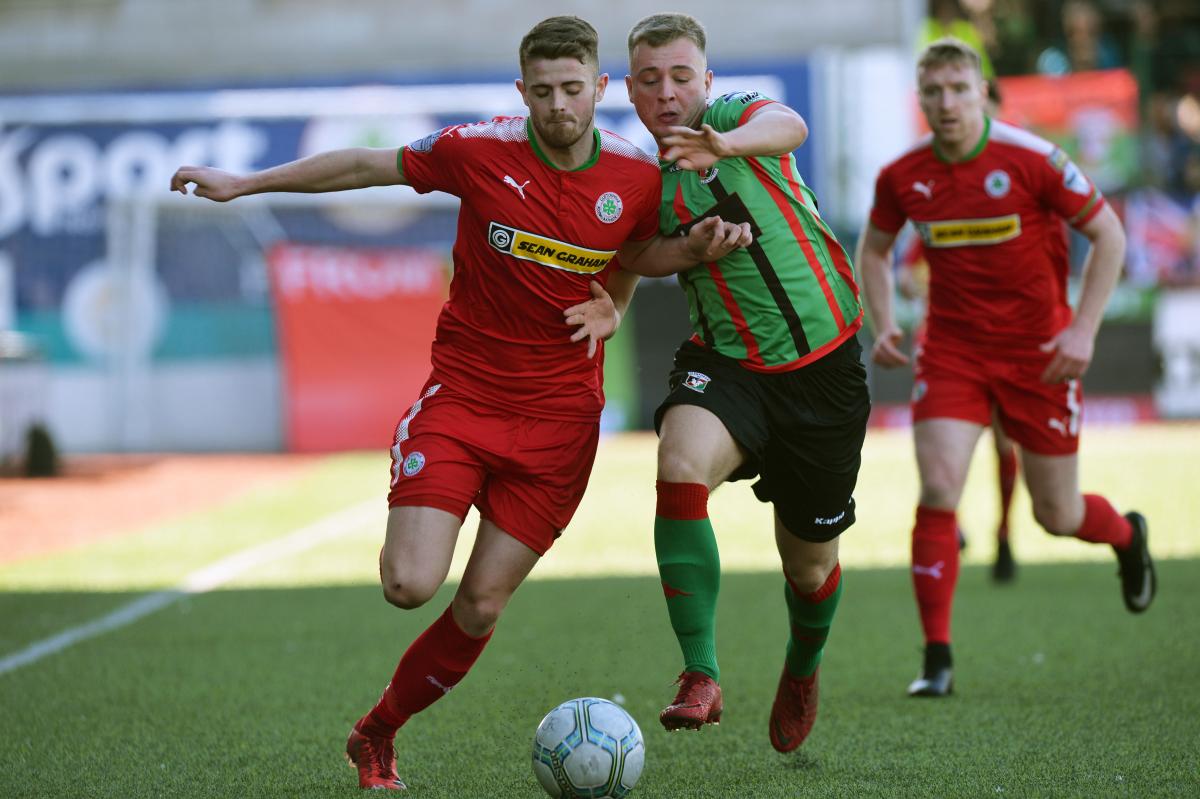