Goals in either half from Northern Ireland internationals Joely Andrews and Lauren Wade saw Glentoran Women secure a clean sweep of trophies for this season and a third consecutive Electric Ireland Women's Challenge Cup tonight at Windsor Park. That means this remarkable group of players have now won the last six trophies senior played for in Northern Ireland! 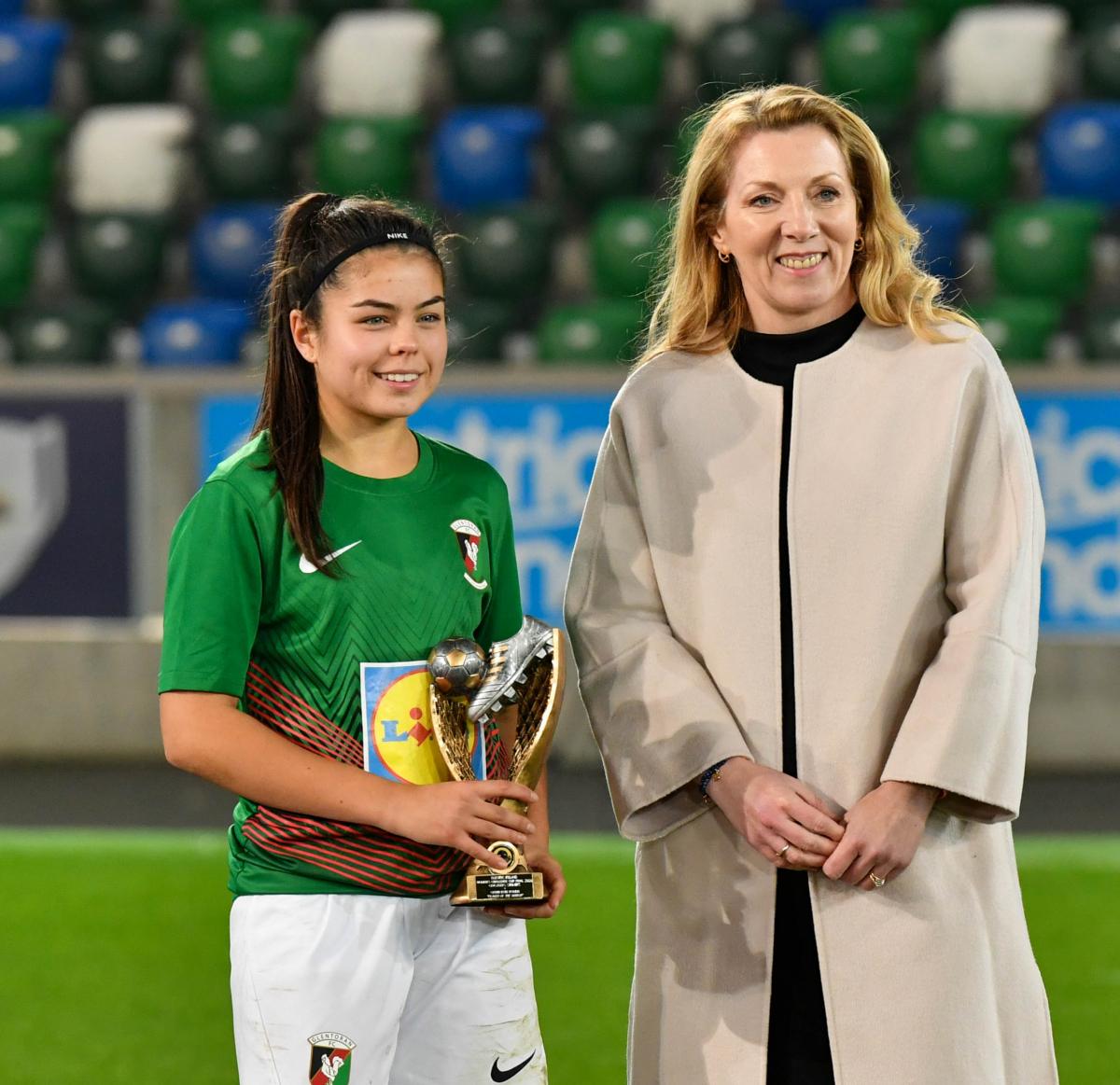 Player of the Match Joely Andrews

The Glens, with the NIFL Danske Bank Women’s Premiership trophy and the Toalsbet.com County Antrim FA Women’s Challenge Cup already in the cabinet, created the bulk of the chances in the match and deserved their success after producing some slick football.

The opening period of the match was scrappy before Glentoran, fielding a team packed with current and former Northern Ireland internationals, enjoyed a period of sustained pressure.

The first clearcut chance of the game saw Glens midfielder Chloe McCarron unleash one of her trademark long range strikes. Her superb hit crashed off the bar and down onto the goalline, however the referee, Arleen Campbell, adjudged that the ball did not cross the line.

On 22 minutes the Glens took the lead thanks to a well worked goal. Captain Jessica Foy crossed to striker Kerry Beattie and she laid the ball back to Andrews 16 yards out and the midfielder planted it past Crues keeper Maddy Harvey-Clifford into the bottom corner of the net. 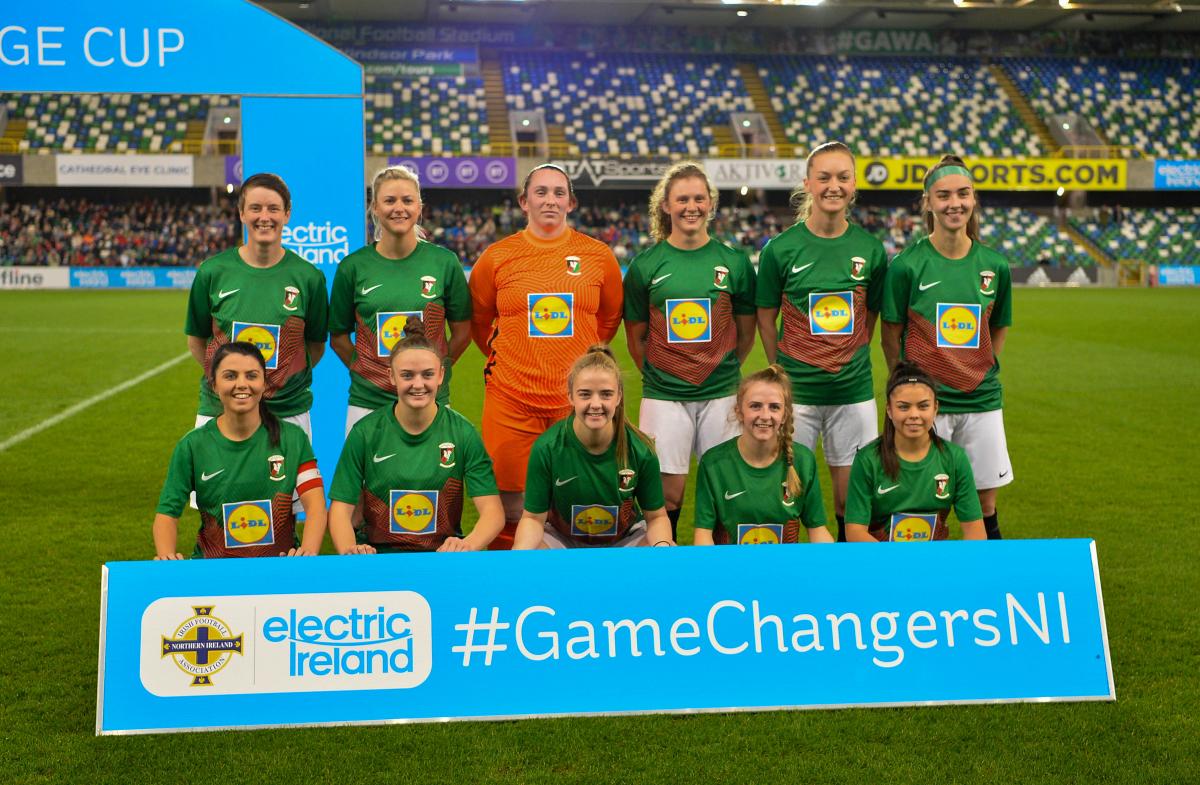 Five minutes later Strikers midfielder Amy McGivern got on the end of a long pass and scuffed an effort past the post. It was a decent opportunity to equalise.

Andrews had a chance to double the Glens’ lead on 34 minutes. She bamboozled the Crues defence by twisting this way and that, creating an opening, however her weak shot was blocked and Harvey-Clifford gathered the ball.

Crusaders Strikers, who finished third in the league this season behind the Glens and Cliftonville Ladies, struggled to make an impact going forward although experienced midfielder Danielle McDowell-Tuffey did have an opportunity to draw her team level as half-time approached. She stepped up to take a free-kick just outside the area but Glens keeper Emma Higgins comfortably saved her shot at the near post. 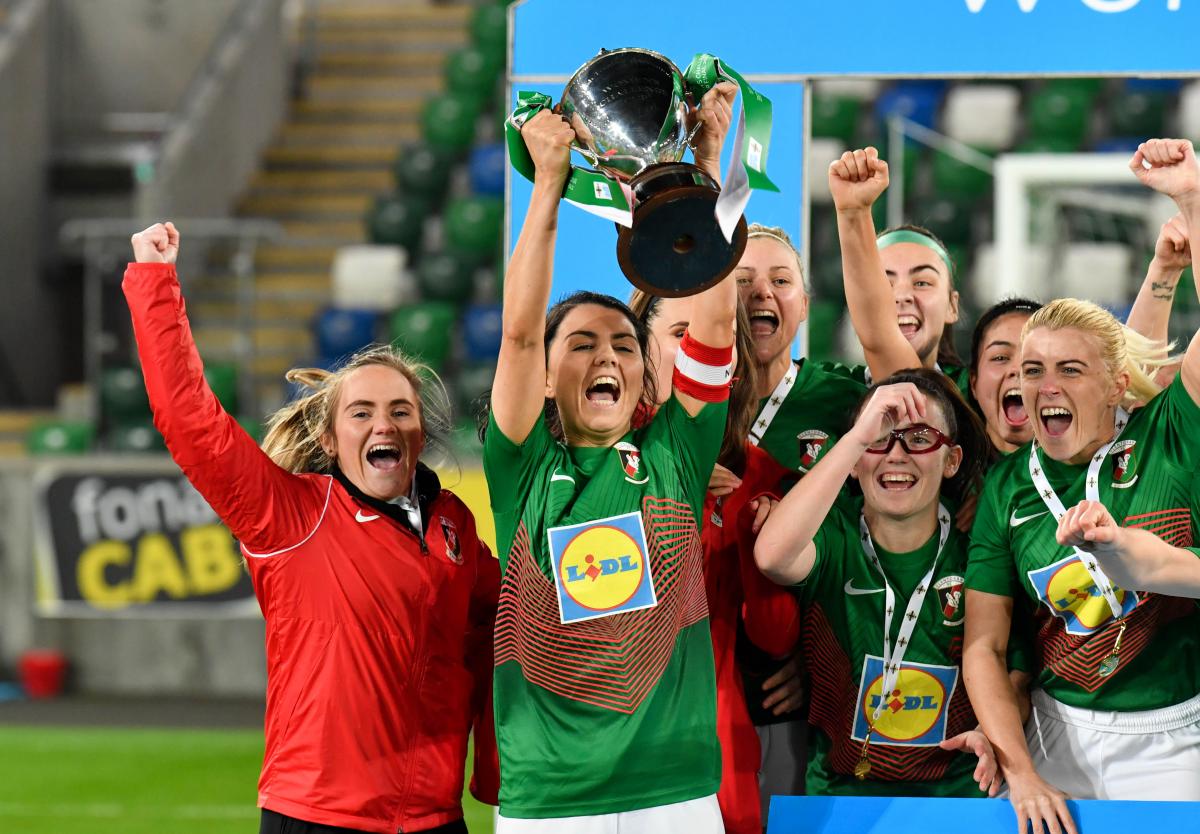 The Crues, whose manager Jonny Tuffey was unable to attend the game due to Covid protocols, made a double substitution after the break with Northern Ireland striker Emily Wilson, who missed last weekend’s Co Antrim Cup decider through injury, and Meghan Ingram entering the fray.

Andrews sprayed a lovely pass to Wade down the left and her tantalising cross was plucked out of the air by Harvey-Clifford, and then McCarron fired a shot over the top.

Moments later Caragh Hamilton let fly from distance and Harvey-Clifford dived full length to push her powerful strike past the post. It was a top class save.

The Crues, with Julie Nelson solid as a rock at the heart of their defence, continued to thwart the Glens’ forwards and they did well to snuff out an Andrews snapshot.

Wilson set off on a powerful run just after the hour mark, leaving a couple of Glentoran defenders trailing in her wake, however her shot from distance was easily held by Higgins.

Glens substitute Danielle Maxwell scooped a shot wide, Nelson stepped in to stop a promising move between Maxwell and Beattie in its tracks and Hamilton fizzed an effort past the post as the Glens continued to push forward.

Glentoran grabbed their second goal - and secured the treble - with minutes remaining. Midfielder Nadene Caldwell jinked her way past a couple of defenders and crossed for Wade to flick the ball past Harvey-Clifford from six yards. 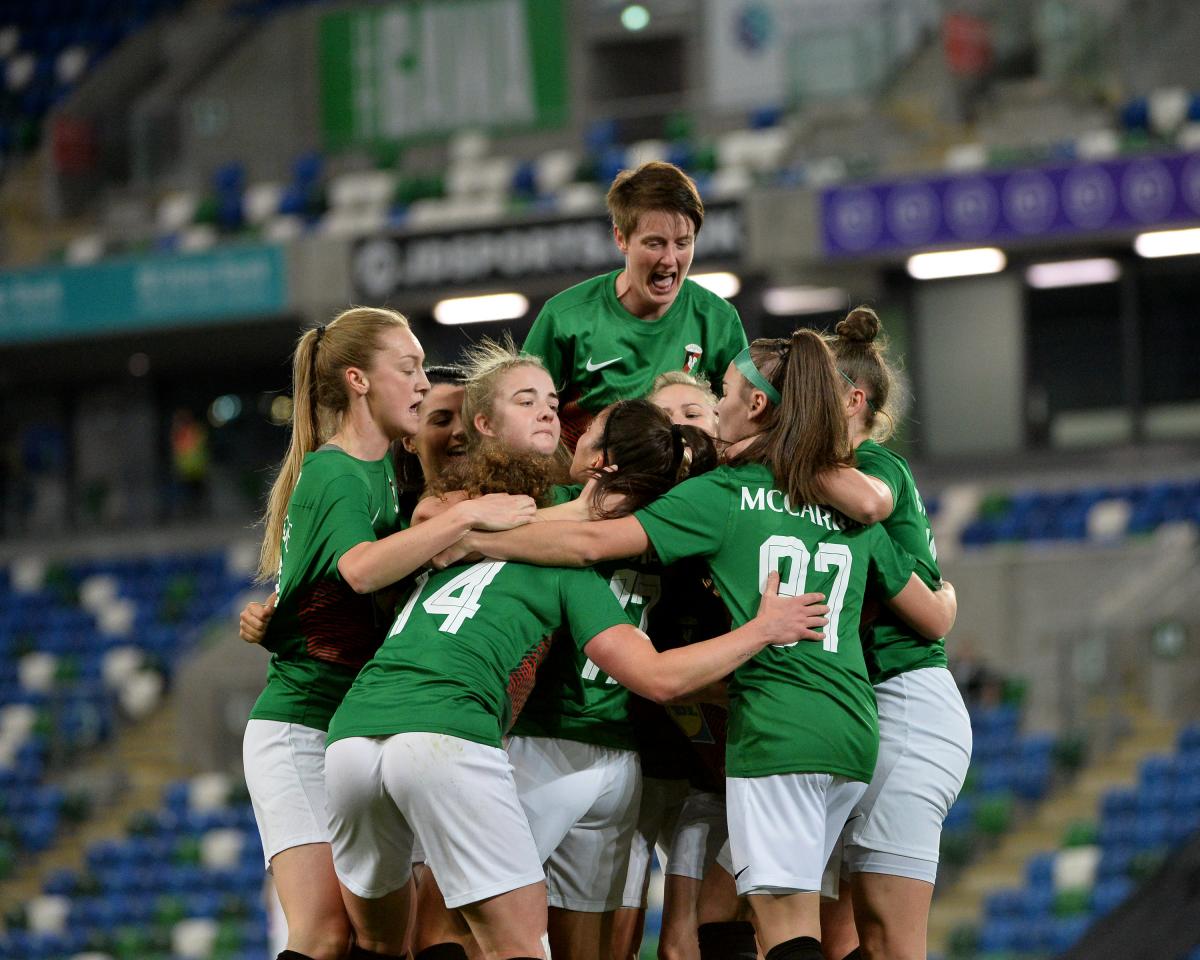 Photography by Pacemaker and Johnny Caldwell