Glentoran Ladies have lifted their sixth league title in 9 years which will again next year take them into  UEFA's Women's Champions League next summer and it was particularly pleasing for them to have lifted it at the Oval. 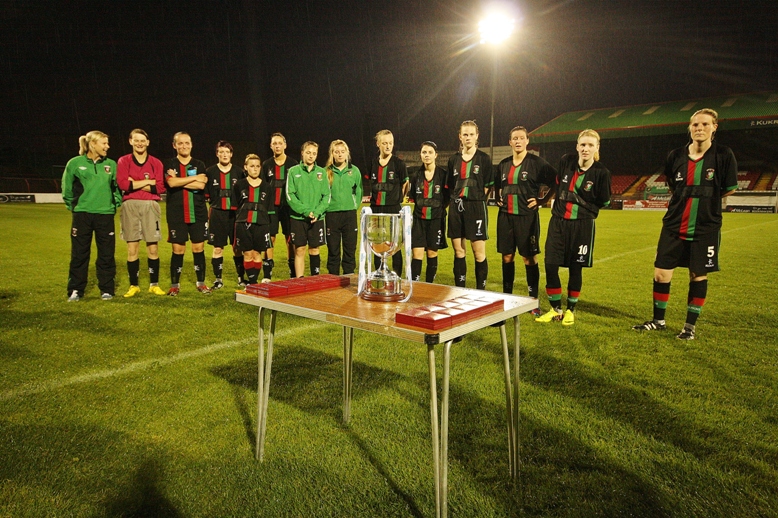 This year was the first full season of our coaches of Raymond Alexander and Joe Houston. The squad have been unbeaten during the season and with the league trophy already in the cabinet the team can now concentrate on the remaining cup competitions. This season has seen a number of younger players enjoy their first full season in  the first team and all have acquitted themselves very well. In defence Ashleigh McKinnon goalkeeper, Katie  Sheridan, Jessica Foy and Rachael Davis in defence, with Lauren Lewis, Lauren Wade and Eimhear O'Prey as midfield and attacking options all bode well for the future. 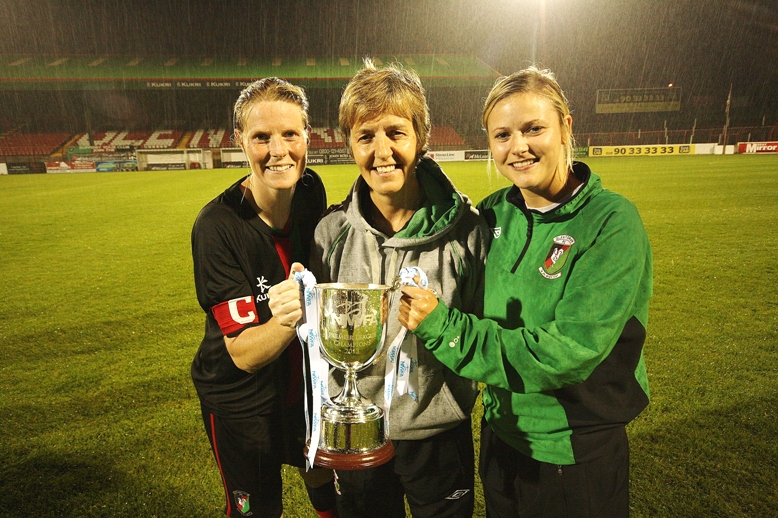 In winning the league the Glens Women's team have been the most consistent team in the league, scoring more goals than any other team and with the best defence conceding fewest goals. In really formidable scoring form this year was international Demi Vance. Captain Gail Macklin is a natural leader and brings out the best in her team mates and is a huge asset to Glens BU, with vice-captain, International Nadene Caldwell being amongst the most consistent players all season who commands midfield with her energy and ground covered from box to box.

As is the Glens Women's way it is always a case of the sum of the parts is greater than the individual parts and to that end every player has made a significant contribution to winning the league title. It has been a real privilege to play a number of games at the Oval this season and indeed the first game saw a 4 - nil win against Linfield; a great way to start the season. We hope that next season we can play even more fixtures at the Oval and we certainly greatly appreciate Director Stephen Henderson taking such a keen interest in the team and his support throughout the year.

Finally a huge thank you to Sharon Campbell my assistant manager who works tirelessly for the team. Next year we are keen to recruit again particularly with Europe in mind and to build a strong talented youthful squad. If anyone is interested in finding out more please contact manager, Cheryl Lamont on 07803897855. The junior club is also keen to recruit any girls aged 8 upwards to age 13.

The womens teams are keen to secure a sponsor for next season and again if anyone would like to have an informal chat with the manager please contact Cheryl on the number noted above.

At the start of the new men's season the women's teams wish every success to our male counterparts. 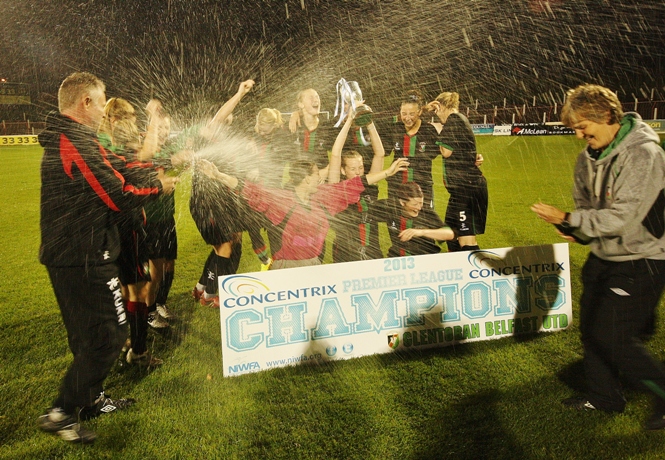