Glentoran Football Club is delighted to announce the return of Bobby Burns on a permanent contract following his season loan from Barrow.

Bobby (21) will be warmly welcomed back into the Oval changing room, having become a very popular squad member during his loan spell last season. He played in our first three league matches but suffered a severe and season ending leg break in the third game, at Coleraine Showgrounds. He remained at the Oval following his leg break to work closely with our Physiotherapist Gareth Robinson and Fitness Coach Sandy McDermott to work daily on his recovery.

We are all delighted that Bobby chose Glentoran to continue his career, in the face of intense competition from other top clubs north and south of the border. He was an outstanding player for Glenavon prior to his move to Hearts, for whom he played in a winning Scottish Cup semi-final and also received call-ups to the senior Northern Ireland squad. He was a regular in the Northern Ireland Under 21 team prior to his injury. 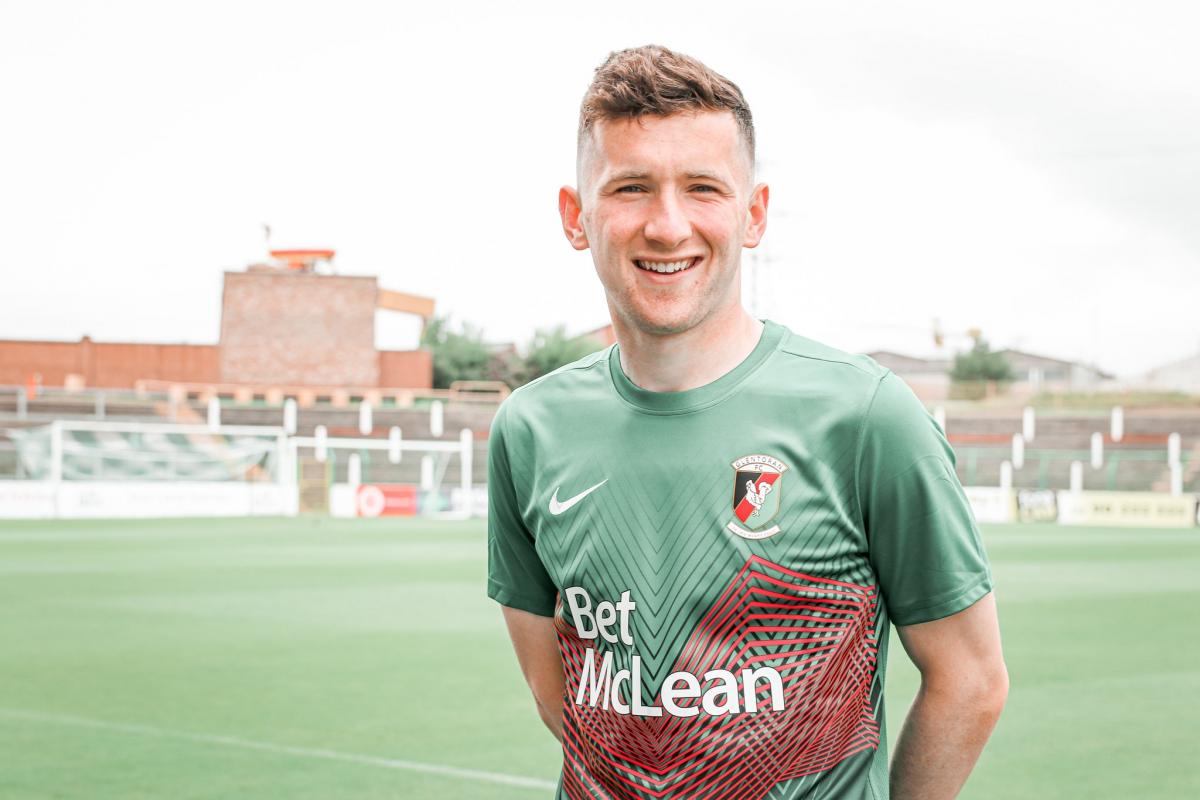 Mick McDermott: “We are delighted to welcome Bobby ‘home’ after his short stint back at Barrow. He was unfortunate to get injured last season; he is now back to full training and raring to go.

He remained part of our ‘team’ last season even as he worked himself back to full fitness - his enthusiasm around the place was infectious.

Multiple clubs in England, Scotland, League of Ireland and several here in NI were vying for his signature; Bobby knows well our project here at Glentoran and it made his decision easy.

He is versatile, energetic, honest and full of quality - I know our fans will see the best of him this season.

GlensTV has a full interview with Bobby.