Facing another knockout evening match against lower league opponents, it was a night when the travelling fans questioned if it could possibly go wrong again.

The teams were welcomed out to a dry pleasant evening by a smallish crowd.  There were three changes in the Glentoran starting line up from Saturday, with Curtis Allen, Stevie Gordon and James Ferrin all getting the nod from the Gaffer.

The first half was a tentative affair, with both midfields tending to cancel each other out.  The Glens did have some chances, with Smith shooting just wide after eight minutes. It was Smith again who took a good free kick which the keeper mishandled, but unfortunately no-one was there to follow up.  Chris Lavery was then put through, but blasted high and wide with the young Comrades keeper closing in. Lavery was again in action just before half time when he whipped in a corner, with some half-hearted appeals that the ball had crossed the line.  Glentoran could not appear to find that final killer quality ball into the box.  Ballyclare also had their chances but the Glentoran keeper, Dwayne Nelson, was not really threatened. 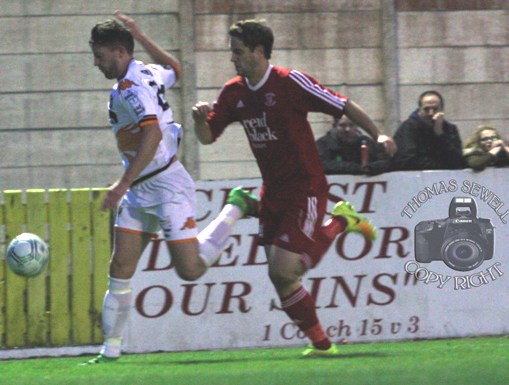 The second half continued where the first half left off, with the match being a midfield battle.  The pitch, dry and bumpy in places, gave both teams difficulty in controlling the ball on the ground.  Some of the tackles were starting to become hefty, with the referee continuing with the lenient approach he showed throughout the match.  Foley was caught by a particularly heavy challenge which ultimately saw him being replaced by Caldwell.  The Glens finally had a good opportunity to take the lead when Stevie Gordon headed over in a good scoring position.

As the half progressed, young Tiernan McAuley started to settle down well, with his apparent pace, mobility and desire to push forward indicating he may be a prospect for the future. 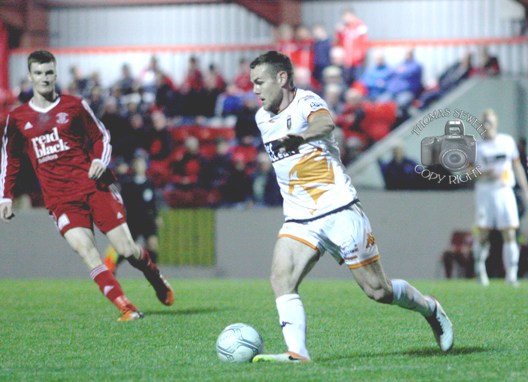 Ballyclare continued to gain confidence, and were pushing forward in numbers towards the later stages of the game - a clear desire to win the game evident.  In the 83rd minute, Chris Trussle hit the upright with his well-struck shot, leaving Nelson beaten.  Denver Taggart then hit the ball over the bar from the rebound. The Glens managed to survive to the end of the half resulting in ten minutes of extra time each way. 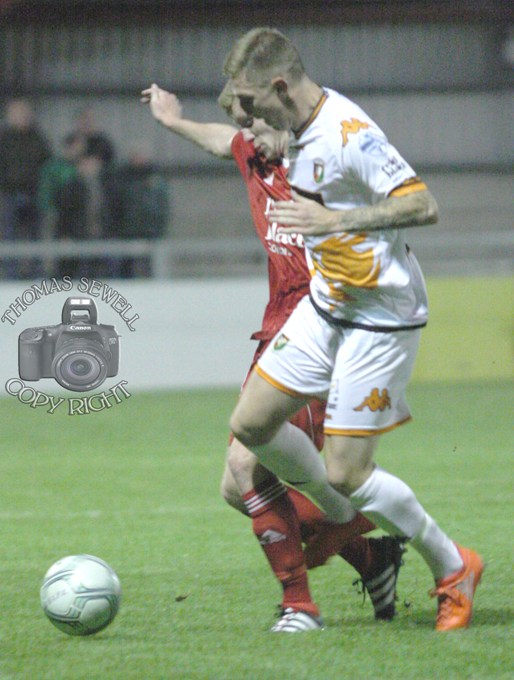 Extra time followed the same theme, with Ballyclare pushing forward.  However, as time passed the Glentoran defence start to reassert control.  Both keepers were not unduly worried as the game started to look as if it would be decided by the dreaded penalties.

Just when it looked the inevitable would happen, four minutes from time, Ross Redman sent a deep cross into the crowded goal mouth.  This saw Smith at the back post getting his head to the ball and scoring the deciding goal.

The general feeling of the supporters was one of relief rather than jubilation, another banana skin has been narrowly avoided with progression to the next round secured.

Holders, Ballymena Utd also made it through to the last 8 along with PSNI, Ards, Linfeld, Crusaders, Cliftonville & Albert Foundry.