With both Portadown and Crusaders losing earlier today, Glentoran had a great chance to narrow the gap on the teams immediately above them. They failed to take it. Apart from the final 10 minutes of this game they were out-fought and out-played by the Premiership's bottom club who fully deserved their win.

Both sides had set piece opportunities in the first 10 minutes. Craig McMillan went close from the right corner of the 18-yard box with Elliott Morris tipping the ball onto the bar whilst at the other end, Niall Henderson fired wide from 20 yards. Just before the quarter hour mark Alan Blayney saved well with his legs from Curtis Allen but it was the 'home' side who dominated the majority of the first half. They deservedly took the lead on 25 minutes when David Armstrong rose highest to head home McMillan's corner. 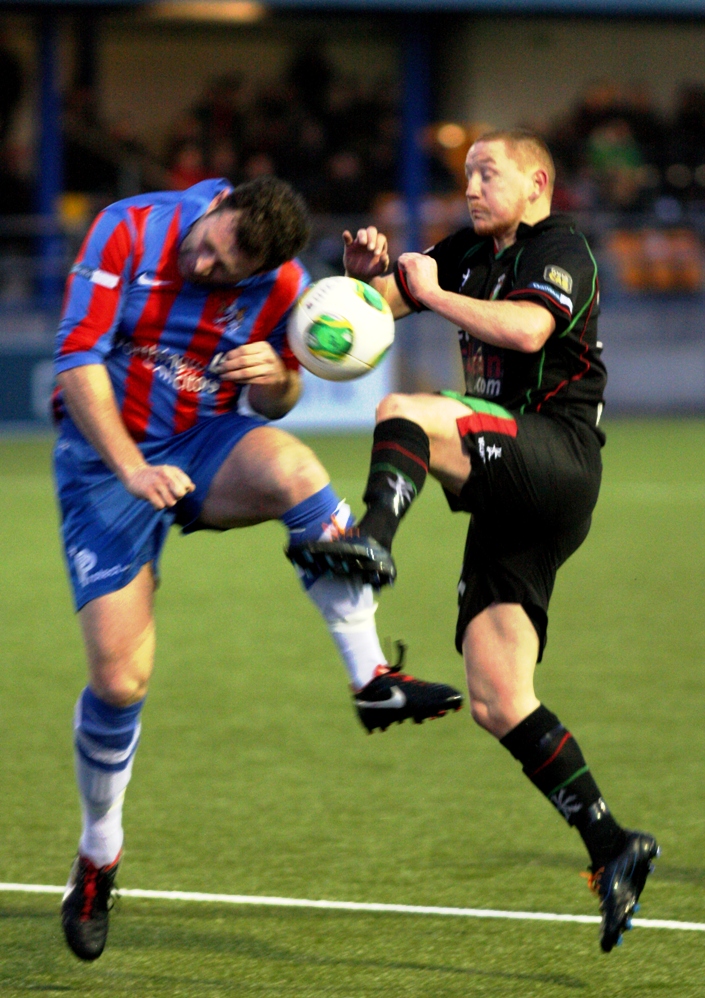 Glentoran's hopes of a second half comeback suffered a blow when Willie Garrett received a second yellow card on 56 minutes. 5 minutes later Ards doubled their lead when Andy Mitchell headed home from close range. It was 10-a-side on 68 minutes with Craig McMillan receiving his marching orders after appearing to kick Stevie Gordon. Despite that setback, Ards continued to look the most likely to score again. Mitchell and Downey both spurned glorious opportunities to make it 3-0. A Curtis Allen free kick on 82 minutes brought a good save out of Blayney but the on-loan keeper could do nothing to keep out Allen's glancing header 3 minutes from time. Allen had another chance from another free kick in the final minute but hooked his shot over the bar. In stoppage time Marcus Kane received a second yellow card to reduce Glentoran to 9-men.