Two excellent penalties from Dylan Davidson turned today's game around and set Glentoran on their way to 3 points.

The first half was a tame affair and although Ards started the brighter it was the Glens who went closest to scoring through two Peter McMahon efforts, both of which went over the bar.

On 32 minutes a very poor tackle by Kyle Cherry on Marcus Kane saw the Glentoran skipper stretchered off with the Ards midfielder perhaps fortunate only to receive a yellow card! 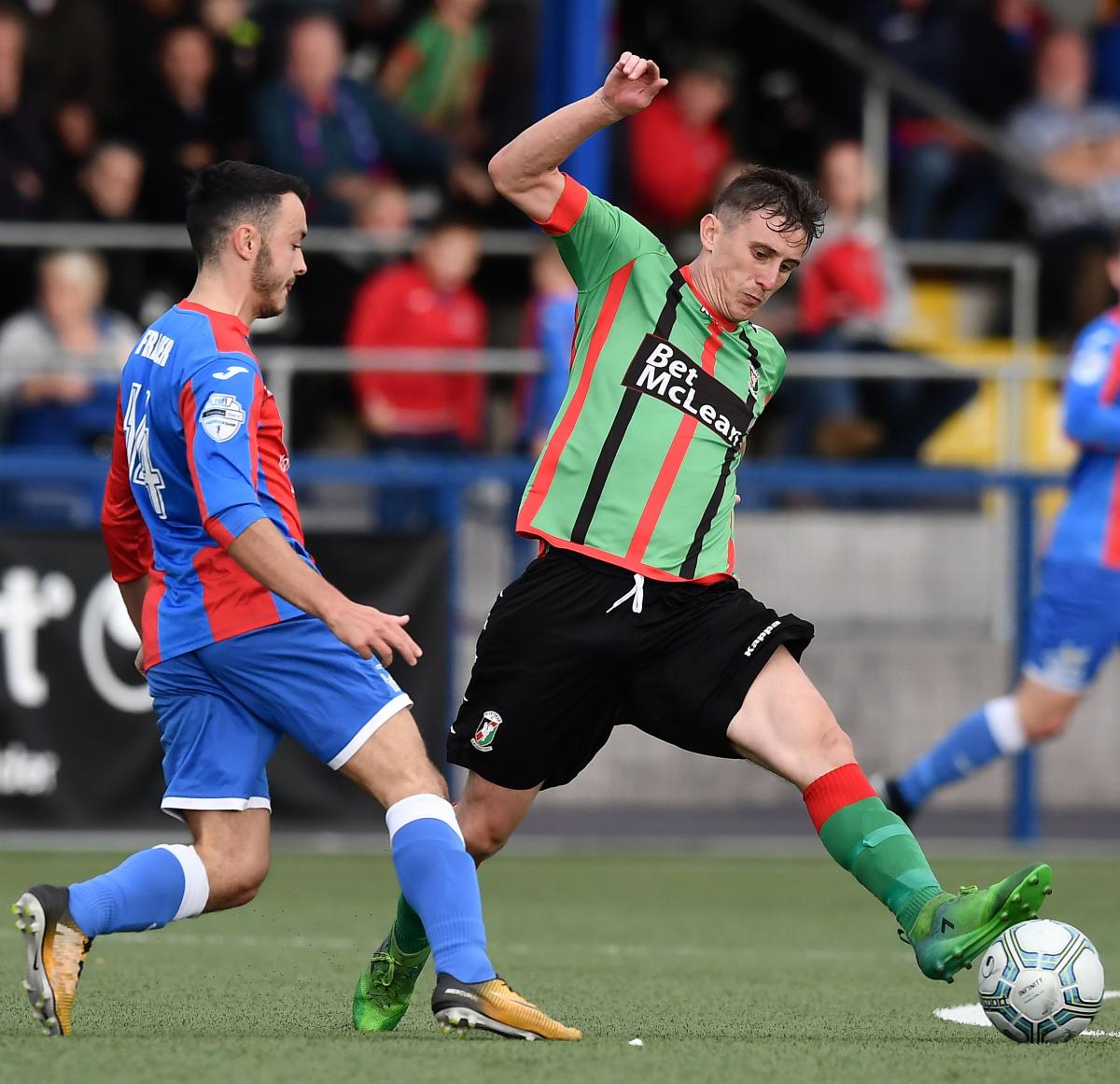 The 'home' side took the lead early in the second half, Cherry beating Morris from 12 yards after the Glentoran defence had spurned several chances to clear the ball. Going a goal behind seemed to waken the Glens from their slumbers and Robbie McDaid almost levelled with a header which was saved by Aaron Hogg. Ross Redman then saw his shot blocked after a surging run into the Ards penalty area and then McDaid haeded narrowly wide from a Dylan Davidson cross. 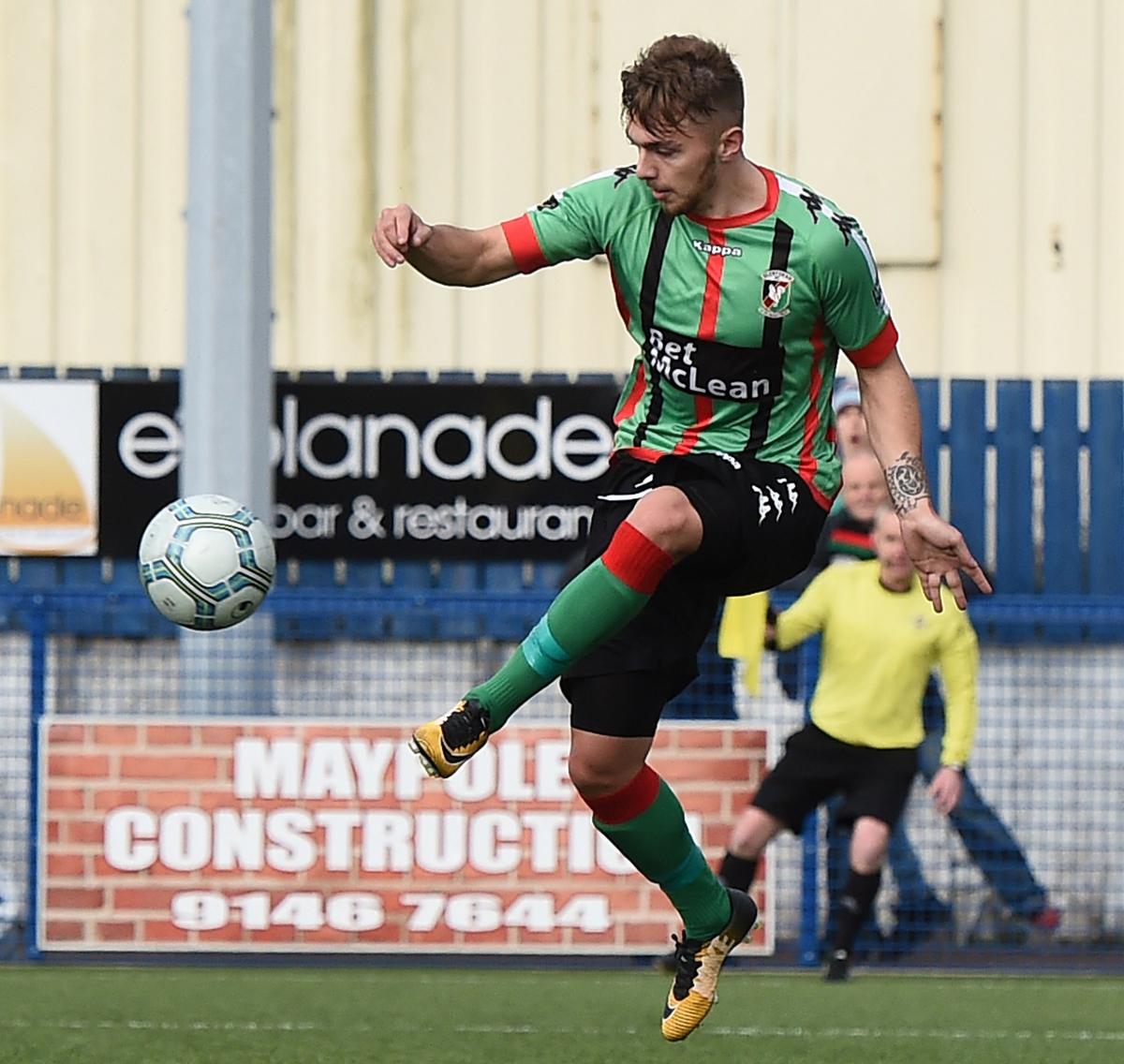 On 62 minutes the Glens had the opportunity to level the scores after Jonny Fraser fouled Peter McMahon in the area. Glentoran's penalty conversion record has been far from impresive this season and on this occasion young Dylan Davidson took responsibility. His left footed drive sent Hogg the wrong way as Davidson registered his first goal for the club. The second didn't take long in coming! 6 minutes later McMahon was again taken down in the area, this time by Reece Glendinning. The confident Davidson stepped up again and again sent Hogg the wrong way to make it 2-1 to the visitors. 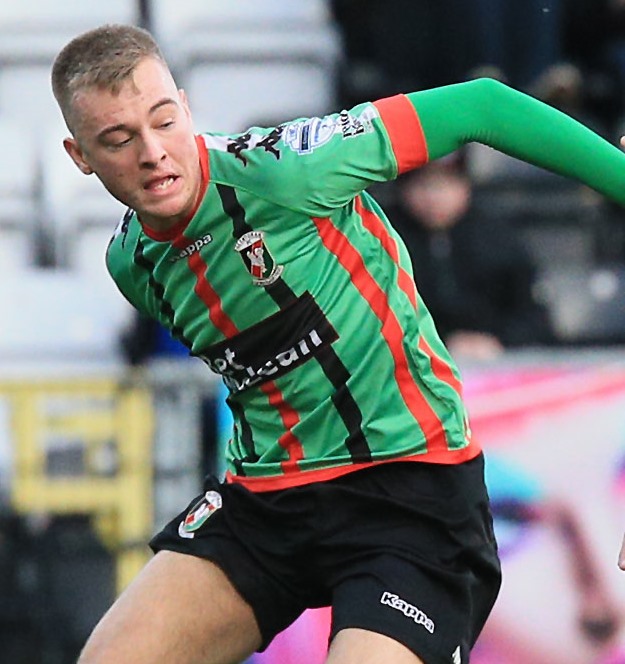 5 Minutes later Robbie McDaid fizzed a 20-yard effort just wide but on 77 minutes the Glens managed to increase their advantage. Again Peter McMahon was involved; his corner from the left being powerfully headed home by Jonny Addis from just inside the 6-yard box. Nathan Kerr almost grabbed his first goal on 88 minutes but his 20-yard drive went inches wide with Hogg beaten. Glentoran capped off a good second half display in the 92nd minute. Another dangerous ball into the area from Davidson broke to Curtis Allen and he found the far corner to make it 4-1 with his 22nd goal of the season. 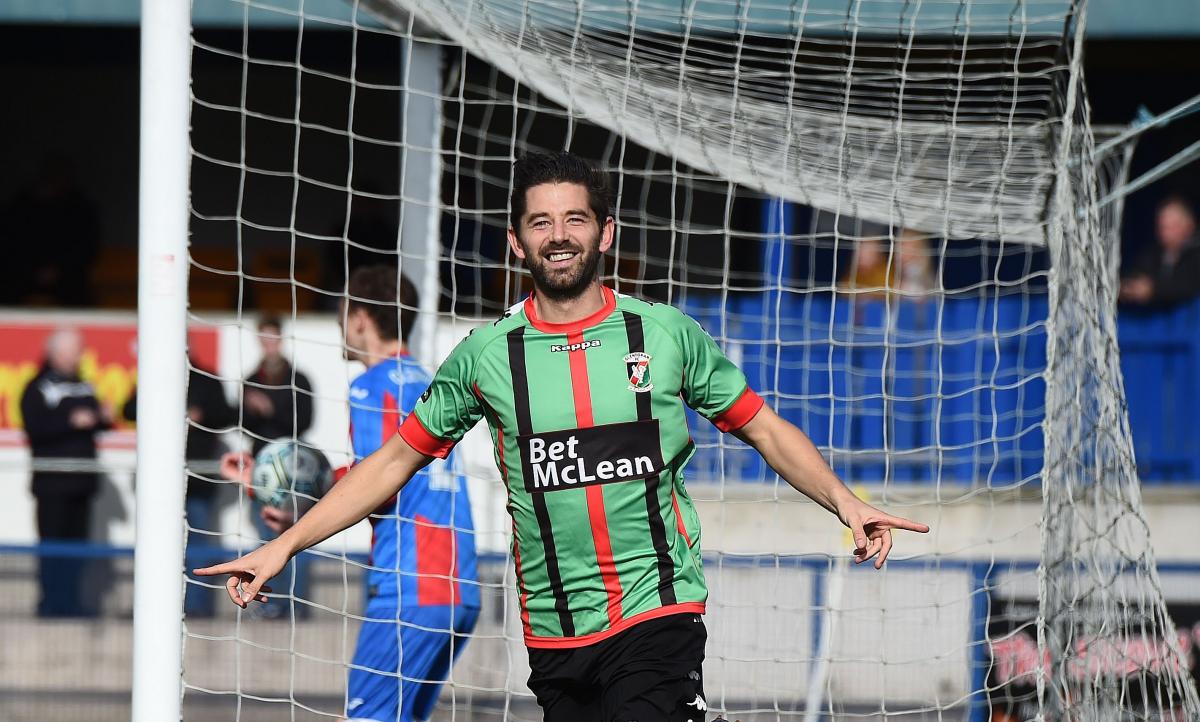