Glentoran went into this tie as massive favourites against the NIFL Championship’s bottom club, Annagh United and should have had it all wrapped up in the first 20 minutes! As well as dominating possession, the Glens created numerous chances but failed to take them and that wayward finishing ultimately proved to be their downfall. 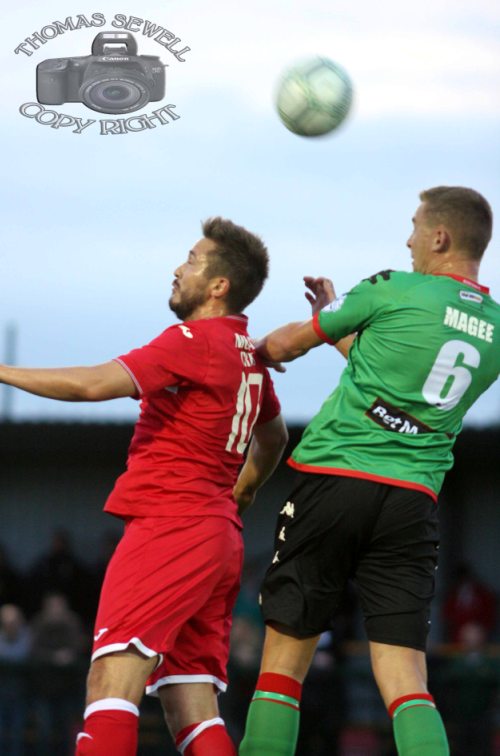 Eric Foley, Curtis Allen (twice) and Aaron Smyth all wasted good opportunities in the first 10 minutes before Jay Magee powered a header wide from a corner. Magee shot straight at the keeper again on 13 minutes before a driven cross from Chris Lavery was gathered at the second attempt by Annagh keeper, Hughes. On 19 minutes the Championship side went in front. A long ball down field was latched onto by Jamie Gardiner and he lifted it over the advancing Elliott Morris. 10 minutes later an over hit back pass from Magee put Morris in trouble and Annagh Utd were awarded an indirect free kick for the keeper handling the ball. Fortunately the defensive wall blocked the resulting effort on goal. The Glens then picked up the pace again, desperately searching for an equaliser before the break. Lavery’s shot inadvertently struck Novo and then Redman and Lavery combined to create a chance for the Spaniard but his shot was wide of the mark. Aaron Harmon was next to try his luck but he drove his effort straight at the Annagh Utd keeper. 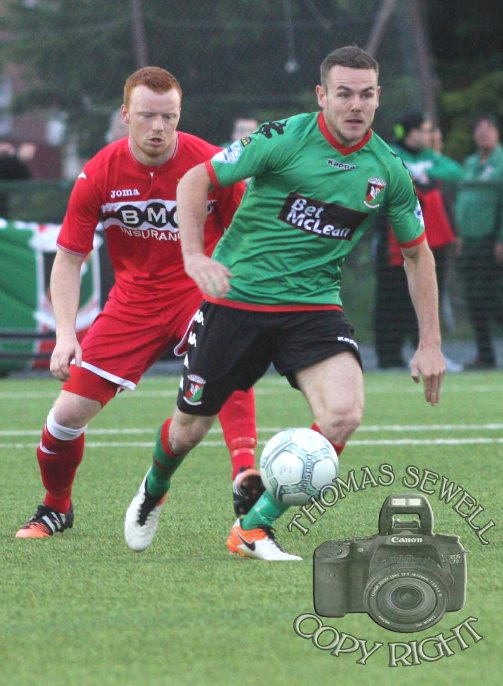 The second half got underway with Magee’s speculative 30 yard shot fizzing wide of the post and then Foley also tried his luck from range; again the keeper was untroubled. Allen and Smyth then had shots blocked for corners before Annagh United netted a second! Ross Redman failed to clear the ball properly and lost possession on the left. The ball was put into the danger area and Jordan Campbell turned it in at the back post. Marcus Kane replaced Eric Foley on 65 minutes and a minute later the Glens got a lifeline when Ciaran Caldwell’s shot from distance found the bottom corner with the aid of a slight deflection. Three minutes later though the home side added a third through Stephen Park. 12 minutes from time Redman put a great ball into the box but Nacho Novo dragged his shot wide with the goal seemingly at his mercy. Magee headed wide again on 83 minutes before Novo gave the travelling support some hope when he fired home with 5 minutes remaining. Redman and Allen had chances in the closing minutes to force extra time but it wasn’t to be. 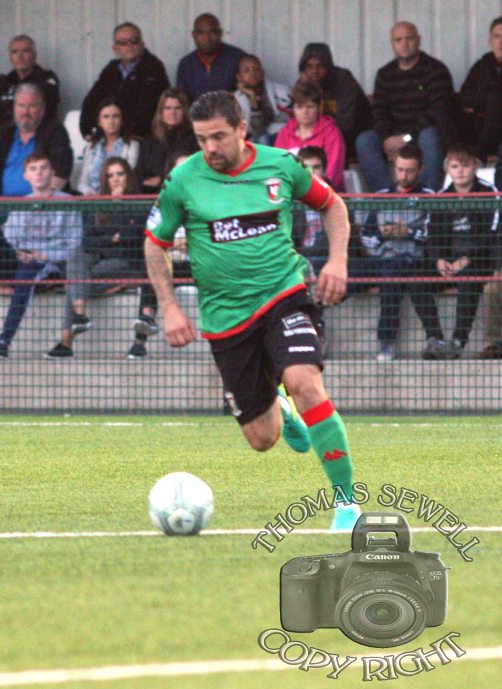