Andy Waterworth’s 50th Glentoran goal in stoppage time clinched the points for a lacklustre Glens at the Oval this afternoon.

Eddie Patterson made two changes to his starting line up with Jay Magee returning from injury & suspension and Jim O’Hanlon starting on the right wing. After the observance of a minute’s silence to remember those who have given the ultimate sacrifice the game got underway. The first half was a bit of a non-event. Stefan Lavery (3 mins), Sean Ward (11) and former Glentoran player, Neil Gawley (20) all had attempts on goal but neither keeper was called in to action. The best effort of the half came from Jim O’Hanlon on 29 minutes. Cutting in from the right, O’Hanlon drifted past several defenders before firing a rasping 20 yard drive which Nial Morgan in the visitor’s goal finger-tipped over the crossbar. From another Glentoran corner on 33 minutes the ball broke to Richard Clarke and he was unlucky to see his drive from the edge of the area, go just wide. 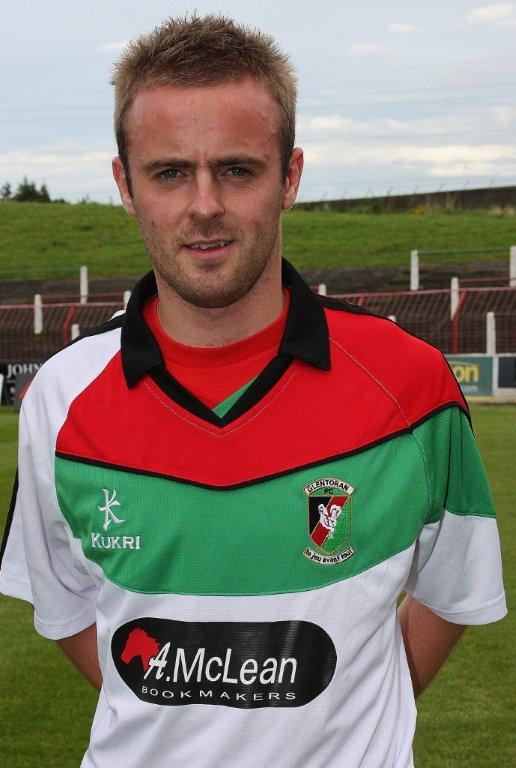 11 minutes after the interval the visitors went in front. A cross from the left was poorly cleared by Jimmy Callacher and it fell to Josh Cahoon who drilled it past Elliott Morris from 15 yards. That goal stirred the Glens and they levelled things up 5 minutes later. Stephen Carson cut in from the left and put another excellent cross into the danger area. The ball was headed up in the air but fell for Richard Clarke who headed it goalwards from about 6 yards out. The keeper got a hand to it and pushed it onto the underside of the bar but it was adjudged to be over the line (by the assistant referee) before Morgan clawed it out again. On 63 minutes Cahoon tried to restore Dungannon’s lead but his shot from a narrow angle was well off target. Substitute Stephen McAlorum almost put Glentoran in front on 78 minutes after a great driving run into the area. His shot appeared to strike the arm of a defender but the officials ignored the penalty claims from the home supporters and players. A minute into 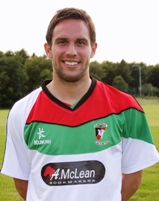 added time Jason Hill found Waterworth in the area. The Glentoran number 9 swivelled and shot but his shot found the side netting. It looked like the two teams were going to share the points but with the clock approaching the 93rd minute skipper Sean Ward drove forward and fired the ball goalwards. Andy Waterworth controlled it and this time when he turned, he blasted it past the helpless Morgan. There was one last chance for Dungannon Swifts but Emmet Friars’ 94th minute header went wide of the far post.

The 3 points move Glentoran back into 6th place in the Danske Bank Premiership table and just 3 points off second spot.