Daniel Kelly netted his first two goals for Glentoran as they claimed an important victory at Warrenpoint this afternoon.

With Ross Redman and Tre Sterling missing through injury, skipper Marcus Kane reverted to his old left back role with James Ferrin playing at right back. Also back in the side in midfield was Corey McMullan. 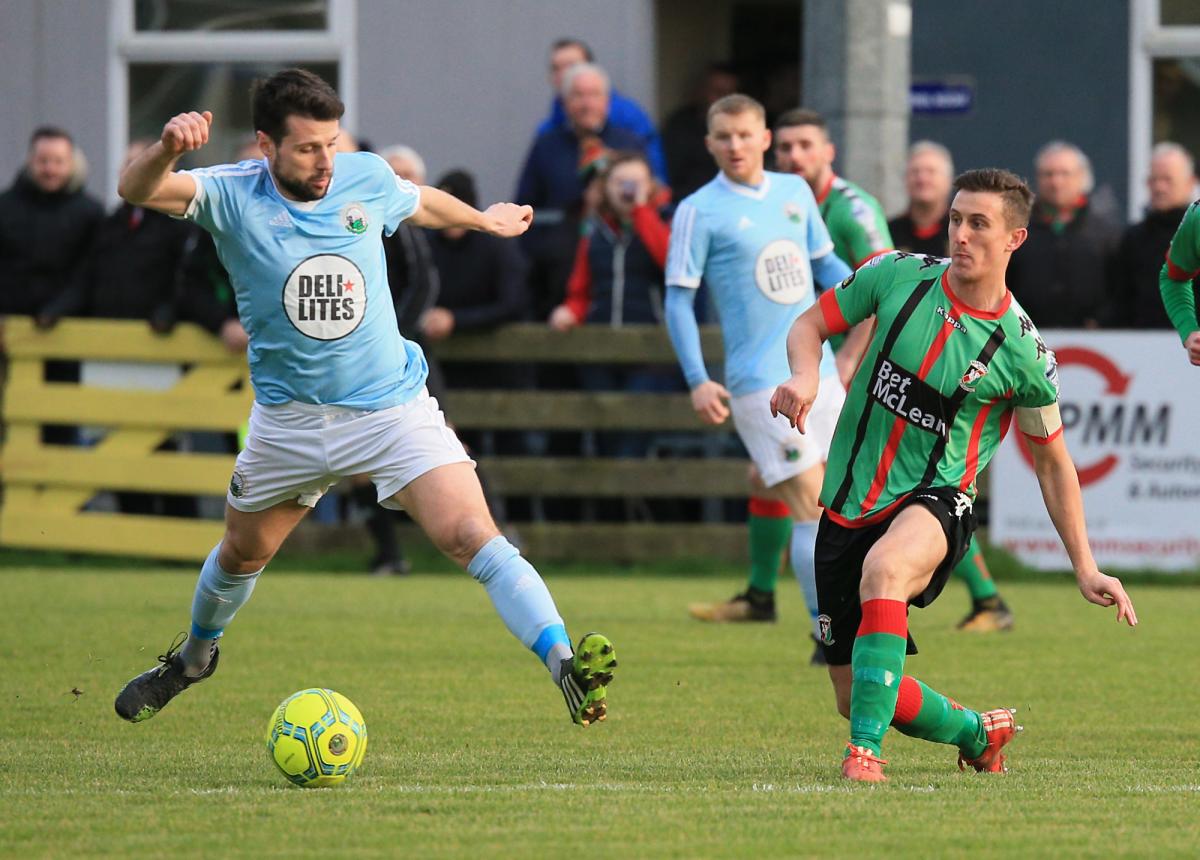 Glentoran came out 3-2 winners in a tough fought match at Warrenpoint Town FC. Glentoran went ahead within the first couple minutes as Daniel Kelly powered home a header at the near post following Dylan Davidson's corner. 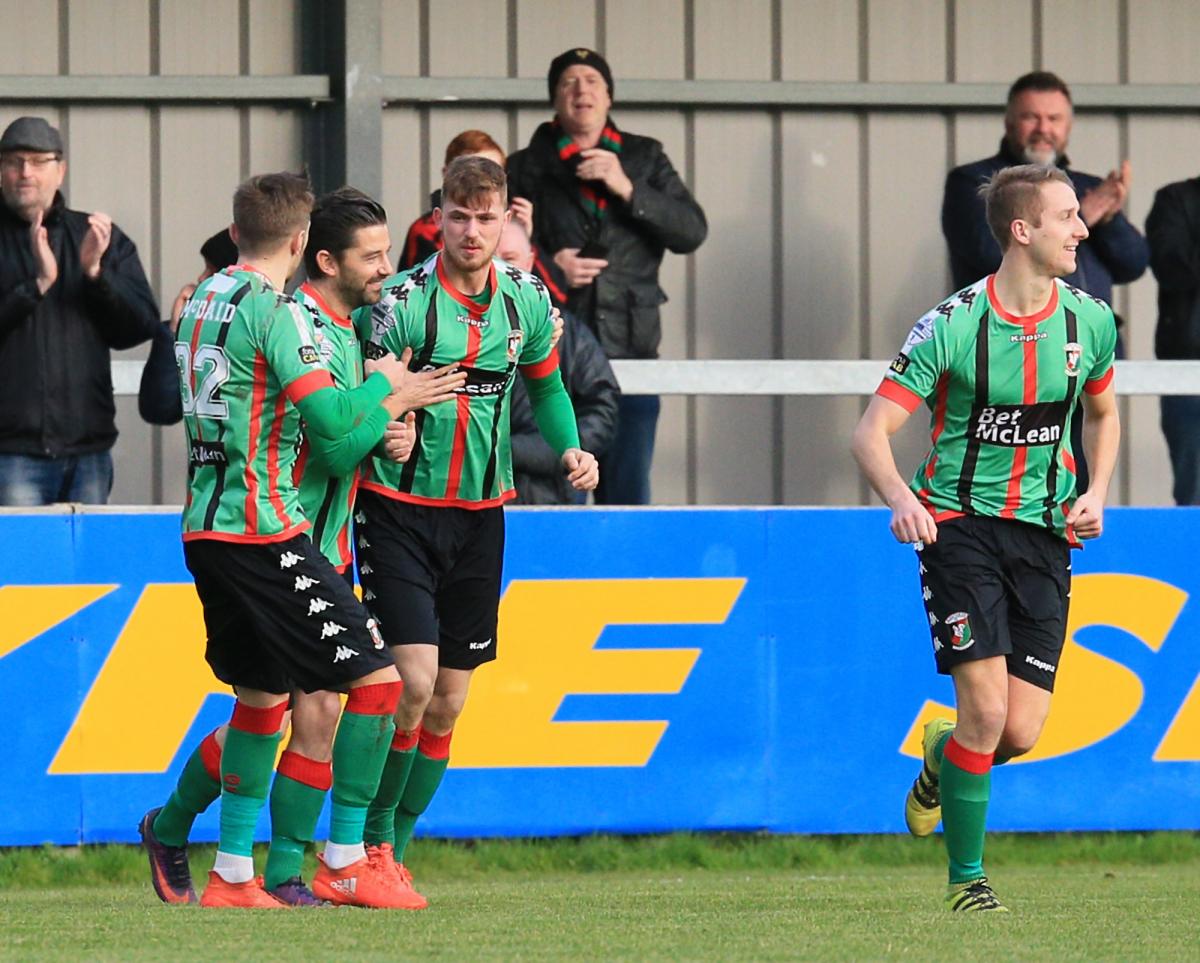 The Glens had a further chance shortly after in initial breakthrough, but Robbie McDaid was denied by a last man challenge after excellent build up play from Corey McMullan. 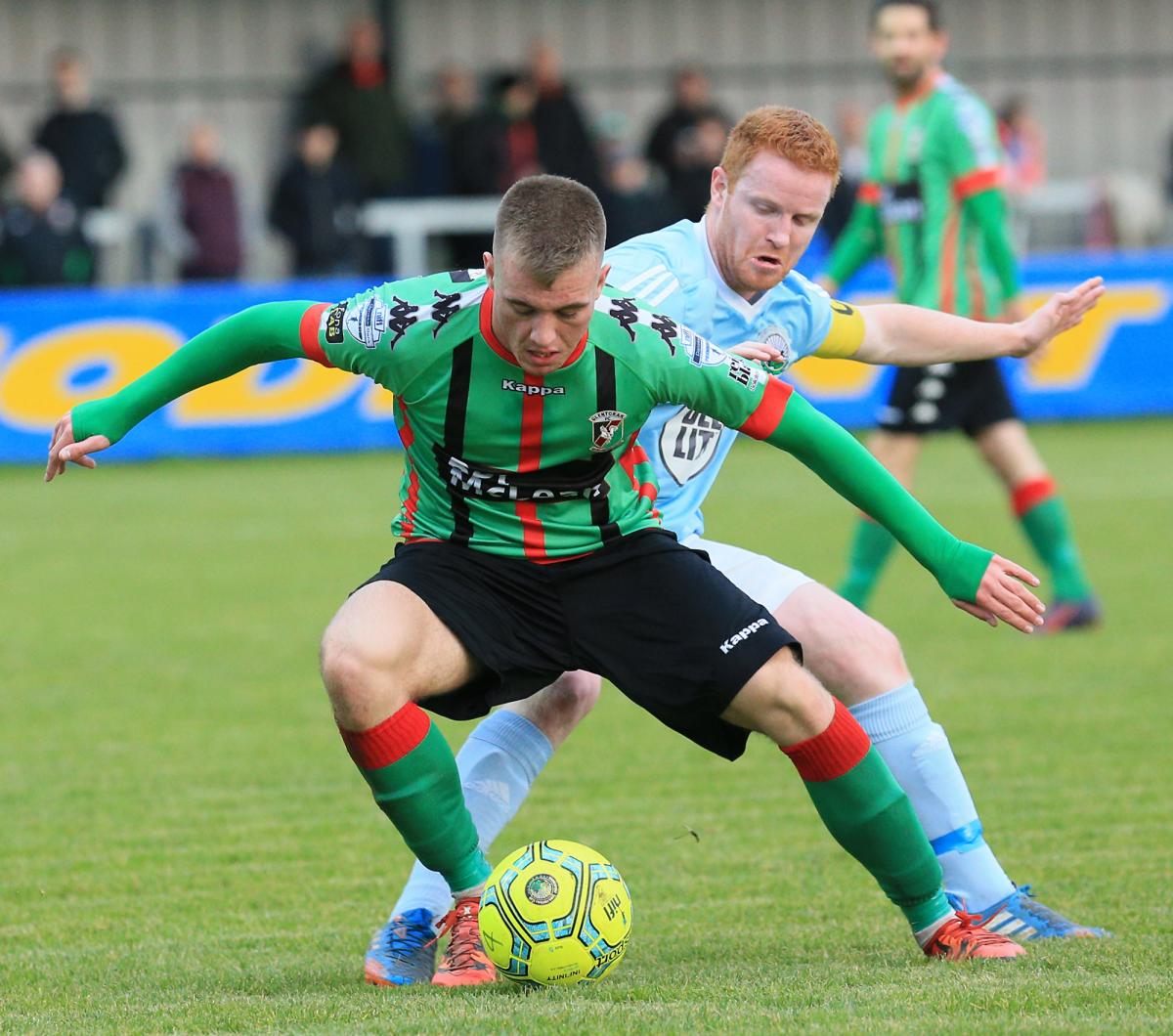 The Glens then had to withstand a long period of pressure from Warrenpoint, conceding possession for much of the rest of the first half.  Elliott Morris was called into action to make a number of saves, the most notable an outstretched save to his right following a Warrenpoint header.

Just before the half time break the Glens got their second goal. Robbie McDaid did well to keep the ball in play, sending a low cross across the face of goal.  Curtis Allen narrowly missed connecting, but the ball fell to Tiernan McNicholl, who powered his shot through a crowd of Warrenpoint defenders. 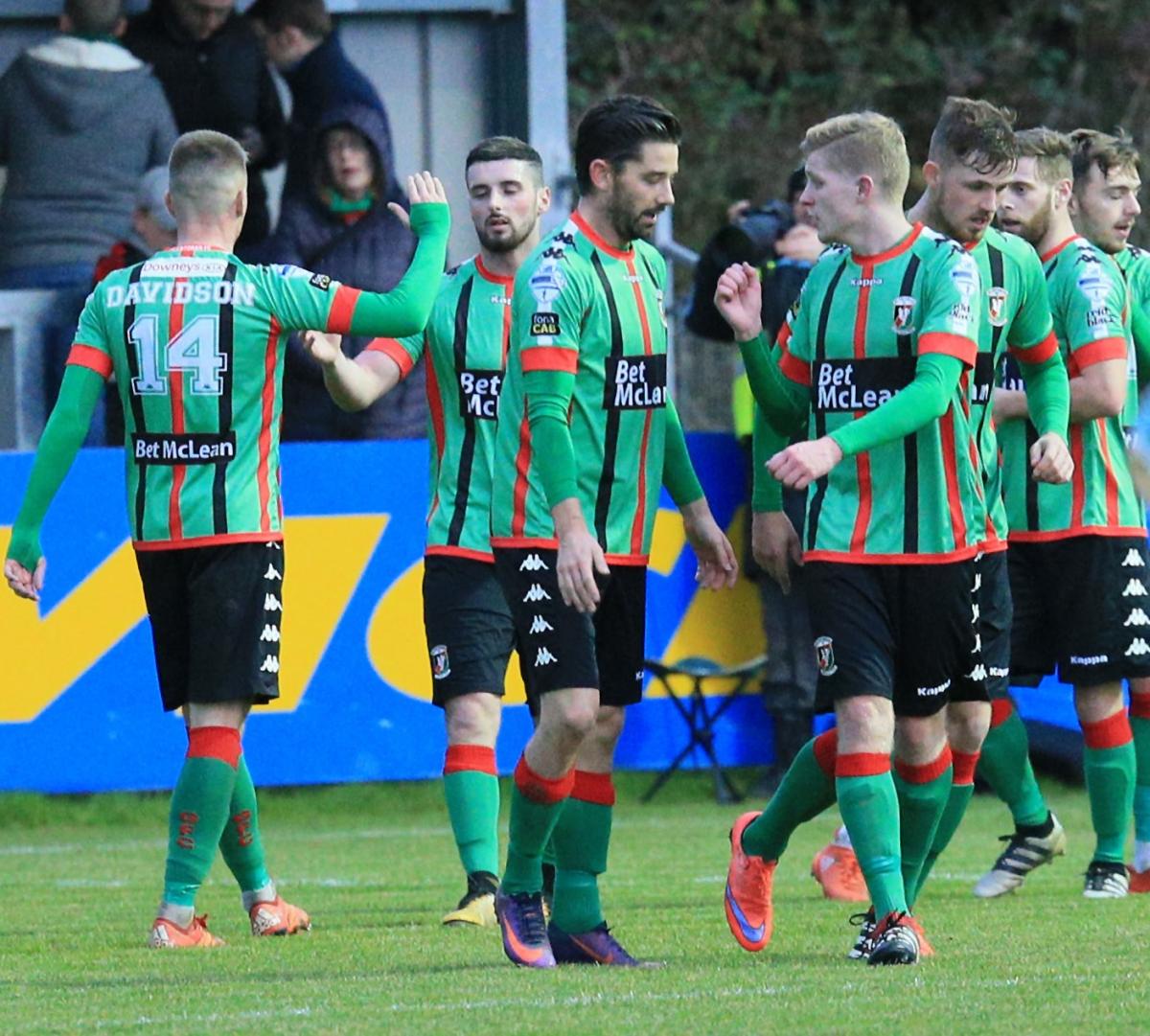 Dylan Davidson was replaced at half time by Kym Nelson, with the Glens switching to a 4-5-1 system. Warrenpoint dominated much of the second half, winning a penalty on 60 mins for a handball decision.  Elliott Morris, however, kept Darren Murray's penalty out with a low save to his right, extending his excellent form for the Glens this season.  Warrenpoint continued to push and got their breakthrough on 75 mins, Conall McGrandles converting a Darren Murray rebound off the post. Warrenpoint then scored again on 80 minutes after the ball fell loose in the box, McGrandles again with the finish. 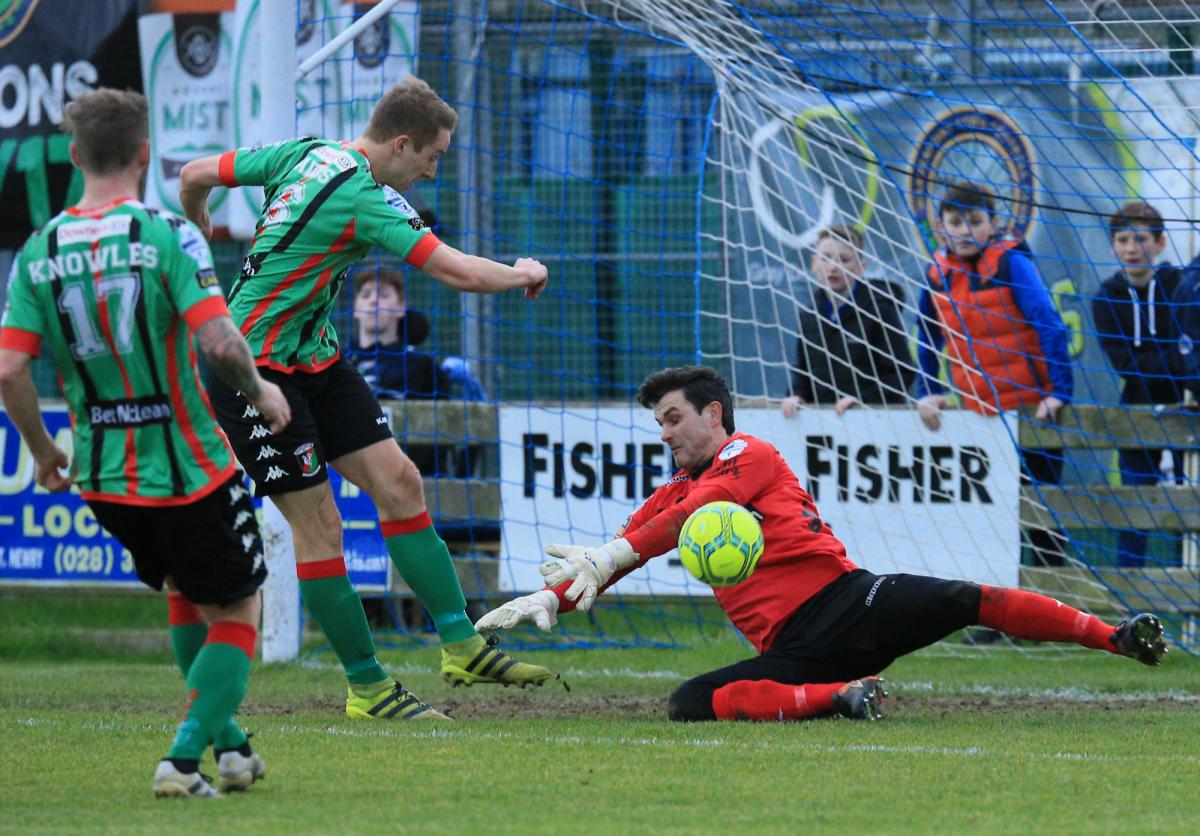 The Glens responded well and Daniel Kelly once again scored a powerful header from a corner, helping the Glens regain their lead.  Despite Warrenpoint pressure, the Glens held on for an important win, and they remain in 6th place in the League standings. 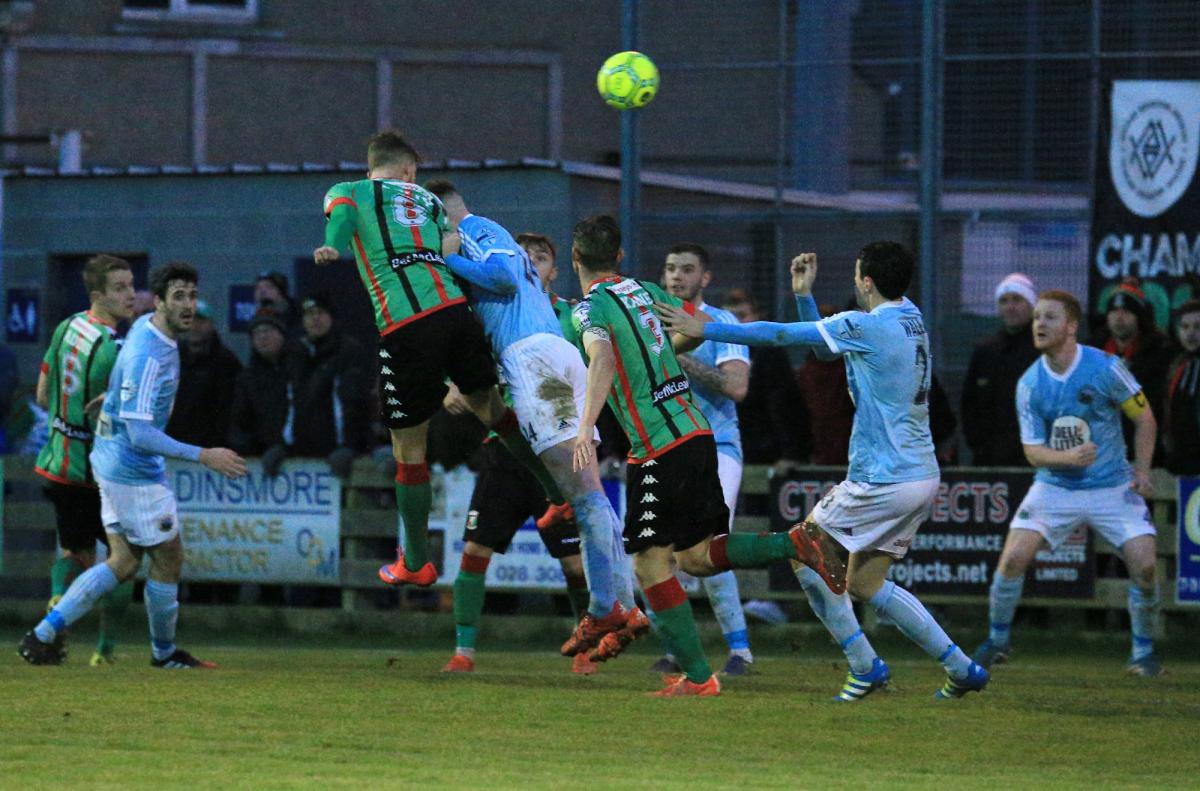 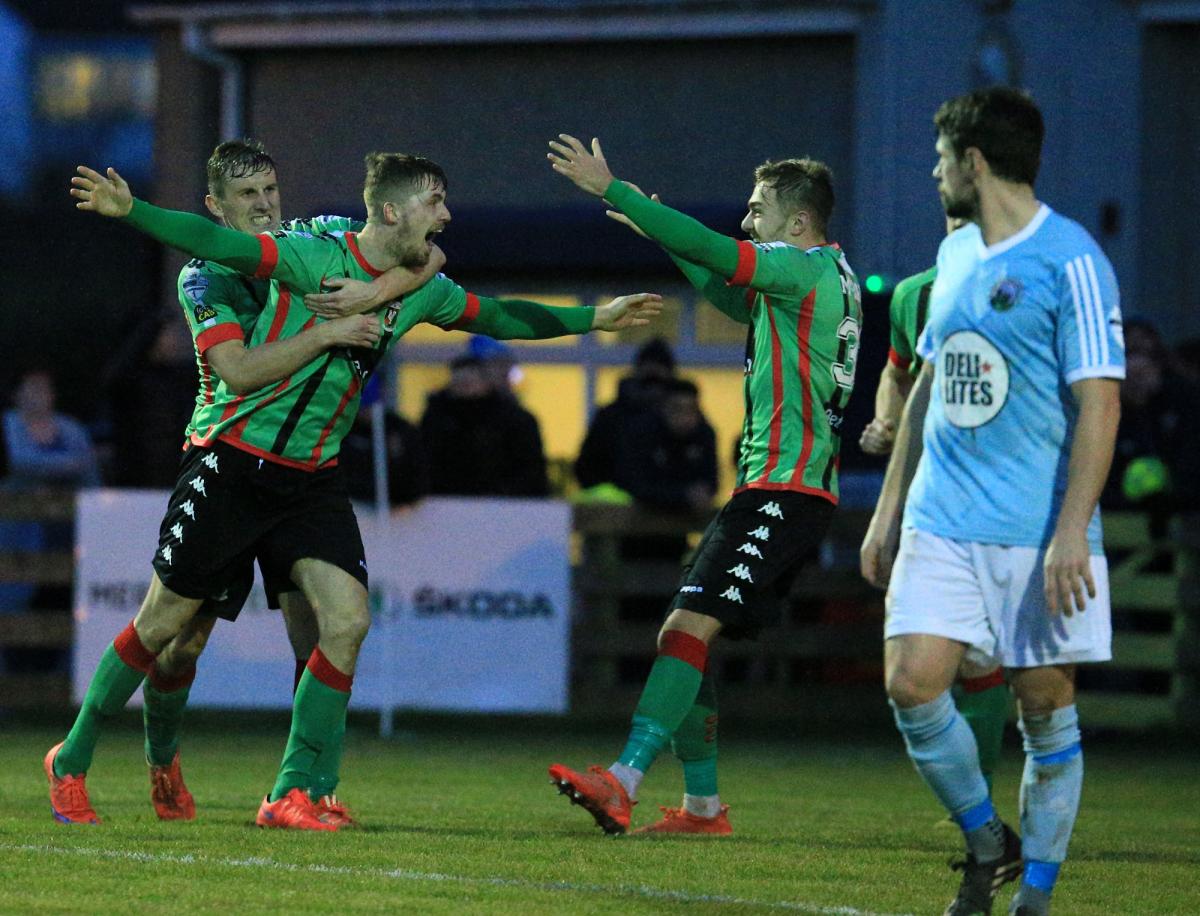