An injury time goal from Lorcan Forde gave the home side all 3 points in today's Danske Bank Premiership fixture and really Glentoran could have no complaints. Warrenpoint should have been in front at halftime and although the Glens performed better after the interval they failed to make the breakthrough and were eventually punished. 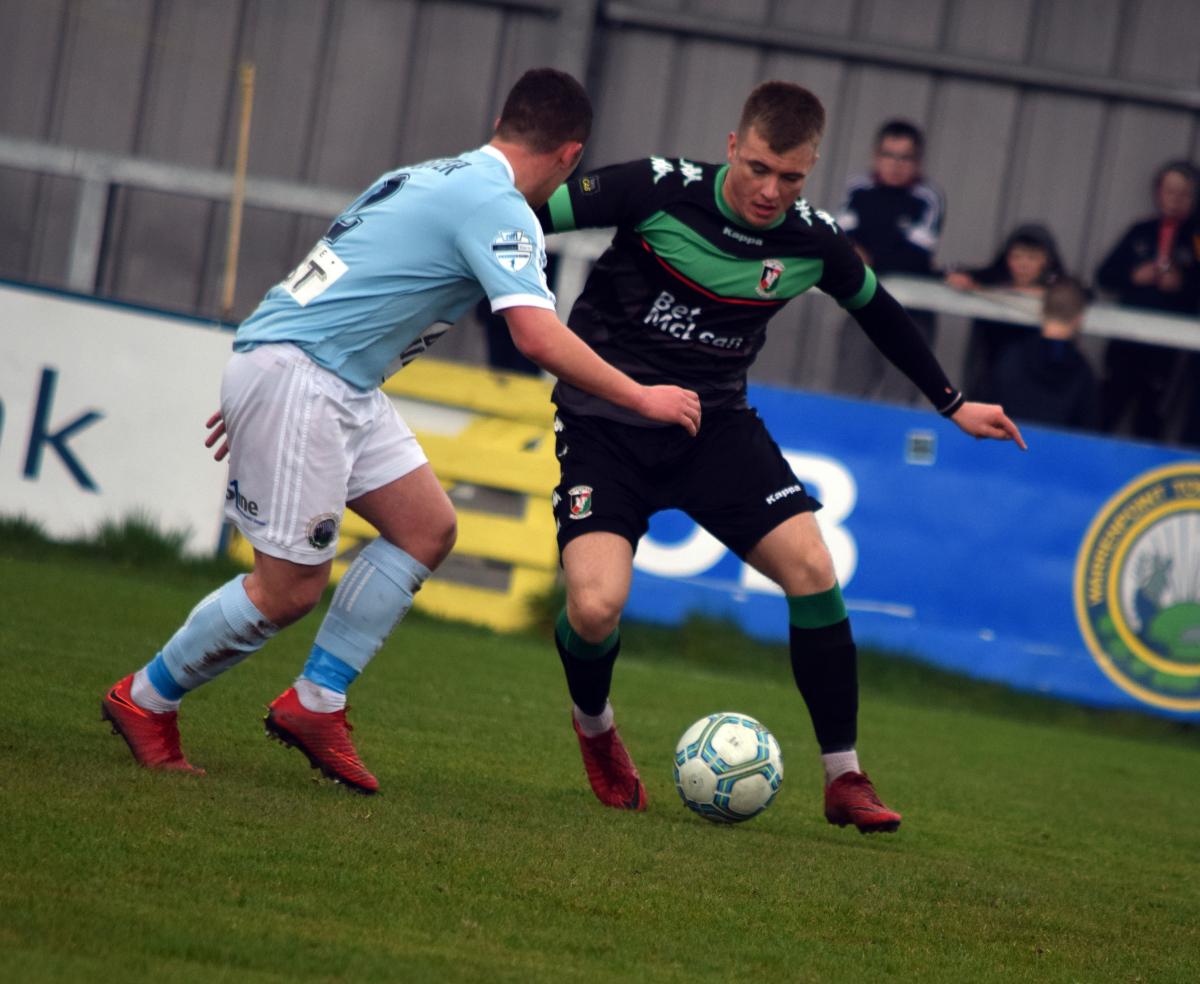 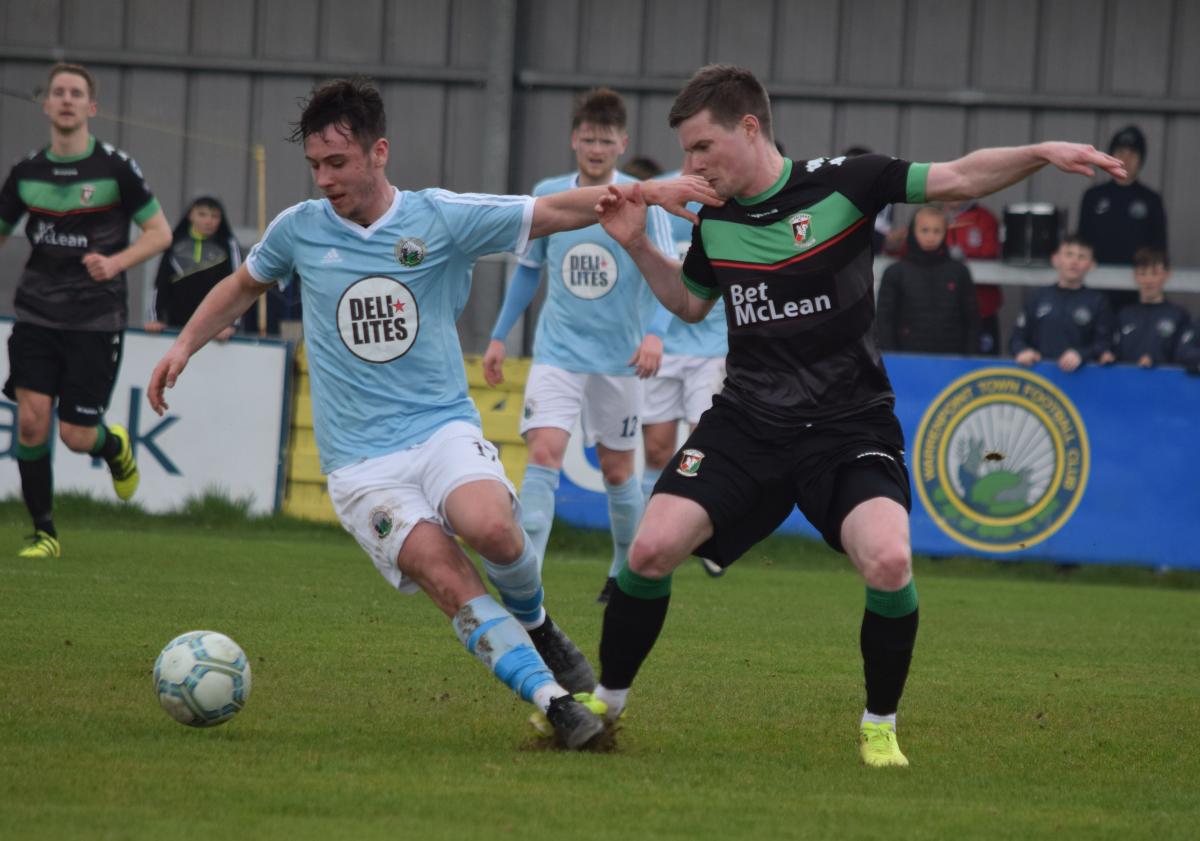 Glentoran almost had the dream start when just 30 seconds the ball broke for Robbie McDaid. The young striker, who bagged a hattrick the last time the sides met, struck the ball perfectly but Turker in the home goal produced a fine save, turning the ball away for a corner. The next two chances came the way of Warrenpoint Town. On 10 minutes a snap shot from McGrandles was straight at Elliott Morris and then 5 minutes later a mistake by Marcus Kane presented Dean Watters with a great opportunity but he failed to hit the target. The Glens were struggling to get a grip on the game at this stage, particularly in midfield and were restricted to a couple of efforts from top scorer Curtis Allen. 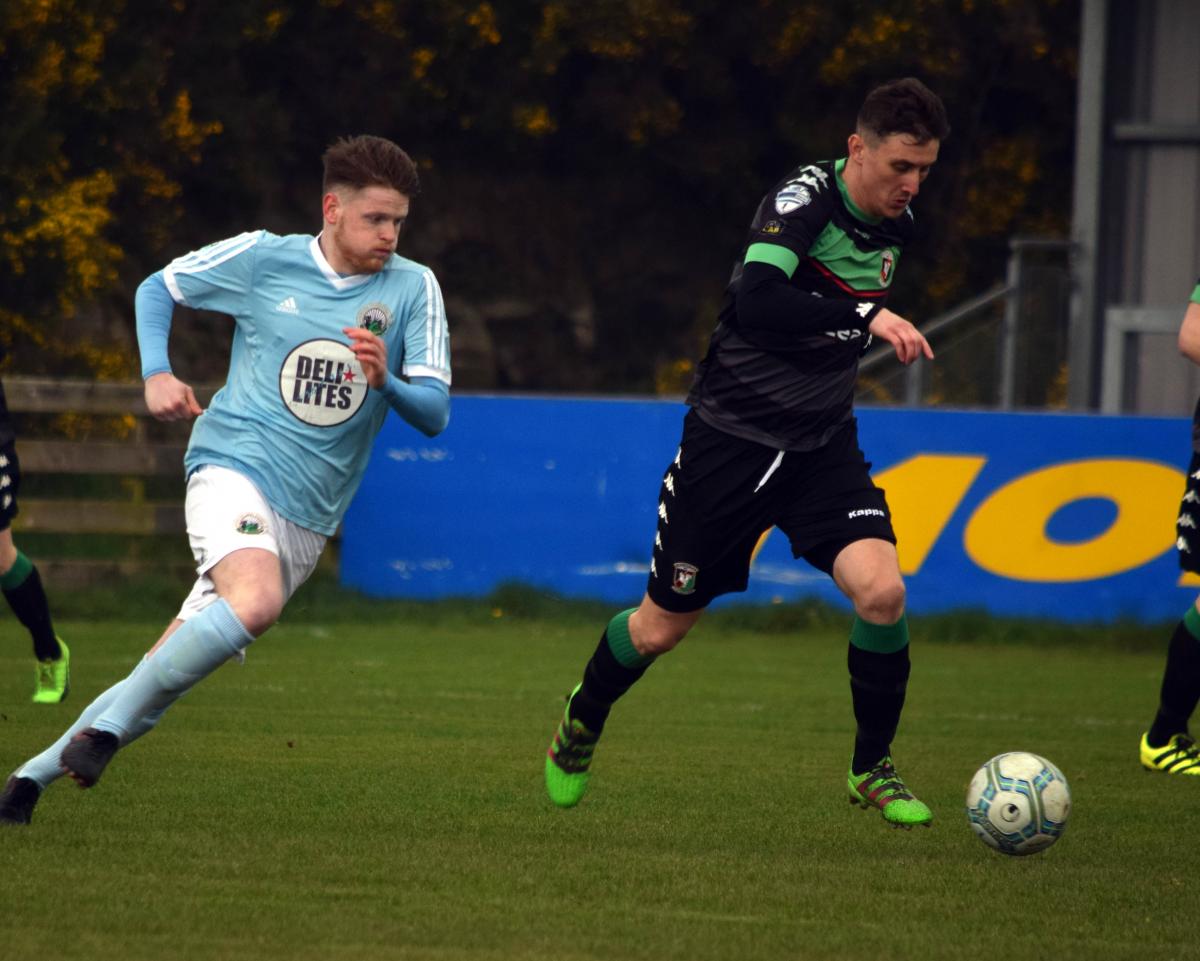 Danny Wallace and Josh Lynch both then missed chances, Wallace dragging his shot wide of the post and then Lynch firing over the bar when well placed. Just after the half hour mark the Glens went very close to breaking the deadlock. Steven Gordon's right wing cross was turned behind for a corner by Town skipper Stephen Moan. Ross Redman swung the ball into the box and Curtis Allen's header hit the post. That was the visitors' best effort of the half but 2 minutes from the break Elliott Morris made a superb double save to deny both Forde and O'Sullivan. 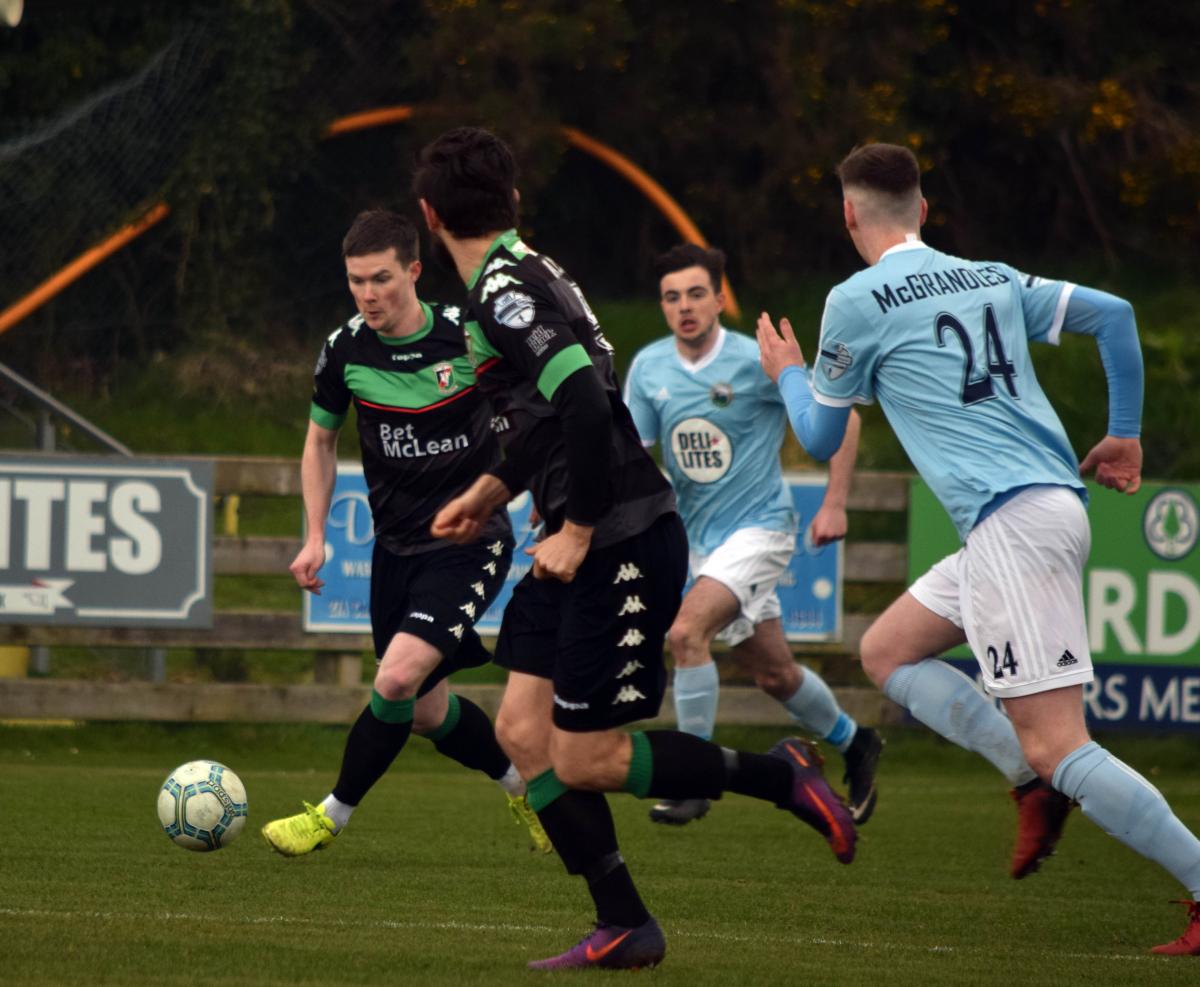 Glentoran did improve somewhat in the second half and 2 minutes in Berraat Turker was releived to see Curtis Allen's mishit shot fall into his arms. On 55 minutes a long ball from Jonny Addis found Allen. The Glentoran number 9 tried to lob the ball over the keeper but unfortunately he also cleared the crossbar. On 71 minutes came Glentoran's best chance of the game. A great run and cross from the right from Peter McMahon was met on the 6-yard line by Steven Gordon but his header flew wide with the goal gaping. With 8 minutes remaining substitute John McGuigan fed Robbie McDaid midway inside the Warrenpoint half. McDaid burst past a couple of defenders but his low drive flew narrowly wide of the post. A minute left and Allen almost grabbed the points for Glentoran when he ran on to an excellent through ball from John McGuigan and was unlucky to see his shot deflect off the keeper's legs and go behind for a corner. 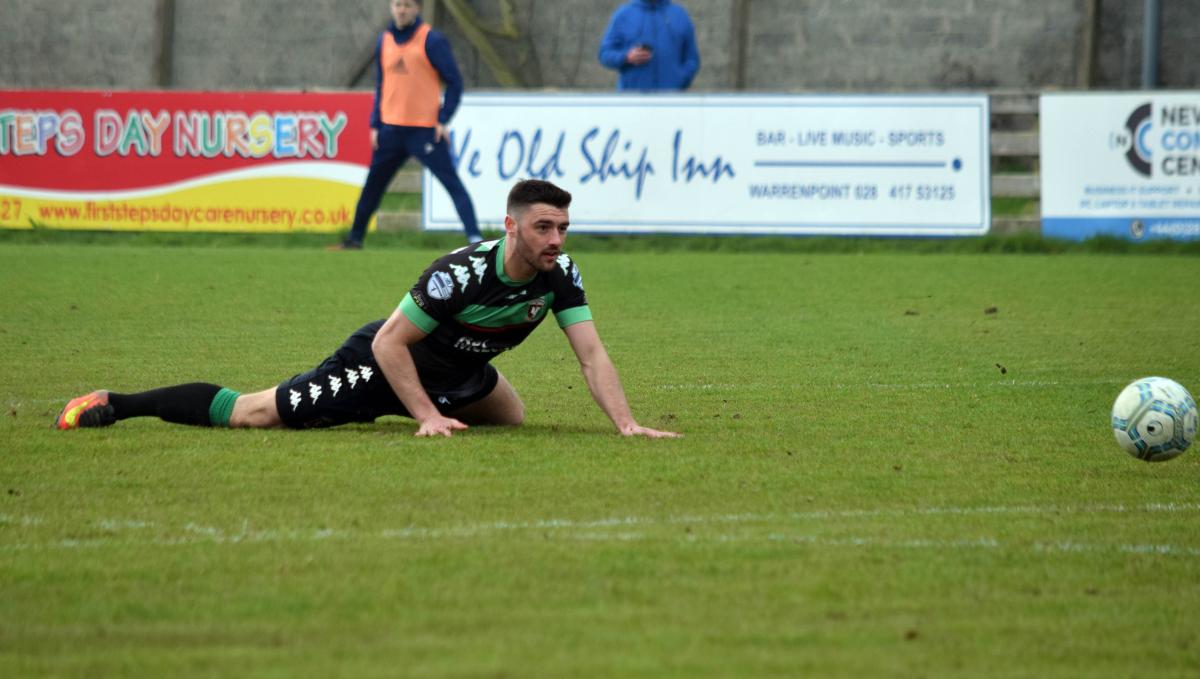 As we entered stoppage time the Glens forced a couple of corners and looked to be the side most likely to score. Not so. A long ball downfield found Lorcan Forde and he managed to elude two defenders and fire past Elliott Morris. Perhaps a draw would have been a fair result but Point will undoubtedly feel that given what happen the last time the two sides met at Milltown, this was pay back. 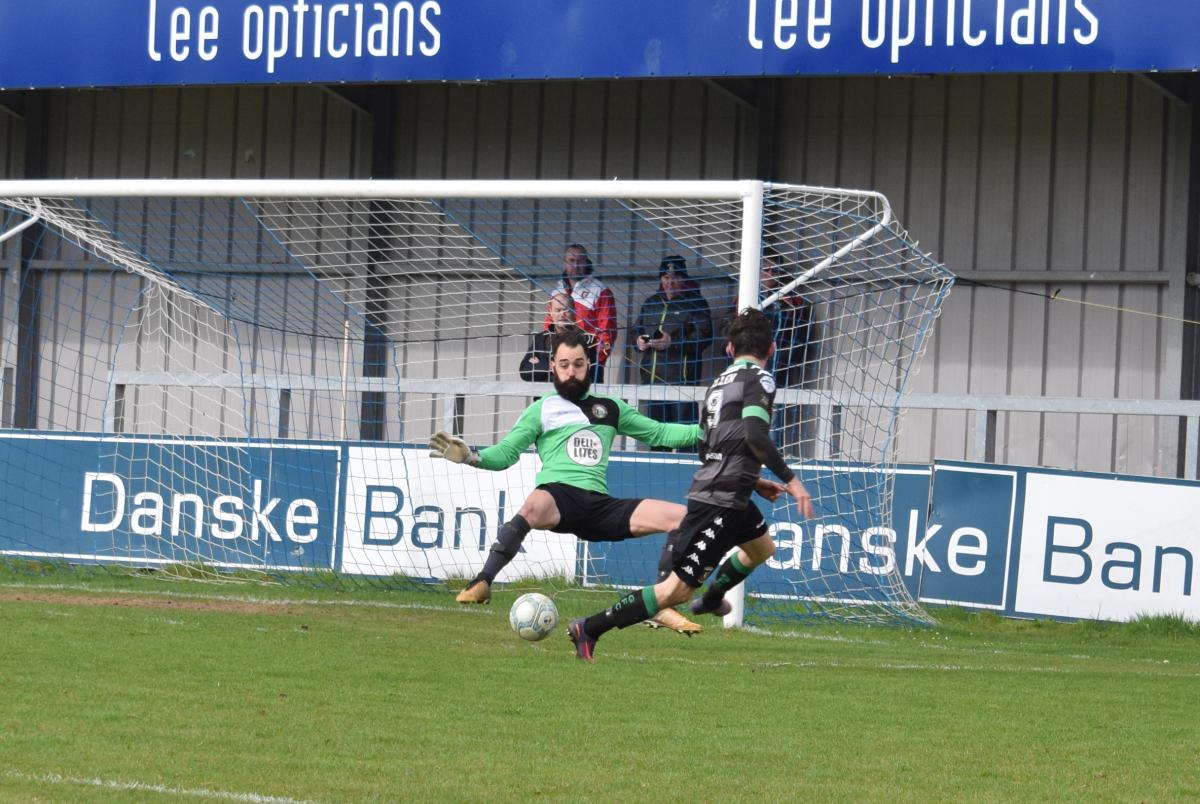