Glentoran travelled to Stangmore Park Dungannon to face Warrenpoint Town in the Danske Bank Premiership and a solitary goal from Marcus Kane early in the second half saw the Glens return to Belfast with 3 points.

The Glens started brightly against the league's new comers and Mark Miskimmin had the ball in the net in the opening minutes only to be denied a goal by the linesman's flag. On 12 minutes the visitors really should have gone in front. A break down the right saw Miskimmin cross for the lively Jim O'Hanlon. O'Hanlon's header was blocked as was his follow up shot but the ball broke to Marcus Kane who blazed over from the edge of the area. Glentoran continued to look the more likely to break the deadlock and played some nice passing football despite Warrenpoint's, at times, overly physical approach. 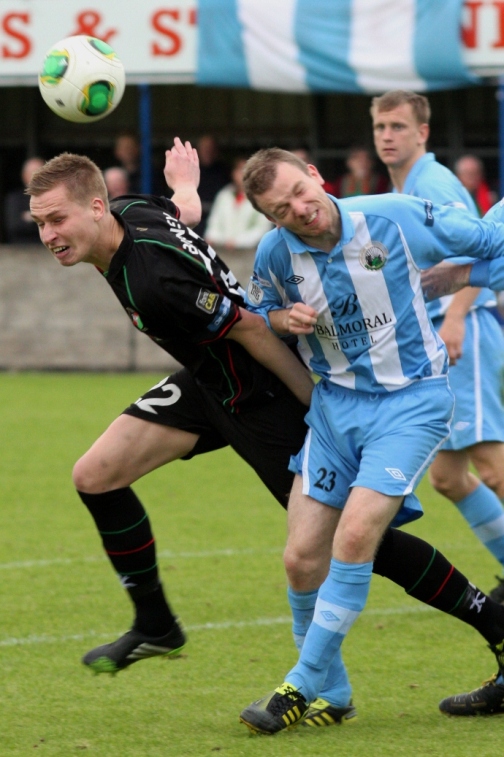 Midway through the first half Miskimmon, was set up by O'Hanlon but his effort on goal was blocked. O'Hanlon then picked the ball up on the halfway ling and went on one of his trademark mazy runs before shooting wide from the edge of the box. A late tackle from Darren King on Richard Clarke should have brought the right-back's participation in the match to an end but referee Carville, having already booked King earlier in the half chose to allow play to continue! Both sides had opportunities as the half drew to a close; Stephen Hughes shot wide of Morris' goal before Kane fired over when Miskimmin laid the ball back to him. Elliott Morris also denied Hughes again with a smart stop. 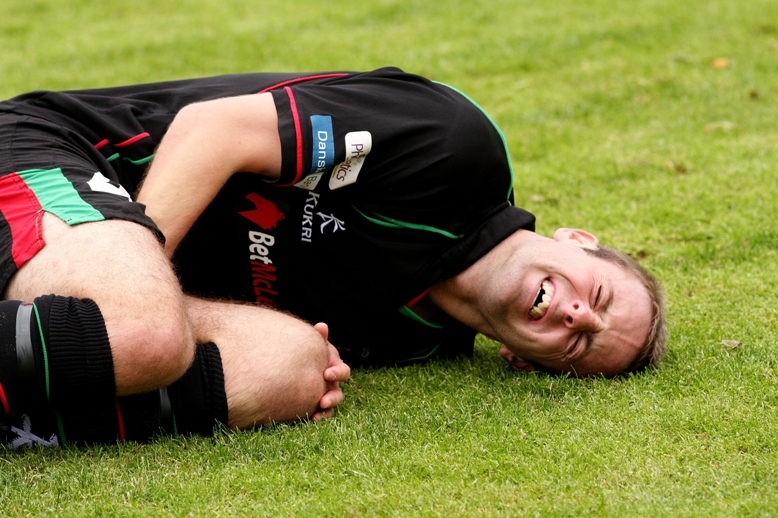 On 52 minutes Glentoran won a throw-in down near the right corner flag. Johnny Addis, who had another sound performance, hurled the ball into the danger area and Marcus Kane headed it into the top corner of the net. A long cross field pass was well controlled by Richard Clarke who picked out Jim O'Hanlon but his effort didn't trouble Parr in the Warrenpoint goal. Timothy Grant, another Town player cautioned in the first half, was fortunate to remain on the field following a rash challenge on Stephen McAlorum. Indeed McAlorum, who gave another superb display, had to go off injured just 5 minutes later. Elliott Morris twice denied Daniel Hughes as Warrenpoint went in search of an equaliser and then with just 3 minutes of the 90 remaining Mark Hughes' shot took a slight deflection, forcing the Glentoran skipper Morris to tip the ball over the crossbar. 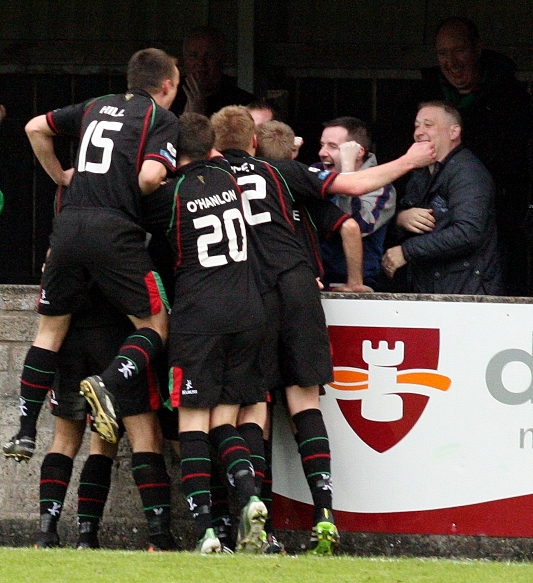 Glentoran's win lifted them into 6th place in the table with another tricky fixture next up when they travel to Coleraine next weekend.