At 6.30pm on Monday 18th May 1914, the players and officials of Glentoran Football Club set sail from Larne Harbour on an adventure the like of which one hundred years later remains unsurpassed.

The Glens, having won the Irish Cup that year, had been invited by the Austro-Hungarian FA along with Celtic (winners of the 1914 Scottish Cup) & Burnley (winners of the 1914 FA Cup) to take part in a tournament which would see the side travel to four of the most influential cities in Europe and in turn competing against some of the biggest club sides on the continent.

For almost three weeks a Glentoran side made up of caulkers, shipwrights, boilermakers, platers, and shipyard labourers took on the might of Berlin, Bratislava, Prague and Vienna, the highlights undoubtedly a 4-1 victory over the German behemoth Hertha Berlin and a 5-0 victory over the cream of Austria, a Viennese Select XI. At the final whistle of this game Glentoran were presented with the Vienna Trophy, a cup which today still takes pride of place in the Oval boardroom. 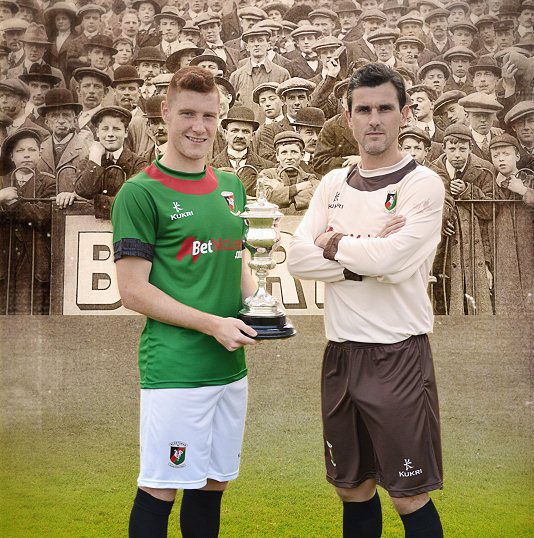 The Vienna Cup as it has become known has its own chapter in the history of Glentoran FC. 100 years ago the outbreak of WWI and the exodus of thousands of young men from the streets around the stadium in the east end of the City to the trenches of Northern France meant that the achievement was never truly celebrated……..until now.

On Saturday 1st November 2014, The Glentoran Community Trust in association with Glentoran Football Club and Belfast City Council will acknowledge the magnificent success of “The Bounding Boys of Ballymacarrett” as the club had become known at the turn of the century.

Working closely with our teamwear supplier Kukri and with the kind permission of the Glentoran Board of Directors the team will take to the field at the Oval to play Ballymena United in a specially commissioned replica kit based on the iconic shirt worn by the 1914 Glentoran Vienna Cup winning side. 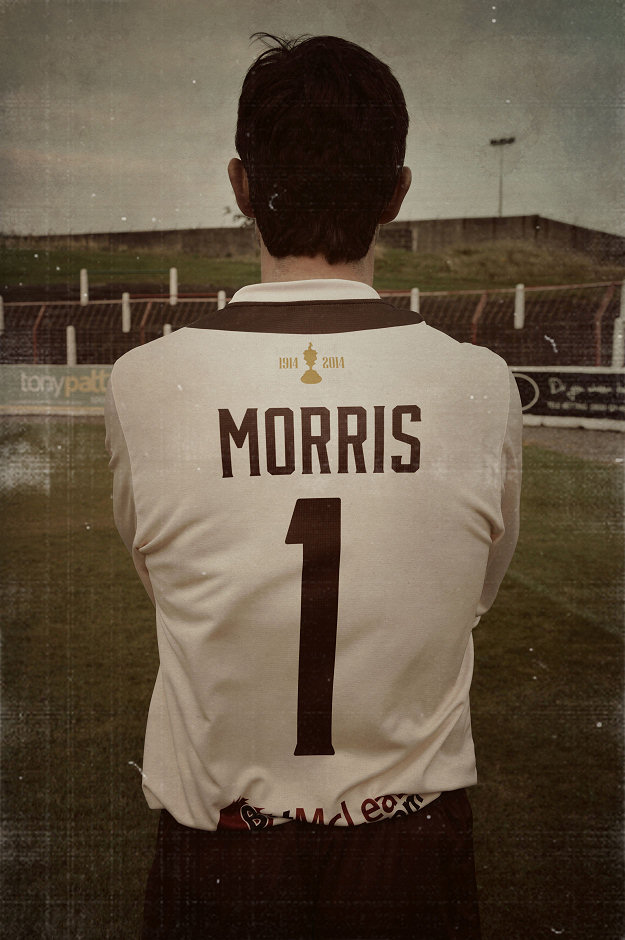 Individual supporters will have the chance to purchase one of these unique team shirts and ALSO have their name or the name of their choice incorporated onto the shirts design.

The jersey will carry an embroidered Glentoran badge alongside Vienna Cup commemorative artwork (as can be viewed on the images below).

No replicas will ever be made and this shirt will only be worn once. Once names are submitted by supporters an open draw will be made to see which name takes to the field with which player on the day.

The players shirts are available to purchase at £100 each (£90 for current members of the Glentoran Community Trust) by contacting our GCT commercial director, Ronnie Hoy via e-mail ronniehoy65@yahoo.com or ronaldhoy@btinternet.com or via mobile 07725211668 . Alternatively you can contact us by private message on our facebook page or through the contact us section of our website www.gctni.com

If you wish to acquire one of the two totally unique sepia toned goalkeepers shirts please specify this requirement. 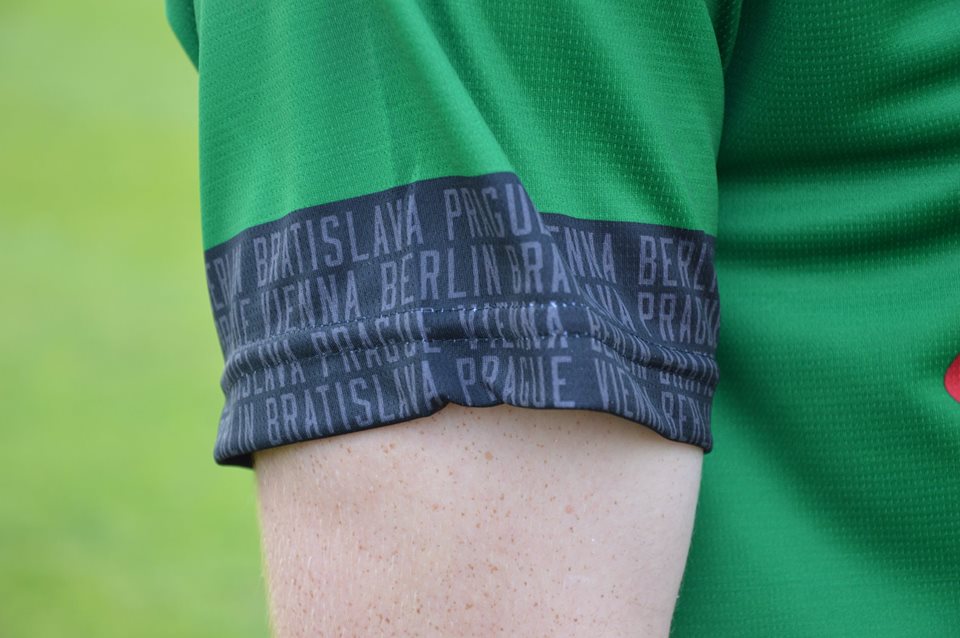 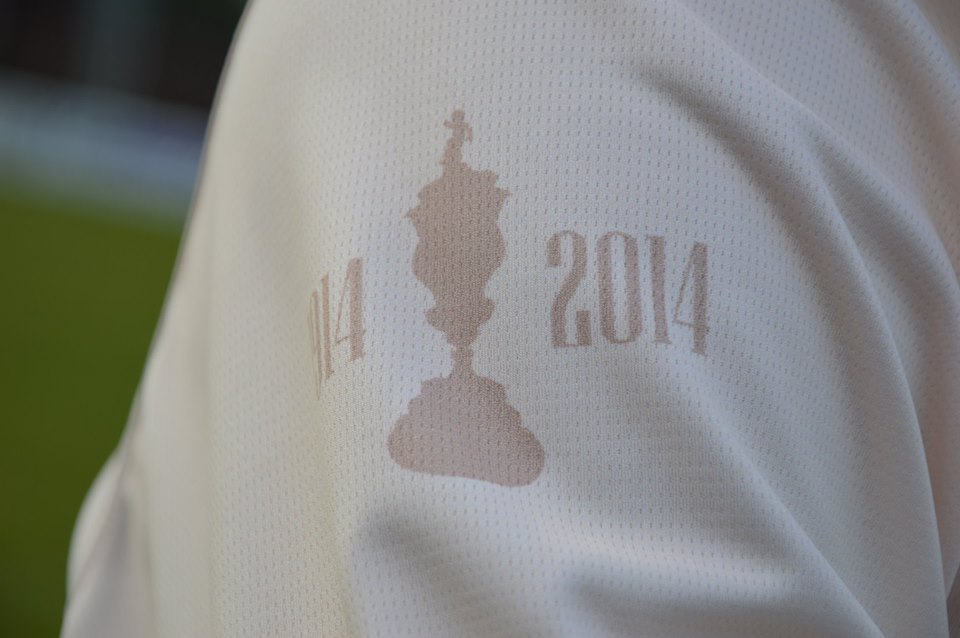 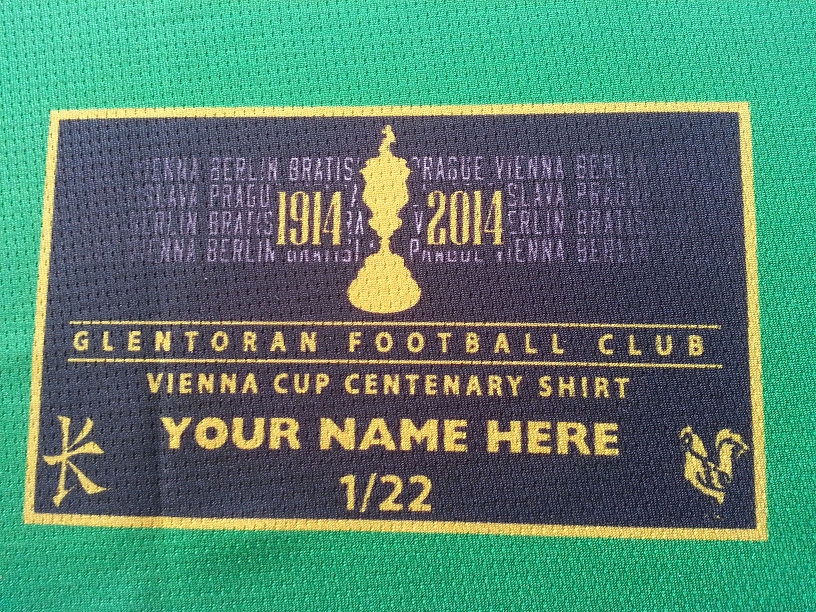