Glentoran’s unbeaten run came to an end against Portadown as second half goals from Gary Twigg and Darren Murray gave Portadown all three points.  The Glens were without the suspended Jordan Stewart and Jonathan Addis dropped to the bench with Richard Clarke and Jimmy Callacher being brought into the starting XI by Eddie Patterson.

The Glens had the better of an insipid first half hour, with David Scullion capitalising on a mistake in the Portadown defence after fifteen minutes, only to hit his shot straight at goalkeeper David Miskelly, and Richard Clarke going close with a couple of long range efforts.  Elliott Morris, who was making his 517th appearance for the Glens to equal Alan Paterson’s record for a goalkeeper, was handling superbly and was able to snuff out any threat from crosses.  Indeed he wasn’t forced into any significant save until the 37th minute when Ryan McStay cut in from the left and fired a shot from the edge of the box which was comfortably saved by the Glentoran skipper.  Shortly afterwards the game started to liven up as a great cross from Scullion just evaded Mark Miskimmin and at the other end Darren Murray poked a great chance just wide after being played in by Peter McMahon. 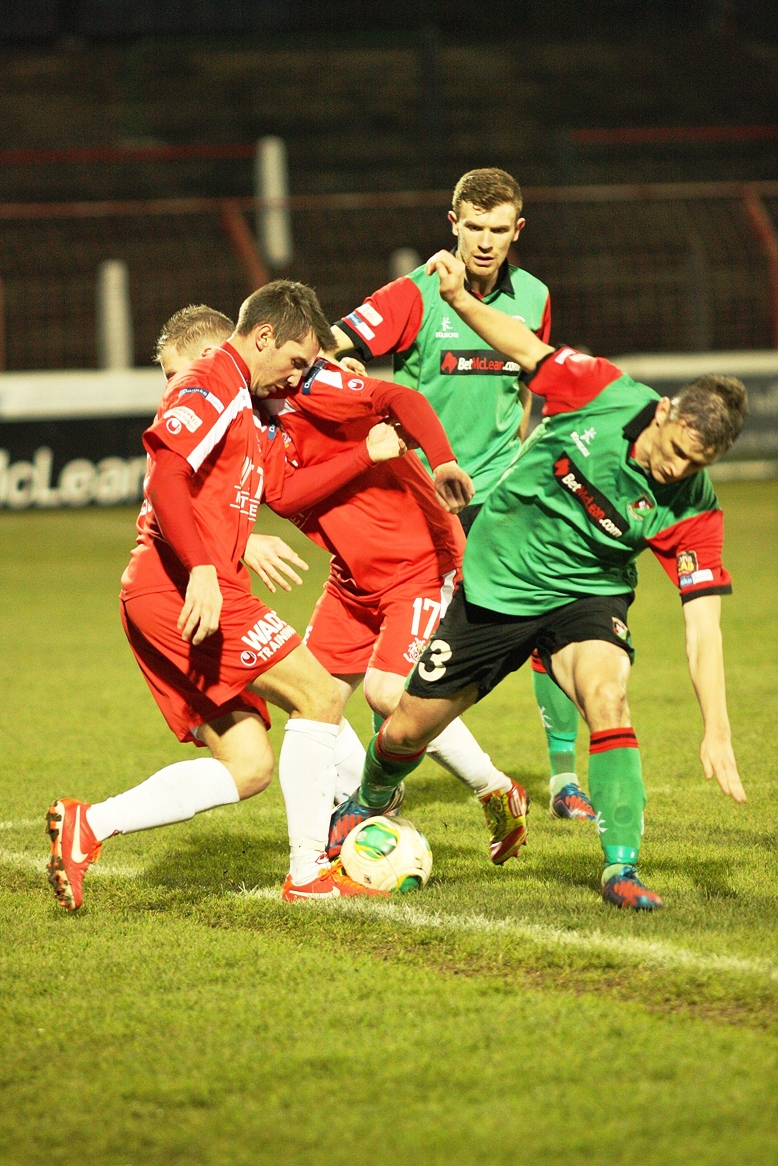 Eddie Patterson made two changes at half time with Kevin Bradley and Jim O’Hanlon coming on to replace Ryan O’Neill and Mark Miskimmin.  However it was Portadown who made by far the brighter start to the second half and with 52 minutes on the clock took a deserved lead.  The Glens lost possession in midfield from where half time substitute Sean Mackle swept the ball out to right back Chris Casement.  His dangerous cross into the box saw Portadown captain Gary Twigg nip in front of Jay Magee to slide the ball home.  The visitors were well on top at this stage and there was almost disaster for the Glens after 64 minutes.  Magee came to meet a Portadown free kick from the right but could only succeed in heading it back towards his own goal with Morris stranded.  The ball looked to be heading into the empty goal but Jimmy Callacher managed to get back and clear acrobatically off the line with the help of the upright.

Portadown continued to press and Twigg had an effort from a corner blocked by his own player on 69 minutes.  The Glens were creating little and Patterson tried to shake things up by replacing Mark Clarke with Stephen McAlorum with 15 minutes left.  The ploy almost worked as the substitute’s astute pass on 82 minutes found David Scullion free in the Portadown box but the winger’s powerful left foot drive came crashing back off the post.  This proved to be the Glens’ last chance as just a couple of minutes later the visitors doubled their lead.  A mazy run and low shot from Joshua Barton brought a superb diving save from Morris down to his right.  From the resulting corner Jimmy Callacher handled as he attempted to clear and referee Arnold Hunter had no hesitation in pointing to the spot.  Darren Murray stepped to take the kick which was well saved by Morris but the Portadown number 9 followed up to put away the rebound.  There was little time left for the Glens to recover and indeed the visitors could have extended their lead, Mackle driving a good chance straight at Morris in the dying minutes.

So the Glens’ unbeaten run which stretched back to September finally comes to an end but fans, players and coaches will be hopeful that things get back on track as Warrenpoint Town make their first ever visit to the Oval on Saturday. 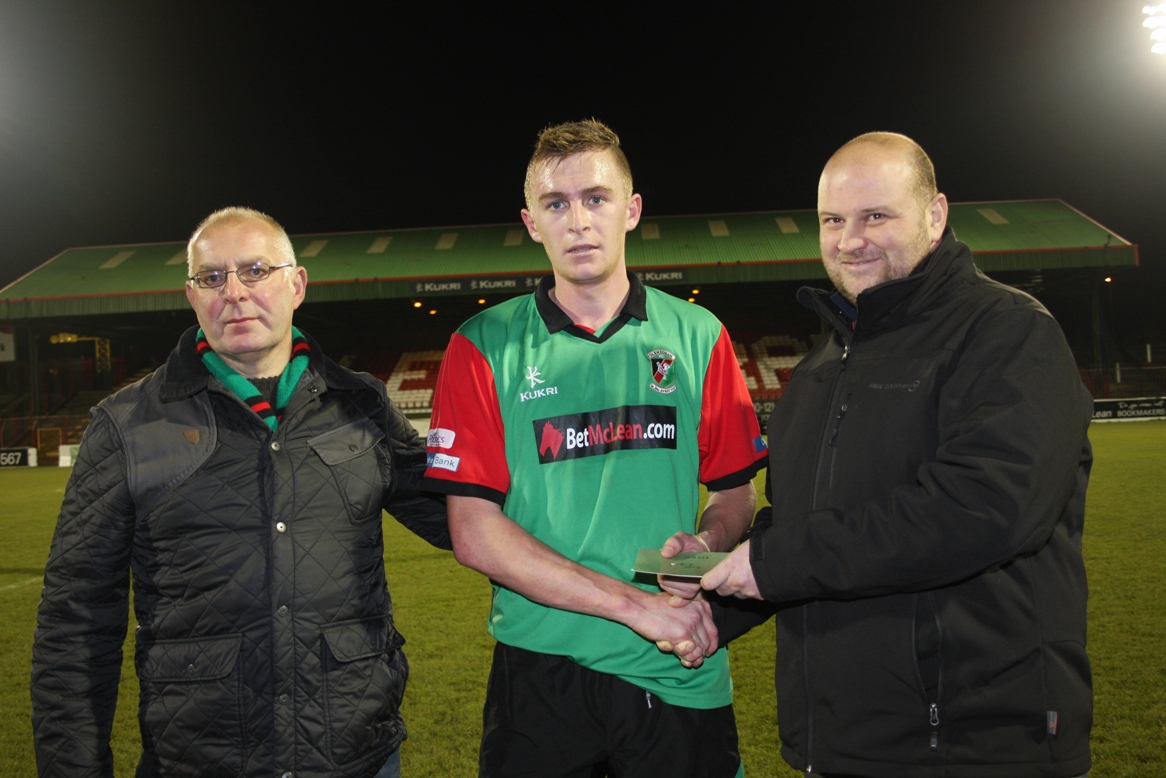