Kick off was put back by five minutes because of the queues still up Parkgate Drive to get into the ground such was the level of interest in this quarter-final, with the success of both sides' seasons effectively resting on those 90 minutes. Indeed, Glentoran started brightly as Jim O'Hanlon raced through on goal but, instead of passing it to the waiting David Scullion or Curtis Allen, opted to weakly side-foot it into the goalkeepers' grateful gloves. A minute later and the same player showed tremendous tenacity to trouble Kris Lindsay but he fired his effort inches wide of James McGrath's right hand post.

As the clock neared the 20 minute mark Glentoran were firmly in control and replicating some of the fantastic football that saw them run out 3-0 winners against Ballymena United at the Oval on Friday night. David Scullion, deployed in a deeper role, picked up the ball and delicately danced through challenge after challenge but the former Coleraine star blazed his effort miles over when he really should've done better. However, in a reminder of the threat posed by Glenavon's immense attacking options, Andy McGrory flicked a header goalwards and Elliott Morris - not for the only time in the game - had to be alert to make a superb save.

It was a relatively quiet first half in terms of clear cut chances but as the injury time board went up the Glens won a penalty and a chance to go to at the break in front. Scullion played the ball through to Jordan Stewart who skilfully skipped past McGrath only to be upended by the Glenavon shot-stopper and Raymond Crangle had no hesitation in awarding a spot-kick and, rather fortunately for McGrath, issuing just a yellow card. Jay Magee, still yet to miss a competitive penalty for the east Belfast outfit, stepped up and blasted an unstoppable strike into the corner to the delight of the home support. 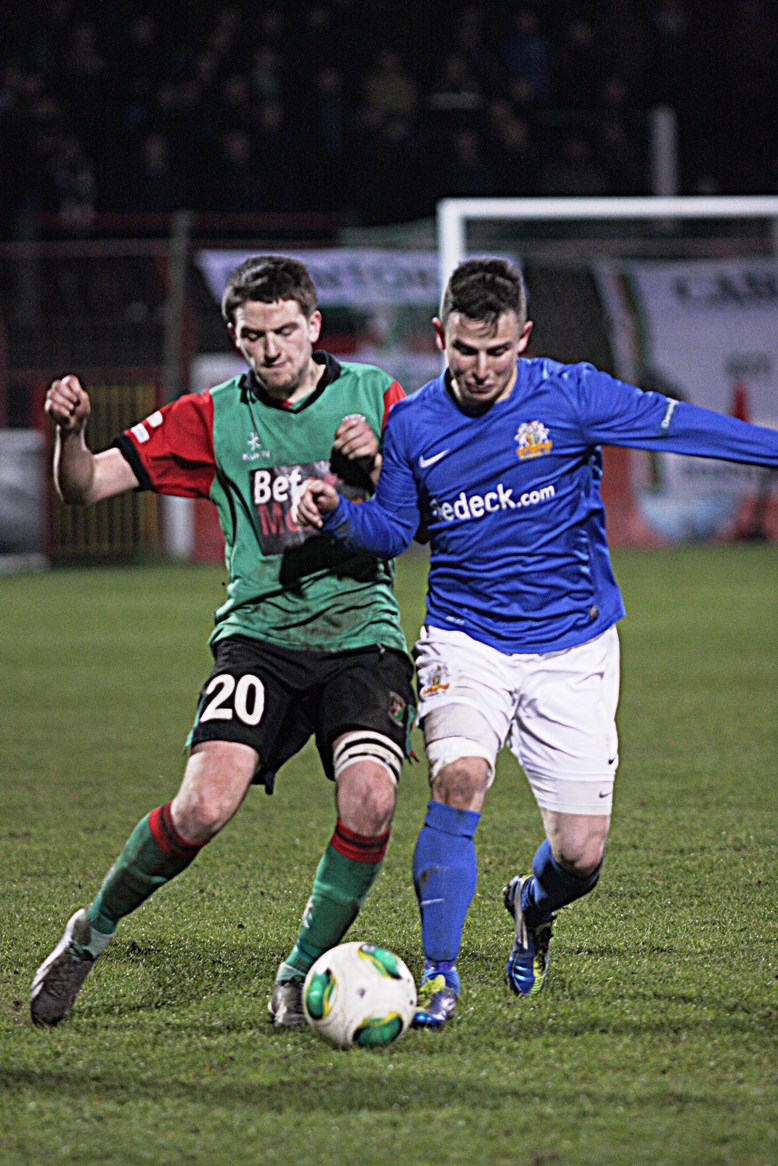 The second half proved to be a much more appealing affair with O'Hanlon setting the tone on 54 minutes after Kevin Bradley's cross found the winger who glanced his header inches wide of the upright. It was a tense 45 minutes for Glenmen as Glenavon slowly but surely exerted their influence on the game more and more as the clock ticked on. Stewart was played through by Stephen McAlorum but placed his effort wide of the upright, and that was about it for the Glens' attacking threat as the Lurgan Blues began to dominate, throwing literally everything at the City End goal.

With 15 minutes left substitute Gary Hamilton chanced his arm with a sneaky snapshot that was repelled by a combination of Morris' chest and the defence, and ten minutes later the former Glens star struck a similarly troublesome effort goalwards and only an unbelievable low dive from Morris managed to turn the ball beyond the post. That proved to be the first of three sublime stops as lightening fast reactions denied McGrory's close range volley from going in, before Hamilton forced an exquisite save as the Glentoran skipper clawed an excellent effort away from the jaws of the top corner. Had it not been for the spectacular showings of Jonny Addis, Magee and Morris it's unlikely that the home side would've held out for so long.

Unfortunately, it was all Glenavon at this point and the Glens were all over the place. So, on 88 minutes - just as Glenmen and women looked forward to the semi-final with Crusaders in April at Windsor Park - the Lurgan Blues equalised. Former Linfield defender Lindsay rose highest to nod home a Hamilton corner and send the away support into rapturous relief, with their counterparts standing shocked at the late leveller. The home side tried to reply immediately but Allen dragged his effort well wide before, on 90 minutes, Guy Bates collected a Rhys Marshall cross and was given far too much space to take a touch, compose himself and roll the ball into the bottom corner. 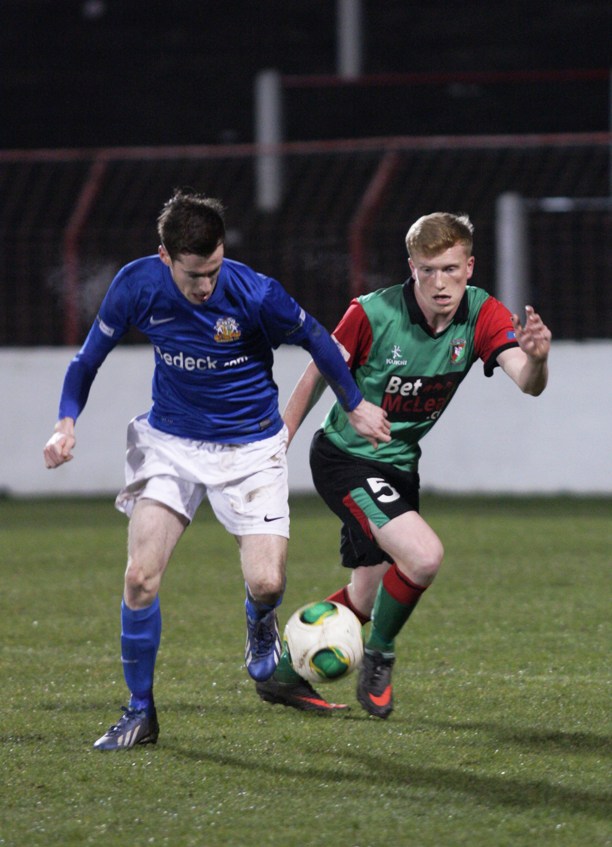 It's probably the worst way to lose a football game but you'd have a tough job trying to argue that Glenavon didn't deserve it. They'd created the better opportunities for most of the game despite Glentoran's early pressure, but to essentially snatch defeat from the jaws of victory is truly crushing. The four minutes of injury time ticked ominously on and the final whistle went to compound the Glens' worst fears. The holders are out and the chances of a European adventure for this year seemingly going with it. Next up is a trip to Ballinamallard on Saturday as Patterson's side look to push on in the league and finish as high as possible, with third position and a Europa League spot not impossible to achieve.