Catching up with Patrick McClean isn’t the easiest of tasks as a few Irish League forwards have found recently. After a couple of false starts the man himself got in touch just before this week’s biggest training session.

Admittedly it was the end of a busy few days for the young central defender after signing a new two year full-time deal, telling the world he was about to become a father and starring at both ends of the park against Larne in a game when he could have scored a hat-trick.

His elegant chest trap and bicycle kick late winner was preceded by an audacious rasping forty-yard screamer that Conor Devlin only tipped away at the last minute and a terrific six-yard box header dealt with in the same fashion.

On top of that Paddy, who turns 23 next month, also fitted in a quick visit home to Derry, a night out with his team mates, was in demand by the media and almost ended up on a radio podcast for the Beeb alongside manager Mick McDermott.

“I had no hesitation in signing the new deal. The club have been great to me since I arrived and it’s the happiest I’ve been in football for a while. It also gives me a bit more security although I’m not overly concerned about the money side of the game, I just want to play,” he said. 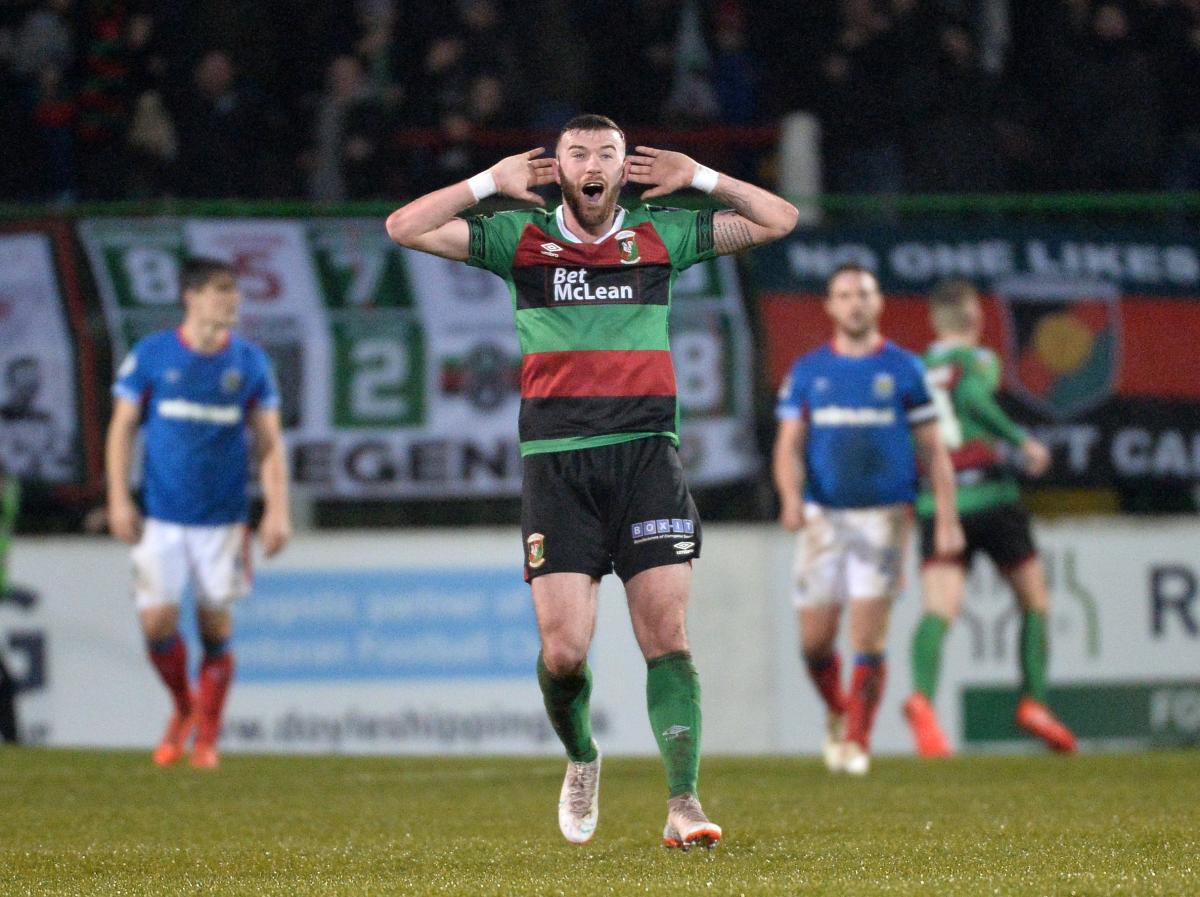 Paddy revealed that Gavin Peers had a hand in him signing for the Glens. “He had been sending me a few texts. We had played against each other a few times and even though we both played for Sligo and Derry in recent years we never played together, I seemed to replace him at both clubs.

“I’d been training at Cliftonville after leaving Derry but they had offered me nothing when the Glens got in touch with a deal, so it was a bit of a no-brainer,” he added.

Now the boy from Derry’s Creggan is trying to come to terms with becoming one of the unlikeliest cult heroes in east Belfast. “I never for a moment thought that would happen,” Paddy said.

He makes no bones about the fact that given the nature of our fractured society his parents, Patrick senior and Shauna, were a little worried when he told them of the Glens interest.

“Before I settled in Belfast, my Dad was driving me up and down from Derry and he met everyone around the club and saw how well the club was treating me so that eased their concerns, Paddy added.

“I wasn’t hesitant about the move, I only want to play football and like most young players I would love to play at the highest standard I can. That’s the dream.”

Now his Dad has been to see him play for the Glens a few times but doesn’t always stay to the end. “He is a football fan but to be honest he would rather sit in the house and Manchester United on the television.”

Paddy admits some of his non-football mates from home also gave him a bit of stick about signing for the Glens but they were surprised to hear how well he has settled and been treated.

His football mates never had any doubts about how things would work out with a few of them giving him some pointers about the club and the league. He’s also looking forward to welcoming to Belfast one of his big mates, former Coleraine and current Derry City midfielder Ciaran Harkin, now that the Airtricity League season is almost over.

In his short career he has already captained Waterford in the Airtricity League’s lower tier at the ripe old age of 20 as well as those spells at Sligo Rovers and his hometown club.

“At Waterford our captain left us and as I was vice captain, from up here and loud I got the job. I shout at people, it has to be done hasn’t it? he said.

And Paddy admits he hates losing. “I can’t enjoy myself for days after a defeat. After the Crusaders game you couldn’t look at me for the rest of the weekend,” he added. 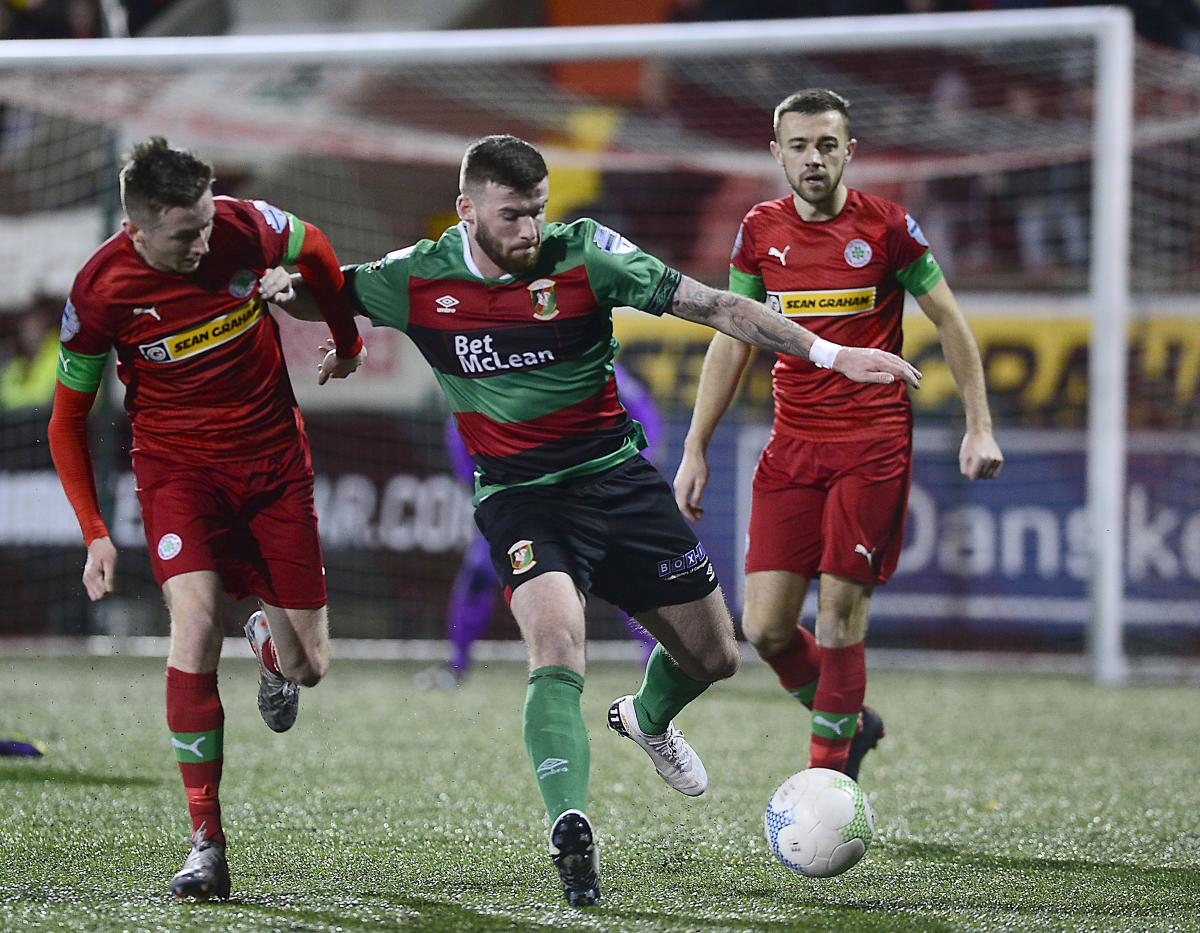 He left Derry after suffering a grade three tear on his quad muscle. “The club had a lot of injuries at the time and they were maybe trying too hard to get me back. I was pushing myself as well because I wanted to play but I kept breaking down. In the end I felt as if I just had to get away from City for a fresh start elsewhere.”

Now his big brother James is in touch after games. “He’s asking me how I got on and telling me how things are with him. He gives me advice at times but the way things are at Stoke City at the moment maybe I should be giving him the advice. Seriously though, he’s always telling me never to get too high or get too low about things on the park,” Paddy said.

Meanwhile he has been adjusting to life in Belfast and finding his feet in the Danske Bank Premiership “There’s a big difference in the game in the Airtricity League and up here. I noticed it even when I was training at Cliftonville. I’d just received the ball one night when I looked up and saw four boys running at me.

“There’s no question that the game up here is a lot faster. Down south things are maybe more technical,” he added.

On one of the big subjects of the week Paddy says he would like to see an all-Ireland league. “However, I can understand why a lot of people up here might not want to see its introduction,” he said. 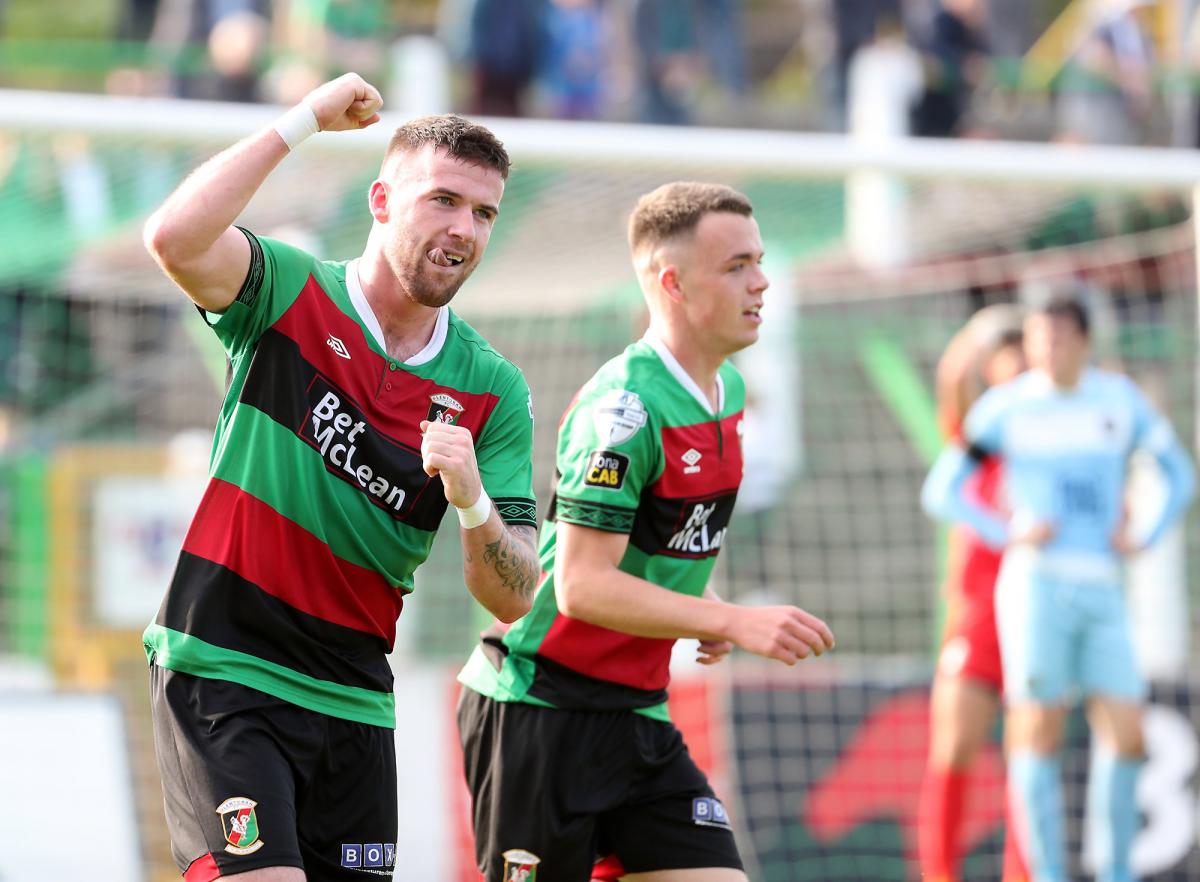 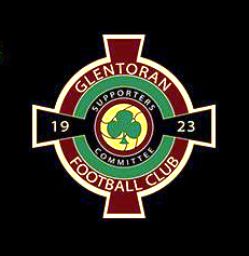