It looks like Glentoran participation in this season's Setanta Sports Cup will be short lived following a 5-1 defeat to Shamrock Rovers in Tallaght.

Conditions were horrendous with gale force winds and driving rain hampering both sides. The Glens, with the wind behind them, fell behind after just 7 minutes. A high ball into the area hung in the wind and was eventually played to Robert Bayly who smashed it past Elliott Morris from 12 yards. 2 minutes later it could have been 2-0 but Gary McCabe blasted wide with the goal at his mercy. McCabe whipped in a great cross on 20 minutes with Ciaran Gilduff just failing to get a touch at the back post.

On 23 minutes Glentoran drew level. David Scullion did really well on the edge of the area before finding John McGuigan. McGuigan controlled the ball before turning and firing past Barry Murphy with the aid of a deflection. Stephen McAlorum amost made it 2-1 a minute later but his 30 yard drive was turned around the post for a corner. McAlorum in-swinging corner just eluded Johnny Addis who would surely have scored if he'd made contact. As the interval approached McAlorum and McGuigan combined to set up Scullion but his curling shot was deflected for a corner. 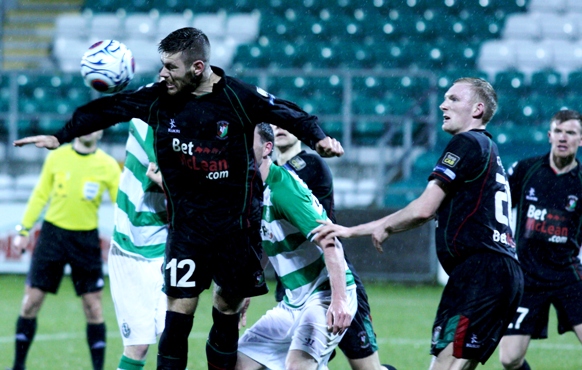 Glentoran knew they'd be up against it in the second half but after efforts from McCabe and O'Connor flew wide of the target it was the Glens who should have nosed in front. A superb right wing cross from Stevie Gordon found Mark Miskimmin at the back post but the striker’s header went wide when he really should have scored. 3 minutes later, just past the hour mark, Rovers went in front. A 25 yard shot from Kieran Waters took a wicked deflection and looped over the helpless Morris in the Glentoran goal. A long free kick from Addis found Gordon on 72 minutes but his effort was off target.

Shamrock Rovers went 3-1 ahead with an exquisite 20 yard free kick from substitute Stephen McPhail; the former Leeds Utd player clearing the defensive wall and finding the top corner. With 10 minutes remaining it was 4-1. Gary McCabe scored it but it was harsh on Glentoran with the lineman incorrectly awarding Rovers a throw in. The ball was played down the line where Stevie Gordon appeared to be fouled. Referee Doyle allowed play to continue and McCabe netted. In the 94th minute Simon Madden added a fifth. 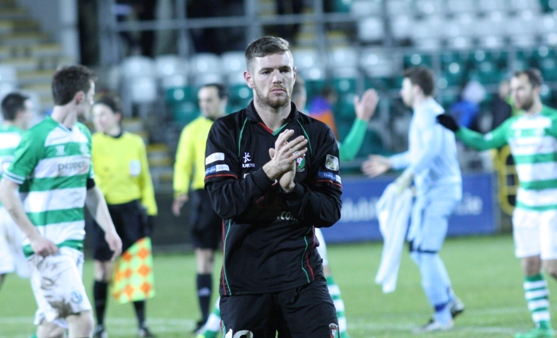