Second Manager of the Month Award for Mick

Mick McDermott has been named Manager of the Month for December by the Northern Ireland Football Writers’ Association, for the second month in a row.,

On presenting the award, Stuart McKinlay, Chairman of NIFWA, said: “Mick McDermott has transformed Glentoran into genuine title contenders in his short time at the Oval and a stunning record last month - including the eye-catching 3-0 win over champions Linfield on Boxing Day - earned him the award”

Mick himself said: “If it was up to me, I probably would have given it to Paddy McLaughlin for the job he did at Cliftonville. It’s people like Paddy that drive us on to make sure we are better every single week.

Some of the matches we have been involved in have been absolutely brilliant and for the supporters, winning 3-0 against Linfield on Boxing Day was massive. Any derby is always massive but after losing late on at Windsor earlier in the season, we believed we could win the game. It’s always good to beat your rivals but the way the league is going this season, we are all main rivals and it’s brilliant.

I’m delighted that players are being talked about the way they are and winning this award is down to their hard work and efforts.”

During December we played five games, winning three and drawing two, continued the run that has now seen us lose just one game in our last seventeen and continue to build our current fourteen game unbeaten league run. 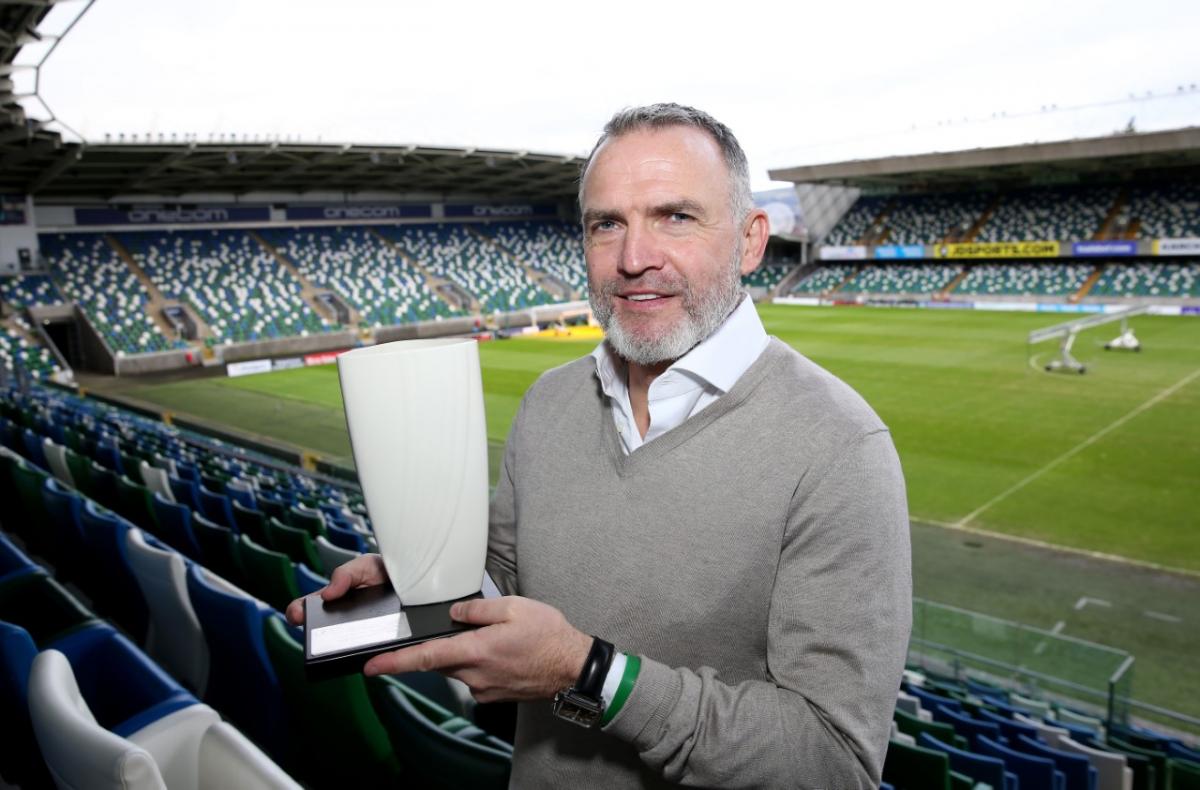