Glentoran travelled to Portadown following two defeats and a draw in their last three Danske Bank Premiership outings. It was, as usual, a feisty affair with both sides showing a lot of determination and effort but without any end product in an evenly contested first half. Braniff and McMahon had chances for the home team but Glentoran’s skipper, Elliott Morris wasn’t really tested during the first 45 minutes. The Glens lost forward, Aaron Boyd with a thigh injury just before the half hour mark and it was his replacement, Richard Clarke, who almost created the first goal of the game on 37 minutes. Clarke’s pass found striker Mark Miskimmin in the area but as he was about to shoot Chris Casement pushed him to the ground. Penalty! Not according to referee Mervyn Smyth though and then to compound things he then showed a yellow card to Miskimmin for his protests. As the teams left the field after a goalless first half we were left, not for the first time this season, talking about the referee and not the game itself. 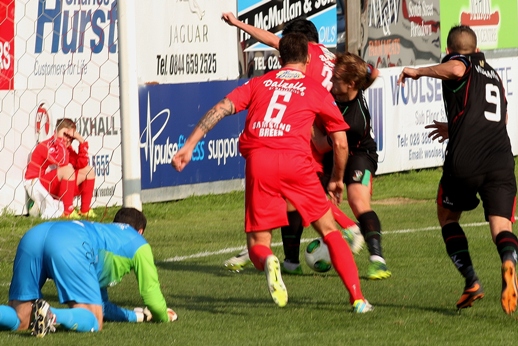 Portadown went close to breaking the deadlock in the opening minute of the second period; Braniff’s effort coming back of the bar. Miskimmin and Mark Clarke then tried their luck from distance but Miskelly was untroubled by either effort. McMahon was unlucky to see his shot on goal strike Gary Twigg but then just before the hour mark, Glentoran edged ahead. Marcus Kane, who got the winner against Portadown in the semi-final of the Irish Cup, curled in a beautiful shot from the edge of the area, giving Miskelly no chance. Whilst Kane’s cup semi-final goal was a scrappy close range affair, this strike was something special. A couple of minutes later an under hit back pass from Johnny Addis almost let the Ports in but Morris was quickly out to clear although he was injured in the process. On 67 minutes a long throw-in from Murray was headed over his own crossbar by Kane for a corner. Portadown, following a couple of minutes of sustained pressure, finally got an equaliser when Twigg headed home from just inside the 6-yard area from another corner. Minutes later Murray squandered a great chance when set up by Twigg, firing wide of the far post with the goal at his mercy. With 5 minutes remaining a long ball to the back post was headed goal wards by Twigg. Elliott Morris wasn’t able to get it over the bar and it fell to McMahon who scored from a yard out. In stoppage time Calum Birney was sent off following a tackle on Ryan McStay. It looked a lot worse than it actually was but Smyth was quick to produce the red card. 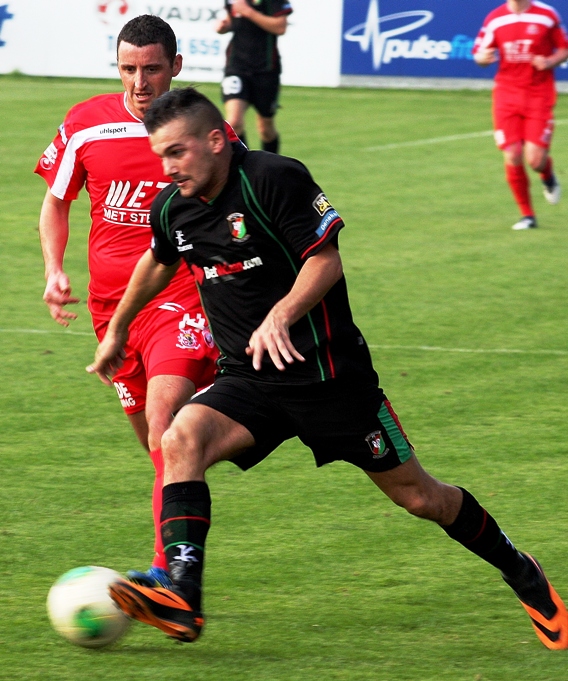