Saturday’s game against Carrick Rangers at the Oval saw the culmination of over a years work in a bid to restore the very unique WWII Type 24 Pill Box which has sat on top of Sydenham hill since its construction in 1940. Generations have grown up to accept the small incongruous building as a permanent fixture at the Oval. In recent years however, the building had fallen into disrepair. The fortification holds significant meaning not only for Glentoran, but for the whole of the city of Belfast as it is one of the few defences against the German Luftwaffe still in existence. 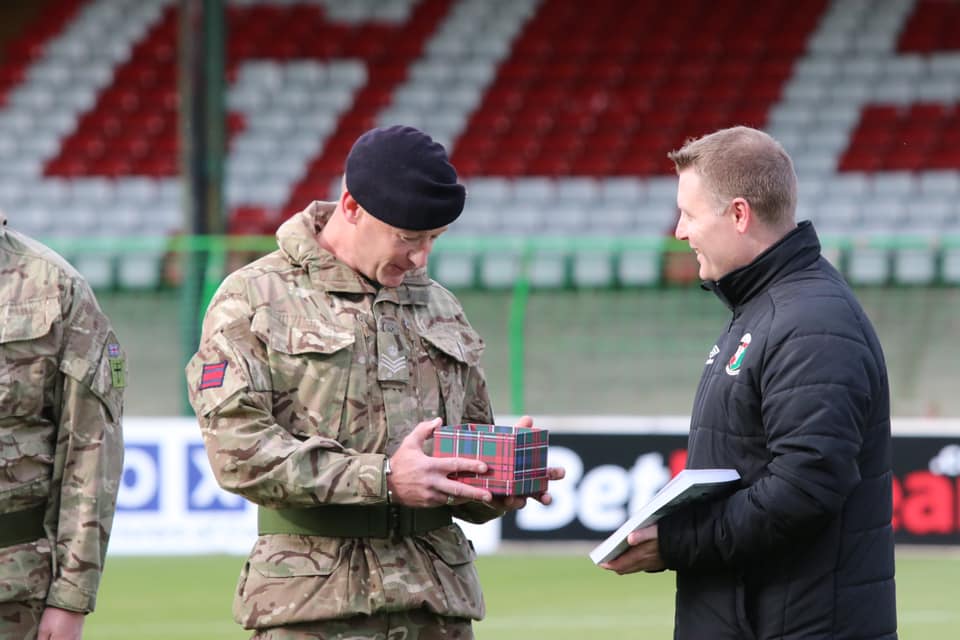 In October last year, the Glentoran Community Trust made contact with the regiment responsible for the buildings original construction, the Royal Engineers. Having carried out a number of site meetings and working hand in hand with the Department of the Communities, the men of 591(AA) FD SQN Engineer Regiment (Portadown detachment) along with members of the Community Trust commenced work on the project in July. In some of the worst weather conditions of the summer, the soldiers worked tirelessly to return the pill box to its original condition before it was manned by the men of the 5th battalion Gloucestershire Regiment in early Spring 1941. 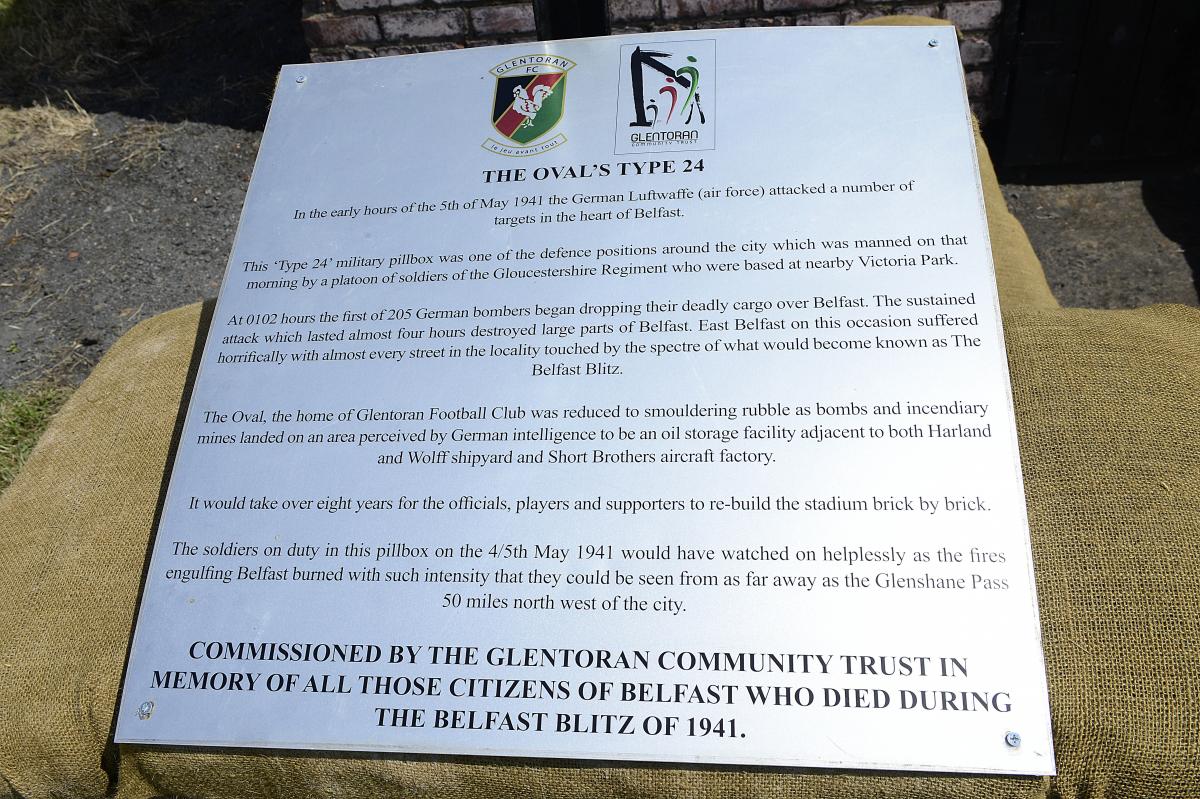 A short time later on 4th May 1941, those on duty in the pill box watched helplessly whilst both the stadium and huge swathes of the city and its heavy industry were destroyed.

Before our game at the weekend, Glentoran FC, as a small mark of our appreciation invited members of the unit who worked on the restoration back to the Oval as guests of the club. Accompanied by a piper, the soldiers were presented to a very appreciative Glentoran support, before they themselves presented Glentoran chairman, Stephen Henderson with a plaque to be erected on the building marking the regiment’s involvement in the project. 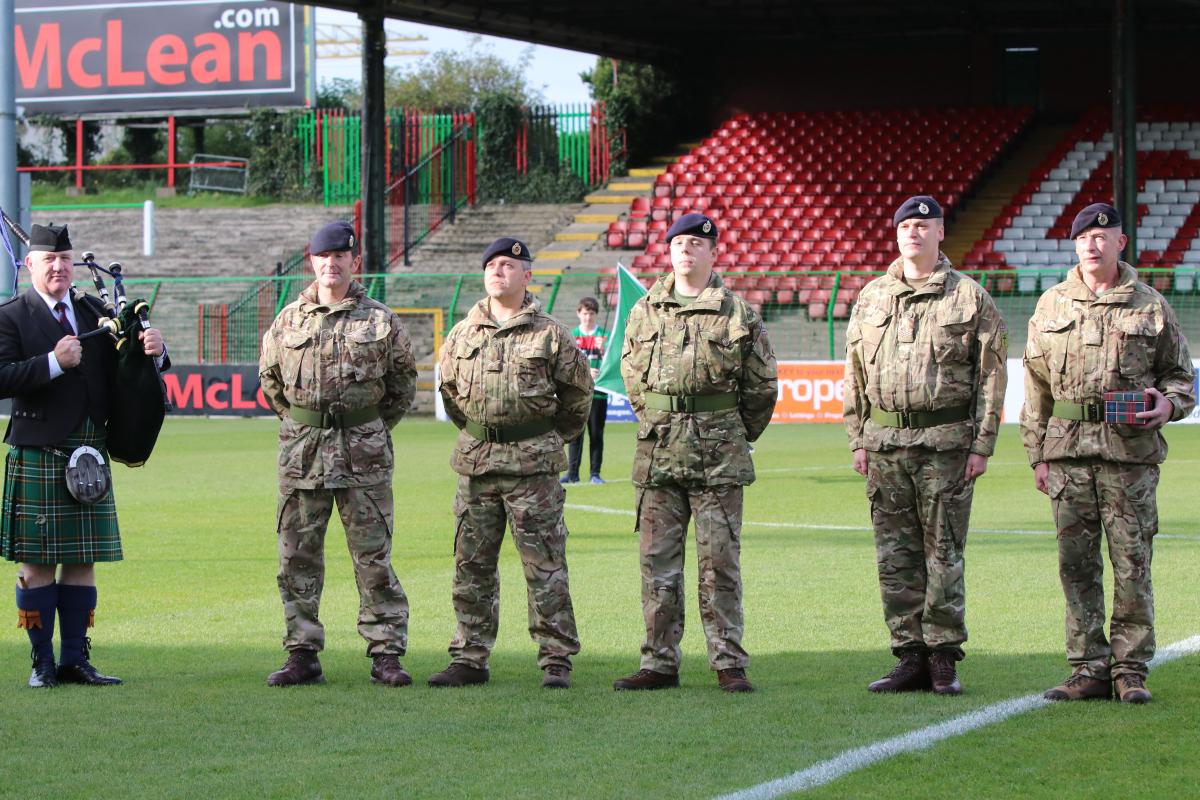 Speaking after the game, Sam Robinson, who oversaw the restoration said he couldn’t thank the Royal Engineers enough, not only for the amount of work carried out, but also for their professionalism and interest in the artefact itself. In turn the post has become the final stop on the Glentoran Groundhopper Tour, which is seeing a marked increase in foreign visitors to the club. When they hear of the story of the revival of the Glens after the war and the significance of the pill box they are amazed that it’s still here and can actually be visited. 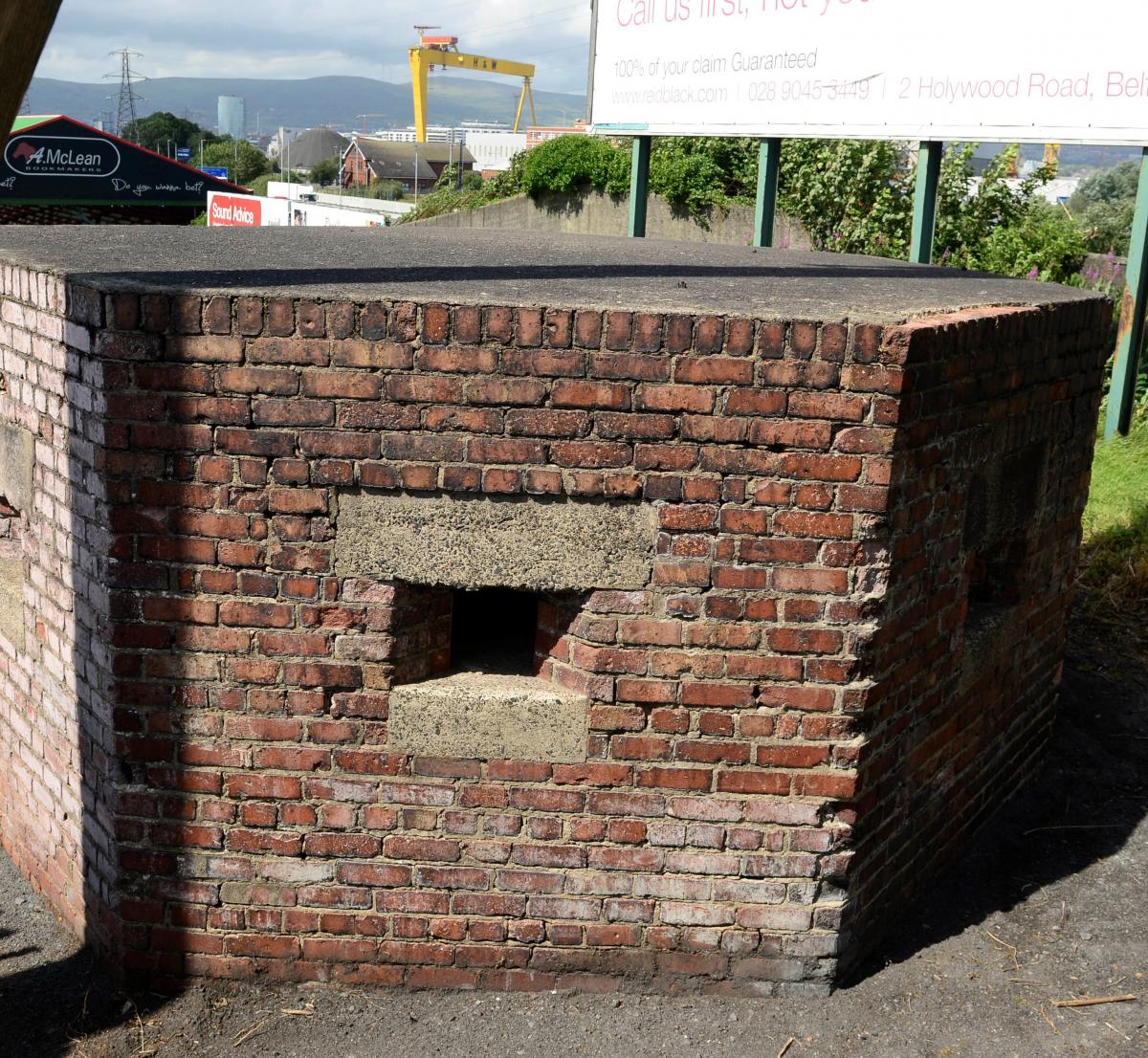 Whilst the pill box has been completely re-fitted and whilst there is absolutely no issue with children playing on or around the building at their own risk he did point out that since the work has been carried out, there have been two instances of the bolt being kicked from the door and of children kicking at the door itself to try and break it, during both the game against Larne and again actually on Saturday, it would be really appreciated if adults whose kids are up at the box or those responsible for supervision of our younger supporters could inform them of the significance of the place and discourage them from causing any further damage. 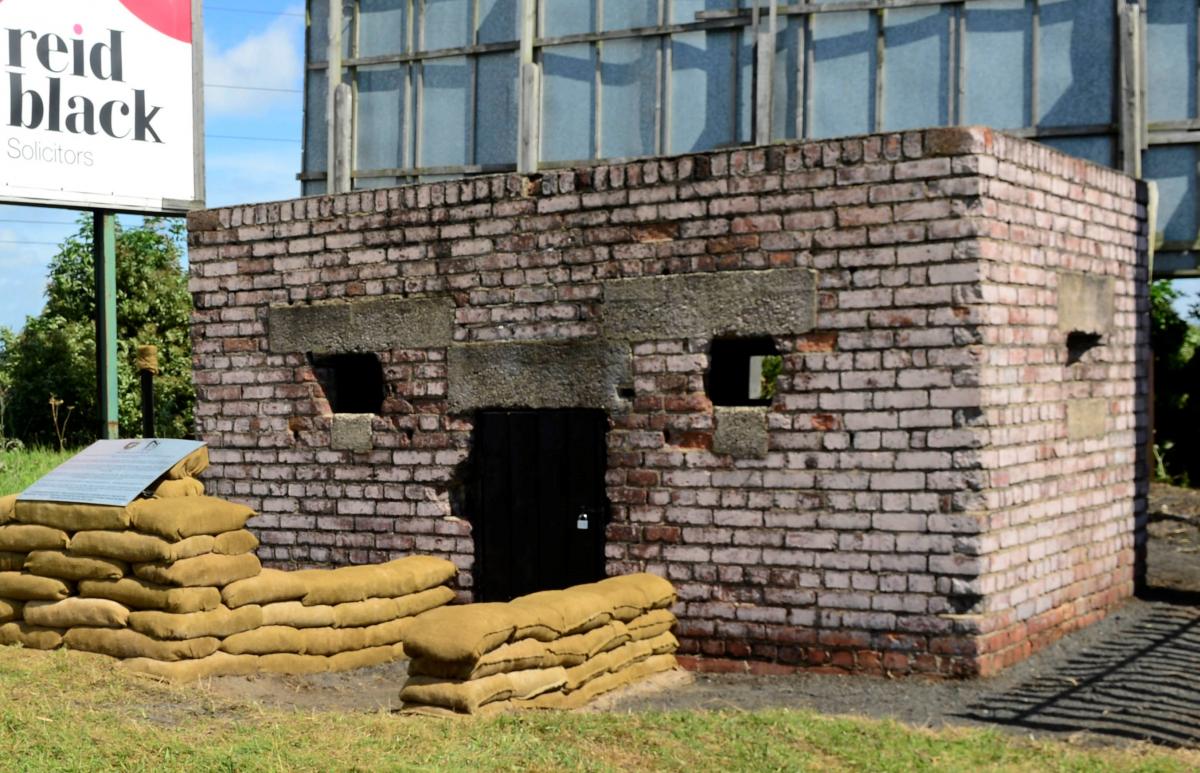