The Oval Sessions: The Graceland Conspiracy

This is the third in a new weekly series we intend to highlight local – predominantly East Belfast – artists to help bring their music to a new audience through www.glentoran.com. If you can think of anyone deserving of this support and coverage please email media@glentoran.com and we will do our best to cover them.

The Graceland Conspiracy is a 4-piece rock band based in East Belfast. Formed in 2014 the debut 'Glitter Spitter' EP was released on English independent label Nub Country Records in 2015. It was followed in 2017 by the 'Broken Chaos' EP featuring east Belfast singer Edelle McMahon which received several plays on Radio Ulster. April 2021 will see the release of a new EP 'The Hollow' which it's hoped will reach a wider audience.

Lead singer Colin Crooks described the band's sound as: " a mixture of US alternative bands like Eels/Dinosaur Jr, and UK indie bands such as Joy Division/The Jesus and Mary Chain with a healthy dose of East Belfast thrown in".

The current band members all have extensive touring experience across Ireland having played with the likes of the Manic Street Preachers, The Mission and Ash. The exception being Eddy who joined from London, via Sheffield having played in numerous bands in both cities, now relocated to East Belfast.

Colin – a Glenman – said of his support for the club: “My connection to the Glens goes way back to my school days watching Cleary, Manley and Blackledge. The game I remember best is the 5-4 home win over Coleraine, coming from 4-1 down in 1998. My favourite moment at the Oval is in photo of me coming out of the tunnel with Jim Cleary at one of Paul Leeman's testimonial 'Live your dream' games. That was as close as I got to Cleary all night - a class act. I still attend games on a regular basis whenever I can (and lockdown permits) it's great to see the positive and professional vibe around The Oval since Mick McDermott took over. It's just a matter of time before we get back to where we should be, at the top of the league”. 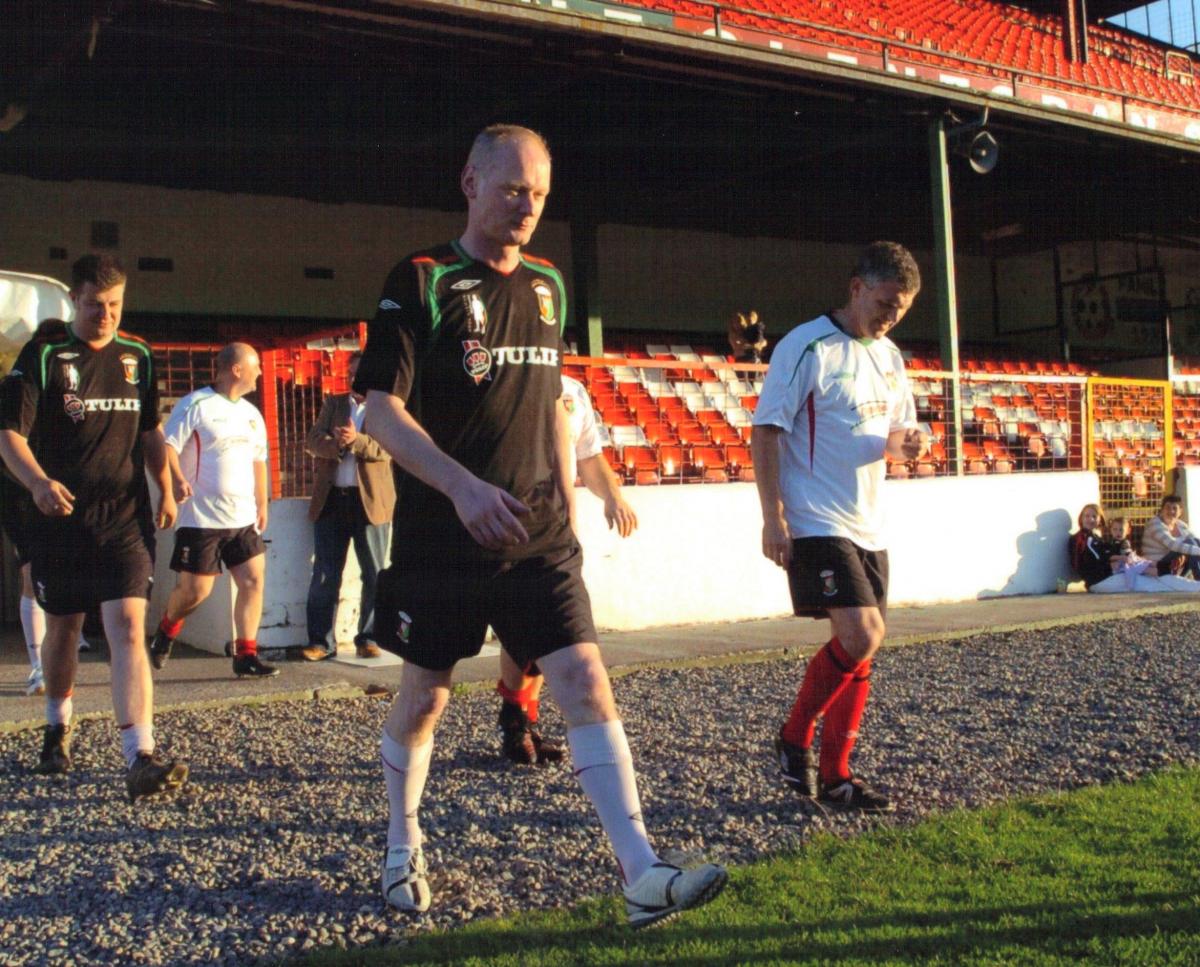 You can find out more about the Graceland Conspiracy on