With the Itish Cup now safely back at the Oval, it was nicely appropriate that last night the Glentoran Legends squad and their manager Philip Stevenson visited the stadium last night for a training session and to meet Mick McDermott and the 2020 squad. Including four title winning captains - Rab McCreery, Jim Cleary, John Devine and Paul Leeman, it's scary to imagine how many winners medals these guys have between them but great to know the current lads have started on the path to emulating them. 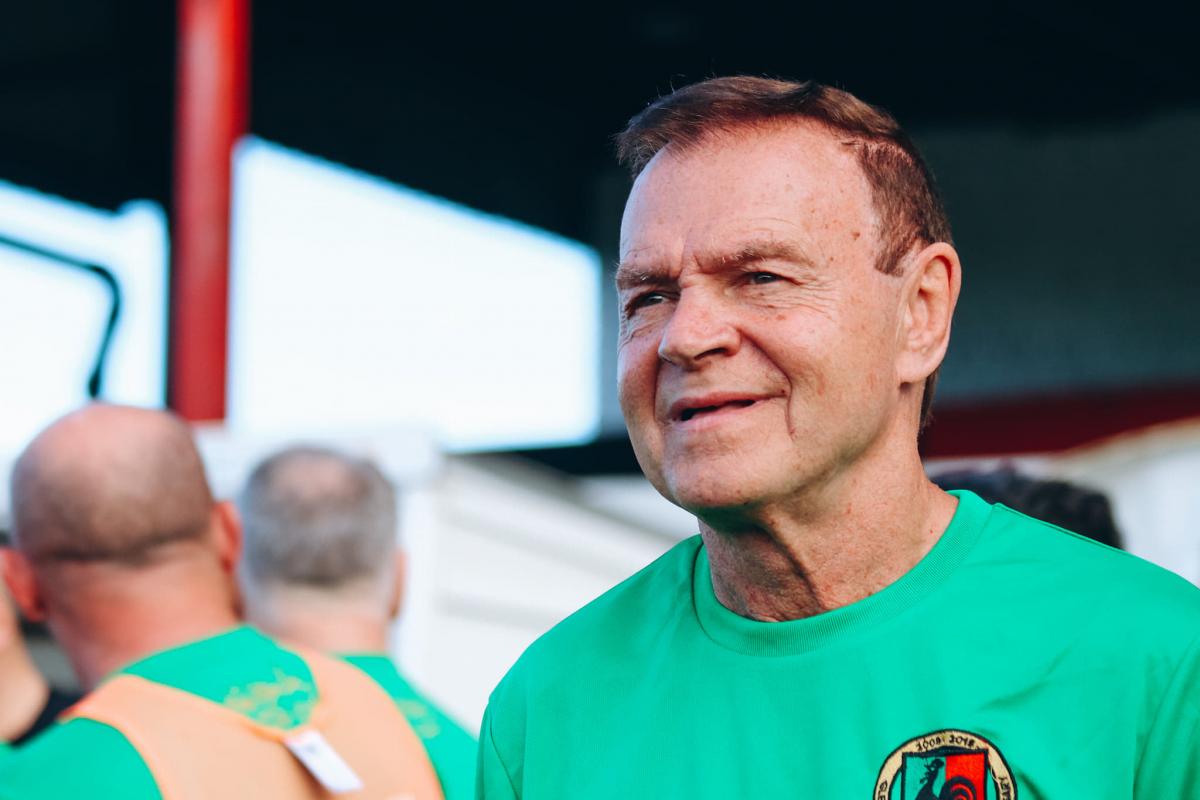 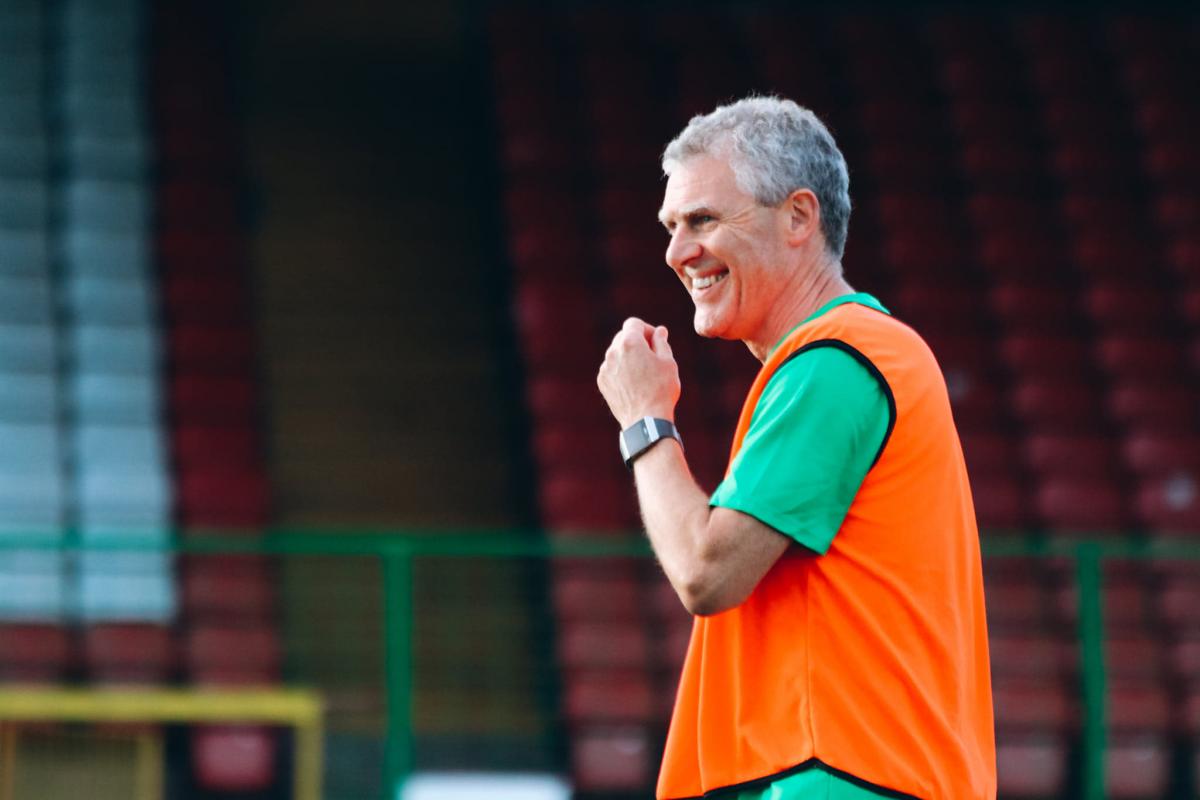 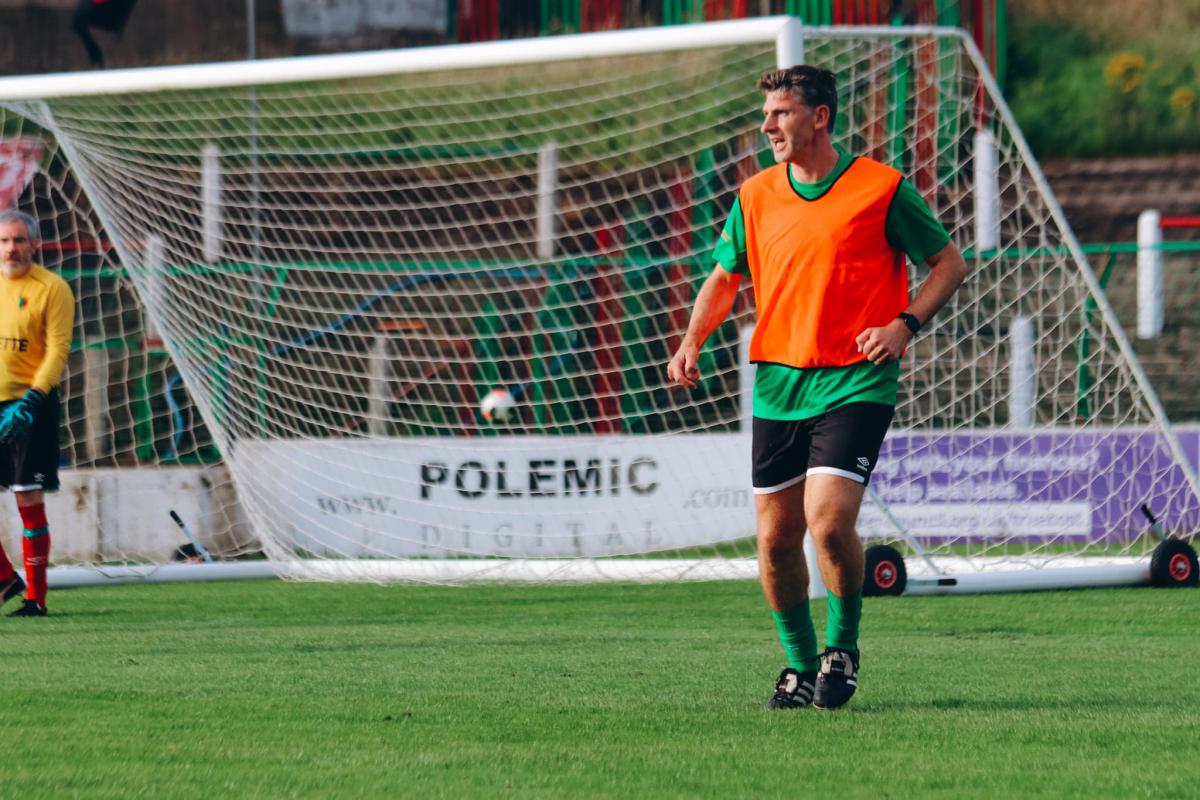 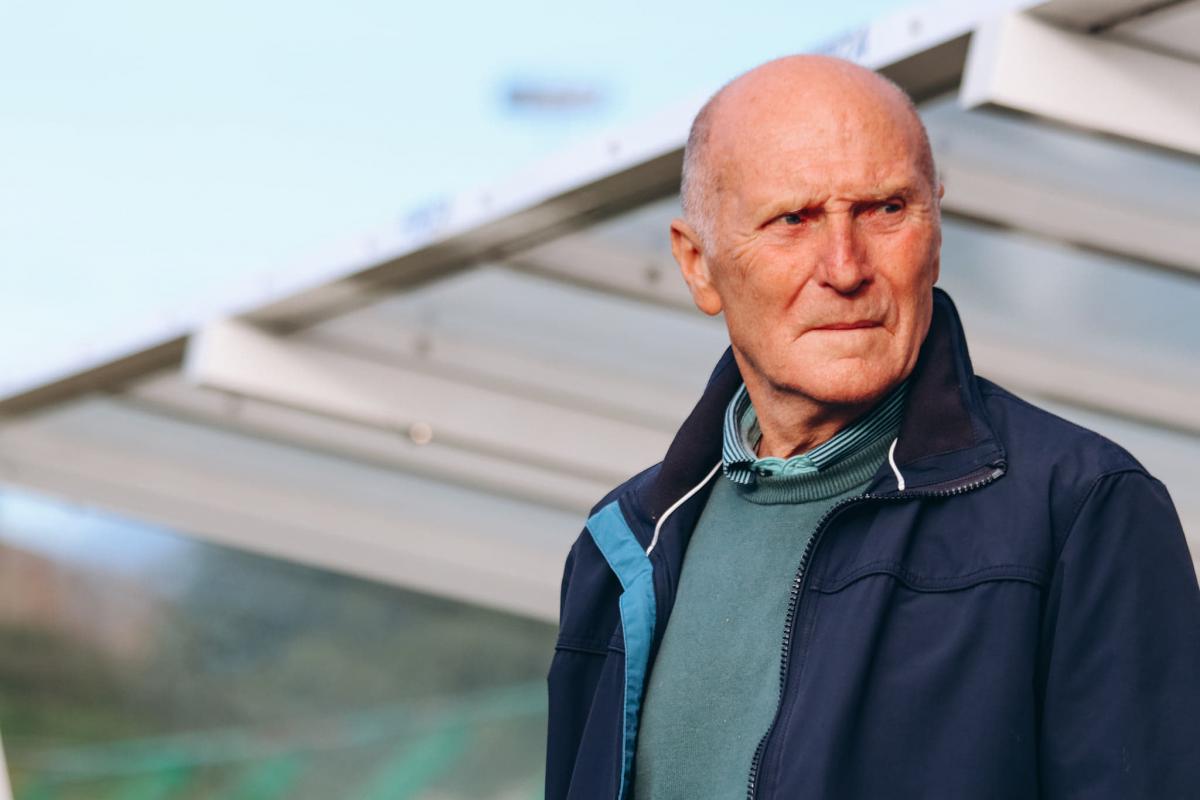 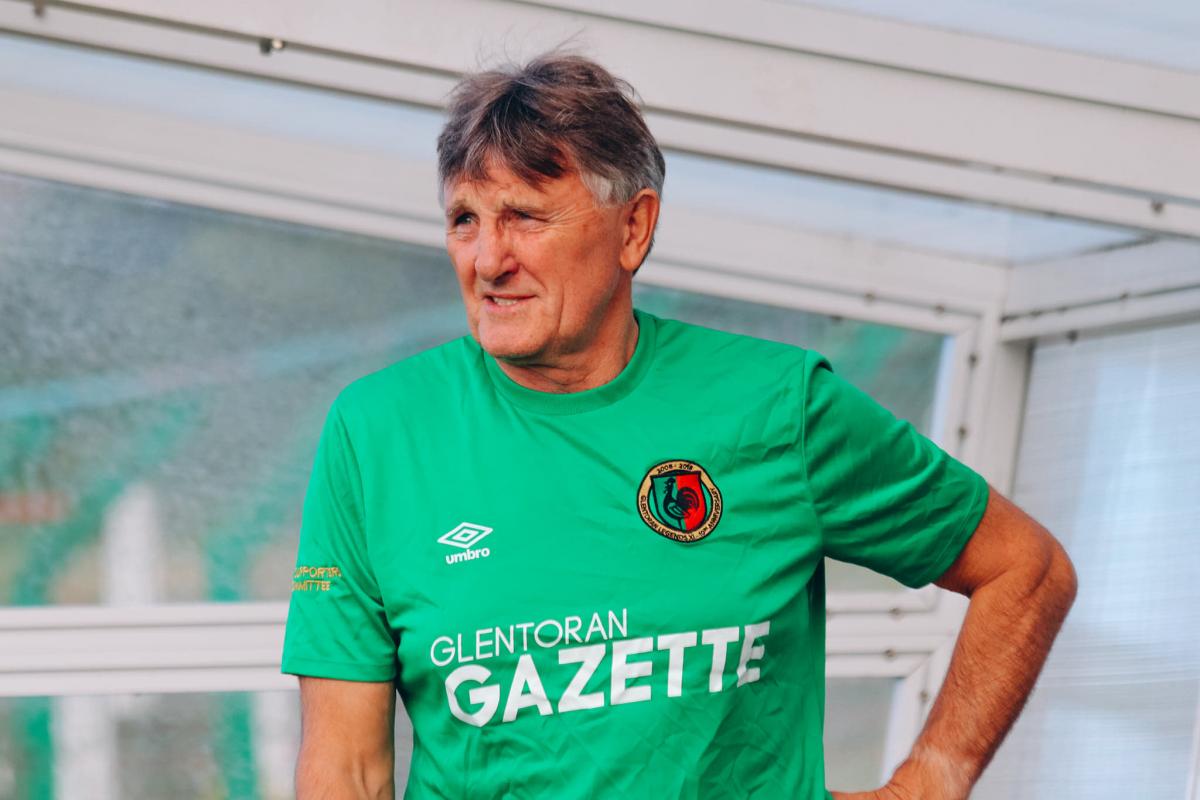 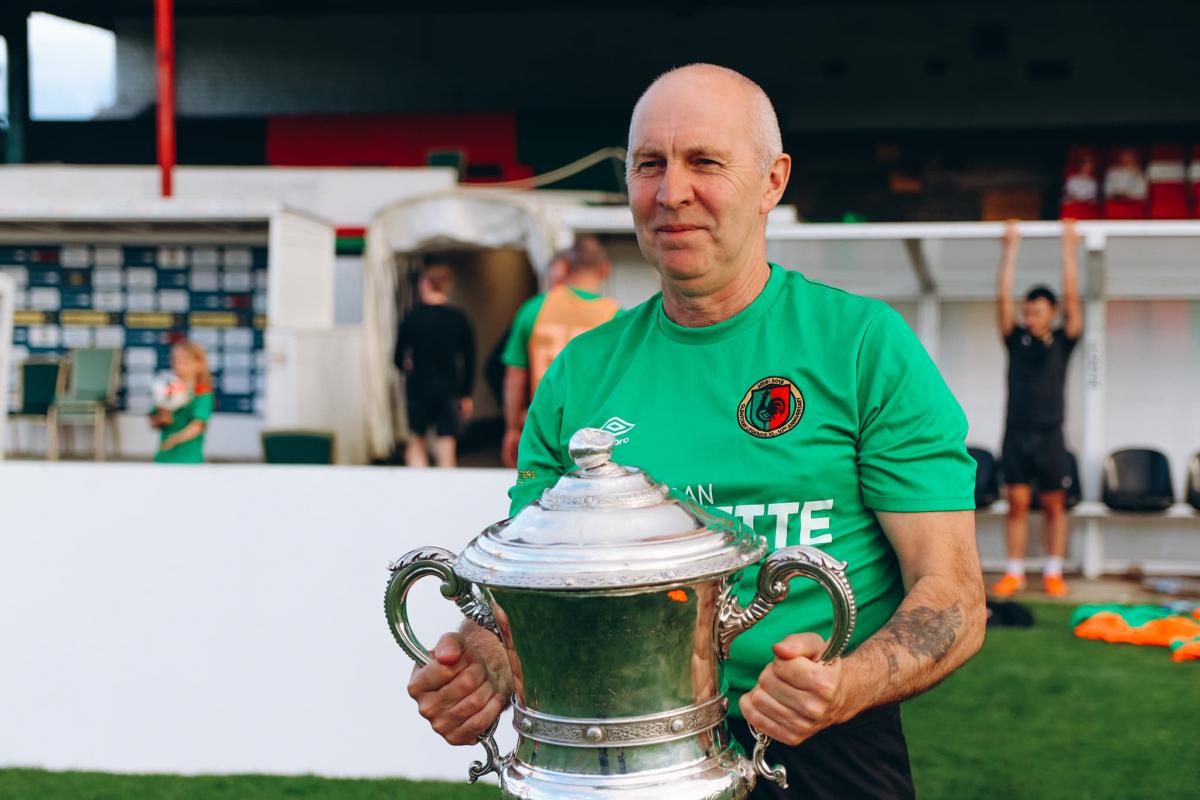 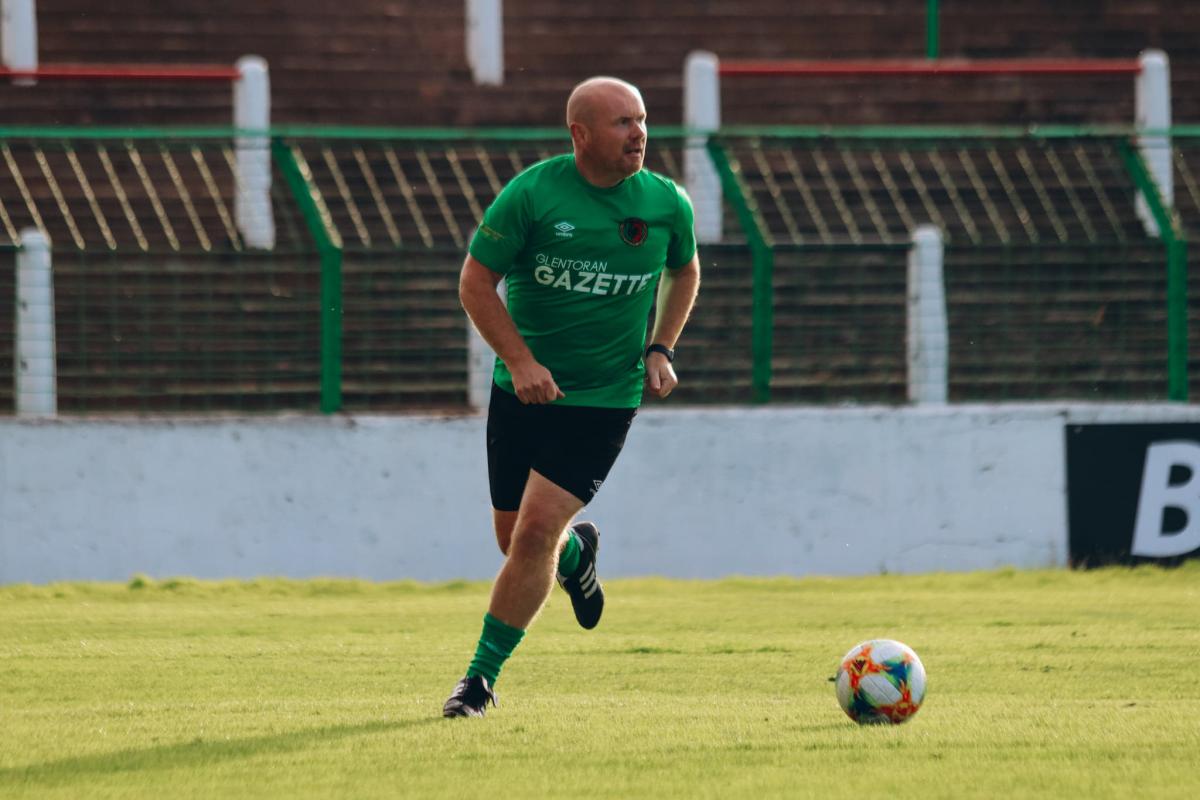 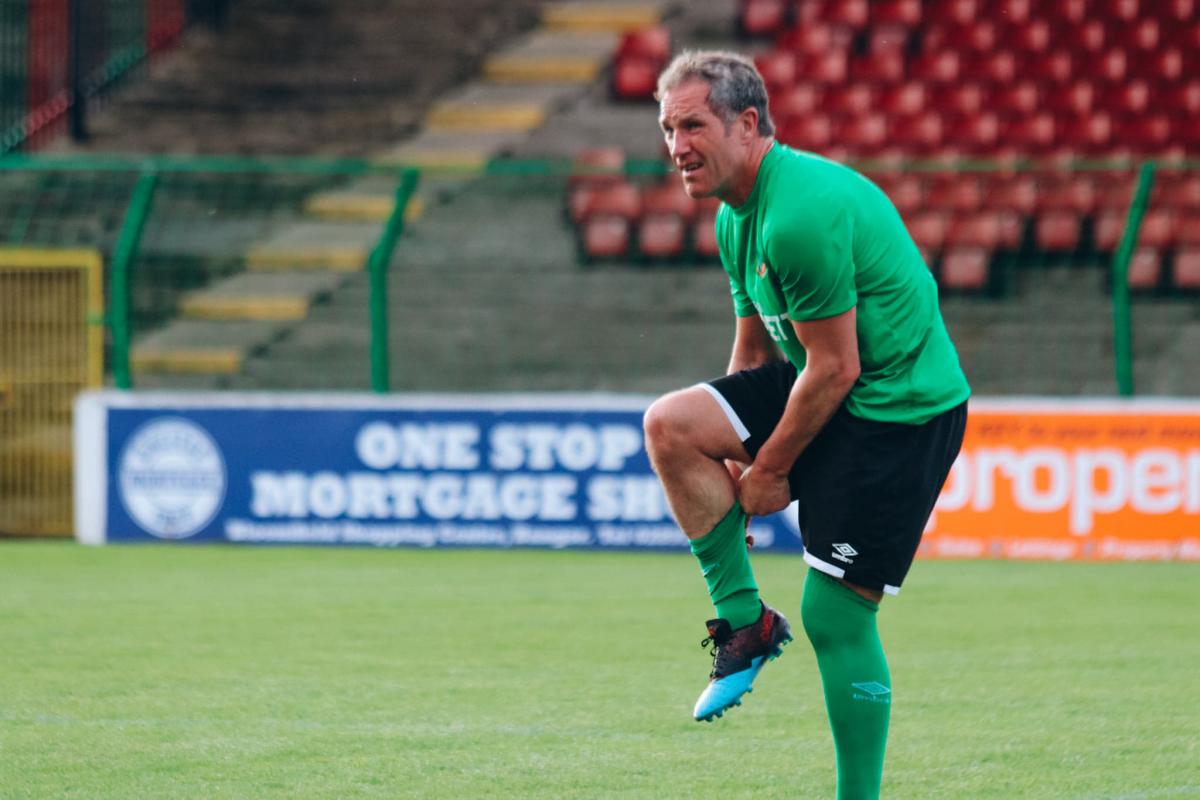 For a number of generations, the greatest Glentoran left back they've seen - Mark Glendenning 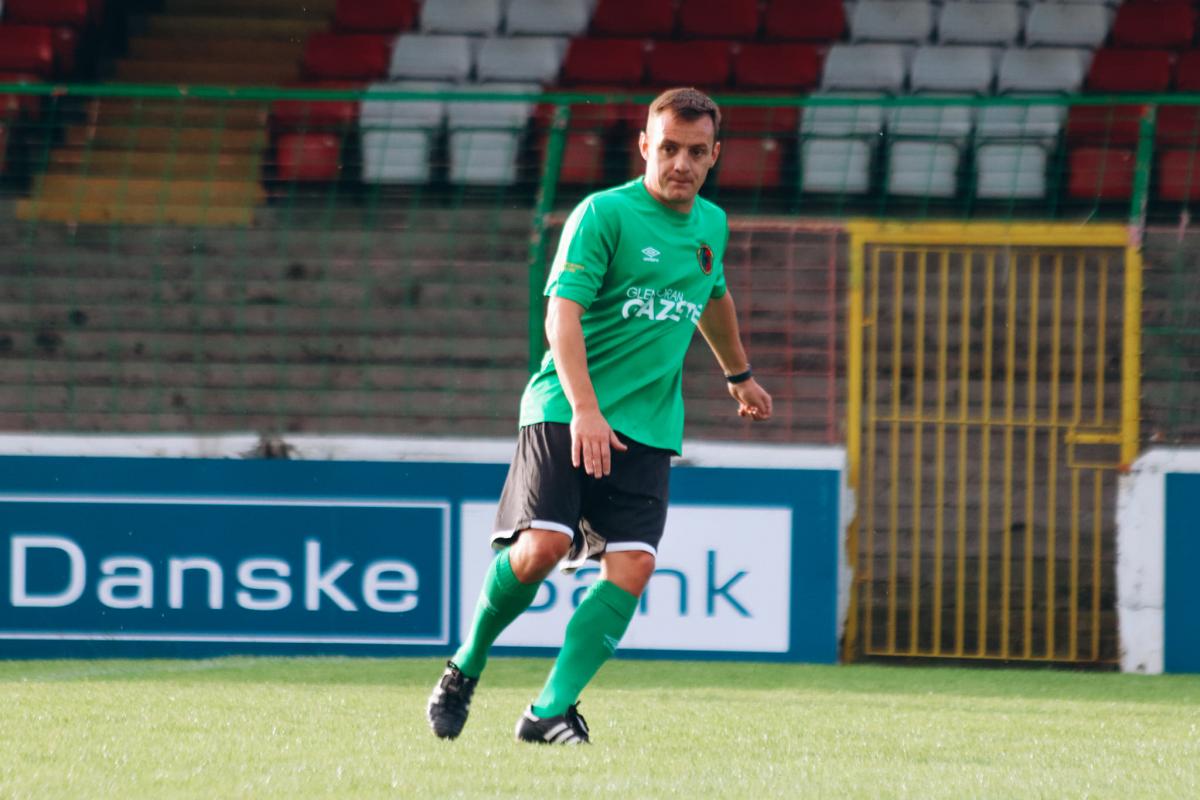 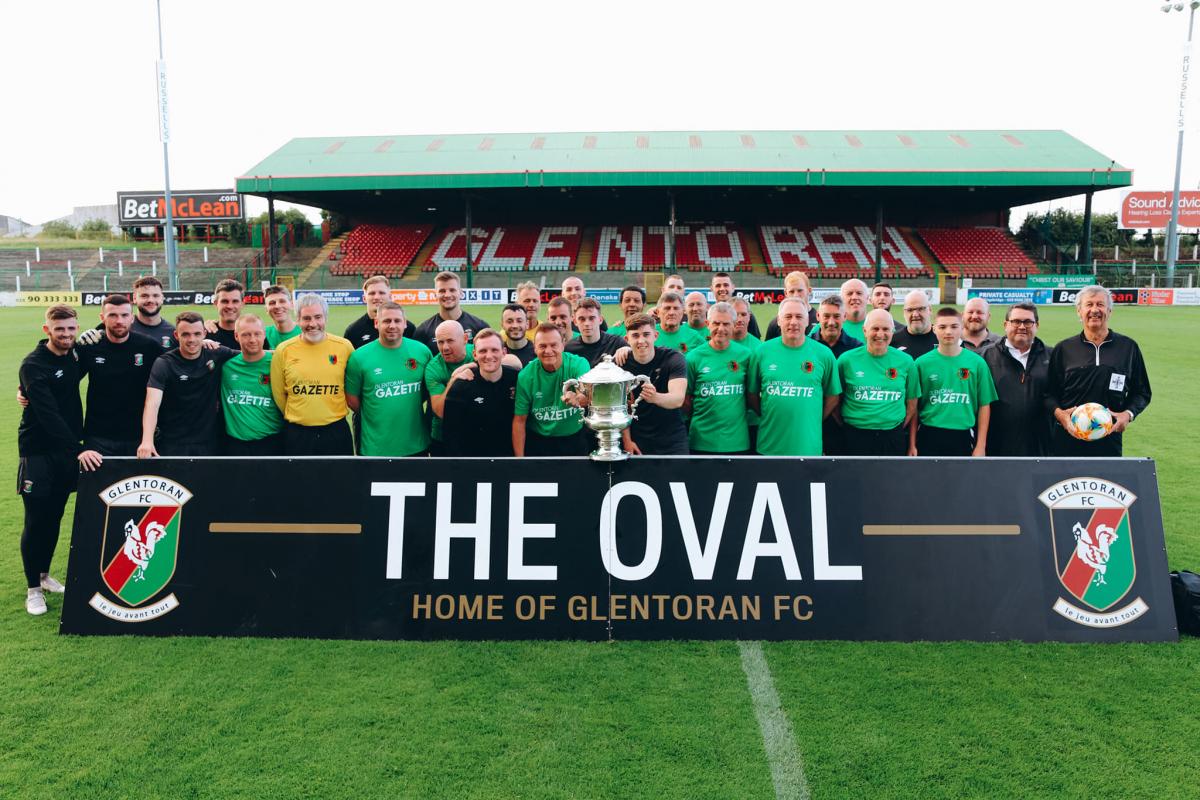 The Legends with the current squad and the Irish Cup. 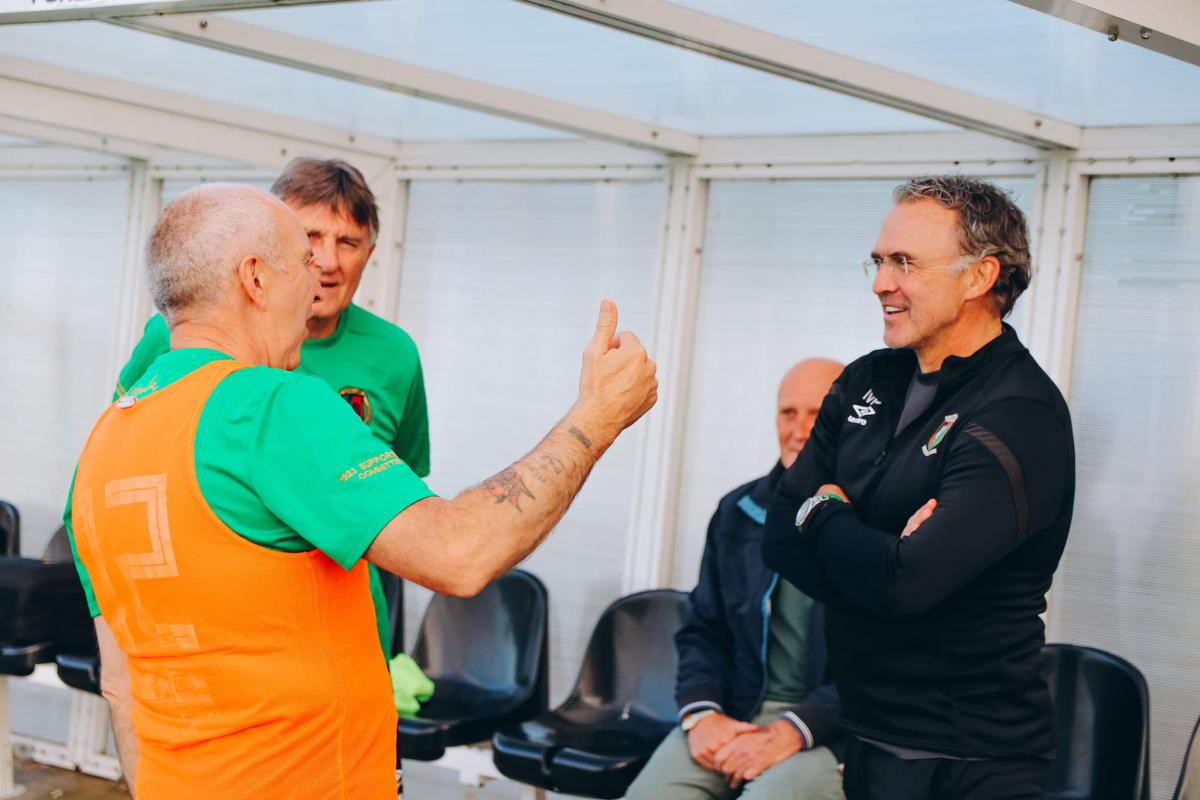 Nuts and Casko tell Mick how to win the Double. 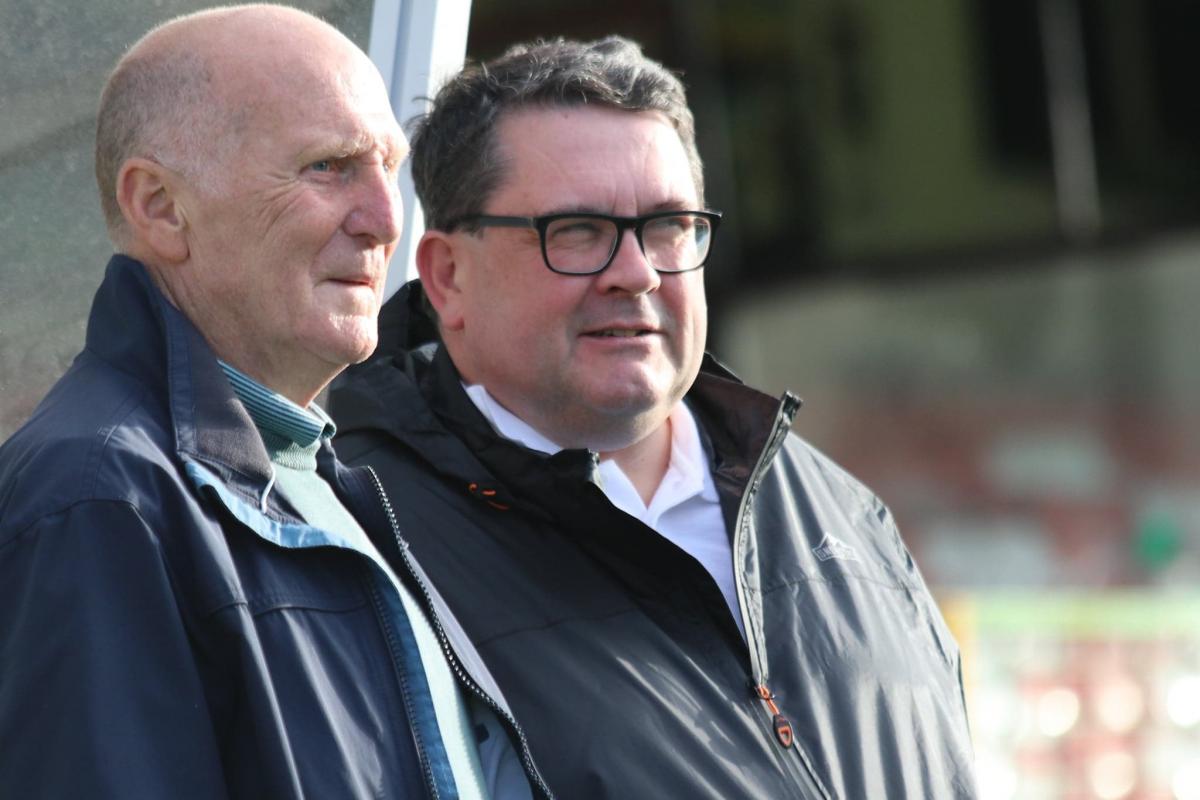 Philip Stevenson learning from the master 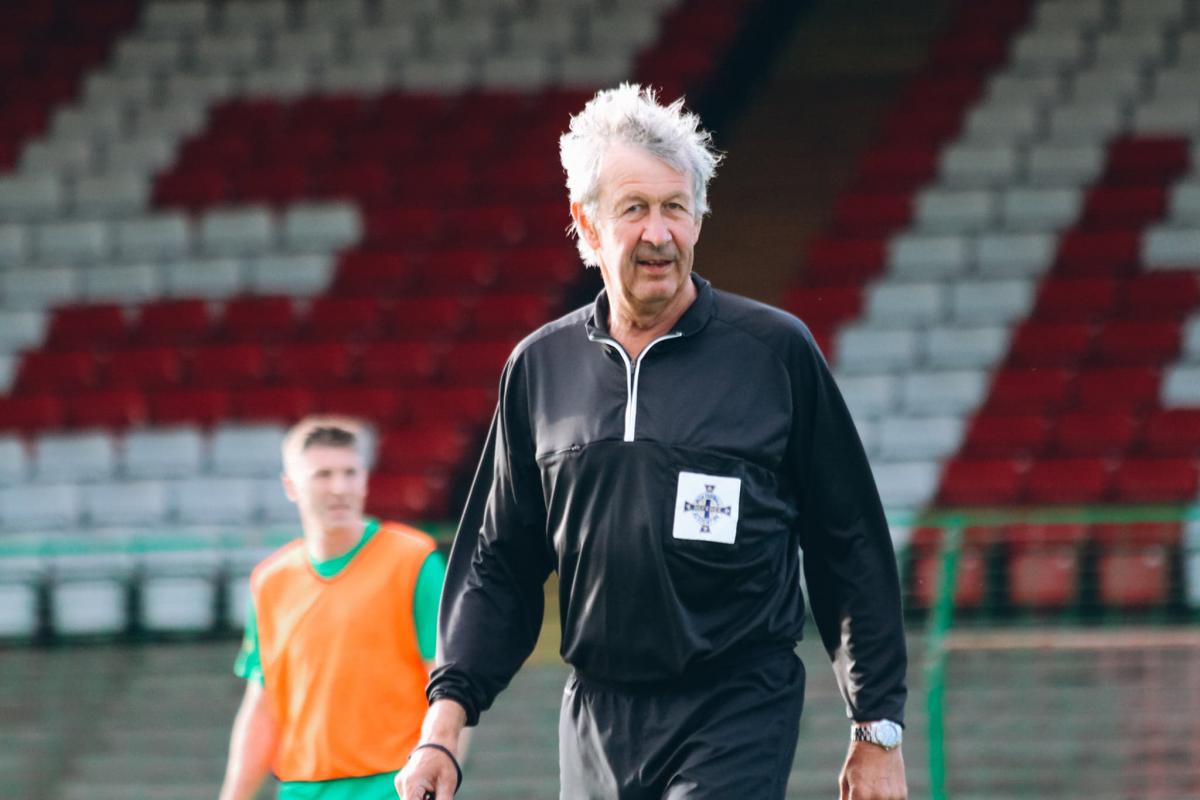