It is with great regret and sadness that we confirm the passing of lifelong Glenman and long serving member of the Ballymac GSC, Roy Miller.

Roy served as Chairman of the Ballymac for several years in the early 1990s when the club was based in the Oval. He was a very active member of players’ benefit committees from the era of Raymond Morrison and George Neill through to the latter days of Colin Nixon and Paul Leeman, and the value of his hard work and input value was consistently appreciated by all the recipient players. He was also President of the First Newtownards GSC 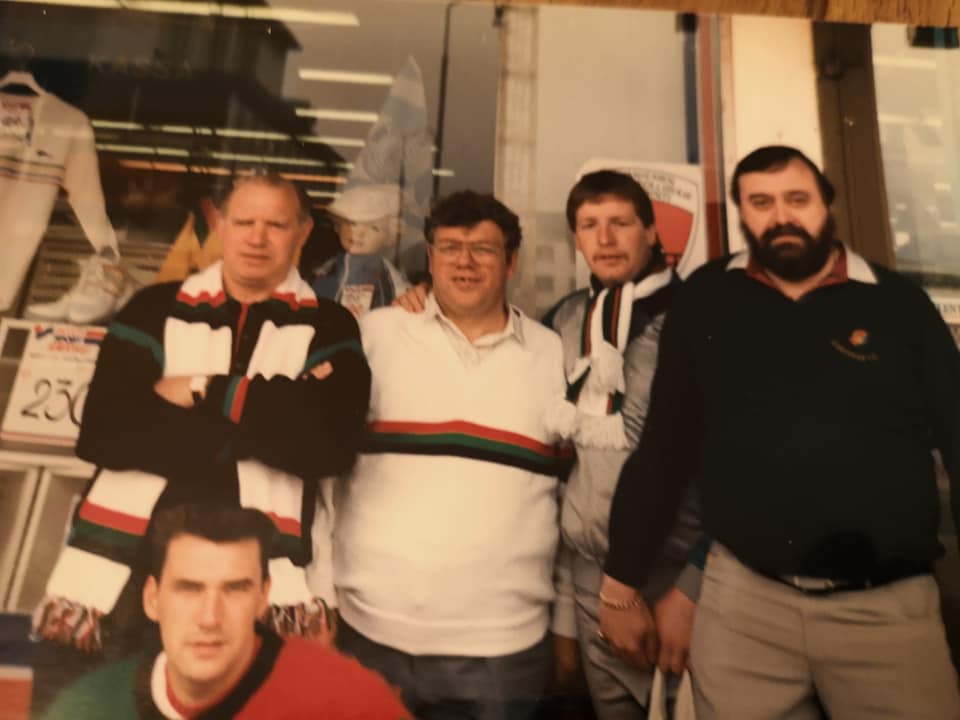 Ballymac Chairman Thomas Sewell said of Roy: “He was a great member and former chairman of our club. He joined in 1983, when the Ballymac was just a few years old, and was always great on our European trips, most recently when he went with us to Nijmegen in 2017. Roy was still active at all our functions throughout his later years and he will be very sadly missed by everyone at the Ballymac”

First Newtownards Chairman William Kitchen: "Deepest condolences are offered from all of Roy's friends in 1st Newtownards GSC, where Roy was a well-respected President of the club for many years. Roy & his wife Christine have been at many of our functions, and they have supported our club in more ways than can be stated. Roy will be sorely missed by us all. Our own late Chairman, Billy Kitchen, held Roy in the highest of regard, as a friend, a fellow Glenmen, and a confidant. Our members extend our sympathies to Roy's wife & family at this most difficult time."

Deepest condolences from everyone at Glentoran to Roy’s widow, Christine, his children Nichola, Caroline and Robert, his grandsons Chris, Nick, Matthew, Scott, Owen and Seth. Condolences to Roy’s sister Elsie and nieces Jo-Anne and Nolene Dougan. Roy lost his first wife Rose some years ago.

Funeral service will be held at St Patrick’s Church of Ireland, Ballymacarratt, Belfast, on Friday February 28 at 11.00am, followed by committal in Roselawn Cemetery at 1pm. 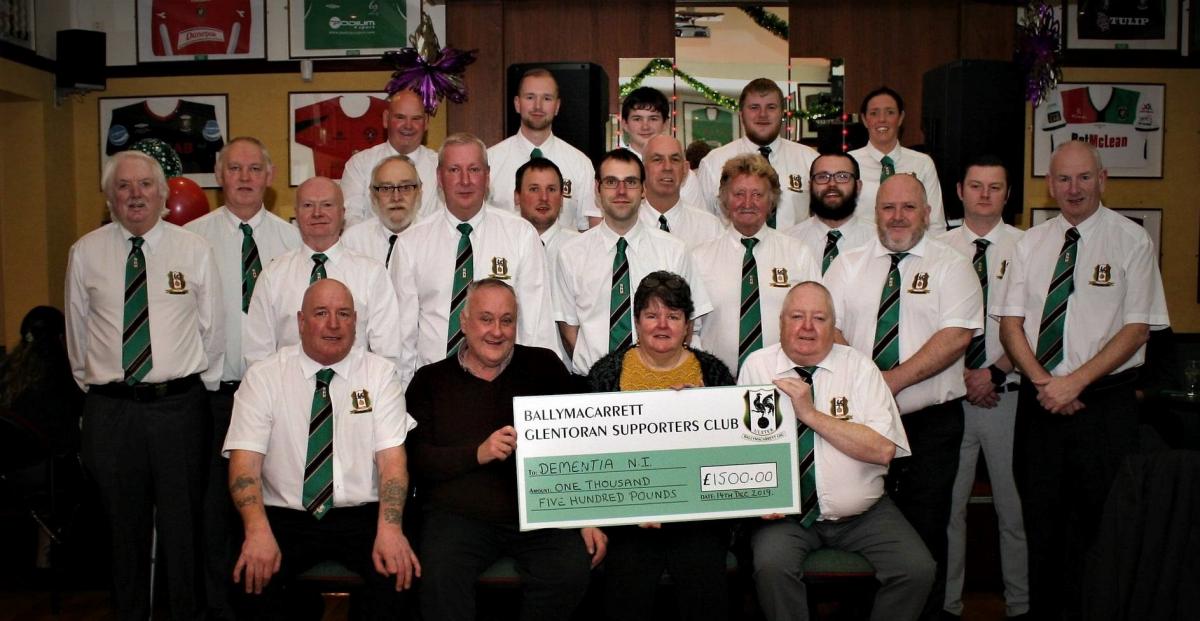 Roy (fourth left, middle row) at one of his final Ballymac GSC functions. The club's charity presentation to Dementia NI in November 2019.