Sam Robinson pays tribute to his good friend and lifelong Glenman and long term club volunteer, Michael Fee, who sadly passed away at the weekend.

Sometimes, when I'm at the Oval, I find myself people watching. Many of the faces in the crowd I recognise. I've known them for decades upon decades, from joyous cup finals, through the blue light, grey Land Rover police escort era of the late 70s and early 80s, on the long marches begun outside Nabney's and ended in the bench seats of the railway stand at the National Stadium, through pitch invasions at Coleraine, Carrick and Drumahoe, where the Gibson Cup was won, and in the airports and pubs of cities all across the continent. Half a century of familiar faces and incredible memories.

Sometimes though, instead of the people, I look at the spaces on the terraces and in the stands and wonder, who used to stand here? For me, there are spaces at the Oval which will never be filled, such are the calibre of those who have left us down through years.

Last weekend another space appeared on the terraces and also in many of our lives.

Michael Fee was my great friend. It was a bond that transcended the modern day social media perception of friendship. Michael Fee was the kindest of people, a gentleman who would go to the ends of the earth for you at the drop of a hat. 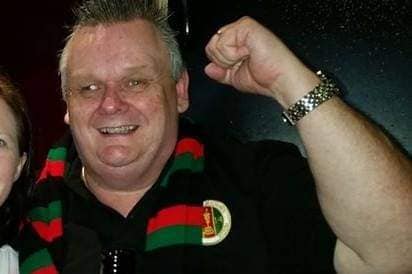 Michael many moons ago made a magnificent gesture to me, and in doing so, he gave me an injection of self-confidence I had been lacking for the longest time. It was an act I have never forgotten. Both he and his wonderful wife Michelle were at our wedding. We shared running jokes, shared our concerns at the slings and arrows of misfortune during darker days at our beloved club and always, always greeted each other with a smile and a hug when we met, down at the Oval on a Saturday.

That's what Glentoran people do, right?

I knew Michael's health had been failing. He dealt with illness in the same way he dealt with everything, with a smile, a sense of humour, a distinct lack of self-pity and without a modicum of fuss.

I think it's a way that is engrained in East Belfast folk. Michael wore his love of this small part of the world and his football club with a pride and passion that lies within us all.

I knew the man for almost three decades. A constant at the Oval and a character who stepped up to the plate time and time again, in whatever role his dedication required, be it looking after club mascots, helping to fashion the incredible academy we are proud to exalt today along with his lifelong mate Kaiser, to producing the club's season tickets year on year, or by serving the Castlereagh Glentoran Supporters Club, an institution he held desperately dear to his heart.

Beyond the love of his life his wife Michelle and his family and friends, he had two passions, football, and music.

In my opinion, four monumental men emerged from four terraced houses in a street in the Bloomfield district of East Belfast less than twenty yards from each other. Hyndford Street, nurtured the world renowned musician and poet Van Morrison, WWIII war hero and grandfather of the curation of Glentoran's history Eric Wright, Vienna Cup legend, Scottish full-back James Reid and my friend Michael. They are all woven into the beautiful tapestry of the East.

When Michael phoned me last week from his hospital bed, he didn't call to tell me good news. He needed to tell me that his race was run and that he had but five weeks to do what he needed to do before he was called home. One of those circles he needed to close was one final visit to (what he called on that fateful afternoon when last we spoke) " God's Country"

I said straight away to my wife when we’d finished talking, “that's why it's always in the blood.” He'd received the devastating news of his prognosis only an hour or so earlier, and in that instant he knew that he needed to make one last visit down to the Oval, a place he’d frequented from his boyhood.

He asked me if I could organise it. I told Michael that for him, we could do it one thousand times over.

But the sands of time slipped away too quickly, and we never got to make one last trip down Mersey Street together in the living years.....but in his final request and that of his family, we'll make it happen for him, of that he can rest assured.

There's a space left by Michael Fee that will never be filled at the Oval, and both I and my family along with everyone who knew him at Glentoran will miss him desperately.

He adored the music of Van Morrison, his near neighbour and fellow son of the East. In the days after Michael's passing, the words of Van's song Into the Mystic, continue to echo in my ears...

“When that fog horn blows

You know I will be coming home

When that fog horn whistle blows

I gotta hear it

I don't have to fear it

And I, wanna rock your gypsy soul

Just like way back in the days of old

And together we will float

Float into the mystic Michael, it was an honour and a privilege to have known you my friend.

All our love and deepest sympathies are extended to his wife Michelle and to his family.

“We were born before the wind.” 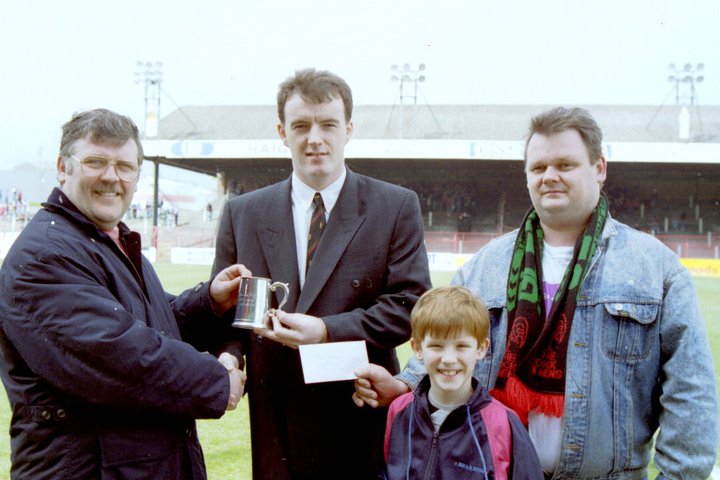