Some words of tribute and remembrance from the Castlereagh Glentoran Supporters Club for their long standing friend and member Albert Kirk, who sadly passed away at the weekend.

As chairman of Castlereagh Glentoran Supporters Club (CGSC), it is my sad duty to announce that our former chairman, committee member and esteemed member Mr Albert Kirk, passed away on Sunday the 29th of March in The Ulster Hospital. Firstly as a club, our thoughts and prayers are with his family circle at this painful time.

Albert was a proud East Belfast native, a lifelong, ardent Glenman; who for decades faithfully followed the Glens home and away, throughout these islands and further afield, with memorable trips watching the wee cock n hens over in Europe.

His association with The Castlereagh Glens itself stretches back many years. Albert was a steadfast member of the club, who fulfilled all obligations and duties with admirable unselfishness. He never shied away from commenting on matters that he felt passionate about or failed to challenge those who voiced opinions he felt ran counter to the good running of the club or the wider interests of the Glens. Importantly, he accomplished this by never being unnecessarily aggressive or being angry. Albert was one of life’s gentlemen and making enemies was not on his agenda…he embodied the ethos of our club.

He had been a committee member prior to becoming chairman, a post he took up with some gusto (When he took the chair for his first meeting, I jokingly remarked that “he looked a wee bit like Ming The Merciless”).  Even though he was in his 70s and was beginning to have failing health problems, he stepped up to the mark. Many club members would have understood if he had rejected the role, but that character trait of service came to the fore. Albert served his year as chairman with distinction and he oversaw the good running of our club…a hard act to follow. 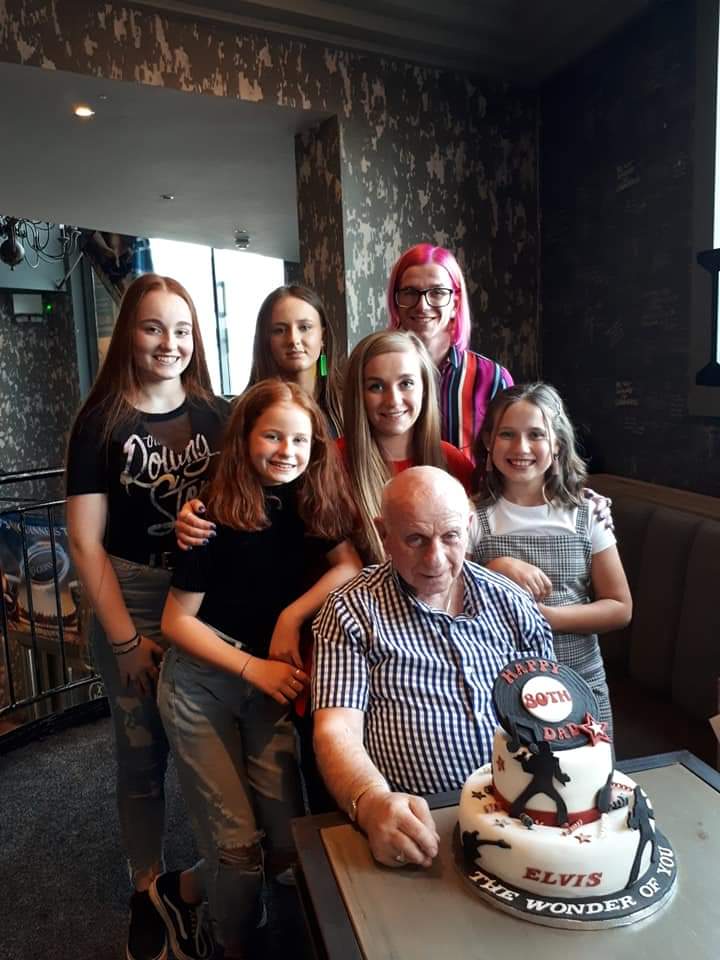 Albert on his 80th birthday party with his grandchildren.

Outside of the sphere of football, Albert was a great family man to his three daughters, Donna, Joanne, Nicola and to his grandchildren. He was totally devoted to his wife Louie, who unfortunately passed away a few years ago…now reunited.

His loving daughters have informed his close friend and club treasurer, Davy Stewart, that their dad has been dressed in his CGSC green club blazer, sporting a Glens tie and draped with a Glentoran scarf…” just how he would have wanted”. Dapper indeed.

Unfortunately, due to social restrictions imposed because of the Corona Virus, only immediate family members will be allowed to attend his funeral. This is a great blow to club members wishing to pay their respects but understandable. As a supporters club we will make sure our friend will get a suitable commemoration when circumstances allow it.

Albert, you will be sorely missed, you have left a void in the club that will be hard to fill; but you have left us with many happy memories and stories that will be told time and time again…by grieving friends now, but later, with those recollections…beaming smiles.

PS I would like to thank Ian Clarke, who on hearing about Albert, contacted me directly and offered to post this on the Glens website…cheers Ian.

Sometimes more than just a club. 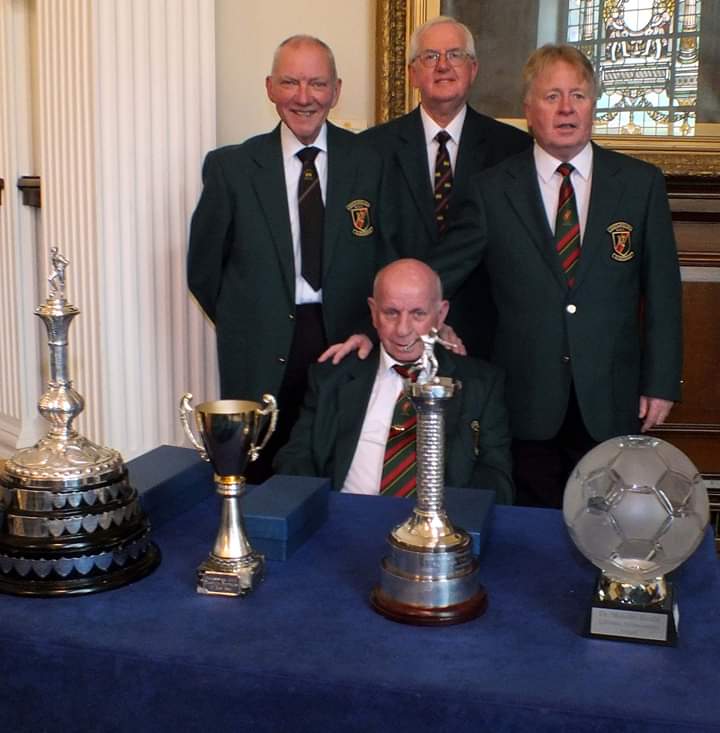 Albert sitting at The Ulster Footballer of the Year awards ceremony, with other CGSC members.